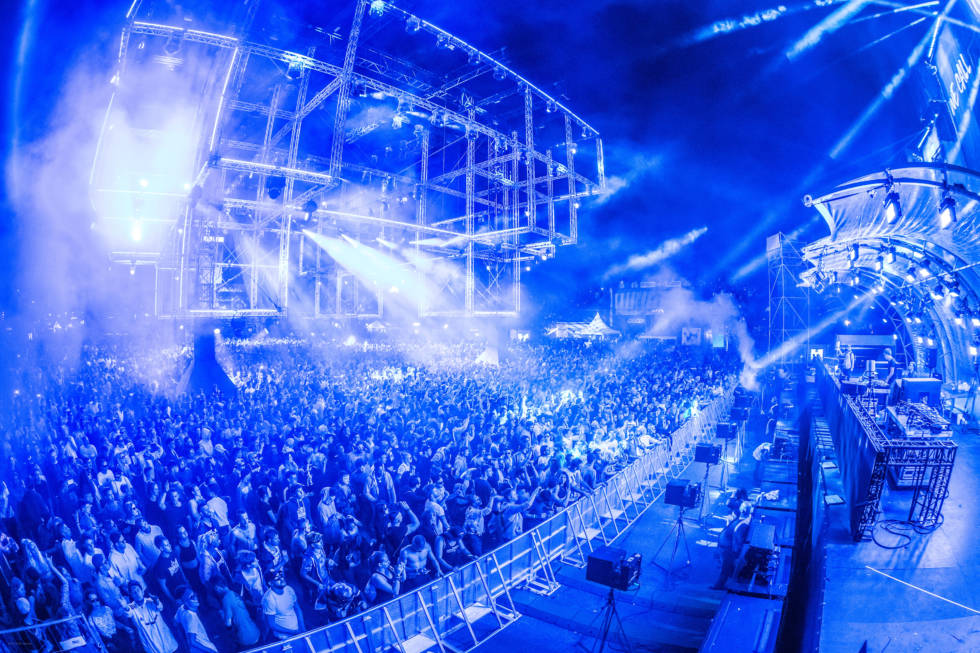 The annual pilgrimage by Germany’s dance aficionados to the Nature One electronic music festival again saw a capacity crowd of 65,000 assemble at the Pydna Missile Base in Kastellaun. The setting of this former NATO missile base in the west of the country has proved to be the perfect location to host an event featuring over 20 stages.

Promoters I-Motion are on a mission to keep the event fresh, despite the fact it is now more than 20 years old, and the brief to the event’s long-term LD, Thomas Gerdon was to come up with another new design concept for the Main Open-Air floor at the 2017 edition. He did this with the aid of GLP’s unique lighting solutions. 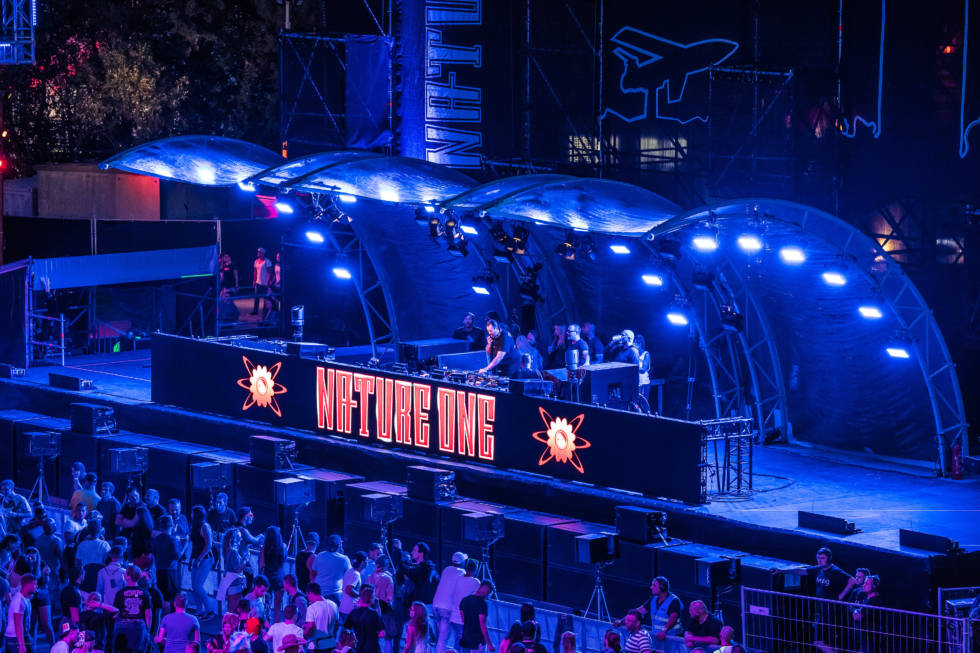 “This year I wanted to do something completely different,” he confirms. “So, I decided to create a large cube made out of truss — small on the downside and much wider on the top.”

To animate this and the DJ stage he dipped heavily into the GLP catalogue, requisitioning 120 of the GT-1 fixtures, 108 impression X4 L and 48 of the new GLP JDC-1 strobe from vendors, PRG. And he was certainly pleased that he did, as over the duration of the three-day event not one fixture failed, or needed to be changed — despite being exposed to all weathers and humidity changes. “This is an absolutely stunning statistic,” he exclaimed. “The fixtures took everything perfectly.” To put this in perspective the lights, fitted with rain covers, were expected to operate throughout rain, temperatures rising to 30°C by day, with high humidity, and dropping to 10°C at night. 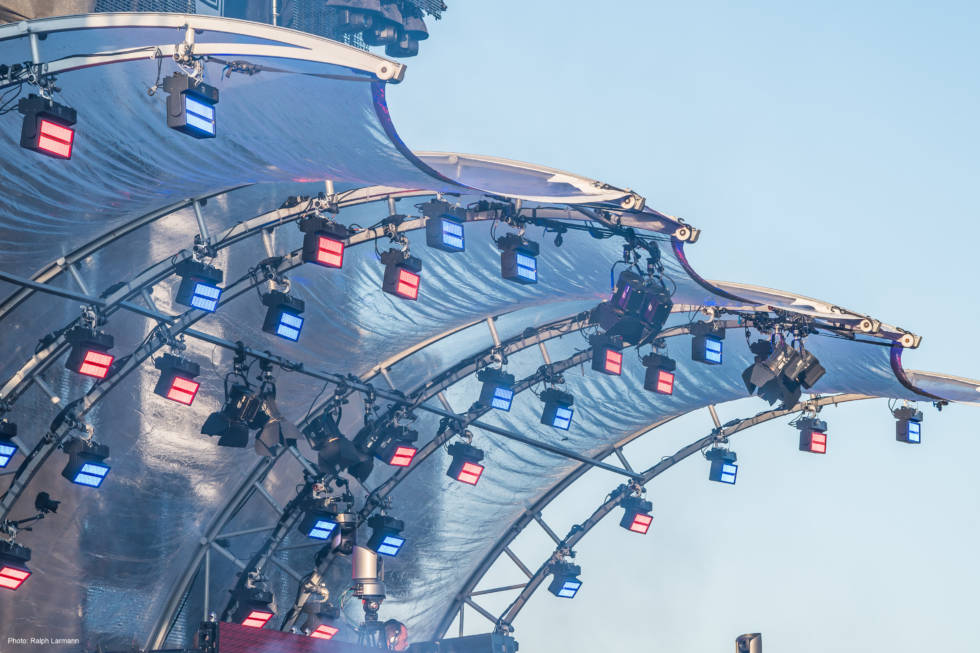 Pride of place went to the JDC-1, which he saw for the first time at Prolight+Sound in Frankfurt back in the Spring. “This was a real revelation,” he said. “When I first saw it I was impressed because it brought together two ideas and combines the possibilities of several other effects, although I had no clear production in mind at the time.” The inspiration came from the DJ stage which accompanies the architecturally based ground support cube.

“Because the DJ roof was so small in comparison it made no sense to use moving lights because there was no space. So I used the JDC1’s as alternating strobe and wash lights, firing straight down — and delivering the two features we needed.” And thanks to some expert cueing from Gerdon’s programmers, Rando Lorenz and Marc Cloutier the full dynamic was realized.

Reviewing the performance, the LD stated, “The wash effect is very nice and the strobe is so bright and powerful, very close to the xenon look.” It was the symbiosis between conventional strobe and the bonus of a wash light that really appealed to Thomas Gerdon. “With the JDC1 you can bring the light to exactly where you need it instead of just having 180° of flood falling out [as is the case with other LED strobes]. When we synchronized the strobe effect of this system it really hurt the eyes.”

All 48 fixtures were mounted high in the Stageco roof, above the heads of the DJ. They certainly proved popular with the headliners themselves, with the guest LDs of Above & Beyond (on the Friday) and Paul van Dyk (on Saturday) making favorable comments and expressing amazement at the complete departure from the strobe stereotype. “They were really impressed with the output of the strobes,” reports Gerdon. 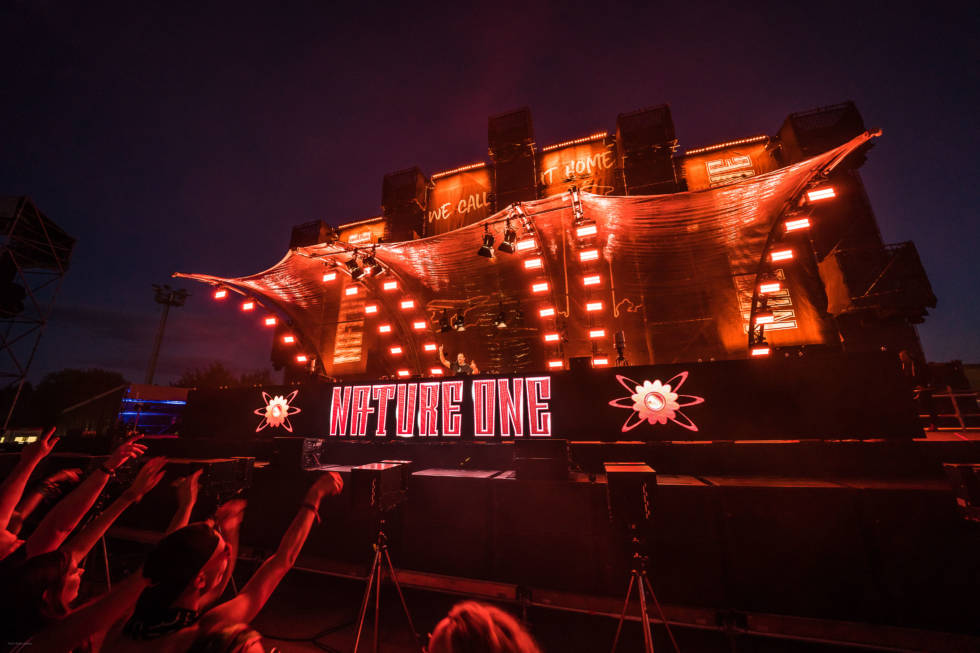 He was equally complimentary about the GT-1, a fixture he is entirely familiar with. “I used this on the DJ Bobo tour and also at last year’s Nature One. I really like the GT-1 because it is sleek and light and doesn’t have a base — but it has a lot of output.”

And he adds that with the new firmware, the product now offers improved color mix and pan/tilt function. All 120 were placed above the dancefloor in the big cube truss structure. “These fixtures had two jobs,” he says. “They needed to function as a gigantic beam light and as a spot for slow movement using the gobos for mid-air effects.

“I didn’t need to run them as a wash light because I also had the X4 L with me [for that purpose]. Of course the GT-1’s were great — but I never had any doubts because I use them so often.”

In summary, he also handed enormous credit to PRG, in particular Account Managers Christoph Hahnl and Jan Sander, and Onsite Manager, Jan Christoph Hermann. “The reason the JDC1’s did such a great job was not only due to the fixtures themselves, but also to PRG, for setting up the whole system so well and accurately.” 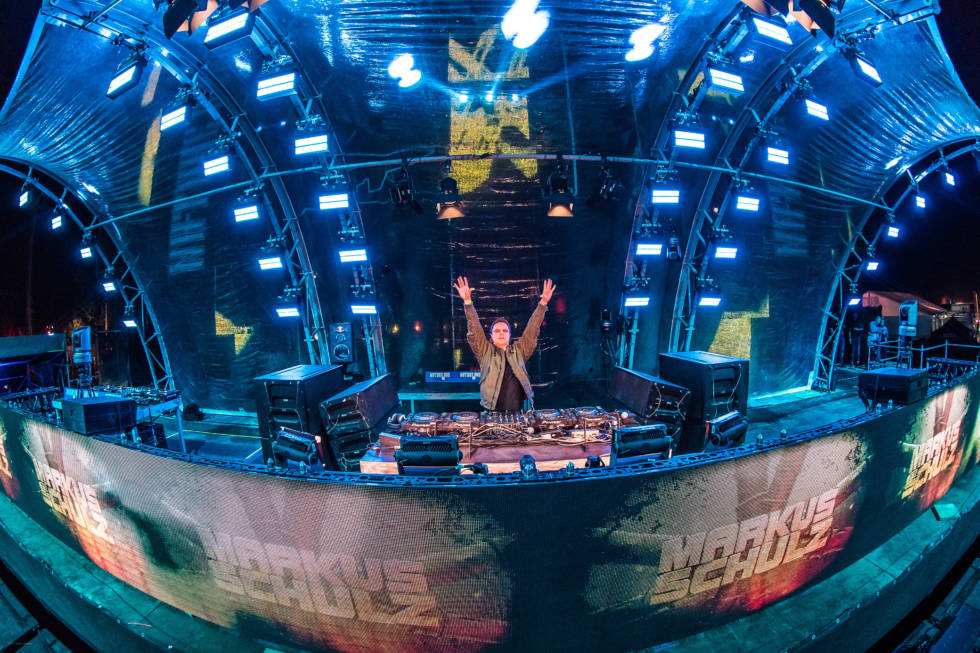