Port Lighting Systems based out of New Hampshire recently completed the design and install for the new front of house lighting rig of the Capitol Center for the Arts’ Bank of New Hampshire Stage (BNH Stage). 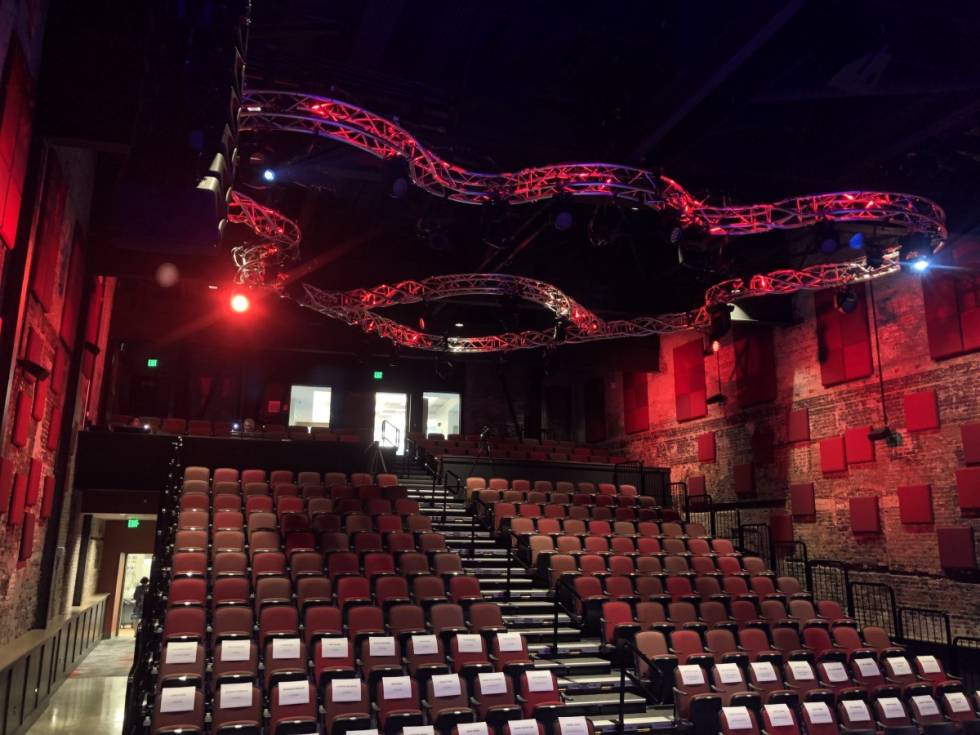 “The customer wanted a unique, one of a kind piece over the center of the room.” recalls VP of Permanent Systems and designer, Ron Kuszmar. “The BNH Stage needed a rig that could act as a design feature in its own right, rather than simply blending into the background.”

The architects original design for the stage was a 20’x20’ box shape. Knowing the structure had to be unique, Ron and Senior Project Manager Dan Bourgeois, created a design made almost entirely of curved truss sections resulting in a structure that evoked an organic and flowing feel. 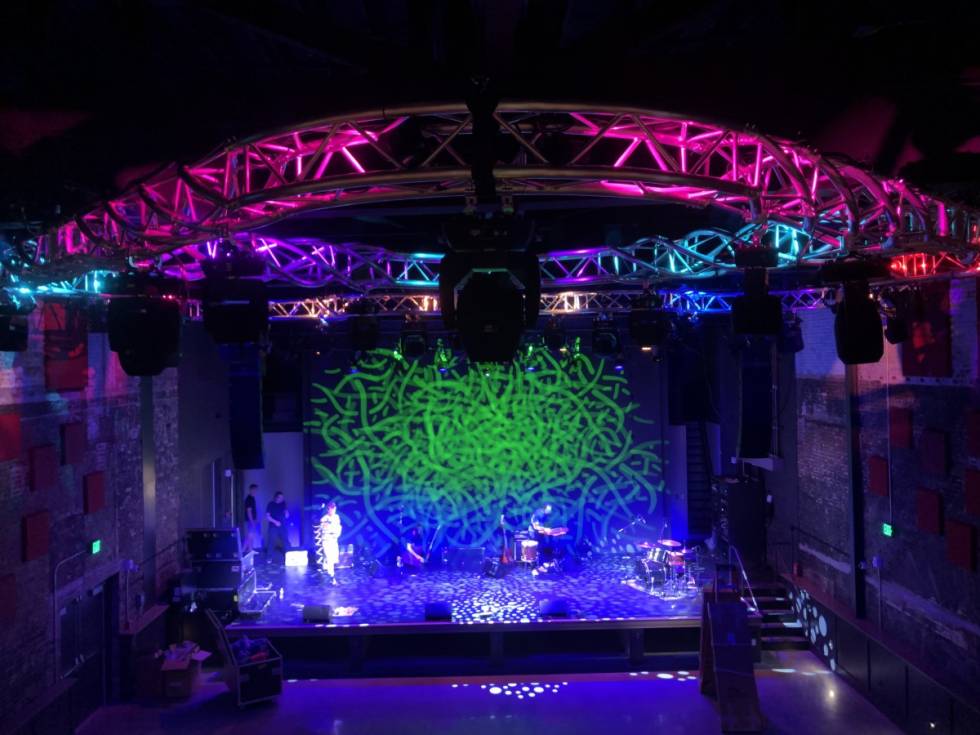 “The truss has affectionately been dubbed the ‘Amoeba‘. The name seems to be sticking as people who walk in the room all seem to refer to it as that now.”

It was always in the plans to light the piece using the compact impression X4 atom fixtures from GLP, lighting the inside of the truss to highlight the structures design. Explaining the choice of fixture Ron said “We knew their small size and zoom was perfect for this project. We wanted to have the zoom to be able to breathe life into the truss by incorporating subtle changes that the audience would begin to notice over time and allow the truss to take on a life of its own.“ The ‘Amoeba‘ Is internally lit using 12 of the versatile impression X4 atom fixtures. 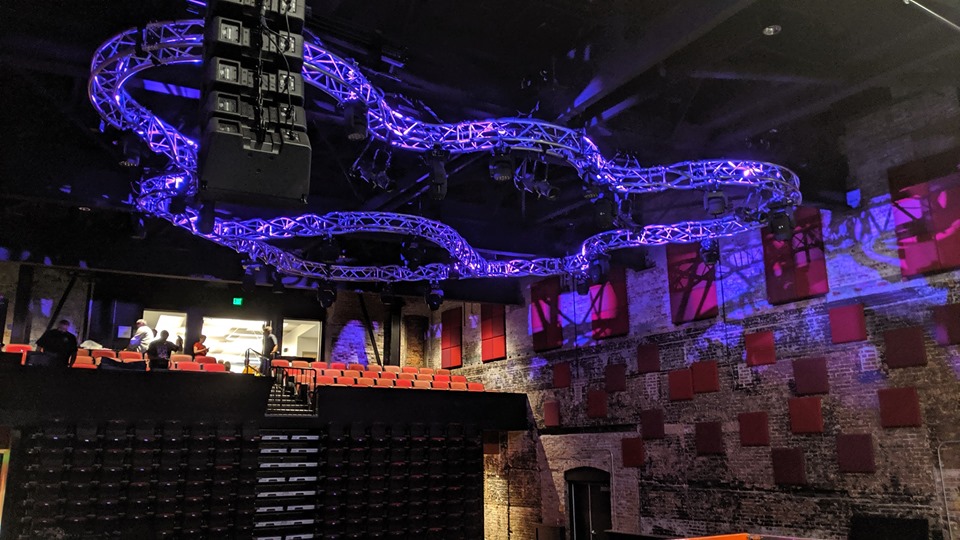 When Ron and Dan visited the GLP  & Cosmic Truss booth at the LDI 2018 show in Las Vegas, the lighting was not the only thing that caught their eye. “Seeing the DNA at LDI I knew we needed to change our plans.  I sent photos to the customer from the show floor and they loved the look of the DNA truss.”

The “Amoeba“ structure was redesigned with Ron and Dan opting to switch the entire project to Cosmic Truss, incorporating the F34DNA into the design. Being compatible with the F34 box truss, this was an ideal choice and fit perfectly with the organic shape of the “Amoeba“ design. 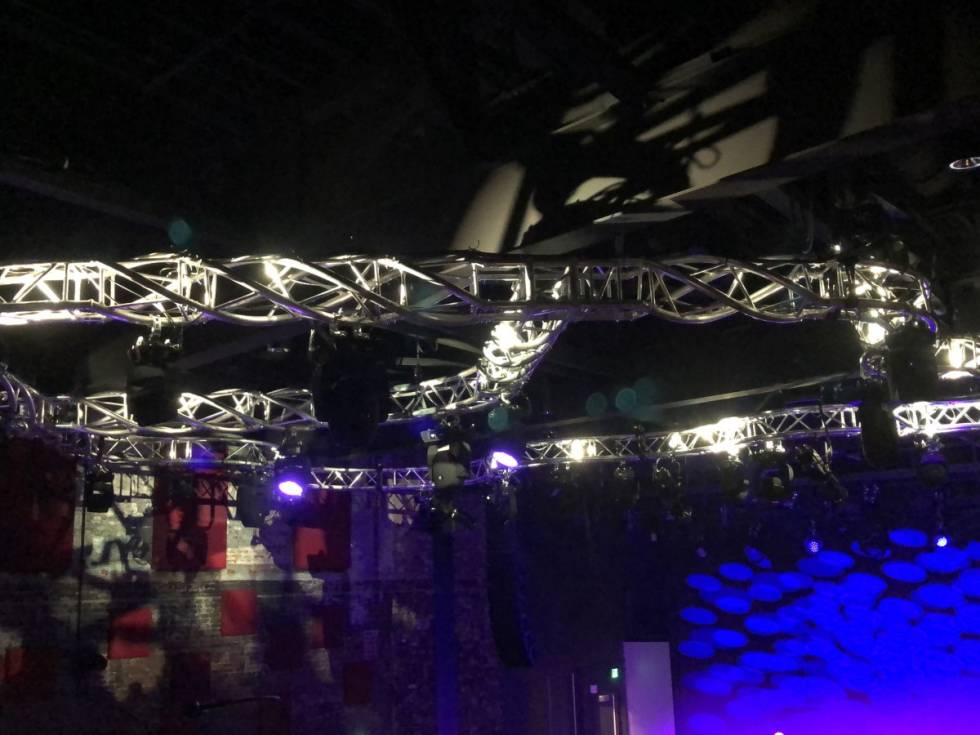 As for using the truss itself, the team had no issues putting it together. “Once we figured out where the different spacers went and at what angle the adaptors would go between the DNA and box sections it went pretty decent.“ Dan says.

“Loading the DNA truss was fine with a single source clamp“ which were used for the impression X4 atom fixtures to light the structure internally. Mounting larger fixtures using two clamps was also easy enough as there are plenty of spacing options on the DNA. 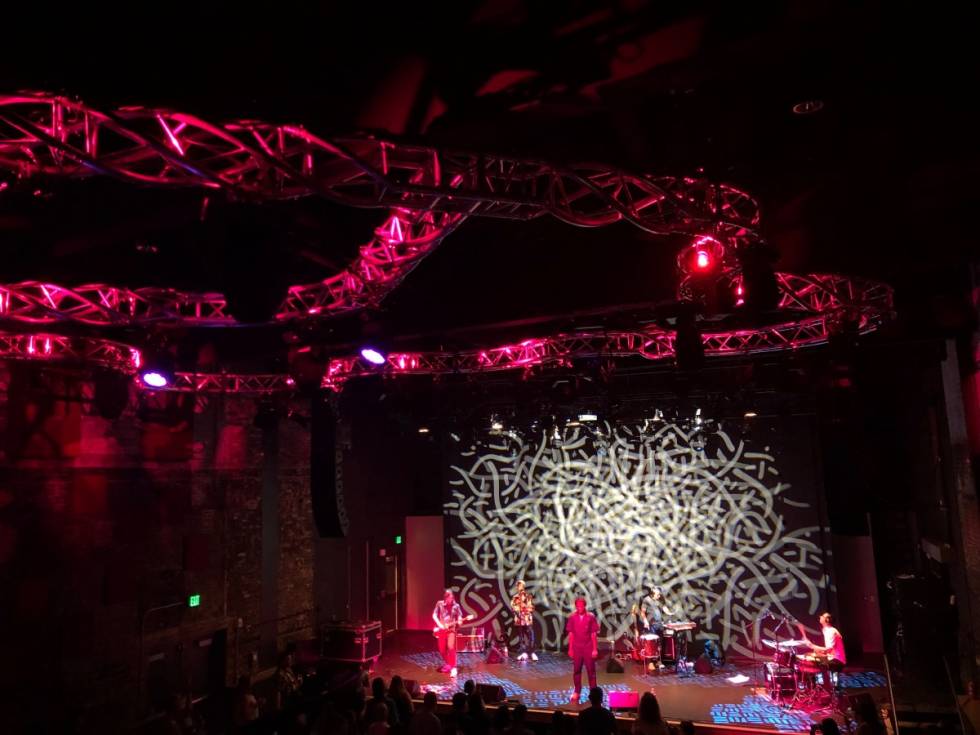 Dan summed the project up, saying “The DNA truss looks killer, especially when internally illuminated“ we have received so many positive comments regarding the design. It is a fun product to design with in a space like the one here at the BNH Stage.“