GLP Impression Spot Ones on the Road with Jackson Browne

GLP Impression Spot Ones on the Road with Jackson Browne Thursday November 1, 2012

LD Steve Comer Discovers the hard-edge LED Spot he has been waiting for!

GLP’s groundbreaking impression Spot One is among several of the German lighting manufacturer’s LED fixtures that are presently dominating high profile touring productions in the US. However, while the impression series has extended its popularity with the arrival of the new X4 head it has been the new fully featured automated Spot which is being seen as the ‘holy grail’ by others. 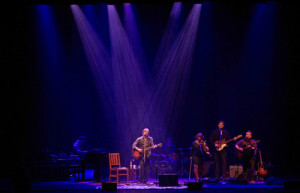 Jackson Browne’s lighting director/production designer for four years, Steve Comer, is one who admits, “I had been looking for an LED hard edge light for a long time, and when the Spot One came along it was just the fixture I’d been waiting for.”

This latest tour expanded organically from its origins as a solo acoustic tour to an ensemble, with more and more musician friends set to join him onstage. And this called for a more theatrically lit show where stage positions and musicians could disappear into darkness, according to Steve.

Faced with carrying lighting on tour for the first time in 18 months the lightweight/small form factor of the impression Spot One was a logical choice. “About four years ago Jackson decided to shrink his footprint on the environment when he was touring and so we turned to LEDs for our lighting rig. While we dramatically decreased our energy consumption I still had to to use standard ARC or tungsten sources to get any sort of hard edges. So I had been waiting for the Spot One technology to arrive so that we could create a 100% LED rig.”

The Spot One was the first fixture of its kind to be released to the global market. By harnessing the raw power of numerous LED sources and running it through an advanced optical system GLP has created an even beam for RGB color mixing at the same time achieving a focusable area for gobo projections. The result is a true hard edge LED profile fixture with a packed graphics engine that includes two fully indexable gobo wheels.

First introduced to this innovative technology by Bandit Lites’ Dizzy Gosnell he is using six of the fixtures with Jackson Browne — two on a mid-stage pipe and the other four on an upstage pipe.

Despite using a relatively small package to reduce truck space it has given Comer the opportunity to deliver a consistent show with a layered look, drawing on the house lights for all his front/key light. And with an audience driven set list which changes nightly (drawn from a repertoire of around 200 songs), it definitely keeps the LD on his toes. 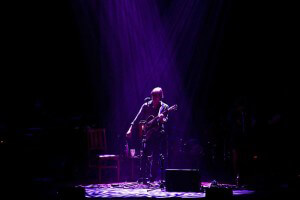 “The Spot Ones have all the functions that I need for my show, They have a nice Gobo selection on two wheels, a great zoom and a great color selection, with the white LED channel. But the big advantage I have noticed in the LED optics is the lack of a hotspot as well as crisp hard edges.”

Steve Comer has been embracing GLP’s LED solutions since the original impression 90 and RZ120 Zoom — when the decision was first taken by Jackson Browne to go green. “I have always been thrilled with them” he says.

And he values the relationship he has both with the rental company and GLP themselves. “Bandit often go above and beyond to get the job done, and Jackson also has a very long-term relationship with them. They are always there to support the Spot Ones as are GLP — and they’ve not let me down.”

Expect to see the impression Spot One play an increasing role in Steve’s future productions.

“Since I have been pushing to get our tour 100% LED for four years and there has not been a hard edge option previously, these have definitely filled a gap. They work really well in an indoor theatre environment, and the maintenance on the road has been non-existent — they have run entirely problem free.”