Grammy nominated and contemporary Christian singer Lauren Daigle was 10 dates into an arena tour when COVID-19 forced its temporary suspension.

It was her first collaboration with the lighting partnership of Seth Jackson and Nathan Alves (of Darkroom Creative), and easily her biggest production tour to date. The arena setting allowed the two men to create a partial rolling stage, giving the design a curved front extension and allowing greater sight lines to be exposed that was vital due to the high demand for tickets. 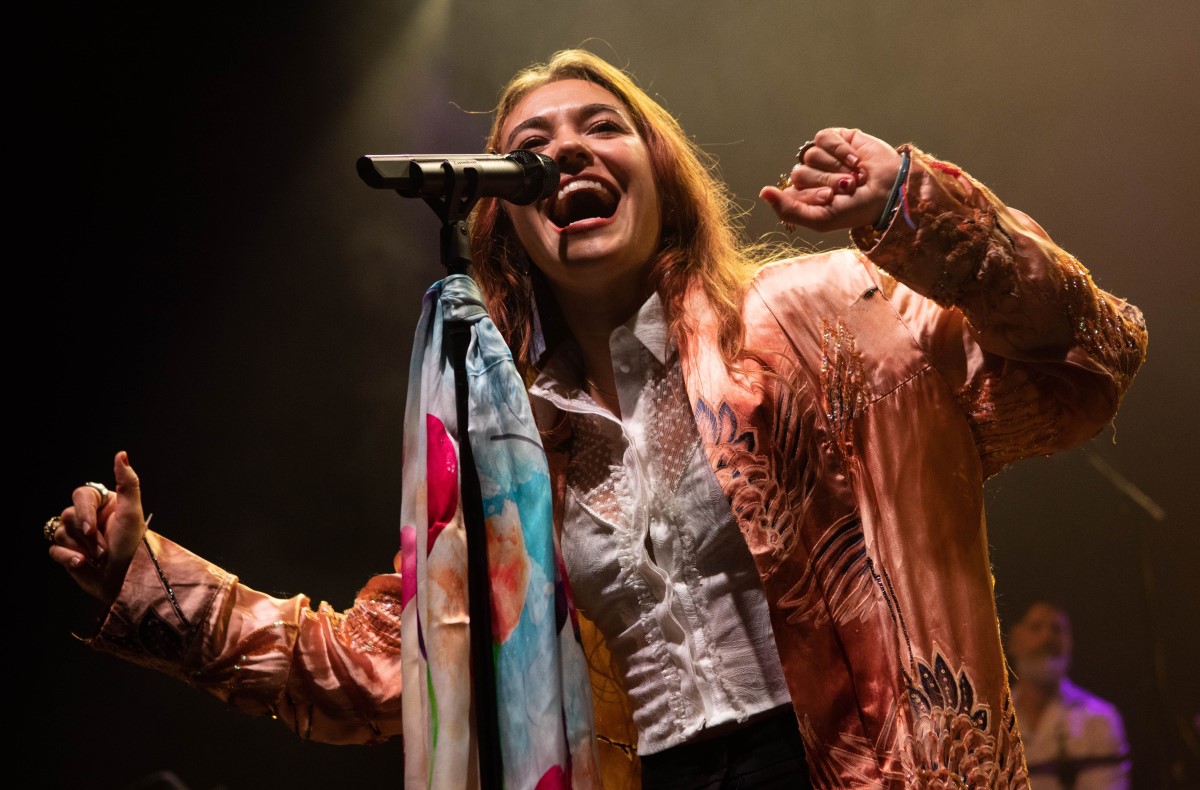 Helping them to fulfil their creative objectives were a large quantity of class leading impression X4 Bar 20 battens from GLP. By articulating a desire for her show “to feel like a hug” the artist gave the two men a start point, and consequently their design contained no metal or steel and a minimum of 90° angles. “We really wanted the design to feel more like a home than a structure,” said Alves.

Both he and Jackson have a long history of working with GLP. “I have always been drawn to company loyalty because of the people and their commitment to the product and customers,” stated the latter. “I don’t get wrapped up in the ‘newest and shiniest’ mentality. For me, the consistent development of GLP and the approachability of the team is what keeps me locked in with them.”

His partner agreed that the evolution of GLP has cascaded a number of valuable tools onto the market. “You can find X4’s and JDC1’s peppered all over everything we do. The JDC1’s ability to create multiple ‘feels’ from such a compact fixture make it a huge win. The X4 Bar’s unparalleled curtain of light and quick zoom / tilt makes it a powerful tool, since we like to see devices from our manufacturing partners that do more than one job—which is vital as everyone tries to recover from the global recession caused by the pandemic.” 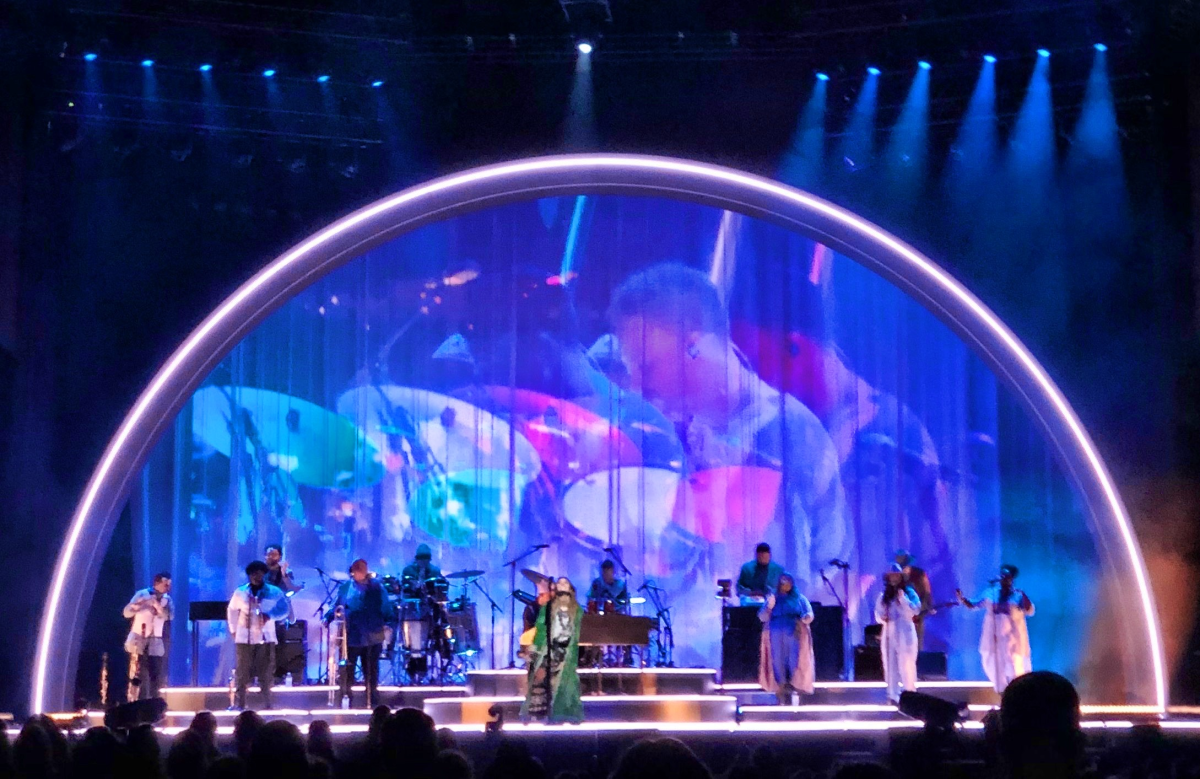 As for the deployment of the X4 Bars, to create the required welcoming stage environment the visibility of the hardware is minimal. “We created a fly loft above the stage that masks out all the trusses, motors and rigging, and the light fixtures are masked or trimmed in such a way that you don’t see the light.”

Run in hi-res mode, the X4 Bar was tailor made for this use, said Jackson. “As a low physical profile unit, it tucked in and lined up exactly as we needed. The enormous output of the fixture and the power of the zoom range opened up huge opportunity. Lining the upstage, and left and right side of the stage, they were often the workhorse for lighting the nine-piece band [plus backing vocals]. But at the same time they could become an accent or graphic, and then lift over to tone our soft goods including blending with the video content.”

Thanks to the power of the fixture, associate designer Parker Genoway was able to provide sufficient level and color temperature to do some creative ‘sculpting’ of the band adding dynamic to their camera work.

Summing up, Seth Jackson said that the tour had made him fall in love with the X4 Bars over and above their role as a mere speciality item. “Many years ago, I was in love with the DHA Light Curtains, but they were hugely problematic. What I have discovered with Lauren is a fixture that can absolutely replicate a look and a feel I thought had been forgotten. It can also be a core fixture of the rig, not just an effect light. 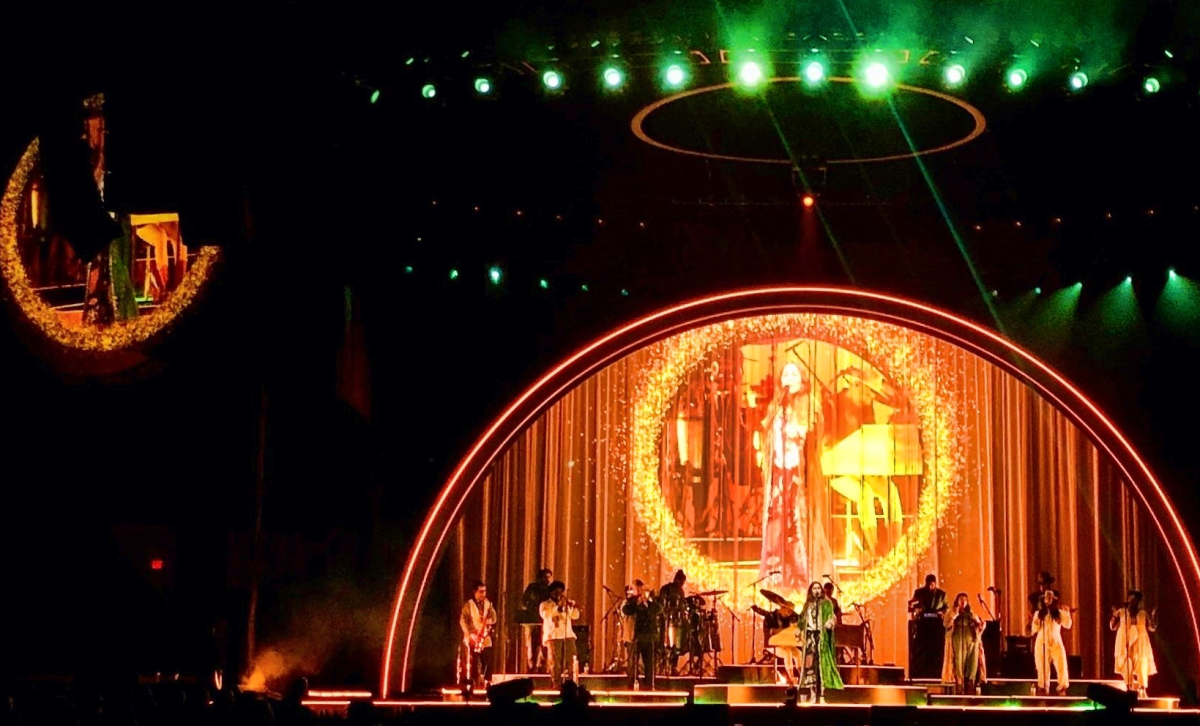 “GLP products are well-built and well-engineered. Their team has been producing lighting fixtures for a long time, and they know how to respond to the end user with inventiveness, reliability, and constant support. The color system, and its consistency across the line, is the key factor of GLP’s success.”

Alves was equally unequivocal. “The attention to detail that GLP gives, not only to its products but in their personal relationships, is paramount in fostering the type of long term loyalty that keeps this business going. We go back to them time and again because we know they will give us quality product, and when the chips are down there are multiple people that will get on the phone with us late in the evening to make sure we have what we need.

“We are proud of the designs we have executed with GLP products and hope to keep doing for a long time.”

In terms of other key personnel involved in the tour’s visuals, John Bahnick at Upstaging handled not only the lighting, but also video and the scenic element. “As always, they have been tremendously supportive and have us covered at every step of the process,” said Jackson.

Parker Genoway, who has a long history with Lauren, was programmer, while Simon Roberts was video associate. “Parker not only brought some fresh ideas to the table but his brilliant programming allowed us to streamline our flow during the rehearsal process,” noted the designer. “As for Simon, he worked as Disguise and Notch programmer. Working hand in hand with Nathan, the content was all original creations with the Notch element adding an organic and live response to the video presentation.”