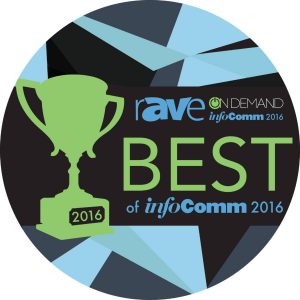 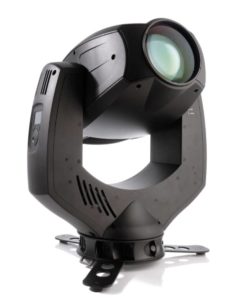 This astonishing award comes right on the back of the twin success of the X4 Bar 20 batten, which has now been awarded by major media and trade associations on either side of the Atlantic.

“It’s tough to pick out the best and the brightest from the thousands of products and hundreds of exhibitors introduced on the show floor,” say rAVe Publications on their website. “After much consideration, our entire team picked what we thought were the best things on the show floor.”

And this included GLP’s GT-1, picking up its first award. This fully-featured hybrid fixture, featuring GLP’s trademark baseless design, can function as a high level Spot, Beam and Wash fixture. 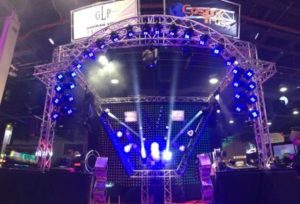 Stated GLP Inc. president, Mark Ravenhill, “rAVe Publications are a dominant and influential force at InfoComm and we are delighted they have recognized the unique properties of the GT-1.

“This was their first showing in the US, on a booth which was programmed by our own Brian McNutt; it is the first of what I am certain will be many awards for this innovative product.”