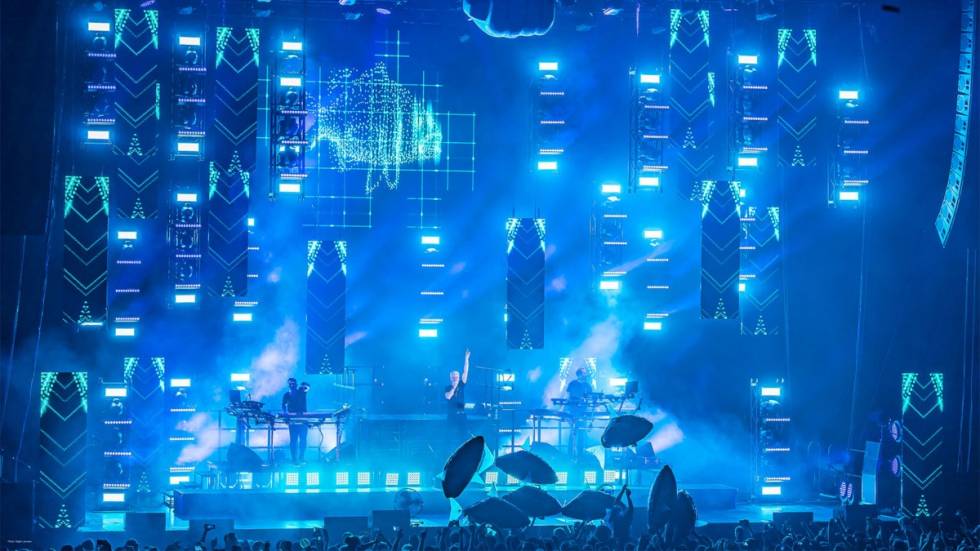 Before making its high profile debut on this year’s Eurovision Song Contest in Lisbon, GLP’s new KNV went out on a ‘field test’ tour with German band Scooter. This gave production designer Jerry Appelt and his lighting director, programmer and board operator Marc Brunkhardt the opportunity to evaluate the innovative new modular design with the upcoming ESC in mind. Billed as the first frameless LED module to combine Strobe, Blinder and Pixel-Block in the market, KNV passed its initiation with flying colors.

The design team has been using various GLP fixtures for nearly a decade and were keen to become ‘first adopter’ of the groundbreaking new technology, deploying 14 KNV fixtures as a massive centre effect in the middle of the Scooter stage set. Supporting these were 90 GLP X4 Bar 10, which handled the washes, and 22 impression X4 L for key and side lights. All the tour lighting was provided by PRG.

“We were very happy to get hold of the KNV—what act is better for testing such a hyper bright fixture than Scooter? They were a real eye catcher.” reports Marc, who had seen the fixture for the first time at production rehearsals in Bottrop. 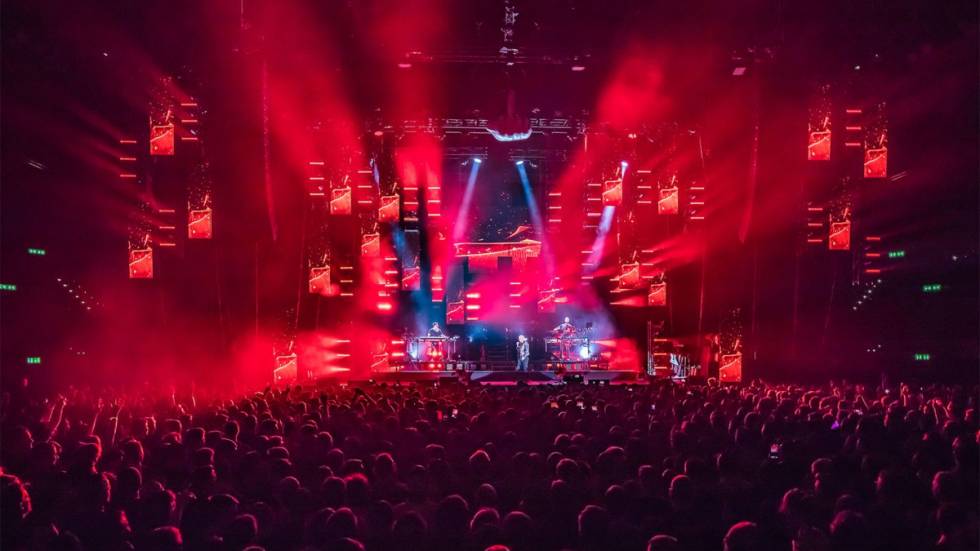 “I immediately liked the brightness and the fact that it was very compact,” he said. “Also the RGB rings around the powerful white LED were extremely impressive.”

Underhung in the middle of the set, beneath the decks, the KNVs were fully visible for all to see. “We had spaces between every fixture to cover the complete width of the set—and in this configuration we were able to produce some great effects over the whole cluster.”

The lighting director also praised the versatility of the KNV. “You can use it just for flooding the entire stage with color or to produce nice random strobe sparkle effects.

Alternatively, they can just run as massive strobes. Having all this in one fixture makes it extremely versatile and a great tool for producing some very unique optical effects.” 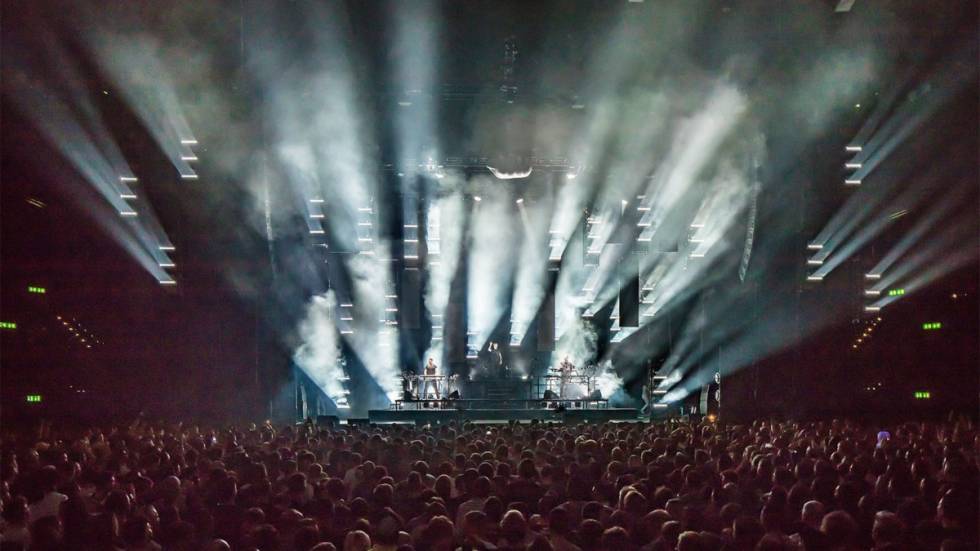 Marc also gave a thumbs-up to the color palette—and highlighted a number of other cool features. “We used the colors a lot to create different moods and it provides a total different look with just the color rings on.

“The strobing power is also pretty amazing and matched perfectly to the band. Another very nice feature is the way you can glow just the ring, and then come out of the center with a different but extremely powerful light source.

“I think the baseless design and the fact that it is a ‘generic’ fixture, makes it even more interesting—because of its size you can install it wherever and however you like.

“The pixel map option is also a very good feature and makes total sense in a fixture like this. It’s even possible to write letters or numbers on single fixtures — and we used this feature on the tour as well.” 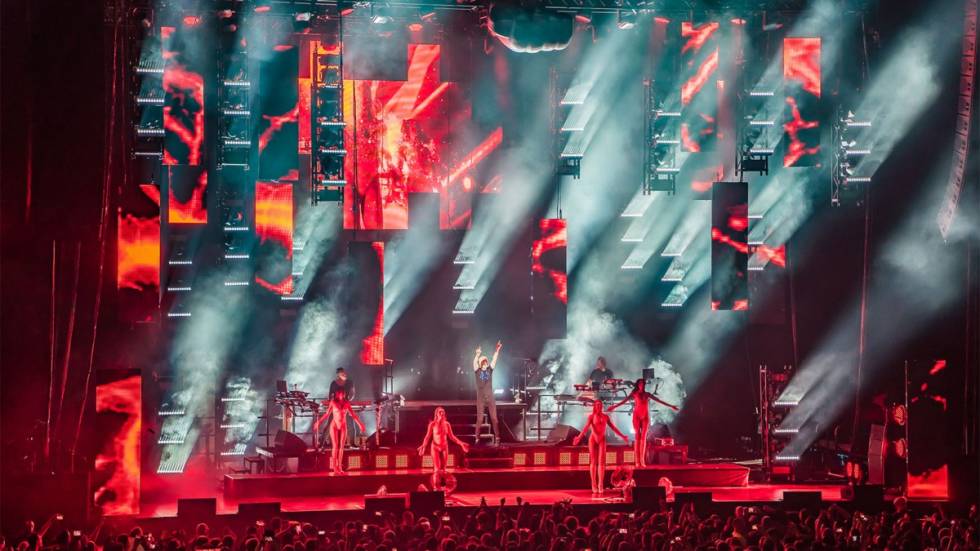 Finally, using the fixture in single pixel mode made it extremely easy to programme, he said.

You can bet on regular use of the new KNV Cube and KNV Arc in Jerry and Marc’s forthcoming shows.  “We already have some plans for upcoming Scooter shows,” confirms the latter. “But I guess we will use it on a lot of other shows too, because they are so flexible you can build countless variations with it.”