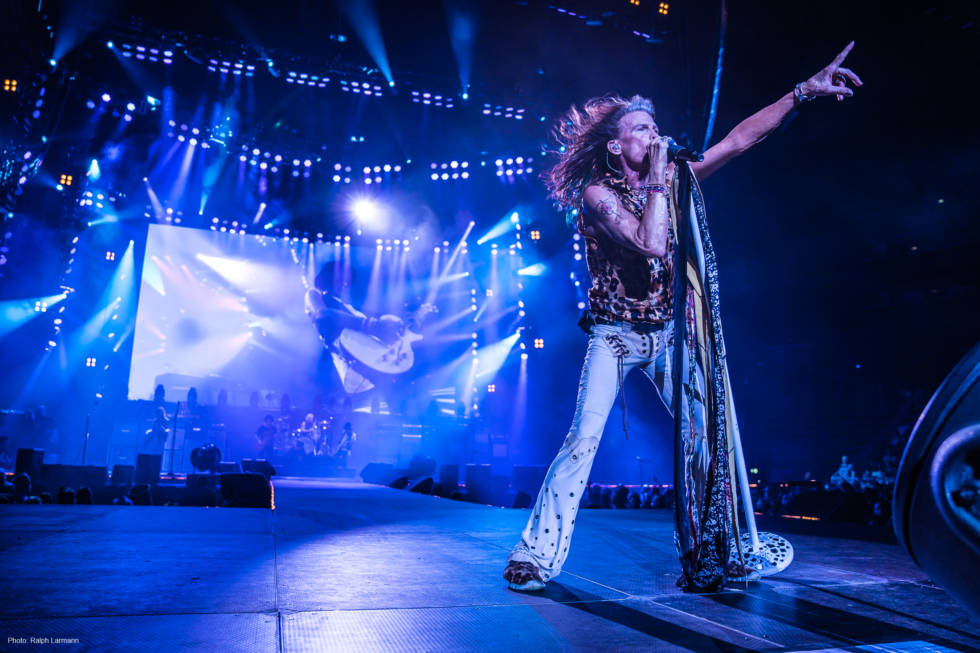 Vastly experienced LD, Cosmo Wilson, has been lighting Aerosmith’s shows since 2012, working within a genre with which he is entirely familiar.

Having provided stage lighting for many of the world’s most famous rock bands over three decades his pedigree is unparalleled.

Thus, when Aerosmith announced their Aero-Vederci Baby farewell tour, he was once again at the helm, piloting what has been their fifth major outing together.

Cosmo first started thinking about the latest set design while the band were in South America back in 2016, and when it came to speccing the equipment he decided to go big into GLP’s hugely popular impression X4 LED moving head portfolio, commandeering 272 fixtures as a direct replacement for the classic Par can.

“I wanted to create a design that was reminiscent of Aerosmith’s earlier tours, back in the 70’s and 80’, with the enormous Par can rigs and ‘finger’ style trusses,” he explained. “The big difference is the video wall which is definitely not 70’s or 80’s, but I helped to create some of the content that is at least reminiscent of the band in that era.” 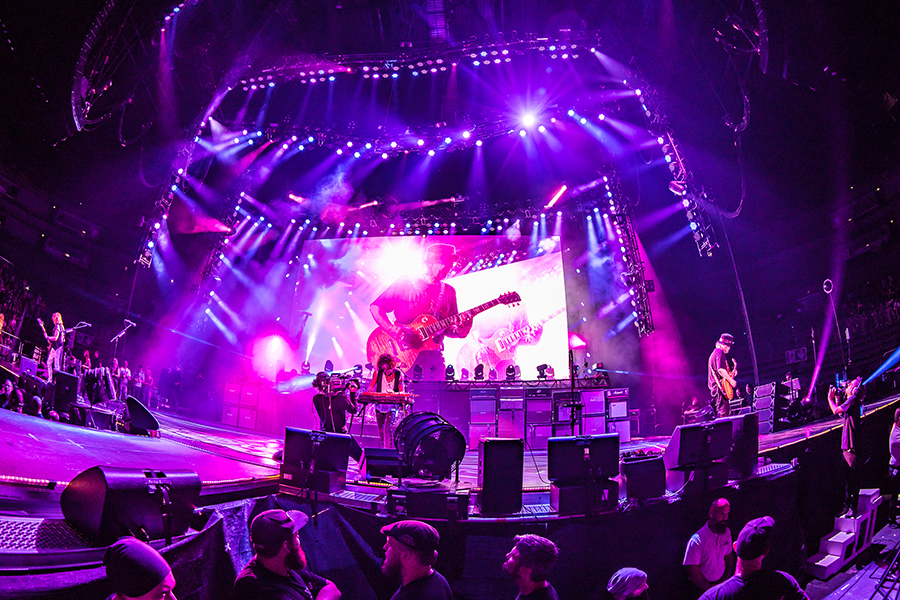 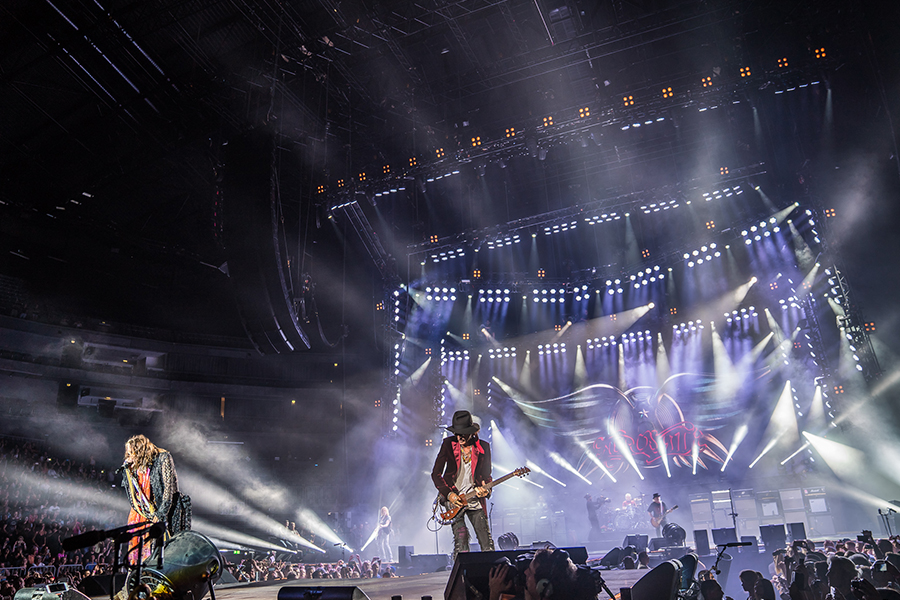 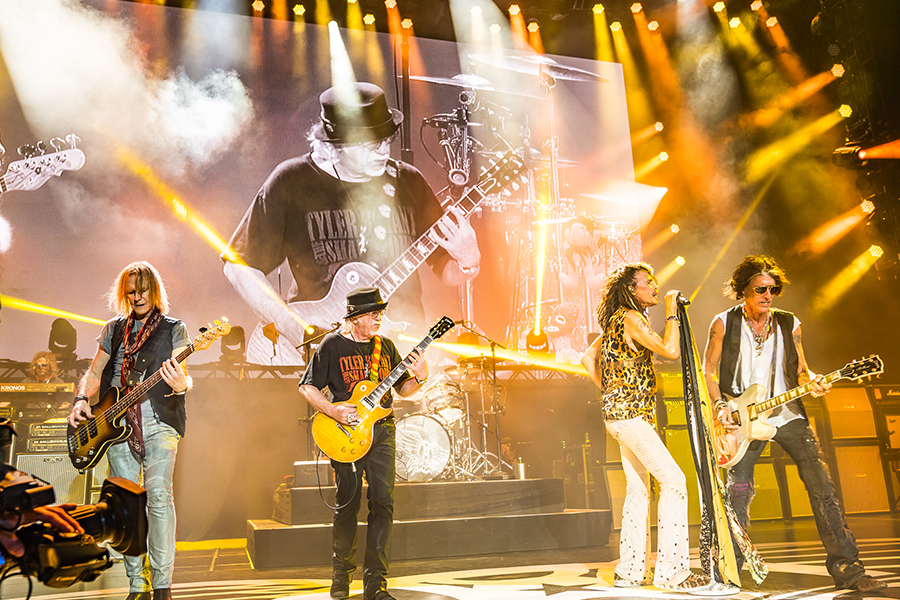 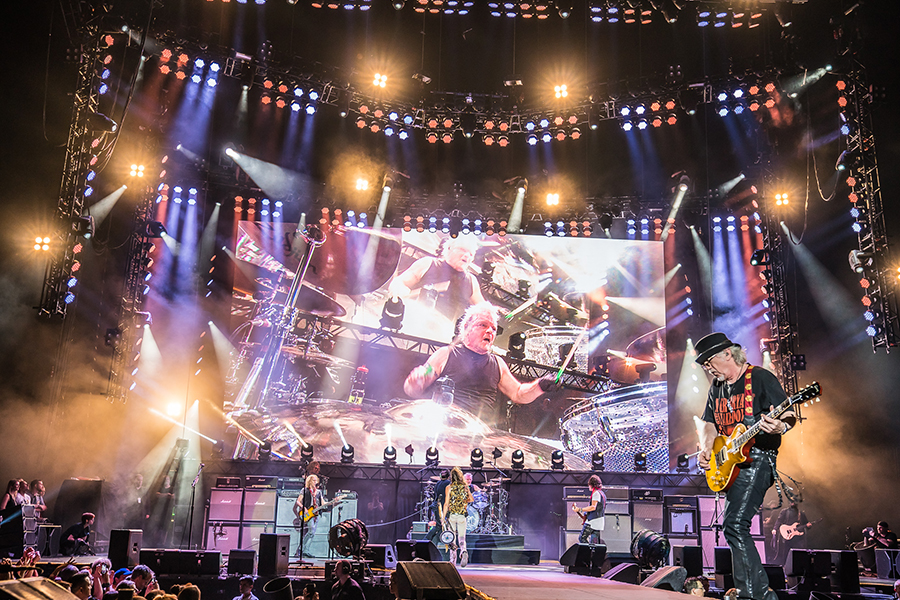 The LD has been using the impressions in the same way as the original Par cans. “I knew that the X4 would give me the look of the ‘old school’ Par can rig, and,” he stated. “I have used the same configuration of double hung Pars in 30” truss.”

Cosmo Wilson had first featured early GLP impression moving lights as far back as 2008 on the AC/DC Black Ice tour, immediately noting the brightness and color saturation as they lit the AC/DC ‘train’, which was the centrepiece of the show.  “I also used other GLP lights on a lot of one-off shows and really started loving the source itself, as well as the brightness, throw and saturation.  The first time I spec’d the X4 was on Foreigner’s Soundtrack of Summer tour in 2014, and I realized even then that I could use them to replicate Pars.”

But why had Cosmo Wilson’s search for an automated light that would emulate a Par can — that mainstay of classic rock bands — taken so long? The LD is in no doubt. “Par cans have a beam and an ‘attack and decay’ that works so well with Rock & Roll music … the beat, the drums, the guitar, bass; it’s almost as if they were made for each other.

“In addition, the band members are used to Pars, partly because of the heat output, but also the way they attack and decay and the way the light changes on the stage. It is also about the way the light hits the stage as an intensity change instead of color change. Plus, I am concerned about the source, as the audience wants to see a Par can rig that reminds them of seeing Aerosmith in the old days. GLP makes lights that give me the ability to recreate my vision perfectly!” 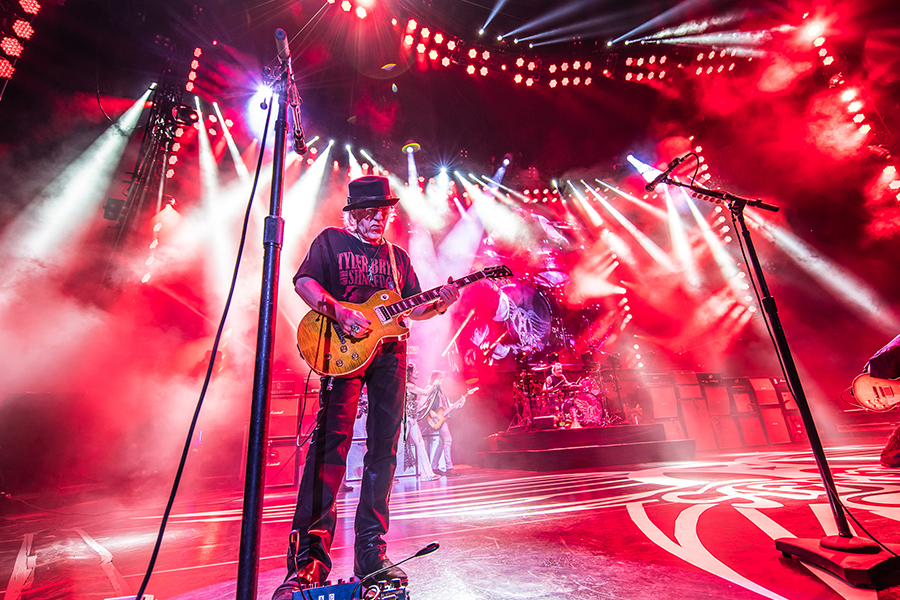 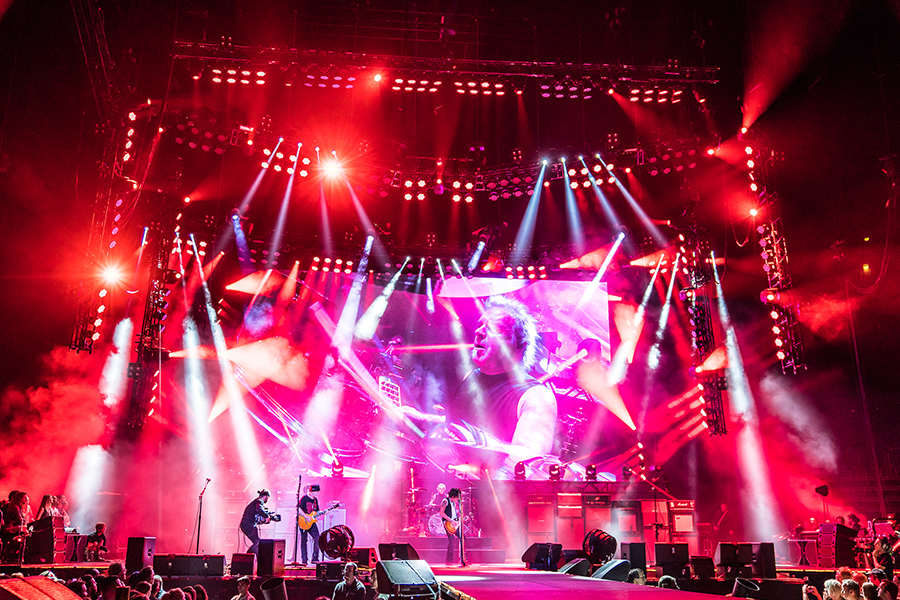 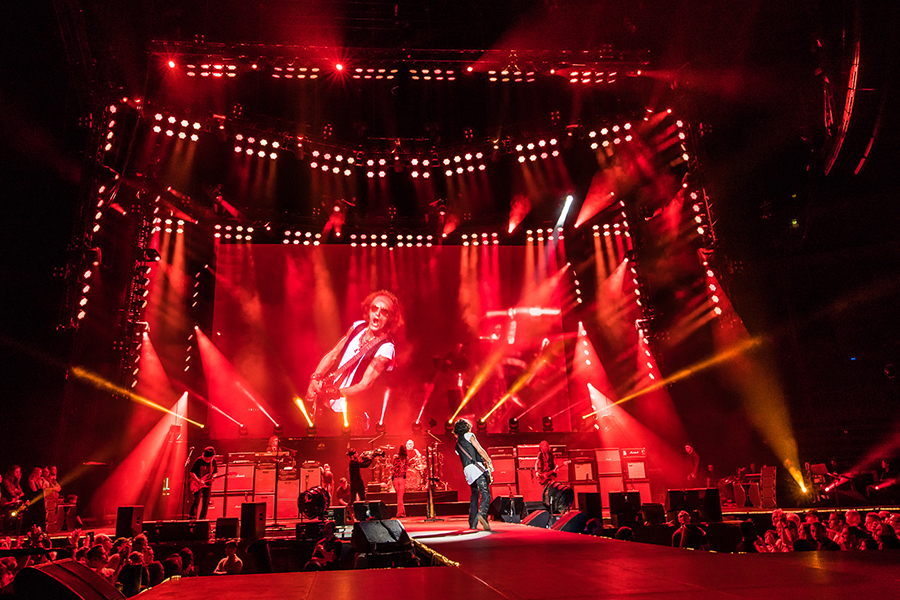 The original Aero-Vederci Baby show design had been dependent upon carrying production with them. “But I then found out we were going to Europe first and using local production everywhere, so that really created a huge issue trying to replicate my design using the locally available gear.  However, I did get PRG UK to do eight of the European shows and they provided great product support.” In the States, he has been a regular customer of Upstaging.

And the overall verdict? “The impressions have performed even better than I expected! They give me the Par can look I want, they have the throw of a Par — but they also do so many other things … like change color and strobe! The only thing they don’t have is the heat output of a Par — but I think the band is over that! “

So, is this the end for Aerosmith? Cosmo smiles. “Well ‘Arrivederci’ also means ‘See you later!’ And I’m sure we will!”