GLP has announced that it will be launching an active recruitment drive, geared at further expansion, following the decision by GLP US Inc. president Mark Ravenhill to take on a reduced role. 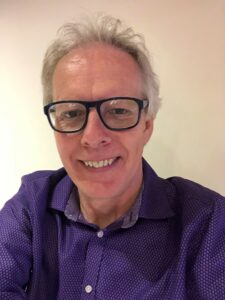 In a letter to the industry, Ravenhill says he intends to step away from the day-to-day running of GLP’s US operation in order to focus on guiding future global strategy in a more consultative role.

He states that “after more than 13 years with the GLP and having taken the North American subsidiary of the company from an idea on a piece of paper to where it is today, I have decided that it is time for a change, and I will be moving from an operational role in favor of a more reduced role.”

Furthermore, to harness and nurture the enormous success GLP has experienced in North America – including Cosmic Truss and Scenex Lighting – the company is actively recruiting at all levels.

GLP founder and CEO Udo Künzler is confident that the momentum will be retained: “Mark has been a great influence at GLP, and has built our US business from the ground up, while at the same time retaining his associations with production designers at the top level across the globe.

“This decision gives us the opportunity to open a new chapter for GLP and move onto the next part of the journey. All things evolve, and to preserve his legacy and ensure all his great work is not wasted, we will be actively recruiting.”

“Most gratifying is that we are not losing Mark’s services entirely,” Künzler continues, “and we are delighted that he will continue to help guide our strategy in order to maintain the good relationships that we have built up with lighting professionals.”

The final word of assurance comes from Ravenhill himself: “You will still see me at key events across the world, where I will be waving the GLP flag – and I can still be contacted via the same email and cell number!”