Renowned production lighting designer Andi Watson recently undertook one of his most challenging projects ever — this time in the art world, thanks to a collaboration with LA based mixed media artist Doug Aitken. Conceived by Doug Aitken, the mirrored art installation, Mirage Detroit, has transformed the 100 year old Savings Bank in Detroit into a mesmerizing, mind altering adventure for visitors, due in part to the judicious use of customized GLP fixtures, which are used exclusively, to light the space.

The LD says the collaboration came about largely by chance. “I had been working on another project in Detroit with the Library Street Collective team who were in the early stages of putting together Mirage Detroit with Doug. Several things fell into place and Anthony and JJ from LSC suggested to Doug that he and I should talk about the lighting component of the piece.” 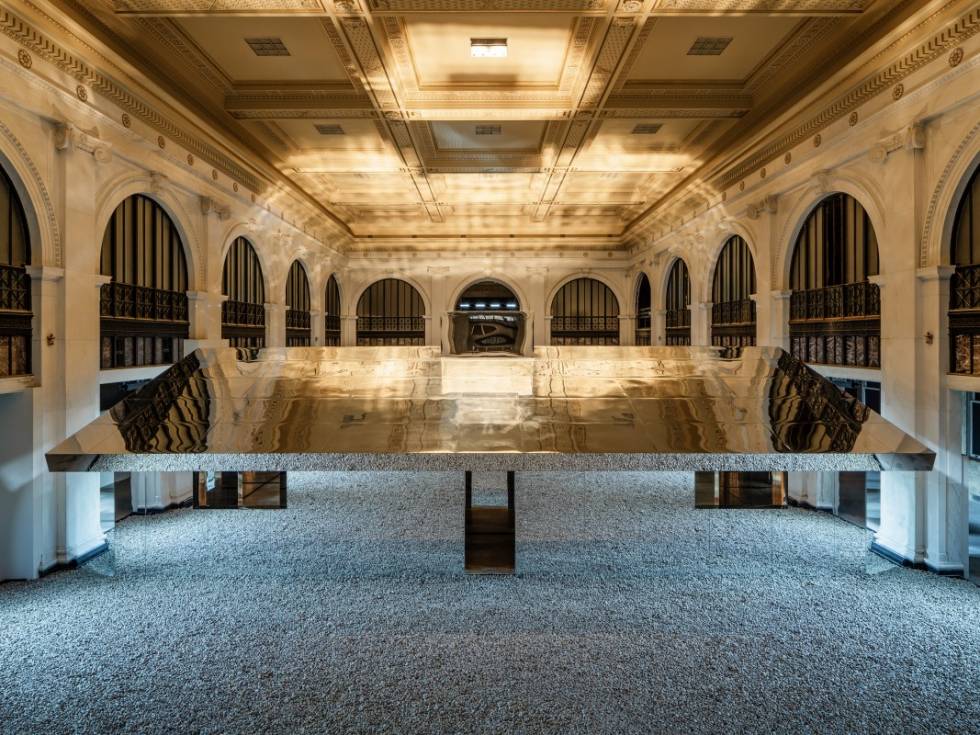 The concept, in which the 70,000 square foot Silvers Building was transformed into a kaleidoscopic world of reflective mirrors, fermented over several months and via a myriad of conference calls. “Doug sent me detailed drawings and renders of how the piece was going to look in the space and we discussed how the lighting would be used to bring both buildings to life.”

Andi’s first site visit proved inspirational as he became immersed among the white marble walled interior and arched Roman colonnades. Describing the building as “incredible” he noticed that this internal architecture gave an impression of “strength, confidence, safety and security.” But he also observed that over the decades it had been damaged, become vulnerable “and gone through a lot of uncertainty.” 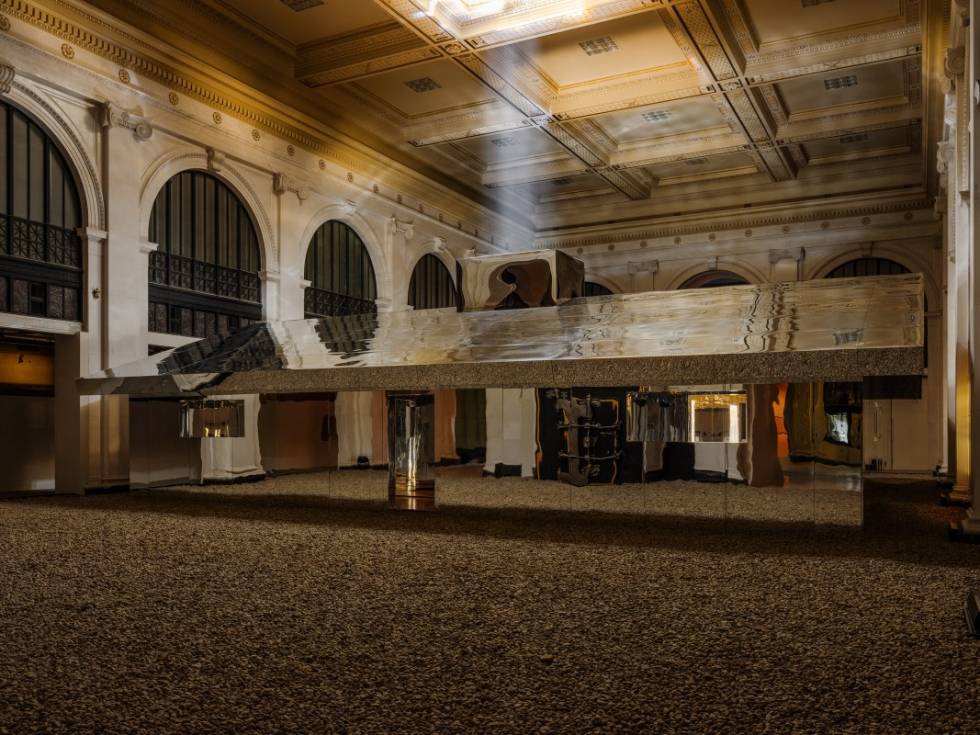 Both collaborators agreed that only white light would be used in the installation. Watson explained, “To me, light is the medium and the language with which the Silvers Building and Mirage communicate. I wanted that communication to be as pure as possible and not affected by a subjective color choice.”

However, this presented a conundrum as there was nothing on the market that would satisfy the color requirement and deliver the combination of power and control. With time running out GLP stepped in. Watson explained,  “At the time I was putting the design together for Mirage Detroit I was on tour with Radiohead. I had quite a lot of GLP X4 L (large LED moving heads) and X4 Bars in the rig and I had completely fallen in love with them. The combination of rich, saturated colors a clean white, really good optics and pixel level control enabled me to create both beautifully lit scenes and gorgeous modulated effects. Everything was perfect about the fixture for Mirage Detroit except the colors. I explained this to Mark Ravenhill and he amazingly said that GLP could fabricate custom cold white/warm white versions of the X4 Bar, X4 L and X4 XL” 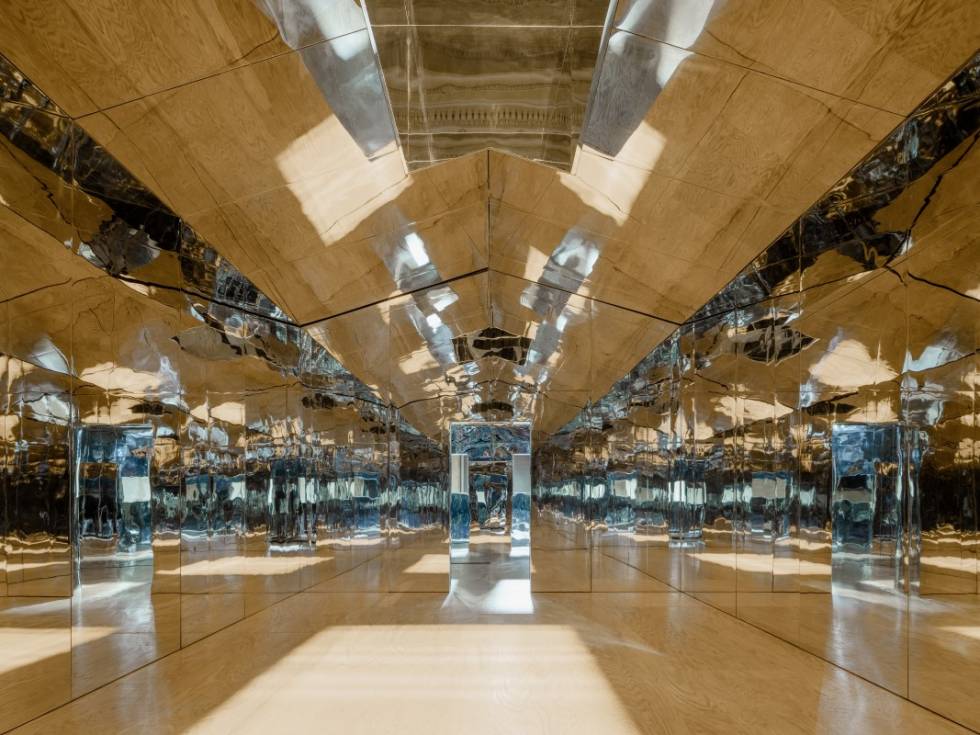 Mirage Detroit is a suburban house, built using mirrored panels which sits on a bed of stones sourced from a local river. The interior is empty and for the visitor, the shape and structure of the piece is revealed by the multiple reflections of the building, the pebbles, the wooden floor and of course the visitors themselves.

The installation is in essence how light plays with all the surfaces in this illusory world reflecting from the Silvers building to Mirage and back again in a constant conversation.

One of the key building blocks of the lighting installation was the creation of a custom dimmer curve that matched ‘normal, resting’ human breathing. Andi Watson explains. “I wanted the buildings to breathe and be alive and for people to perceive that on an almost unconscious level. My programmer Rob Gawler researched and created a scientifically accurate and sublimely beautiful dimmer curve that became the basis for nearly everything we did. 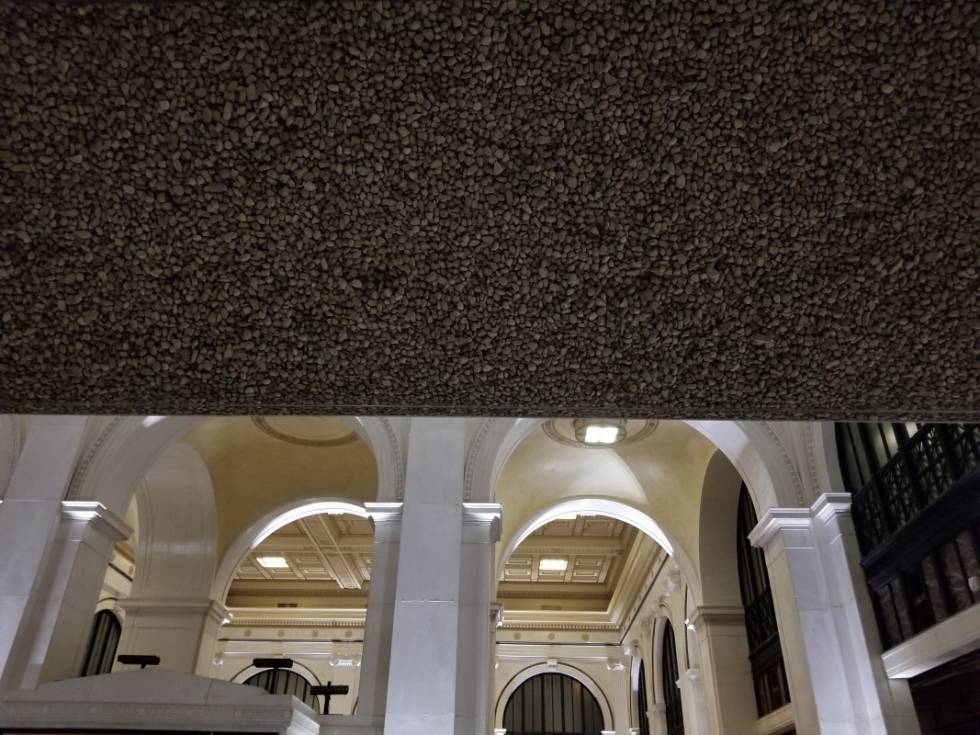 “Because the fixtures only ever move in blackout, the only parameters we had to play with were the very limited color range (warm white to cold white) and the individual cell intensities. Rob and I spent many nights programming the various intensity modulations and delicate color shifts. There is always a reason why the lighting is changing in the way it does. Often this is a result of my ideas about the conversation between the buildings and how the emotions, memories, dreams and hopes could be represented by the movement and the temperature of the light.

“Because the lighting is constantly changing, even if it is almost imperceptible, it creates an ever changing environment, that enables this dialogue between the Silvers Building and Mirage. The number of unique perceived environments is limited only by the time spent in the space. A visit could last minutes or hours and always feel unique.

The visitors themselves become a modulating factor in the end result. “When the lights are directed across the stones, shadows of people are created which affects the overall look and feel. Inside Mirage, the experience is very much about the distorted and fragmented reflections that repeat almost endlessly and so when the visitors themselves form part of those reflections, and are lit or are in shadow, they themselves become a part of the visual experience. Since Mirage is made of highly polished mirrors, you only see it by what is reflected in it.”

Everything is controlled from a GrandMA 2 and the lighting installation is built from variable sets of cues that segue together. “We are using the functionality of the console to switch everything on and off and run various cue sequences depending upon the time and exact date.

The sources needed to be as discreet as possible, and the fixtures, other than the X4 XL’s, that backlit the arched windows on the second floor of the building, were sensitively made to blend into the fabric of the building.

In terms of deployment and functionality the X4 Bars were used to uplight the marble columns, light Mirage directly or act as down/cross lighting for the pebble floor. The X4 L’s were used to backlight the second floor arched windows and were also used in the corners of the room where there are ‘L’ shaped columns. The giant pan-head X4 XLs were used with to downlight from the ceiling of the Silver’s building, either with a narrow beam directly through Mirage’s chimney or with a wider beam to reflect light and color from the pitched roof of Mirage back up onto the ceiling. 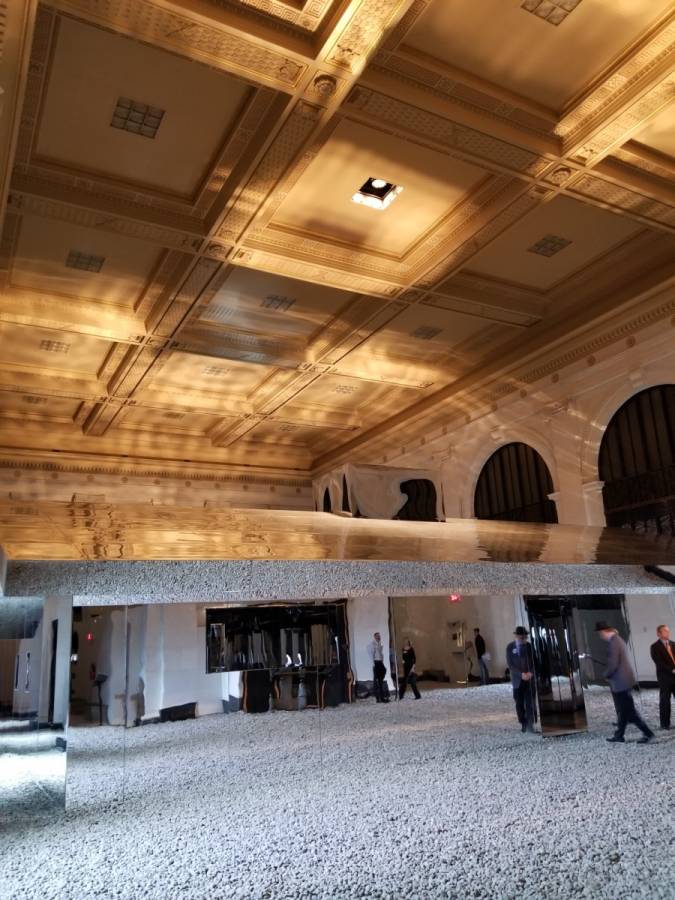 Finally the tiny X4 atoms were used for an improvisational performance by Jónsi of Sigur Ros on the opening night and subsequently to discreetly light the inside of the bank safe.

For the live performance Andi Watson, in his more familiar metier, had wanted to keep the lighting holistic with the rest of the treatment for the space. “So when Jónsi’s team informed us that they wanted him lit with Birdies I immediately contacted Mark Ravenhill to see if he could provide some atoms … which he graciously did. In that way we could keep everything LED-based and maintain consistency between the colors used everywhere in the space.”

Other than the GLP fixtures, the remainder of the equipment was supplied by John Bahnick from Upstaging, including control, cabling and custom metal and woodwork.

Reviewing the overall effect of the lighting Andi Watson is in no doubt that it achieved everything that he had hoped for. “To me the installation works on so many levels and whilst it is certainly immersive, it is at times contemplative, at other times dynamic and always mesmerising. The lighting enabled the conversation between the two structures and became the language they both spoke.

“I think it would have been almost impossible to create what I was looking for with any other set of fixtures,” he said in summary. “The brightness and color purity of the fixtures allowed me to really make both the Silvers Building and Mirage come to life.

“The cold white and warm white color temperatures worked spectacularly well with the white marble columns and gold leaf decorated ceiling, and could make Mirage look as if it was made entirely of silver or gold. In addition, the level of control over the individual cells of the fixtures allowed us to program incredibly intricate, delicate or dynamic modulations that made the light appear to be blowing in a breeze, rippling as if underwater or caught up in a tornado. It was truly beautiful.” 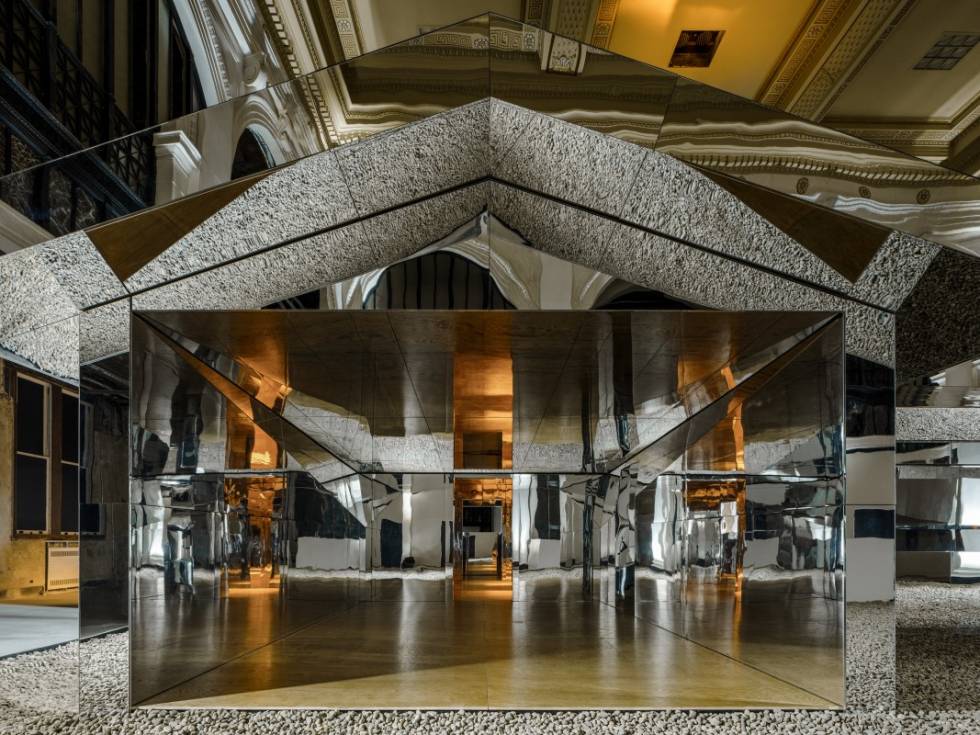