Of Diamonds and Atoms 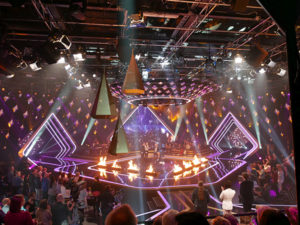 On 15 January 2017, German-speaking households discovered “IT TAKES TWO”, the new show broadcasted by RTL. In the new five-part music show series, nine celebrities compete in this major singing contest. Supporting them are three professionals, who accompany the amateurs as mentors. The five-time jazz award winner Tom Gaebel, the Austrian pop rock singer Christina Stürmer and musician, singer and actor Gil Ofarim is on hand to provide advice and action. 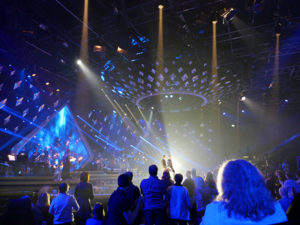 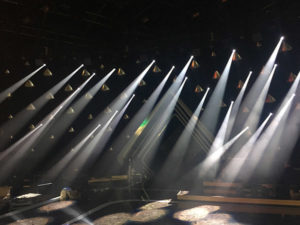 The backdrop of the television studio for “IT TAKES TWO” is characterized by diamond-shaped design elements, between which a total of 60 impression X4 atom were installed. Among other fixtures, these have earned their place due to their compact design. Seemingly from out of nowhere, the X4 atom, with its extremely narrow beam of only 3.5 ° and fast zoom up to 35 °, delivers a wide range of effects, while the 30 Watt RGBW LED from Osram provides the necessary punch. As a result, the X4 atom integrates seamlessly into the existing GLP impression product range.

The team of Kreileman / Franken made their first contact with GLP’s tiny lamp in autumn 2016 within the context of a product demo set up by key account manager Oliver Schwendke. It immediately became clear at this first presentation that the X4 atom would be integrated into one of their future lighting concepts. 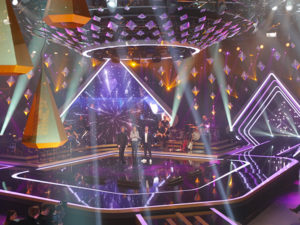 In addition to the compact design of the lamps, Tim Franken also praised the cabling concept of the X4 atom: “By combining a small lamp and the remote PSU, we were able to simply put the lamp in places that would only have been possible alongside other spotlights. The product was praised and admired on all sides. 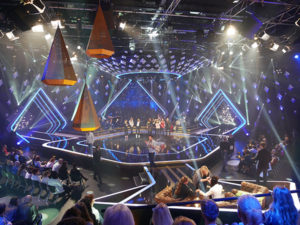 “On top of that there was the fast zoom and powerful colors of the X4 atom which enabled us to realize the ‘beam look’ which up to that point we had seen only as a rendering,” Franken continues. “This even exceeded our expectations.”

The fact that the X4 atom will become an integral part of future shows is due not least to the easy-to-use locking system and the large number of accessories, which offer a variety of options to the creative lighting designer.

This is echoed by David Kreileman, who states: “Tim and I are convinced the X4 atom will become involved in our future shows.”