One of the more widely acclaimed, and viewed, virtual concerts during lockdown has been the recent live internet performance from psych-pop stars, Glass Animals.

The widely acclaimed Oxford based quartet were all set to tour their chart-topping Dreamland album this Spring until lockdown came along. When their lighting team (Cassius Creative) were eventually called into play (by Tour/Production Manager, Simon Lutkin), it was to produce a viewable online show only (Live In The Internet)—a dynamic concert masterminded by the band’s inventive front-man, Dave Bayley. 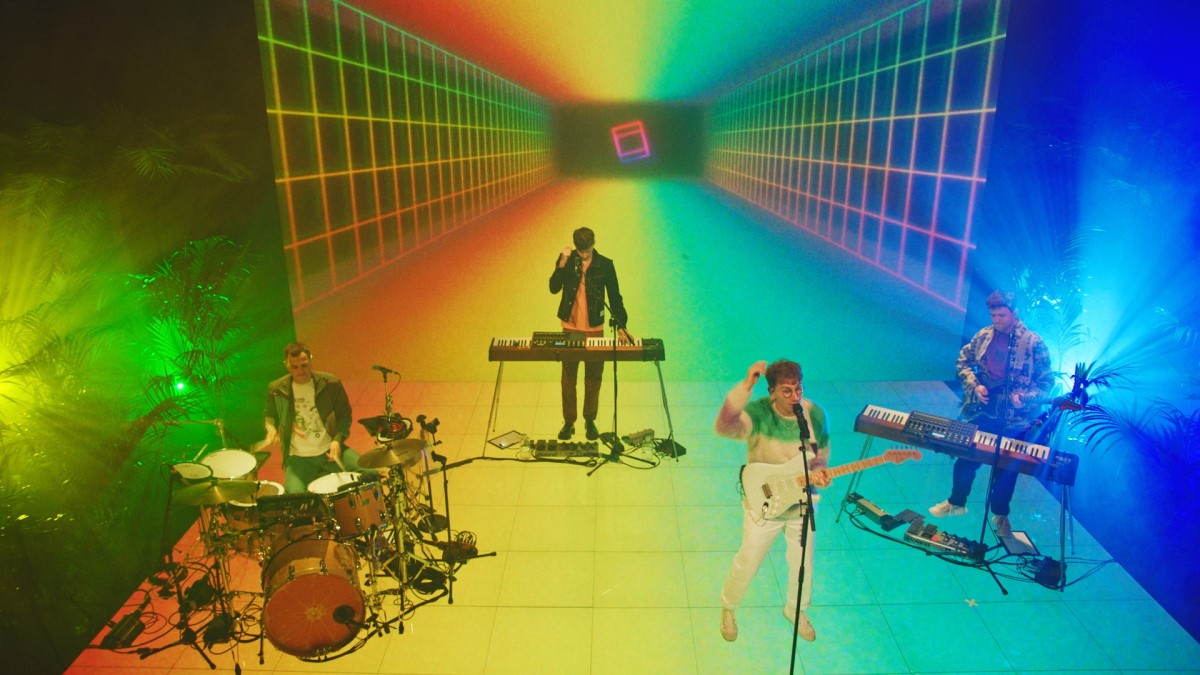 Set up nearly five years ago by Chris ‘Squib’ Swain and Dan Hill) Cassius Creative dipped into their armoury of GLP fixtures and at the same time became one of the first adopters of the new JDC Line hybrid strobe batten. This combines a powerful linear white strobe element and two separate RGB LED pixel mapping lines, all in a slimline format that complements the classic JDC1. To Swain and Hill it simply seemed like “a natural extension”.

The virtual venue chosen for this unique showcase was the LH3 rehearsal/prep space at Neg Earth, the lighting hire company who would have been delivering the tour inventory. During the hour-long performance, the band reimagined their renowned live show for streaming, and were joined along the way by singer songwriter Arlo Parks and rapper Denzel Curry.

Using inspired video content from Russian company Sila Sveta to create an ever-changing immersive environment, the show tested the lighting artists’ ability to combine the dynamic impact of a pop video, or TV promo, with a full-length concert. “The band didn’t want it to feel like a music video—they wanted it to be as live as possible,” state the two LDs. 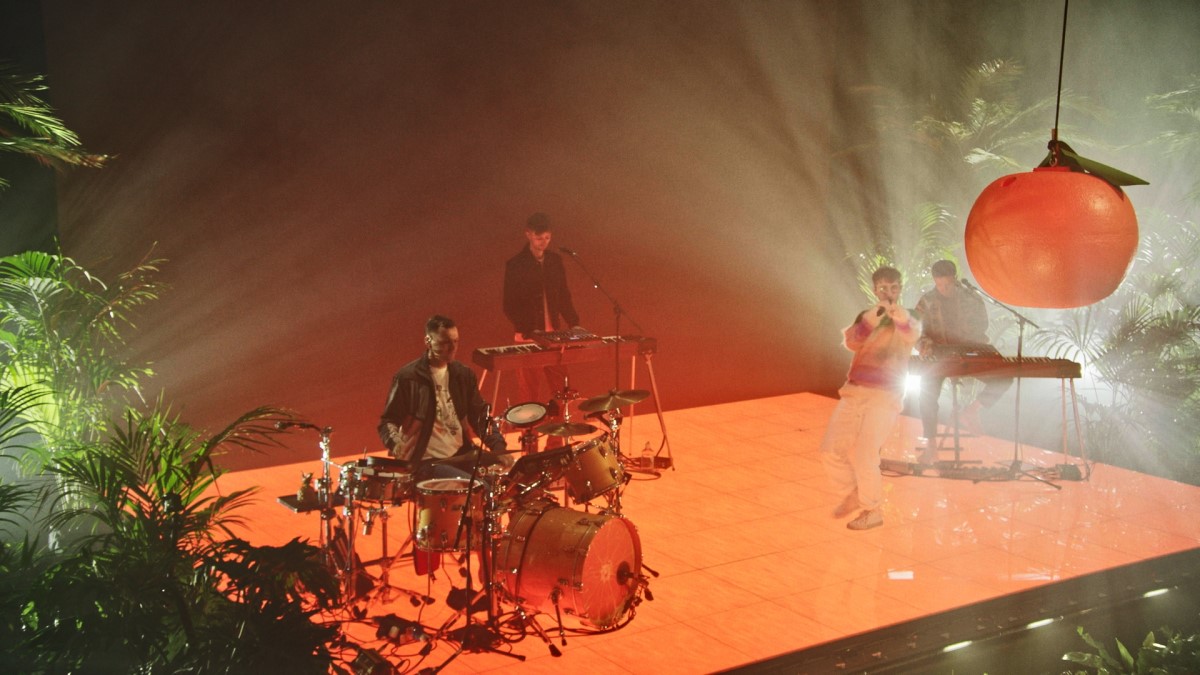 Cassius Creative explained how they helped convert performance space into what was described as a “vibrant paradise” to represent Dreamland, with the aid of 14 JDC Lines on the downstage edge on the floor and 36 JDC1 in the roof, with the visuals constantly transforming the stage scenically via a number of “miniature sets within a set”, as Dave Bayley put it. They also suggested the use of foliage, working in conjunction with the lighting to produce an organic feel, taking inspiration from mixed media artist, Nam June Paik.

Both Dan and Squib refer to Bayley as “one of our most creative clients. What he wanted was a video game element, moving between analogue and digital, organically merging screen with nature.”

Cassius Creative have used GLP tools regularly over the years, and despite the short time frame did have the luxury of a few days of pre-viz (using Depence 2 lighting visualisation, which has the JDC Line in its fixture library). 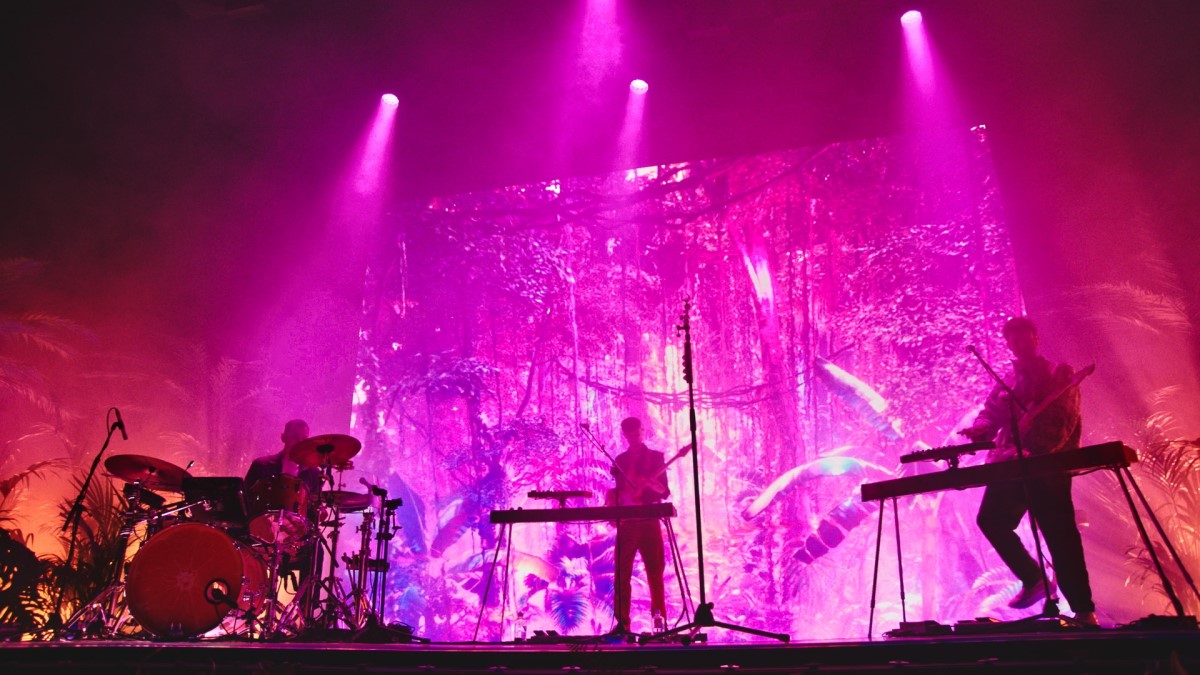 “We’ve always had a good relationship with GLP and used a lot of their products, particularly the JDC1 strobes,” confirms Dan Hill. “These are great fixtures and were perfect in the overhead rig.

“We didn’t want to use beams and moving lights really, but instead the JDC’s act as a ‘roof’, forming an extension of the video screen which mimics the light source.”

As for the JDC Lines they were deployed as a downstage border, helping to frame the edge of the stage. “We chose them for their color element, making it a great and interesting product. What you can achieve with pixels made it a really good fit with the musicality.”

Having access to the JDC Lines also gave them a versatile alternative to GLP’s X4 Bars which had originally been specified for the tour. “We were given an introduction to the product virtually from David and Simon [at GLP UK]. One advantage is, because of how it’s set up, it sits nicely alongside the strobe. And in terms of what it can do with pixels, colors and dimmer effects, it’s very easy to rig as an architectural extension of the JDC1. We tried to mimic the mode of the JDC1.” 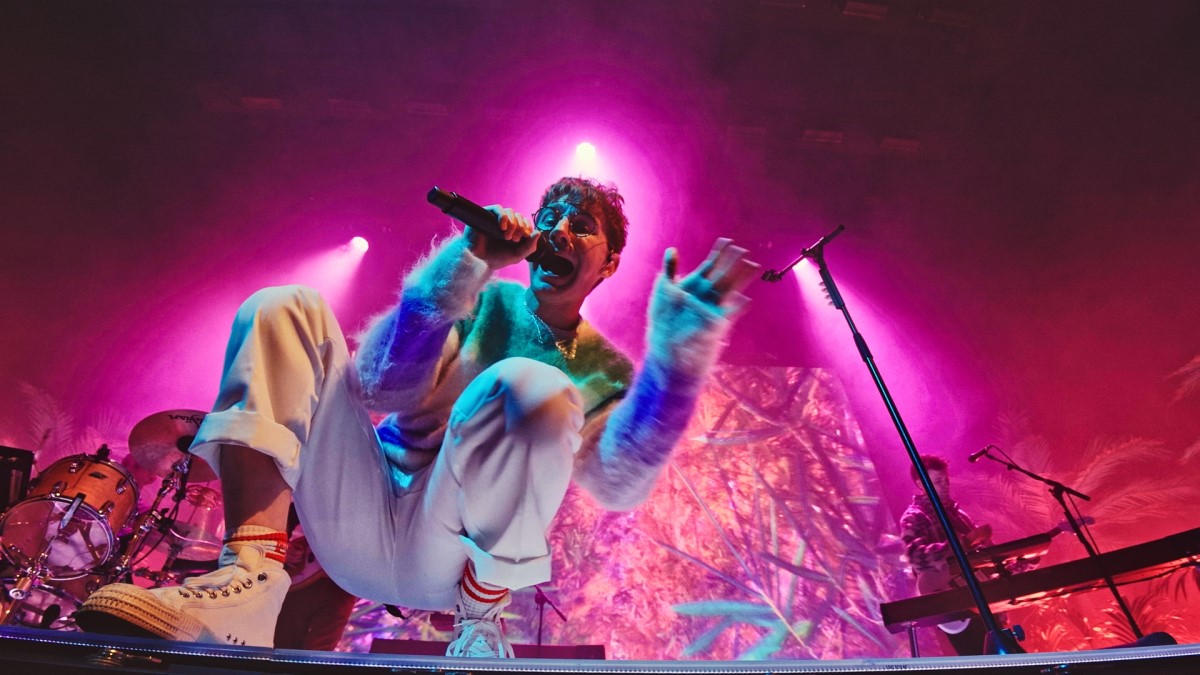 Squib states that GLP are one of the companies redefining the batten for the modern era, believing there had been a gap in the market for too long. “Rather than eye candy and light curtains with products like the JDC Line we can see the impact it can now have.”

It is a credit to the versatility of GLP’s advanced LED fixtures when Dan Hill states, “We have never set out to make a light show.” Explaining, he says, “These lights were supposed to feel a natural part of the world that was created [onstage] and only be called on to provide impact when needed; the more subliminal the better.

“In fact for the TV world it looked great, and read brilliantly to camera.”