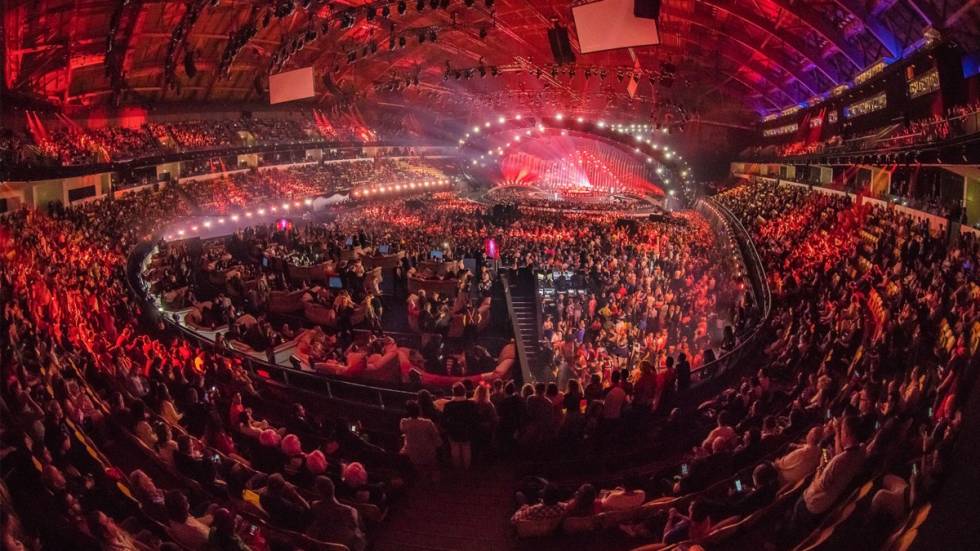 The Eurovision Song Contest (ESC), the world’s largest music event, has taken place every year since 1956. Around 185 million television viewers around the globe tuned in for this year’s show, which was broadcast live from the Altice Arena in Lisbon. Originally built for the Expo 98, the arena is one of the largest arenas in the nation and was home to the ESC 2018 for a total of 42 days.

Lighting designer Jerry Appelt returned to the event this year, working alongside stage designer Florian Wieder, specified a total of more than 600 GLP lighting fixtures for the mega event. 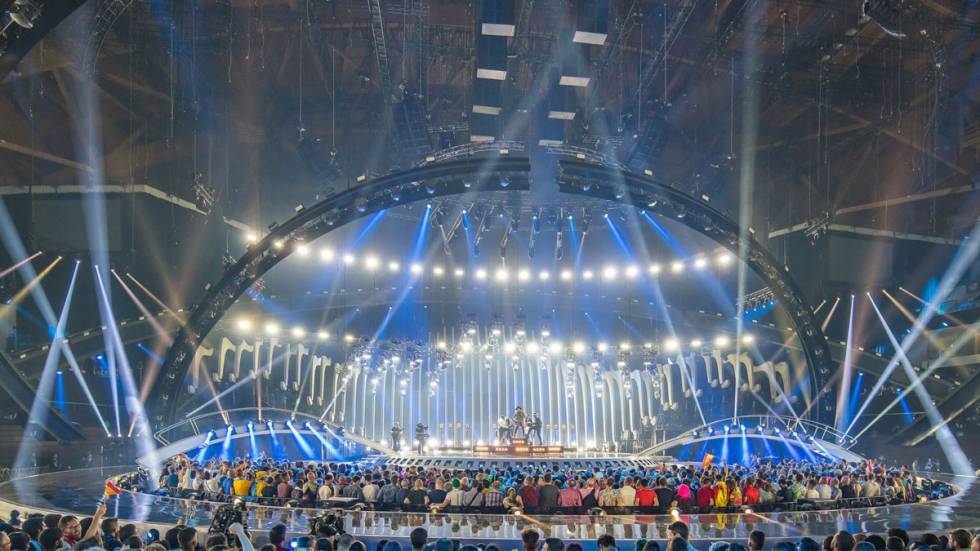 Among the most impressive elements of the show were eight rings, set within truss circles over the audience area, for which Jerry Appelt used the KNV Arc modules from GLP for the first time on TV worldwide. “The most secret light in the world”, as production manager Ola Melzig described the modules, at the same time making no secret of how powerful these modules really are. “They’re damn bright,” he said, describing his first impression. “It’s best to put on the sunglasses before these things come on.” 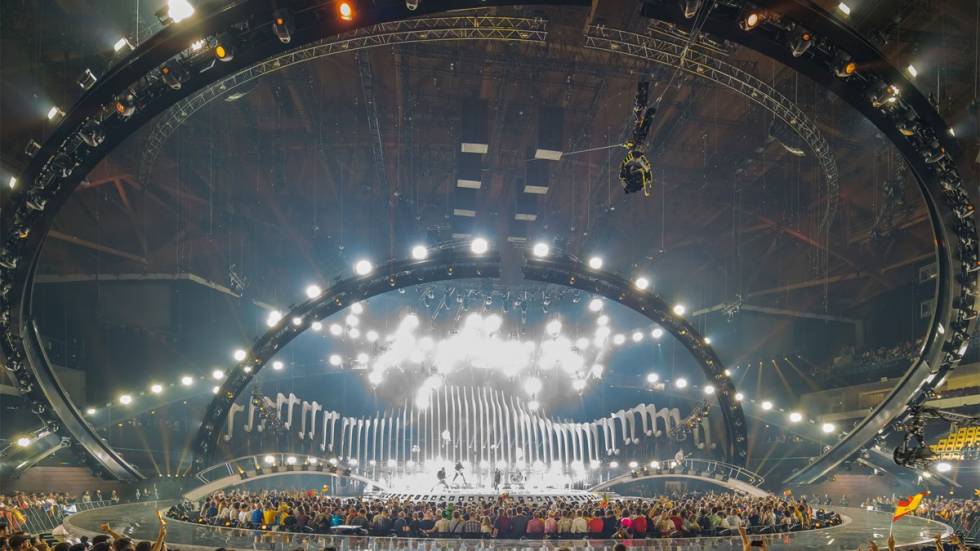 GLP product manager, Michael Feldmann, explains: “The KNV is a modular LED system and combines strobe, blinder and pixel block. There are two basic shapes, the cube-shaped KNV Cube and the KNV Arc in the shape of an eighth of a circle.

“Originally, Jerry Appelt brought the idea of ​​modular strobing to GLP, and our CEO, Udo Künzler, immediately put the entire team at our newly formed Danish development department on the project. The result was there for all to see,” he stated. 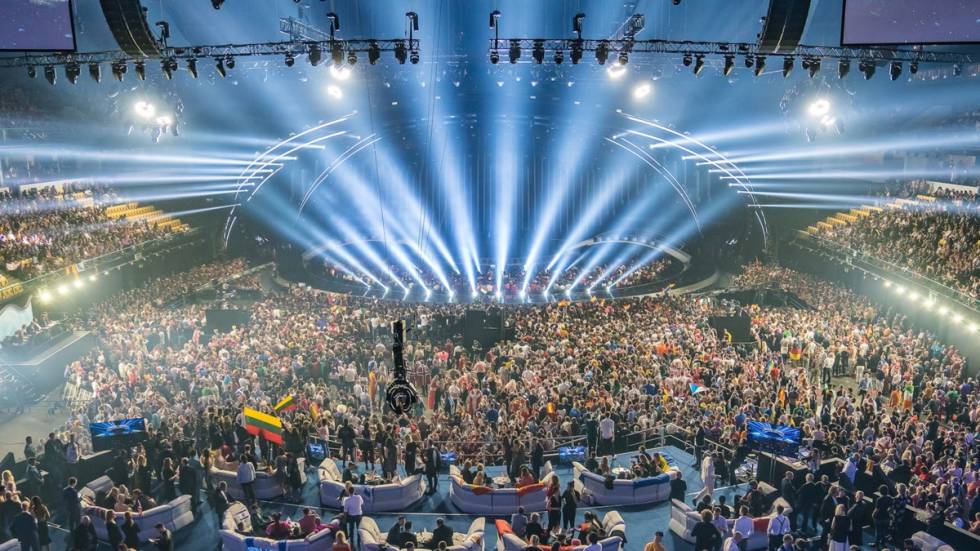 Jerry Appelt is also planning further use of KNV, as the two basic forms allow him so much creative freedom. “I already have some ideas in mind,” the designer reveals ominously.

Other GLP fixtures in use at ESC included the JDC1 hybrid strobes, of which Jerry Appelt deployed a total of 262 units. “With the JDC1 we were able to perform several tasks with one lamp. On the one hand there is the crisp white of the strobe tube and on the other the color surfaces, which can be animated in segments. Depending on the situation, we were also able to color the arena ceiling or the audience,” he says, describing the versatility of hybrid strobes at this year’s song contest.

In addition to the JDC1 and KNV modules, more than 250 of GLP’s powerful impression X4 L were also used at this year’s ESC, mainly for public lighting and in the green room. For Jerry Appelt, the impression X4 L was the first choice, “because these lamps have enough power to be used in arenas of this size.” 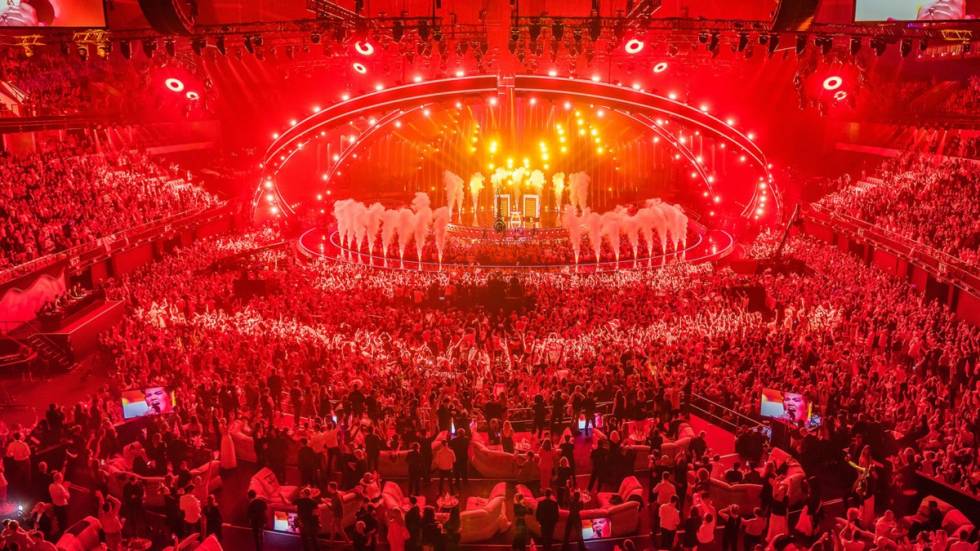 With a hotly-contested final on May 12, the ESC bade farewell to Portugal as it made way for Israel, who will host for the fourth time next year. In addition to the brilliant winner Netta Barzilai, who brought a lot of fresh impetus to ESC with her unusual performance, the fourth place for Germany will also be remembered, as will the spectacular images of the most versatile stage of the ESC.