Between Space And Chaos – Bertil Mark And GLP With Adel Tawil

Between Space And Chaos – Bertil Mark And GLP With Adel Tawil Tuesday May 29, 2018 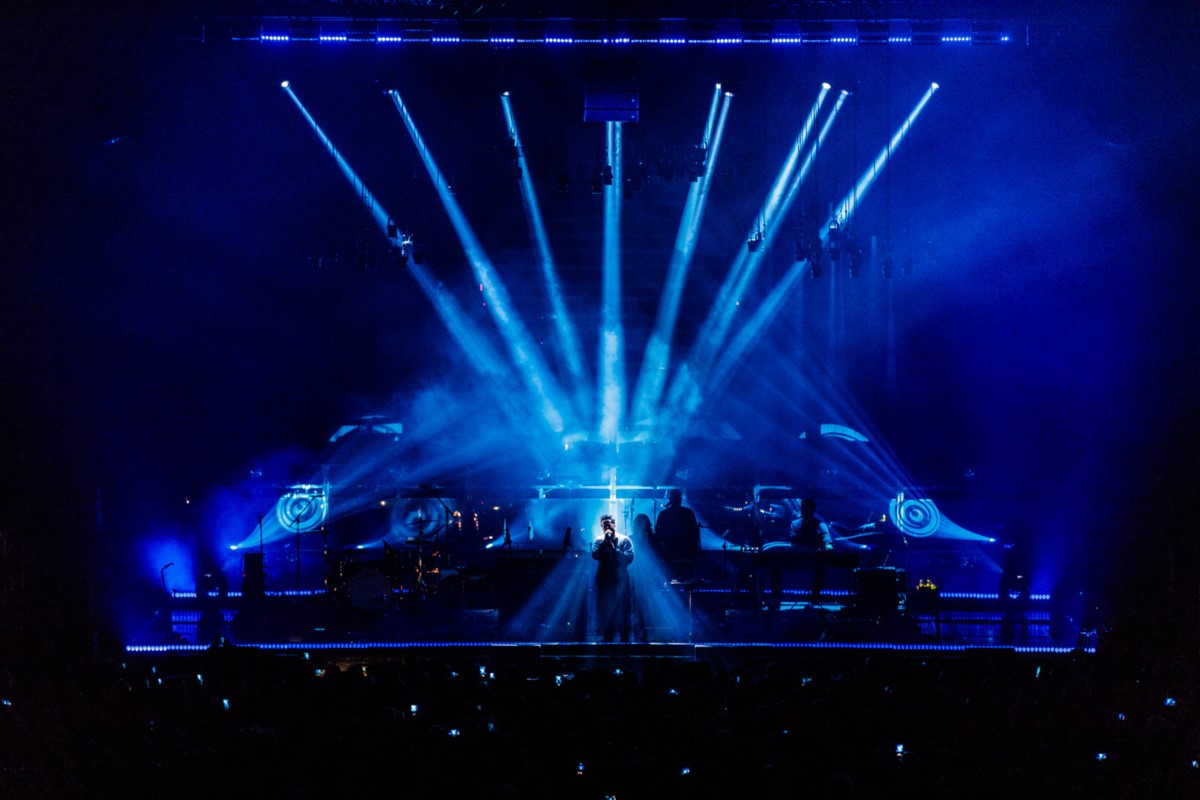 The exceptional singer songwriter Adel Tawil is again on tour in Germany, Austria and Switzerland. Prior to the tour, he used a number of festival appearances to present his current No. 1 album “so schön anders” before embarking on an extensive theatre tour that ended with three sold-out arena shows last Autumn. These included all the essential production elements of his other shows.

The man responsible for the lighting design is Bertil Mark, who wanted to implement a symbiosis of clear spaces and chaos. Production rehearsals took place over three days at Black Box Music in Berlin, where most of the band now resides, and where the lighting designer now runs his own studio.

“Since the band is well-rehearsed, we were able to use the three days in the rehearsal studio almost exclusively for the design,” reports Bertil Mark with satisfaction. “I had listened to the album in advance and wanted to try and implement my ideas and thoughts, using the nobility of Tawil’s songs to trigger these ideas.” Together with the artist, a modern and intense lighting design evolved, which is both minimalist and elegant in creating moods and pictures.

As with many previous designs, Bertil Mark has drawn heavily on GLP’s portfolio. Other than a few conventional fixtures, the rest of the design comprizes a staggering 90 GLP X4 atoms, 170 GLP impression X4 Bars and additional 40 GLP JDC1 hybrid strobes.

Over the course of the evening, an imposing chandelier, made of 90 GLP X4 atoms, shines above the stage, which at first glance is spartan and without visible technology. The fragile construction was made durable and road-worthy in advance by lighting crew chief Andre Nordhoff, along with Steffen Haas. 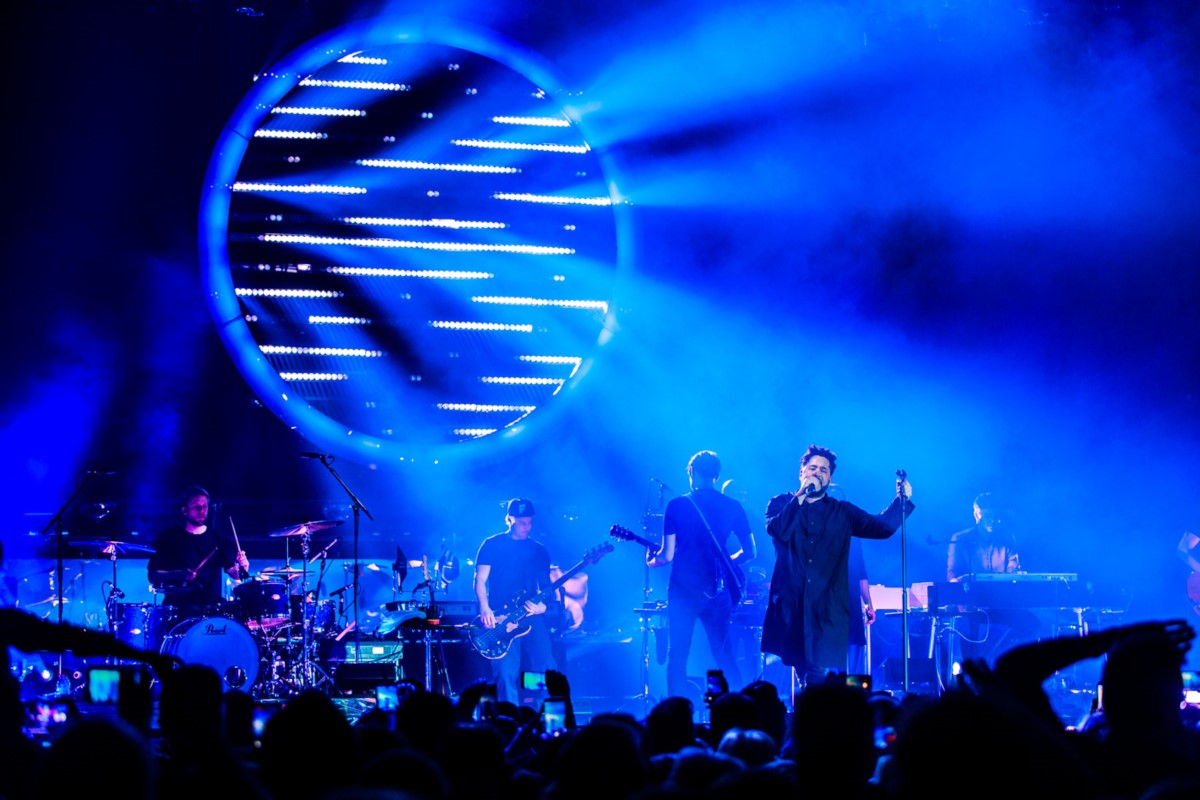 In addition, in the stage background is a 4m diameter circle, equipped with a matrix of 50 GLP impression X4 Bar 20—adapted to the circular shape with black wrap, and responsible for part of the 32 DMX universes that Bertil Mark required for control. At first concealed behind the gauze, the circle appears impressively later in the show and embodies the qualities of enlightenment, strength and elegance, which inspired Bertil Mark while listening to Adel Tawil’s songs.

The decision to control the impression X4 Bars in single-pixel mode was deliberately made by the designer at the outset. During the show, he also uses the circle as a medium for various content and his designs continue to evolve during the course of a tour that never remains static. “There’s nothing set in stone,” he laughs, “I like being able to intervene quickly and emotionally in the show, without having to program it extensively ahead.” 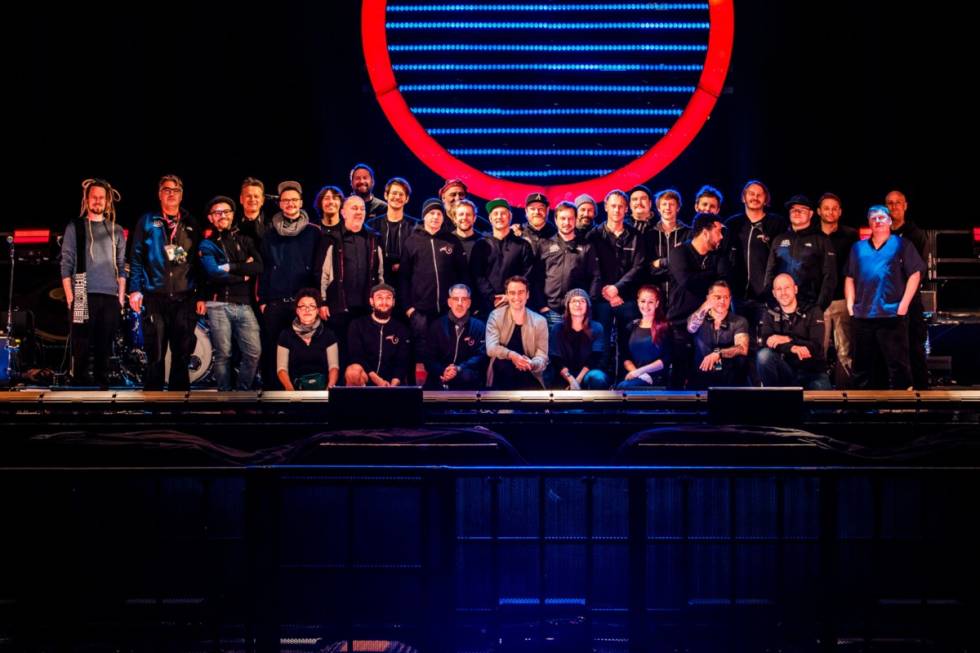 In contrast to the imposing and emotional installation above and behind the stage, is the stage itself. This is framed on all sides by GLP impression X4 Bars. Bertil Mark has created islands and spaces for the musicians which he continually rearranges. Aided by dense fog or fine haze, almost three-dimensional spaces emerge, which seem to bend or form themselves at will.”I let the show evolve from beginning to end,” is how Bertil Mark describes his concept. And so he has created an impressive arc of suspense, which always contains new surprises. Low-key images alternate with bright accents, spaces emerge and disappear again, and the set design is constantly changing between order and chaos. And even as the set list changes in the course of the first shows, the staging has enough room to change and adapt accordingly. Thus, the first use of the distinctive circle moves very quickly during the first half of the show and provides an opening highlight of an evening that contains many entertaining and exciting moments.