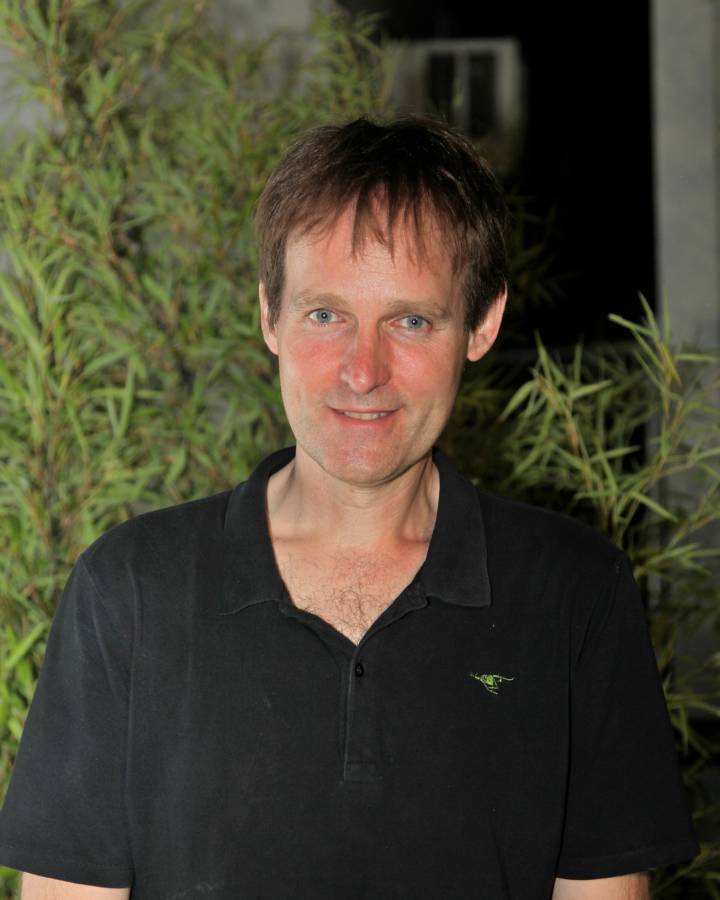 Radiohead’s long-serving lighting designer, Andi Watson has been using 48 of GLP’s powerful X4 L LED spots as well as 14 of the award-winning X4 Bar 20 battens (as well as several shorter X4 Bar 10) on the band’s latest A Moon Shaped Pool tour (in support of their latest album). These were supplied by Upstaging in the States, while Neg Earth picked up the European leg of the tour.

“My job is to create an environment for the Radiohead songs to exist within the stage. With so many layers to what they do, many different instruments and lots going on, I have to build complex arrangements to represent the songs visually.” He confirms that there are over 240 layers of video, mapped to multiple projection and LED surfaces, in order to reinforce typically between 80 to more than 100 unique songs.

For the rig structure, he has favored curves. “There are two front trusses, one for the front line and one for the two drummers and bass player,” Watson continues. “I need to keep the angle of incidence high to avoid bounce back on the elliptical screen, which has been sprayed silver and covered in glitter.”

As for the GLP effects, he says, “I’ve always been a big fan of the X4, but when we came to do this tour — knowing we would be headlining festivals such as Coachella and Glastonbury — I knew I couldn’t really light the crowd adequately with those fixtures. So instead, on those two front trusses, we have these lovely X4 L.” In addition to lighting the audience there are a further 14 fixtures upstage, used to backlight the band, and a further 14 on the floor. 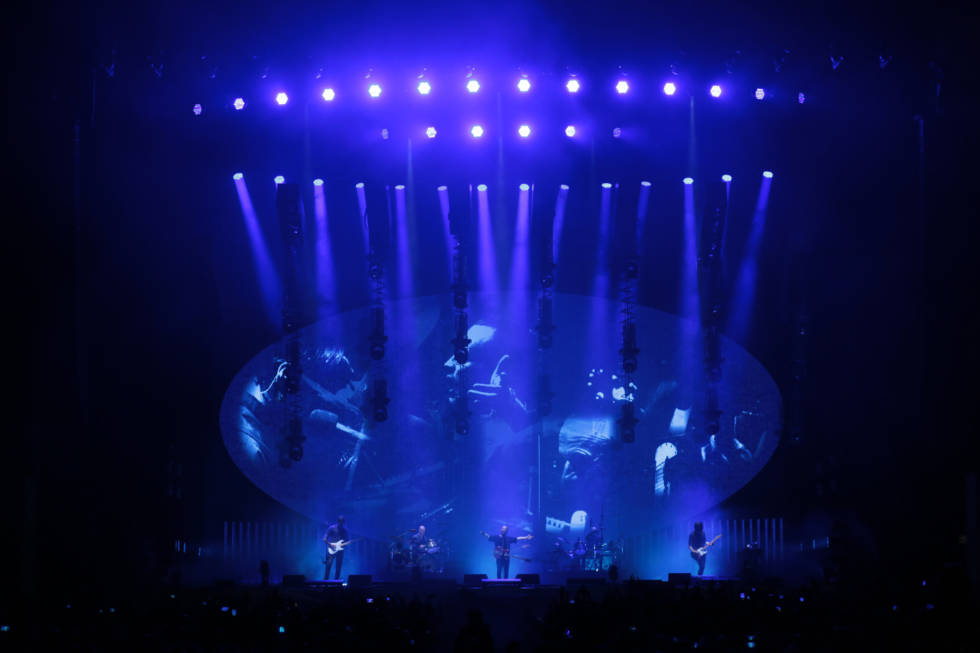 He has also used GLP solutions on previous tours — for example with Thom Yorke’s Atoms for Peace and with Sarah Brightman — but this is his first excursion with the X4 Bars. There are 16 Bar 20s with an additional Bar 10 assigned to guitarist, Jonny Greenwood. All were used as a floor package.

Andi was originally introduced to GLP’s award-winning battens by John Bahnick at Upstaging. “I was looking at fixtures for the tour and he suggested the X4 Bars which [GLP US president] Mark Ravenhill had shown me briefly at LDI last year. I love how you can make light move within the fixture. In the first cue of the show the X4 Bars create slowly modulating shadows on the screen. They are the only fixtures on, but really effective. I love texture and beams and movement and the X4 Bars do that really well.” All are fully pixel-controlled through the grandMA desk.

While Watson also takes care of his own programming, he was quick to praise his crew and in particular Crew Chief Travis Robinson, Lighting Director Rob Gawler and Catalyst and Camera head man, Ed Jackson. “I’ve worked with them all for a long time and I’m very lucky to have such a great crew.

“Touring is hard work and I always want things to be perfect so it is crucial to me that the crew can see that their hard work really makes a difference and the result is something we can all be really proud of.”