An abundance of GLP’s award-winning X4 Bar 20’s left the VER hire fleet for a very important event at the O2 Arena recently.

They were commandeered by London-based lighting designer Sam Tozer (of Vision Factory) for a special grime event, when the Boy Better Know (BBK) collective, led by Jme and Skepta, took over the venue for the August Bank Holiday. 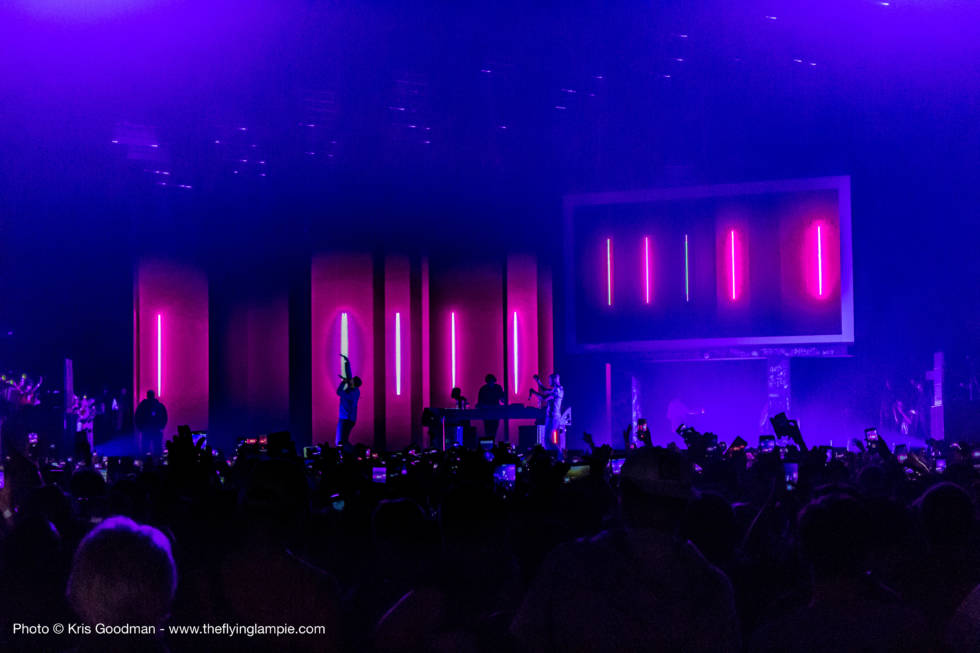 This all presented quite a challenge for Tozer, who had been approached by David Davies, production manager from LRI, to create a new look for the event.

“There wasn’t much of a design brief other than it needed to look unique and bring part of the Boys’ previous life to stage. Keeping in mind that this was about numerous artists as part of the collective, David and myself started to brainstorm and came up with the billboard as the centrepiece of the stage,” said the LD. “And once I had this I wanted to create a top rig that enhanced the stage but also had its own shape and imagery.”

This is where the impression X4 Bars came in as he sought to create the shape of upside down stairs. “I decided to hang the Bars on 36 drop downs at 45 degree angles to create this shape,” the designer explained. “I chose this fixture for the narrow channel of light it produces and capability of pixel mapping the LEDs.” This fixture worked extremely well alongside the LED strobes and the video screens’ abstract content, designed and created by Spencer Heron. Sam Tozer is no stranger to the X4 Bars, having used them previously on large-scale private corporate events. “I had been looking for a fixture with a really tight zoom that could be used to make a thin ‘wall of light’ for a while and noticed [the Bars] at a trade show as well as on latest alt-J tour. 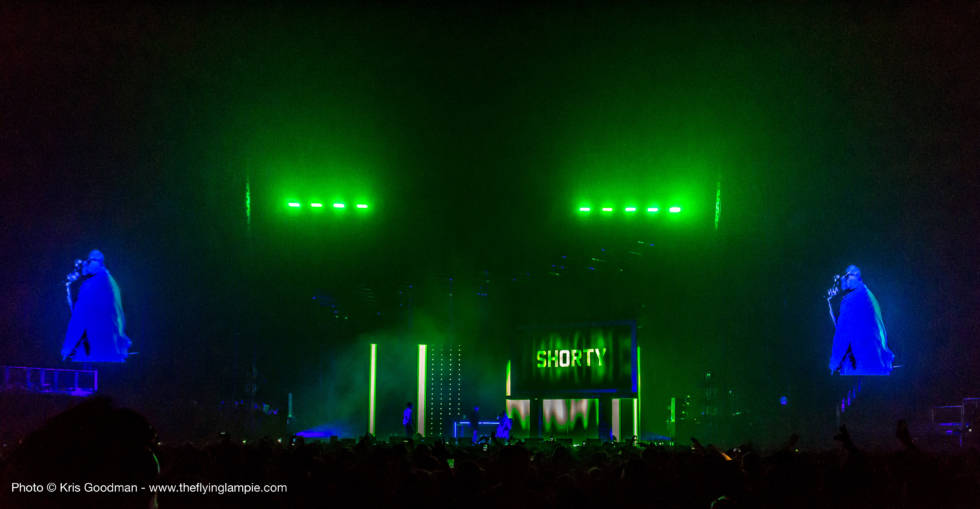 All of which delighted the 20,000 capacity crowd, who in addition to the main arena thronged into the many side-rooms, alcoves and cubby holes as the mix of entertainment ranged from afternoon roller-skating to legendary American garage DJ Todd ‘the God’ Edwards, in the Tropical Roller Disco, with a five-a-side football tournament thrown in.

It was certainly an event to remember for Grime aficionados.