Full Speed Ahead for GLP’s KNV

On September 8, 2018, the second edition of the Volle Kraft Voraus Festival, organized by the German band Eisbrecher, took place in Ratiopharm Arena in Neu-Ulm. The band, based around singer Alexander ‘Alexx’ Wesselsky and guitarist Jochen ‘Noel Pix’ Seibert, were also celebrating their 15th anniversary. Production company Rain Age GmbH from Landsberg am Lech has been in charge of the festival from the very beginning – and were once more on hand for the band’s anniversary event. 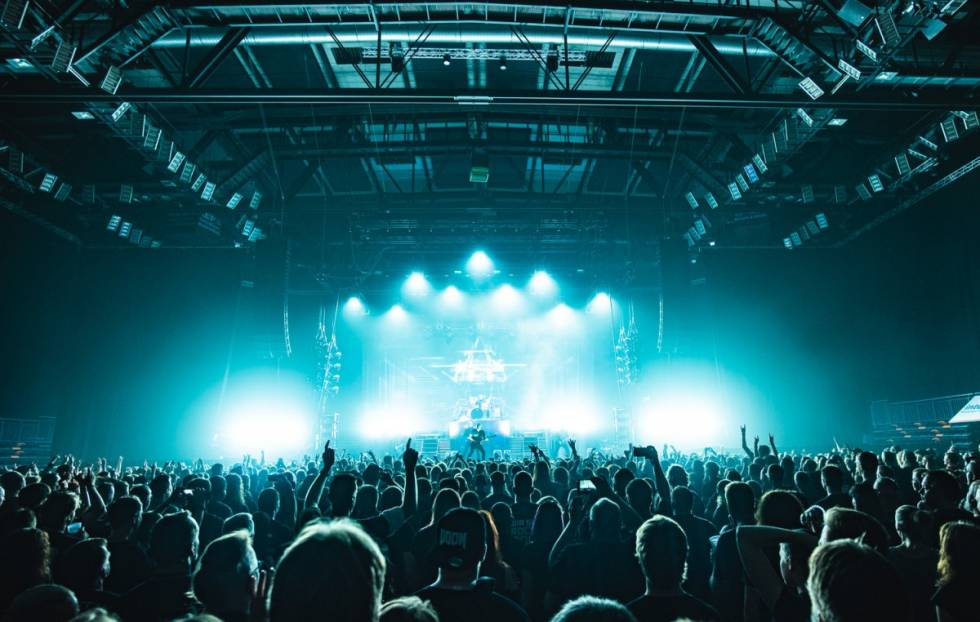 Martin Heining of Rain Age, who is also lighting designer for Eisbrecher, built creatively on the band’s existing tour design, which was expanded for the arena. This also serviced the guest bands – and this year besides the headliner it included Oomph !, The Krupps, Stahlmann and Zeromancer – who were also bathed in the additional light equipment. Among other GLP effects, the impression X4 and impression X4 L were also available. “My basic idea was to work with many levels of light to create a great industrial look,” explains Martin. “Because light always needs space, I used the full height of the hall.

The highest lamps hung twelve meters above the stage. Thanks to this design layout, I was able to create very wide and large looks in a versatile setup with a manageable number of lamps. “ 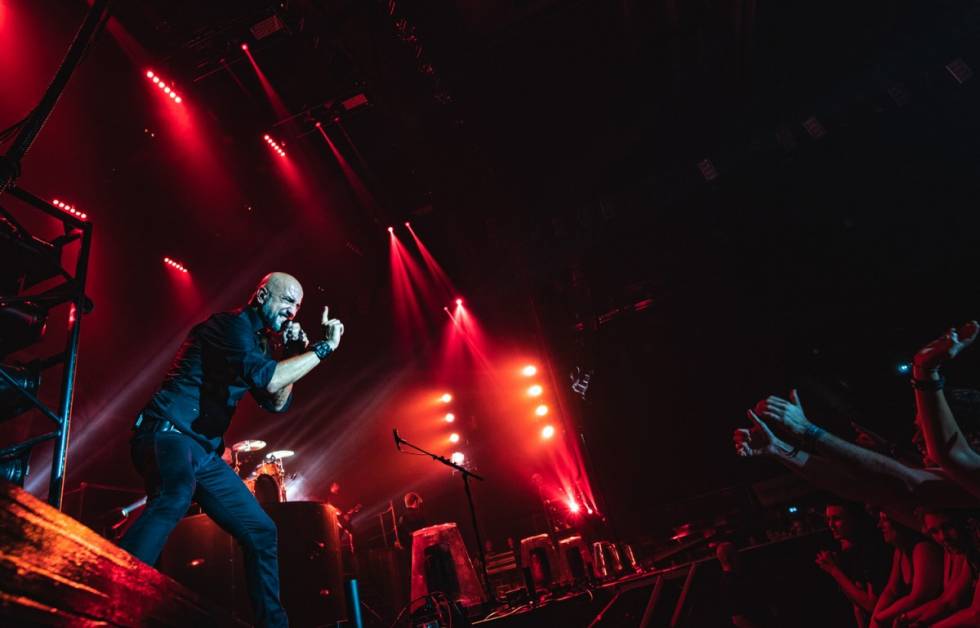 As a special effect, he used 36 of GLP’s KNV Cube for the first time. The new, modular KNV LED system combines strobe, blinder and pixel effect. The individual modules can be combined easily and in a variety of ways to build creative shapes. Each KNV module has 25 power pixels, each consisting of an extremely bright white light LED and a surrounding ring of 16 RGB multicolour LEDs, which together create 50,000 lumens of light output. 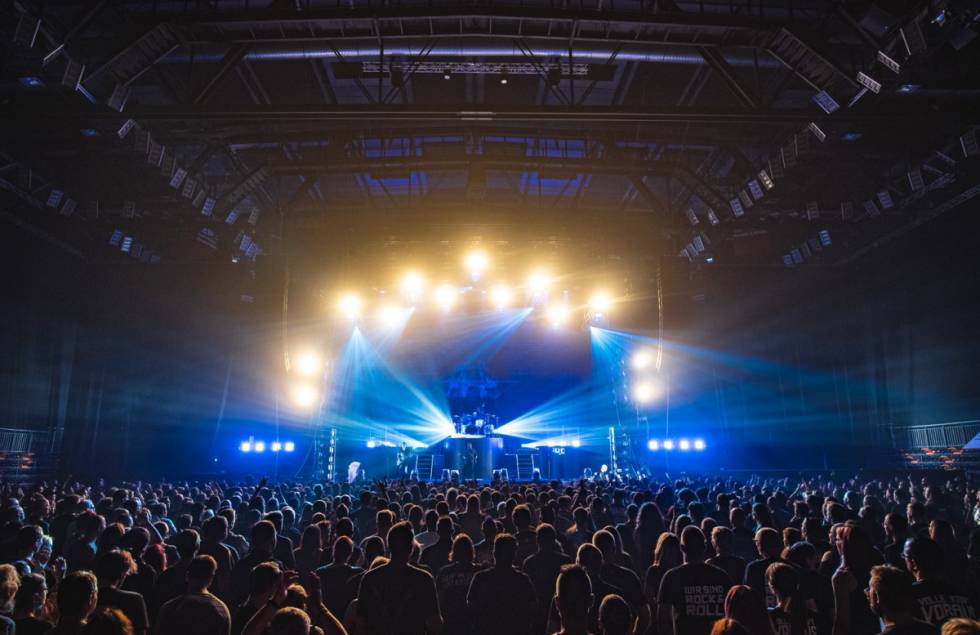 Martin placed the KNV Cubes on the one hand as single lamps within the set, and on the other in two separate blocks in pods above the stage. The designer played with all the possibilities of this creative LED system available to him: The ultra-bright white-light LEDs served as a blinder and strobe, while with the surrounding RGB LEDs he realized pixel effects and a colored uplight effect. “The KNV’s are extremely versatile and interesting new devices. Due to their really brute force white light output and the cool white color temperature, they are of course perfect for a band like Eisbrecher,” says Martin.

“I really appreciate the extreme pressure and the sheer infinite effect possibilities. It was my first KNV assignment and I’m really impressed with the devices. Also, none of the guest operators for the support bands were familiar with these fixtures, and they were absolutely amazed by the massive output. Anyone operating the KNV may initially get stuck — but this is a great toy that provides a lot of fun after a bit of training! The support from GLP was also exemplary. What more do you want?”

Force 120 for the industrial look 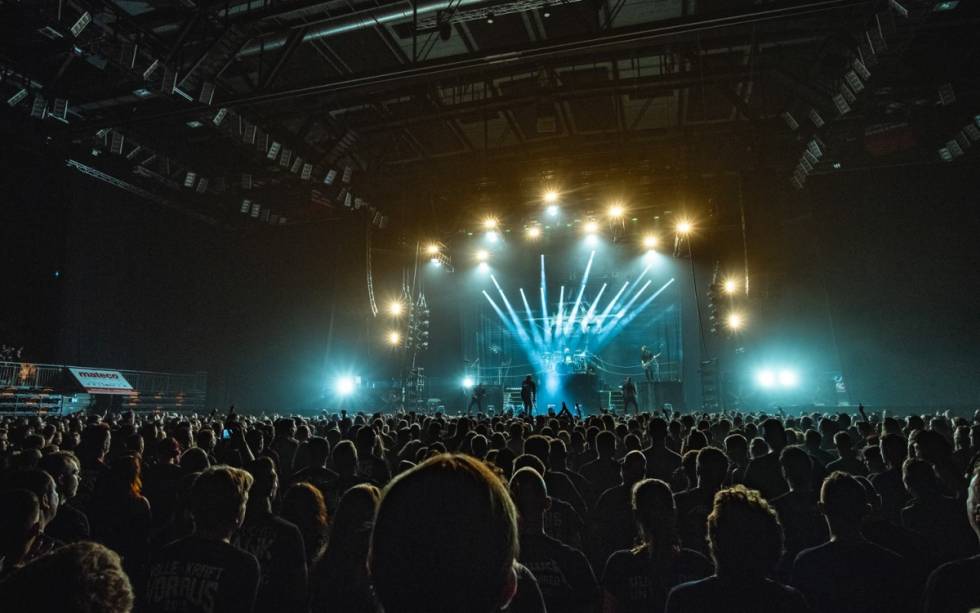 Martin reinforced the deliberate industrial look with six GLP Force 120 fixtures, which were placed in two blocks of three to the left and right of the stage. The rotor, with integrated RGB LED lighting in the blades, is perfect for creating dramatic effects or unique scenic elements and fits easily into the Eisbrecher set, as Martin explains: “On the one hand, the Force 120 is a beautiful decorative element on stage, while on the other, the actual wind output is exciting. Since the band Eisbrecher is also very ‘maritime’ in direction, it was a great pleasure to be able to add another sense, with the Force 120. For example, in songs like ‘Sturmfahrt’ you could feel the wind in the arena.”