Singer/songwriter Rea Garvey is certainly no stranger to international audiences. This is ensured not only by numerous TV show appearances, but also by his extensive musical output. For the past 20 years the likeable Irishman has been delighting his audience with multi-faceted pop rock and his distinctive voice. 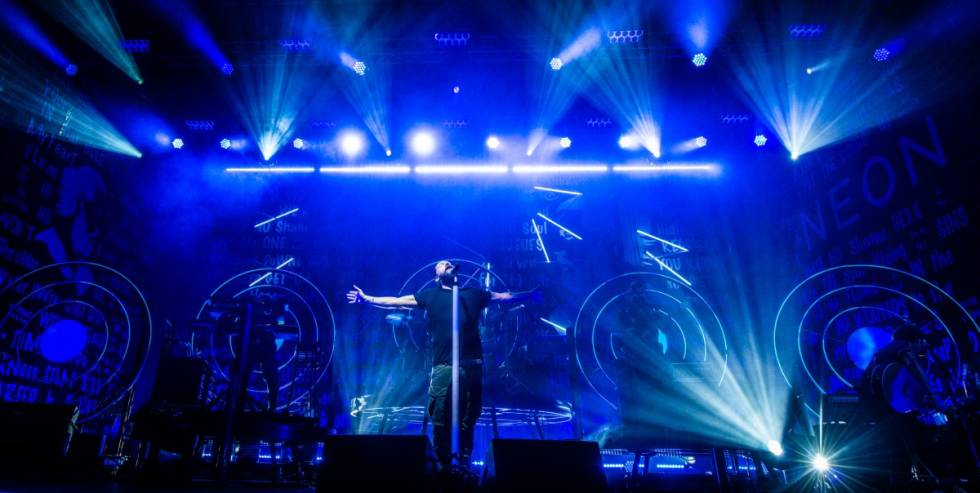 His most recent solo album, ‘NEON’ was released in March 2018, and in the autumn of the same year and through summer 2019, Garvey presented the new songs on a large ‘NEON’ tour. At his side for many years has been lighting and stage designer Christian ‘Rocketchris’ Glatthor. 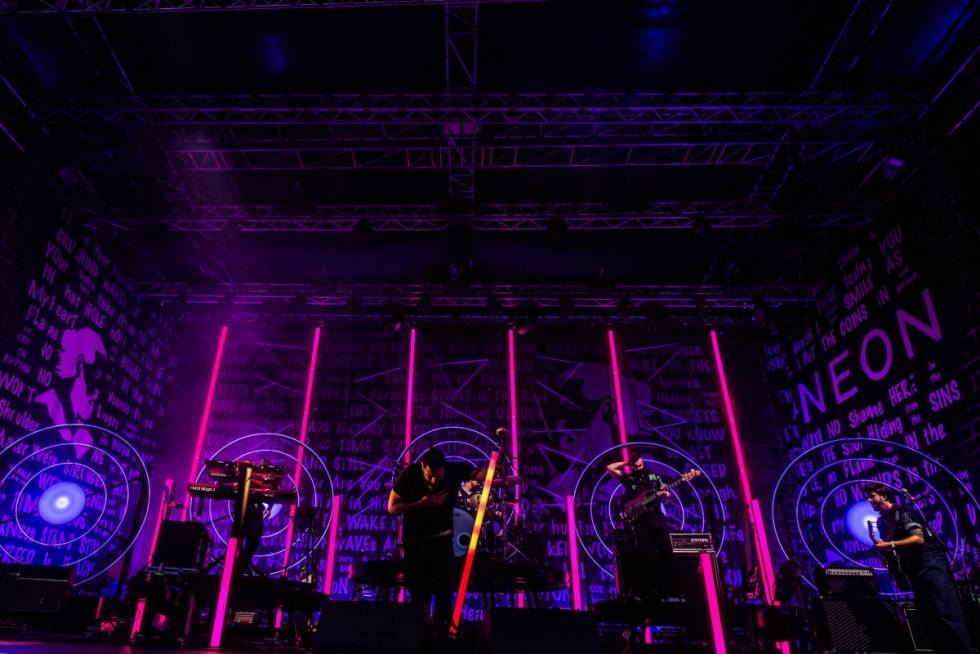 Glatthor—known for creating multilayered, haptic spaces on stage—designed a variable set with many surprizes. With the help of 60x FUSION Stick 20 fixtures from FUSION by GLP, he skilfully picked up on the NEON theme from the album and the tour. The majority of the FUSION Sticks were suspended from each other by a background truss, set in vertical rows of six each. The designer distributed Sticks asymmetrically on floor stands on the stage. 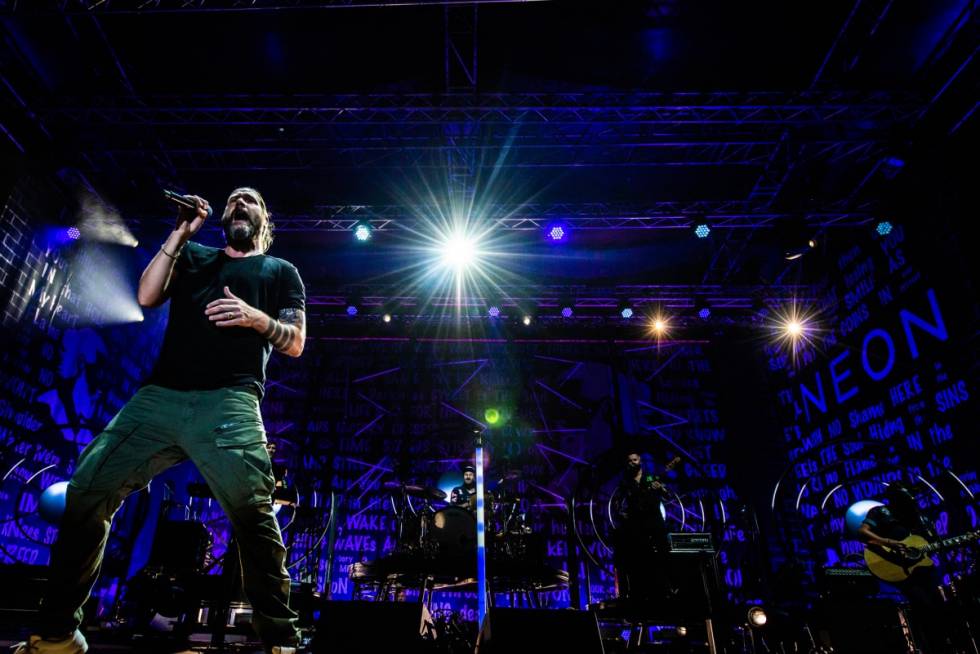 The FUSION Stick 20 contains 20x 15W RGBW LEDs and generates entirely homogeneous light output. With its intelligent plug-in system, seamless light lines can be realized—and thanks to its IP 65 rating, even in unprotected outdoor areas. 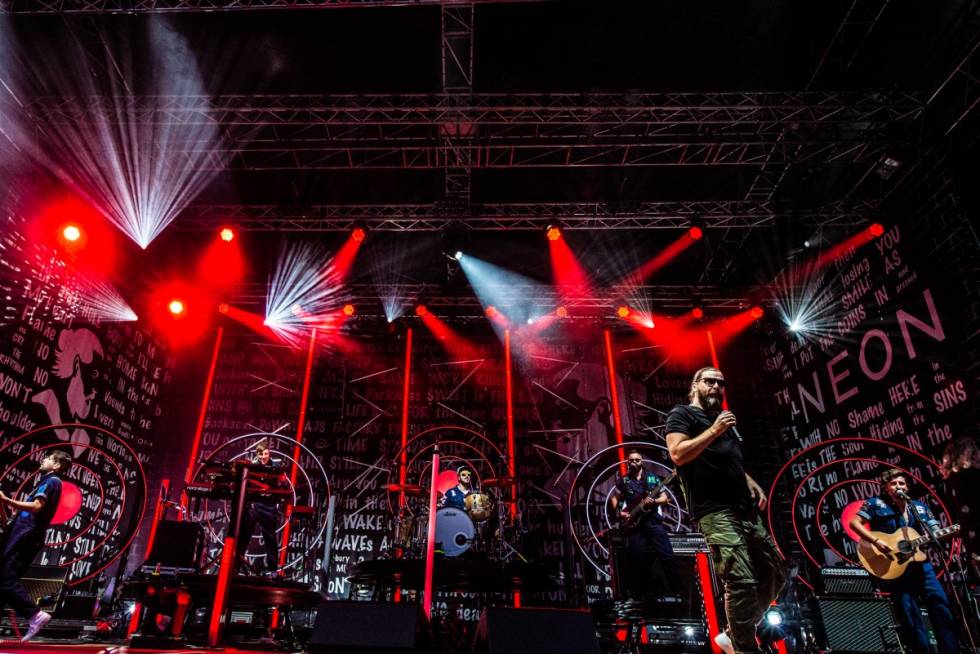 All Fusion Sticks have been equipped with custom diffuser filters for the Rea Garvey production, which Glatthor had developed together with GLP prior to production. “We originally had the idea of taking large, colored neon tubes with us on the ‘NEON’ tour in autumn 2018. 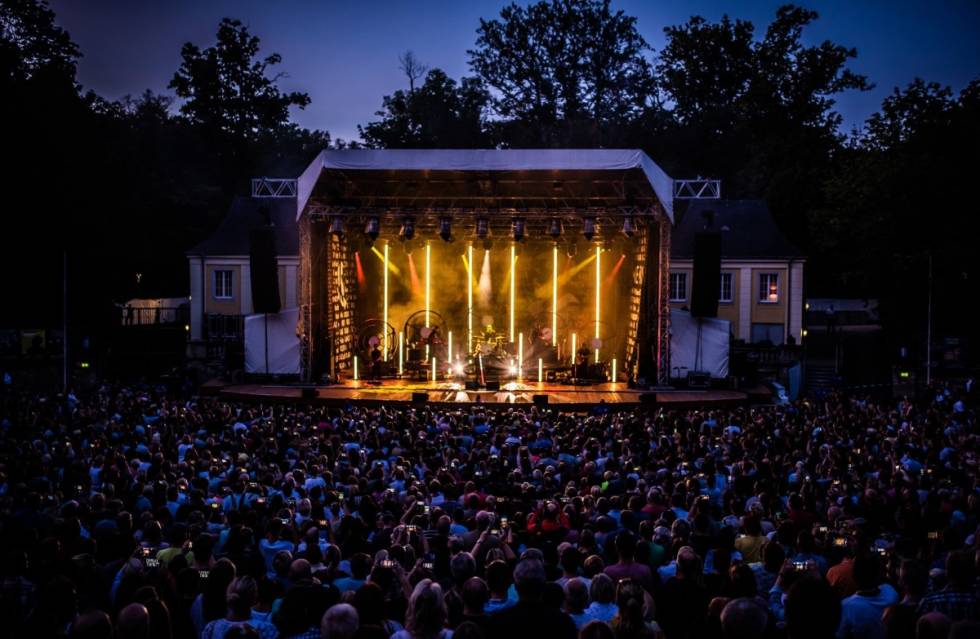 With this idea in mind, I visited Prolight+Sound in Frankfurt, where I was introduced to the prototype of the FS20 on the GLP stand,” recalls Chris. “It was immediately clear to me that this was exactly what I needed. However, I still lacked a diffuser, and we developed this together over the summer and had it manufactured by GLP.” 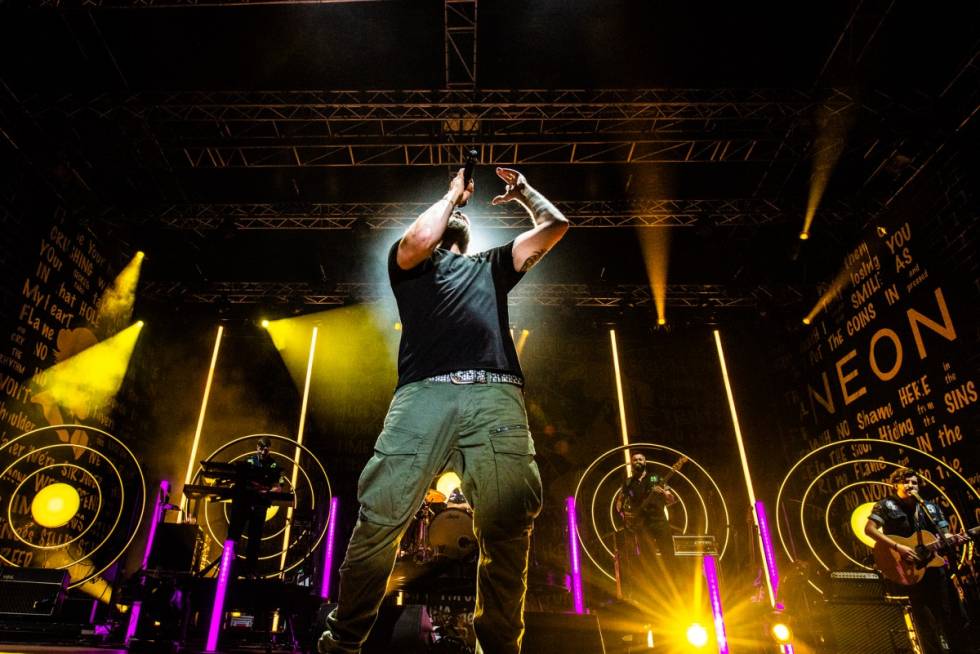 Thanks to the diffuser filters, the beam angle can easily be changed, from beam to flood or asymmetrically, with the FUSION Stick still delivering sufficient light output. Rocketchris also equipped his FUSION Sticks with a frost filter to make the light particularly soft. 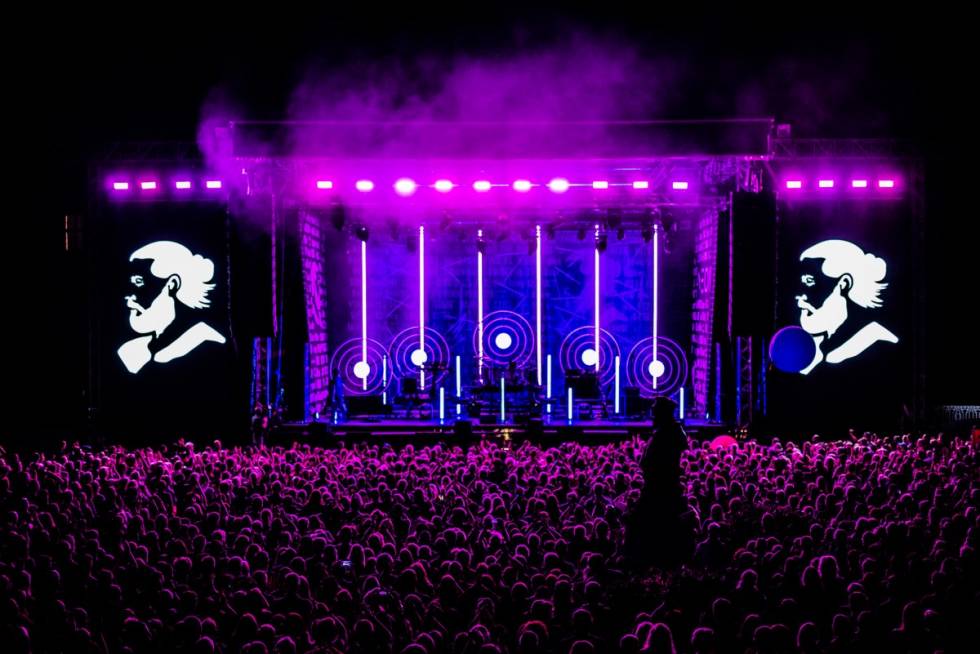 “The diffuser makes the LED sticks look more like real neon tubes. Although it swallows some light output, the output of the sticks is still so dominant that you can still immerse the entire hall in beautiful, diffused, colored light … even in arenas. ” 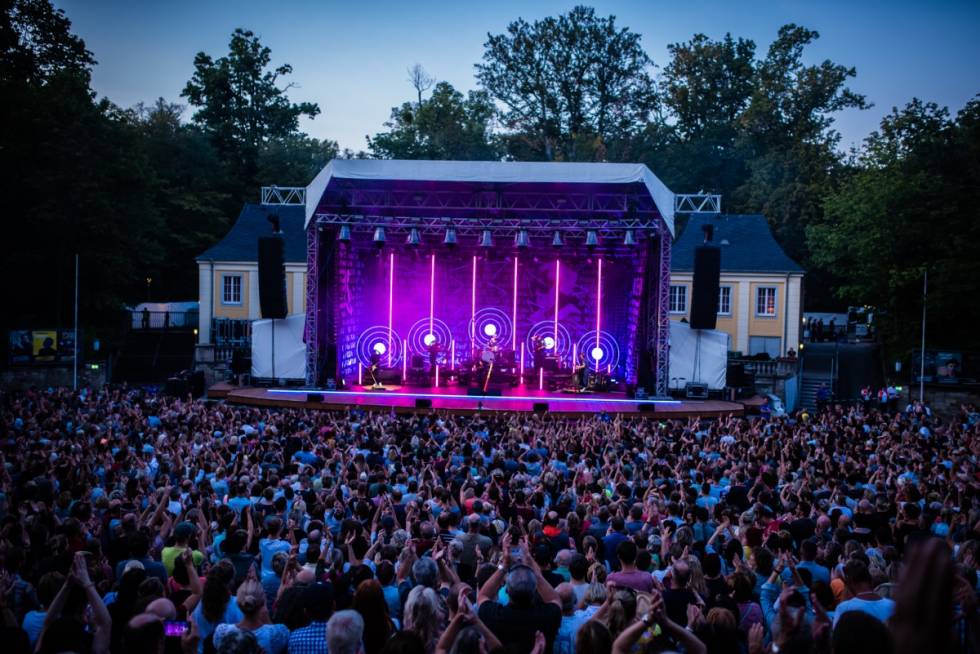 The FUSION Sticks served him, on the one hand, as physical objects in the room, but depending on the selected intensity, they provided very different, defined effects during the show. 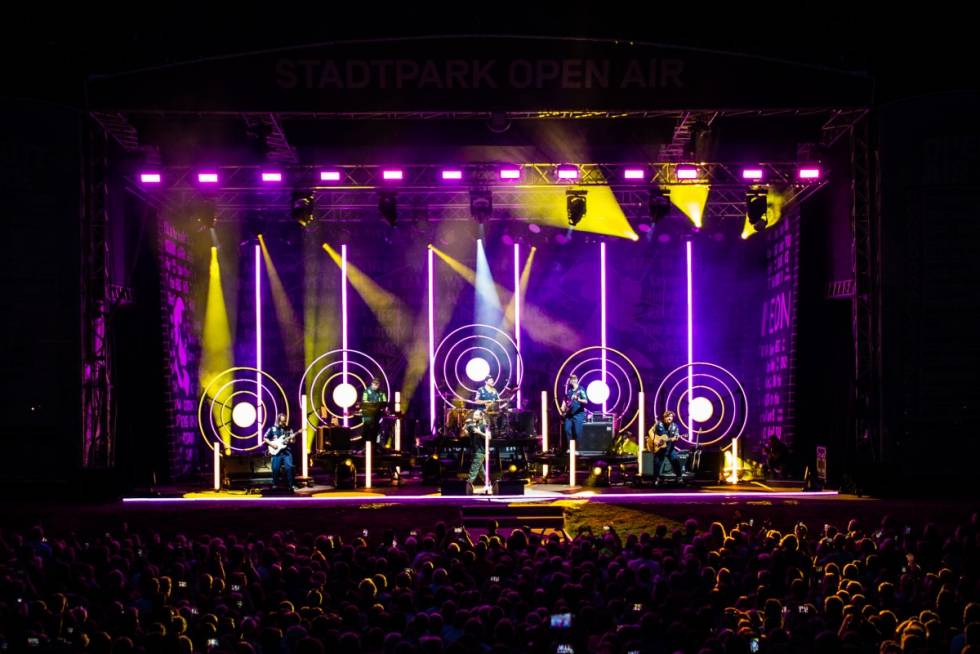 “The 48 Sticks, which were all mounted on the truss, could be assembled and disassembled in a very short space of time,” said Chris. “Of course, the different weather conditions also play a role outdoors. However, this made no difference to the behavior of the FS20, no matter whether it was hot or windy.”