Supermodel Heidi Klum spent from the end of January to mid May 2020 searching for Germany’s next top model. She found what she was looking for in the form of Jacqueline Wruck, when the grand final of the popular TV program “Germany’s Next Topmodel” was held at Studio Berlin Adlershof (minus the audience).

LD Manuel da Costa and his team from mdc licht.gestalten were responsible for the lighting design of this lavishly equipped show. Additionally, in collaboration with the video technicians, he oversaw the technical settings of the cameras and supported creative producer, Joy Hayat Berhanu and her team, in the individual productions of the show. 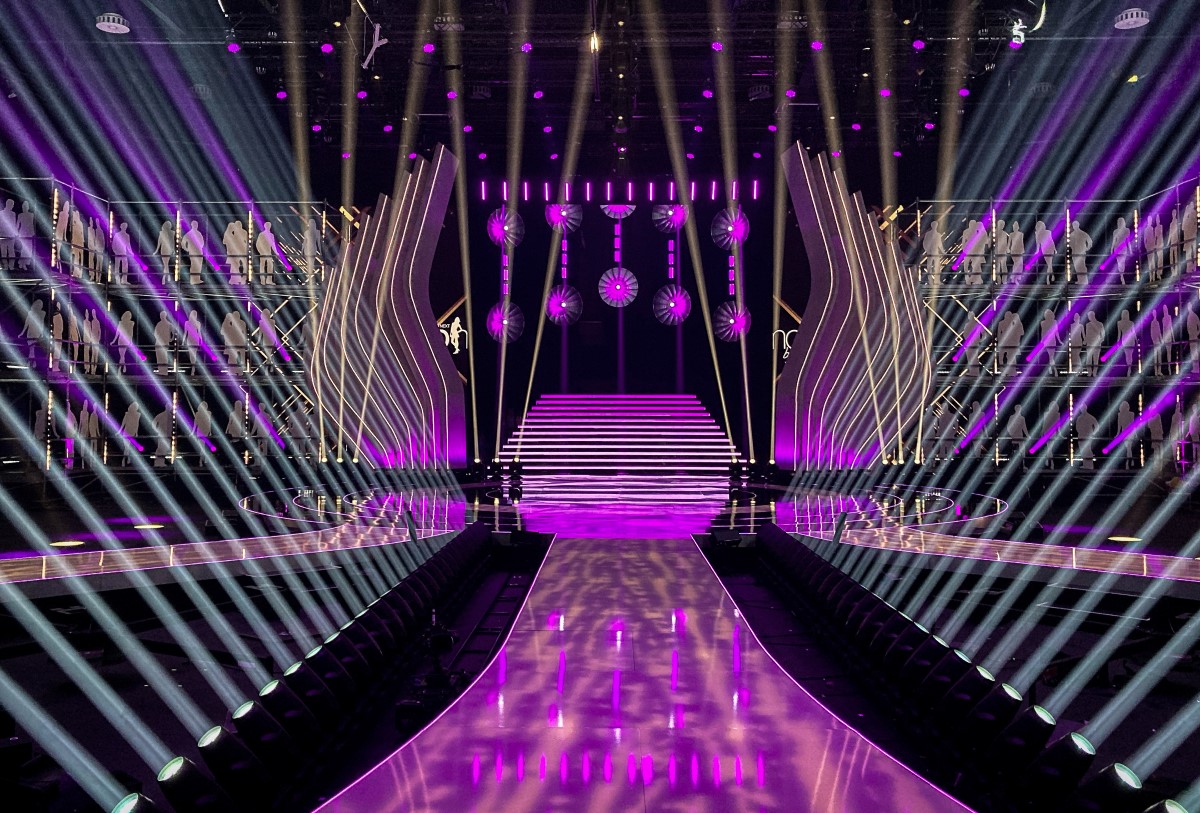 Manuel describes the setting for this year’s finale: “The real problem was the non-existent audience,” he exclaimed. “In the past few years we have always been in large, full 10,000 seat halls for the final, and the show naturally thrives on the atmosphere. In order to avoid producing the show in a huge, but empty hall, the decision was made to go to a smaller studio, but without sacrificing the size of the set, because we wanted to keep the familiar set of recent years. So we just shortened it a bit and symbolically replaced the absent viewers with cut-out figures in the set.”

impression X4, JDC1 and JDC Line for Basics and Effects

Manuel chose GLP fixtures to light the show. While a matrix of 180 impression X4 along the entire length of three catwalks provided the basic color scheme for the broadcast, 28 JDC1 hybrid strobes and 14 of the brand new JDC Lines provided the punch and effects.

The JDC1 was used as a cover behind the LED entrance wall, where it functioned in many forms to generate a special effect. The designer regularly relies on the powerful hybrid strobe. “I appreciate the many possible uses of the JDC1 … as a classic strobe, as an LED effect or a panel light. The tilt function, and last but not least the decent punch, make the JDC1 a versatile, really well-rounded affair.” 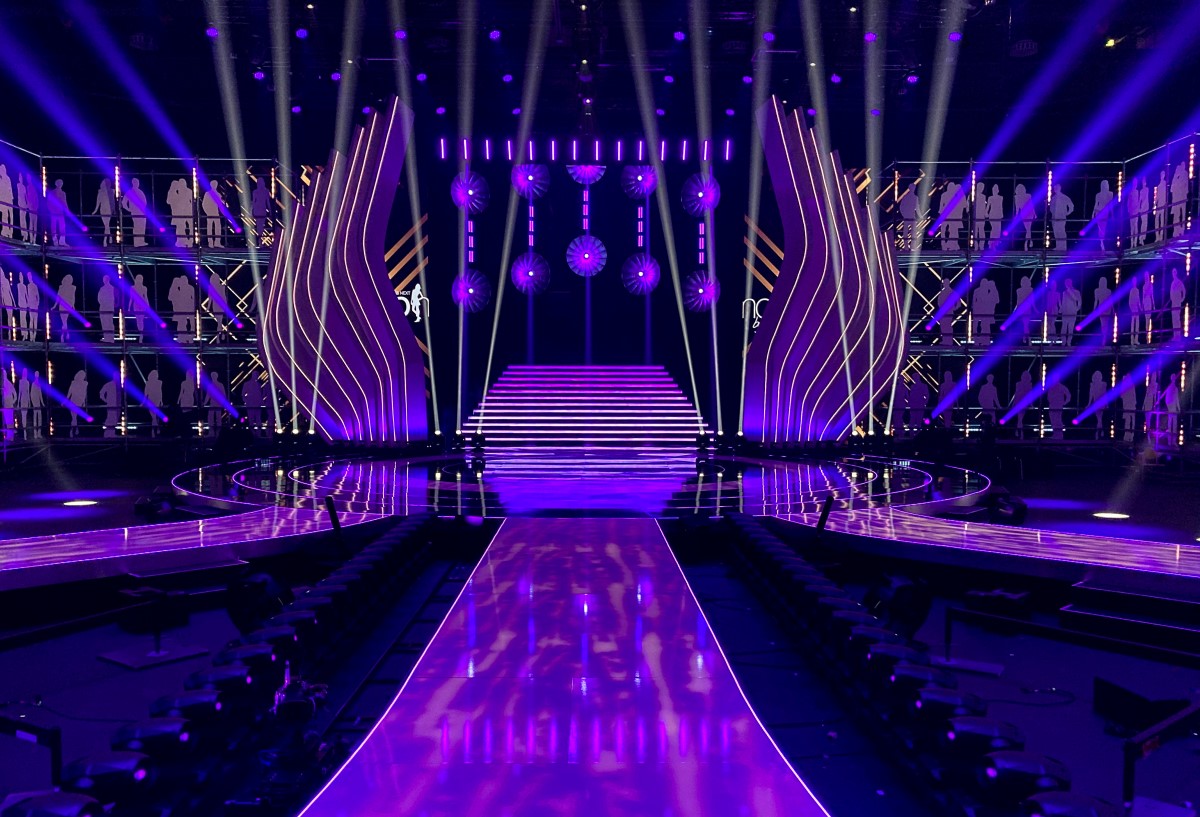 With the 14 new JDC Lines, which GLP key account manager, Oliver Schwendke, had offered the designer for a field test, Manuel was able to provide a spectacular visual finish above the LED wall. The JDC Line is a linear light effect that combines the enormous brightness which the JDC1 is noted for, with an LED pixel mapping stick. Two independently-controllable RGB LED elements frame a central line of ultra-bright, white LEDs. The JDC Line owes its distinctive look to the fact that all LEDs are installed behind the same optics.

The new devices were originally only intended for a single production, but things turned out differently. “We actually only wanted to use the Lines as part of the Philipp Plein production, but we recognized the strength and potential of the fixtures on site, and consequently decided to undertake a redesign so that we could use these versatile devices more frequently,” explains Manuel. 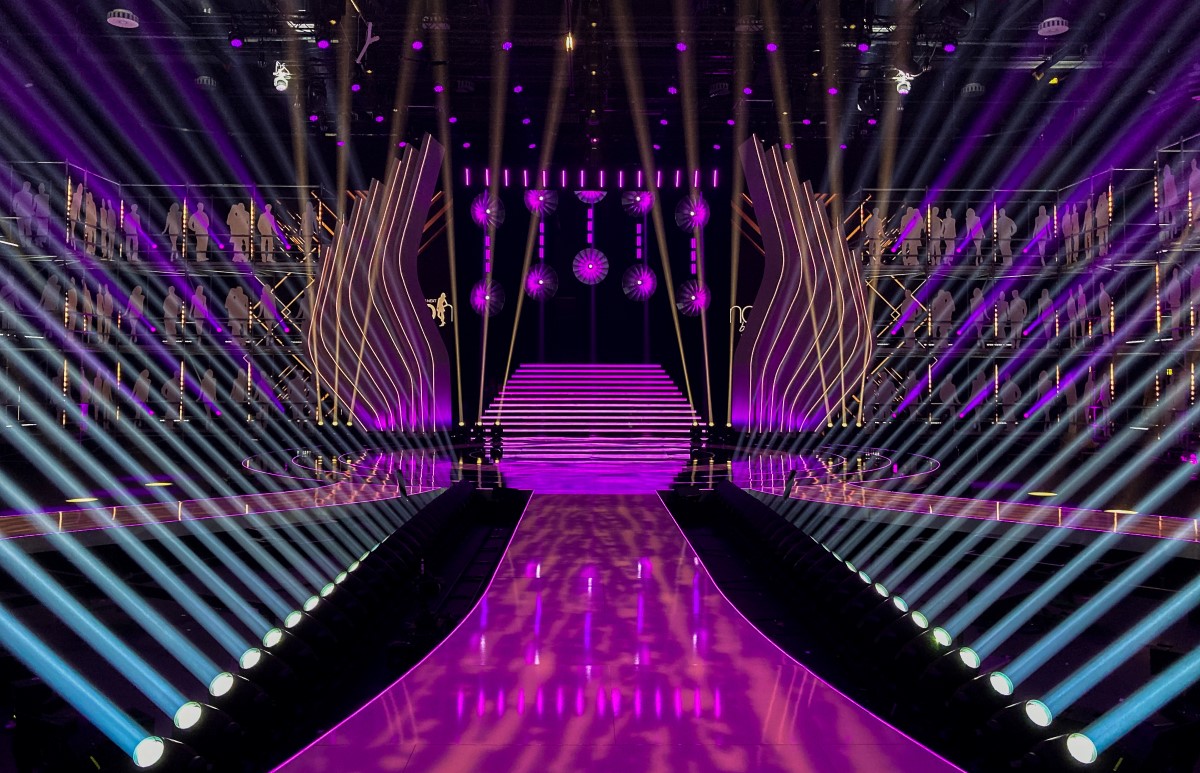 This highly sought-after lighting designer does not regard the JDC Line as a further extension of the JDC1, but rather as an independent new fixture that optimally adapts and transforms the experience of the JDC1 and its technology.

“What I really like about the JDC Line is the smart, inconspicuous front look. The excellent arrangement, and choice of LEDs, initially suggests a video product, but then you turn on the lamp and the result is unexpected coloured power,” enthuses Manuel, giving his first impression of GLP’s latest effects device. 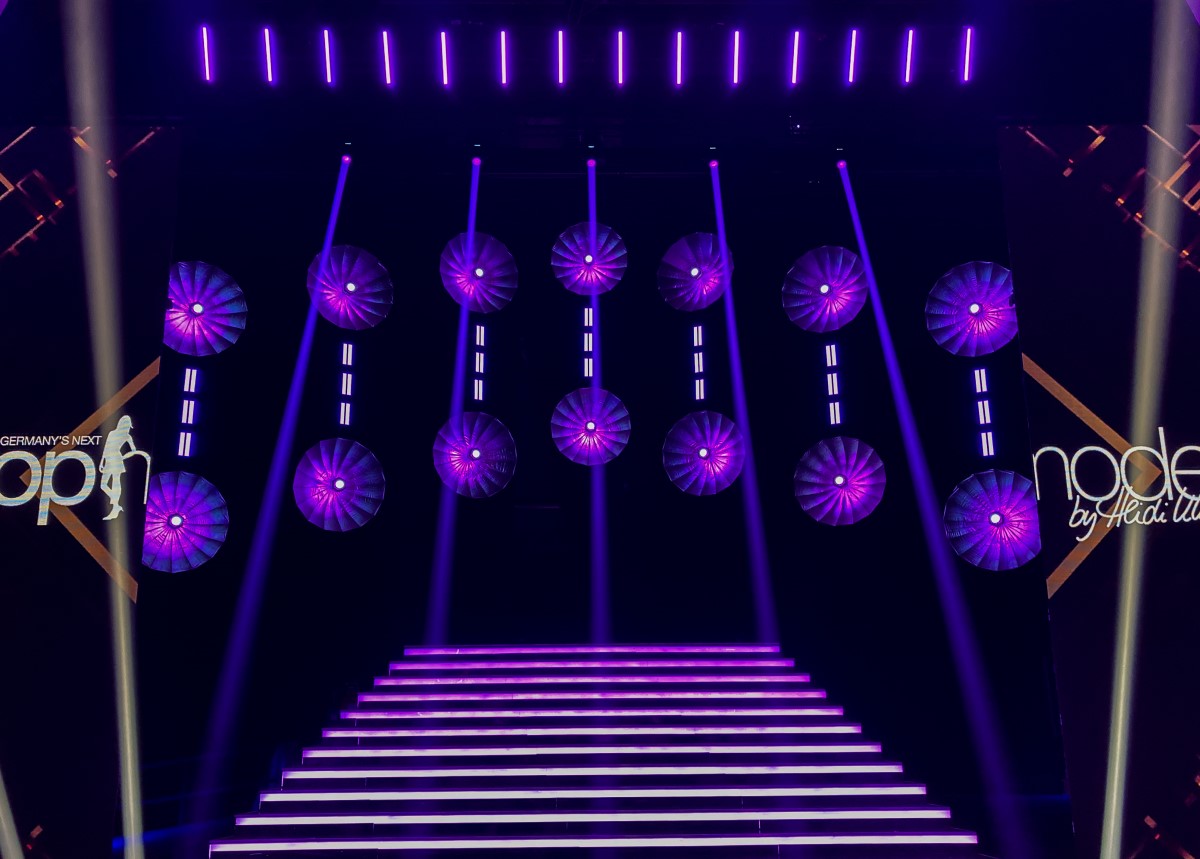 The JDC Line will be available in lengths of 500mm and 1000mm in the future. The shorter version was used for “Germany’s Next Topmodel” but Manuel says he already has ideas for which the 1-metre version is ideal. “I think with its simple fixing, giving the designers the opportunity to expand the presentation, it has great potential. I will definitely use them again as my interest is certainly aroused.” 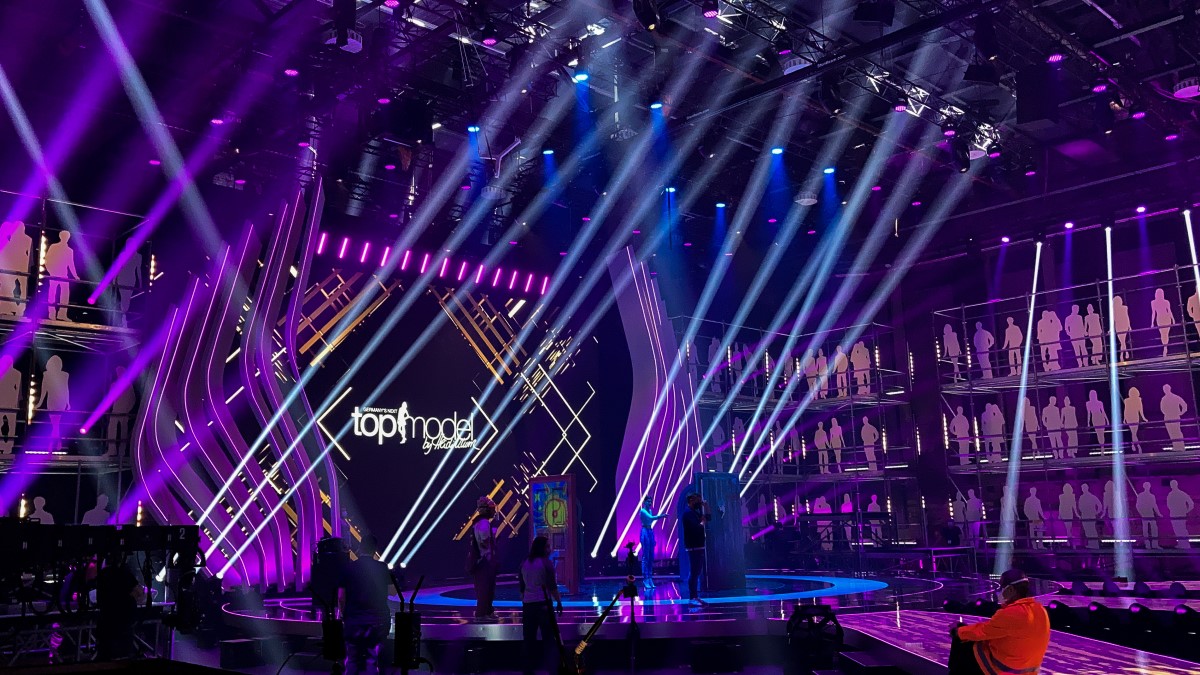