One of the most successful, if at times controversial rap/rock stars, Post Malone has shown on his current world tour his total command of arena stages as a solo performer.

But the multi-platinum artist has been assisted in no small part by his lighting designer Ben Dalgleish.

The LD showed his creative skill six months ago at PostyFest, the artist’s one day festival in Texas, where he used 133 of his favored GLP’s X4 Bar 20 battens at the Dos Equis Arena in Dallas. But on this latest arena tour, which began in February in Dublin, moved to mainland UK and Europe, and is presently in Australia and New Zealand, his approach was entirely different. 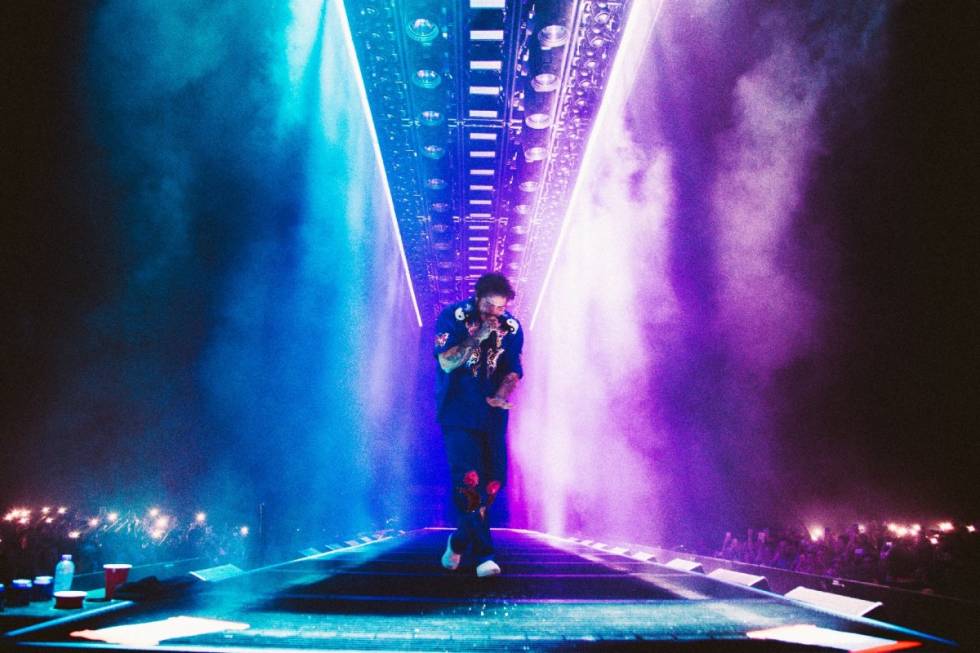 Explaining the conceptual background, the American based New Zealander said that with beams intending to fire between an overhead ‘top box’ and a ‘runway’ on the ground, they had found they could replace the proposed sheet lasers entirely with the X4 Bar 20s … an epiphany of sorts discovered during the month spent in pre-production at Fly By Nite rehearsal studios. “That was the major change,” he said. “We then replicated the lighting under the riser, and with the beams shooting up we could create a good interplay between bottom and top. We created an iconic look for the song Candy Paint, based off an unusual rainbow effect with the X4 Bar 20’s.” 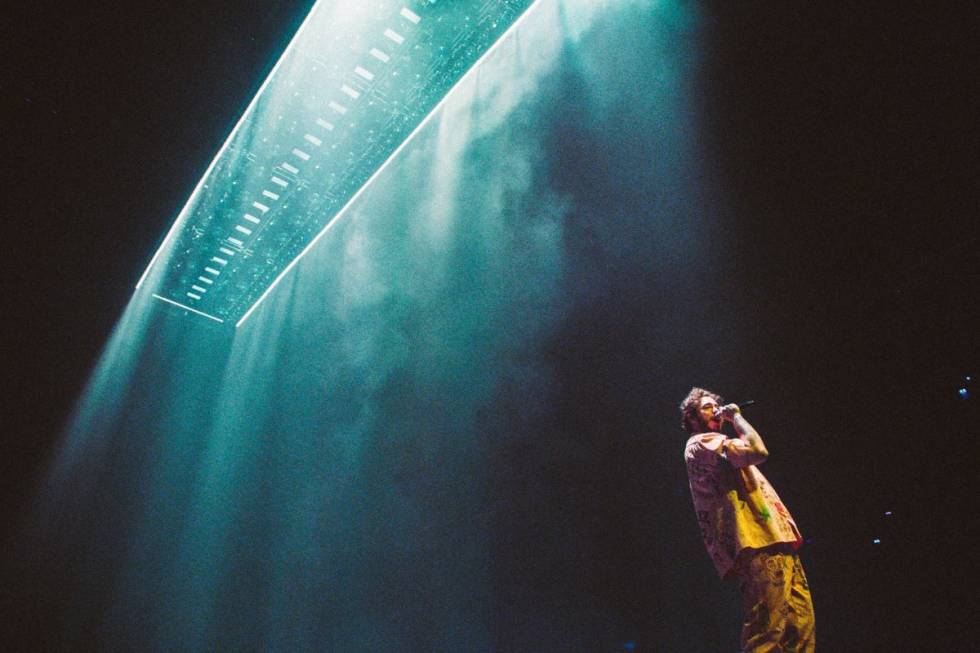 The rig was based around making the Bars in perfect symmetry around the side of the boxes to produce clean lines. “The fixtures locked together well to create those straight lines,” he stated, “but it required great attention to detail, such as how high the Bars were hanging, and making good use of the tilt facility.” The use of six smoke machines, hidden inside the top box served to enhance the dynamic.

Some of the 68 GLP X4 Bar 20 fixtures, supplied by PRG worldwide, were also deployed at the end of the catwalk. These were used as key lights, particularly in the song Wow—once again in conjunction with the smoke machines. 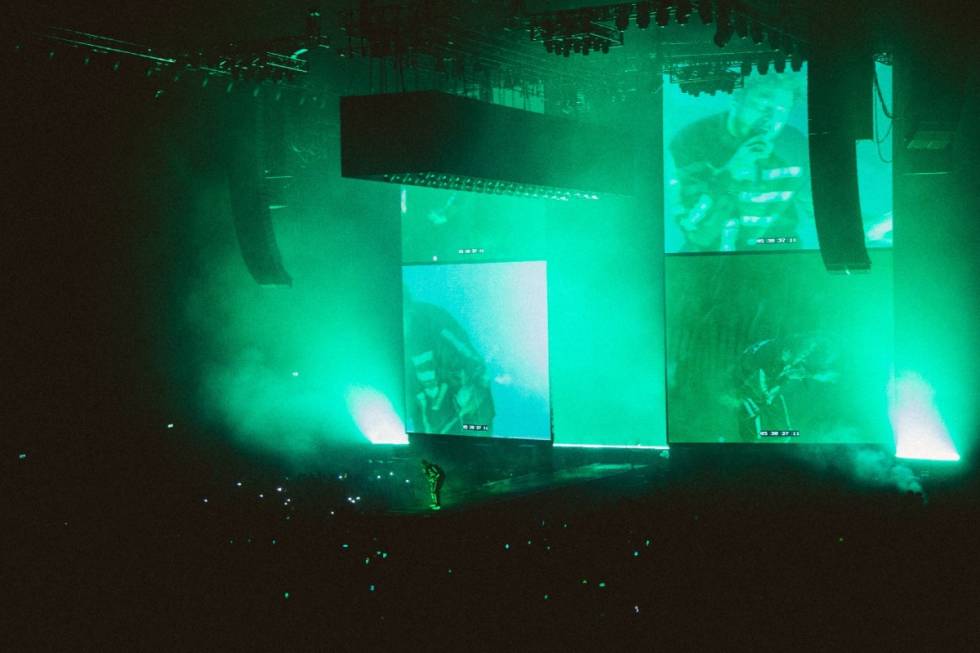 “We ran all 30 units as close as possible together in a straight line, individually pixel mapped. We also used the RGB cells to create a lot of big effects and different looks at low level. We treated the two modes as separate lights, with the RGB being more of a scenic effect and the white as the spine of the box.” 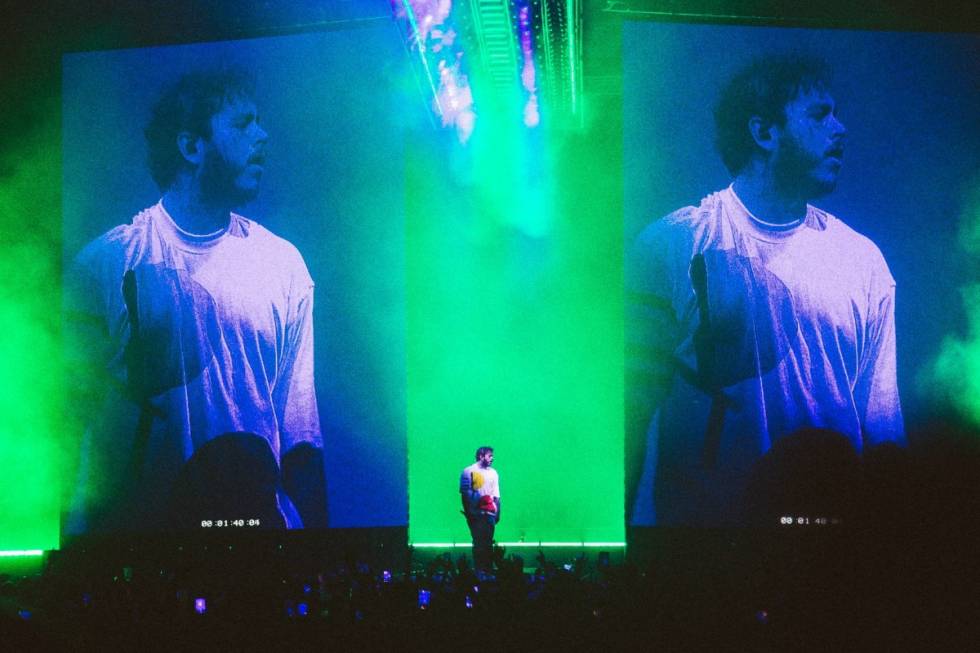 Assisted on this tour by lighting director Ben Ward, the LD has worked with the award-winning Bars as much as any designer, looking to extrapolate different functionality nearly every time in a way that is unexpected. “With every project I do, I always try to build iconic and architectural looks. I often end up with X4 Bar 20s on my shows, and try to do something new every time.”

Because of their versatility, he says, he was able to make the Post show “more like a theatrical and dramatic event than a conventional hip hop stage.” 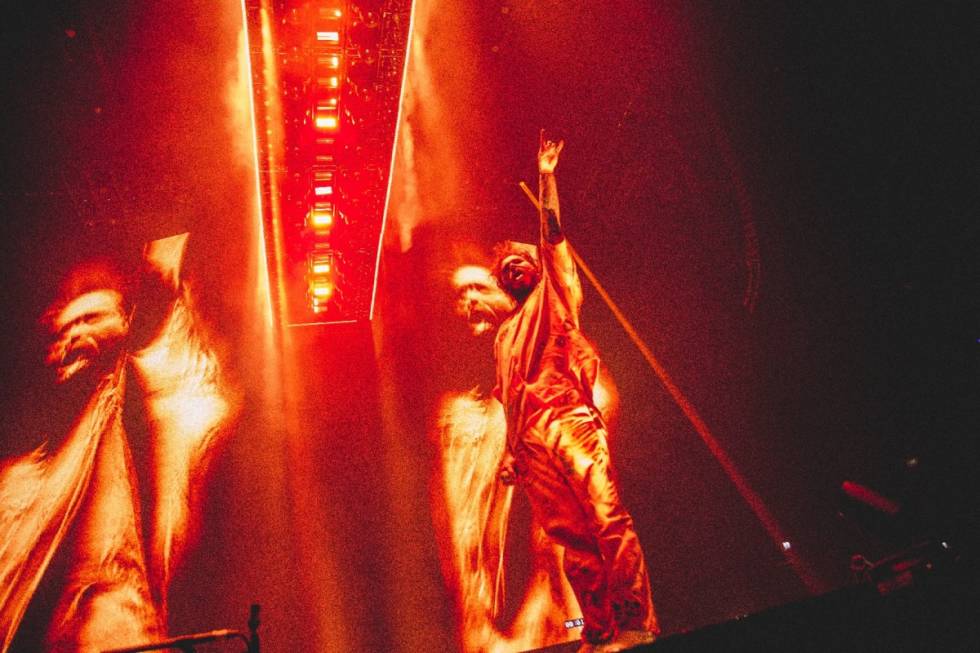 In summary, he says: “We need products like the GLPs which can keep up with unusual programming on the desk, with all the little accents” (in this case a grandMA2 full-size). In fact during their stint at Fly By Nite GLP UK’s Simon Barrett, whom he first met when the two were based in New Zealand, had introduced him to the unique GLP modular KNV Cube and Arc, which he was then able to use Post Malone’s performance at the Grammy Awards that featured the Red Hot Chili Peppers.

Finally, production has managed to replicate the exact same rig down in the Antipodes (again via PRG) “which is great when lighting is such an important part of show.”