Electronic wizard and Mercury Prize winner James Blake has been touring the States prior to returning to his native UK for theatre dates, and appearances at European festivals, starting with All Points East. 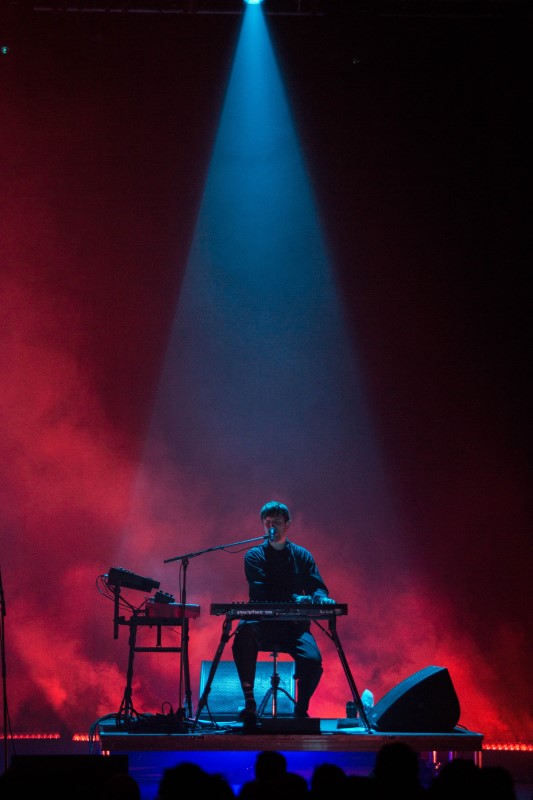 On the road with him is Blake’s long serving, and highly experienced LD, Chris Bushell, accompanied by an inventory of GLP fixtures, chosen, he says “for their uniqueness and versatility”. These include 18 of the JDC1 hybrid strobes (which he affectionately dubs ‘J-Dogs’) and 16 award winning X4 Bar 20 battens (which with a wink he refers to as Twizzlesticks).

Having worked with the artist since 2011, the laconic LD took some time off to clear his head after finishing with Arcade Fire in September 2018 … in the time honored fashion. Following the final gig in Las Vegas he hired a massive motorbike and rode off into the desert.

But when James Blake’s Assume Form album touring cycle was announced he zipped back into action, production designing to a brief that was to have less equipment on show “and less of the circus that can surround a show as it increases in size.” He explained, “Last time we went out, there was a large video screen, video content updates, long days, tension and people everywhere.” 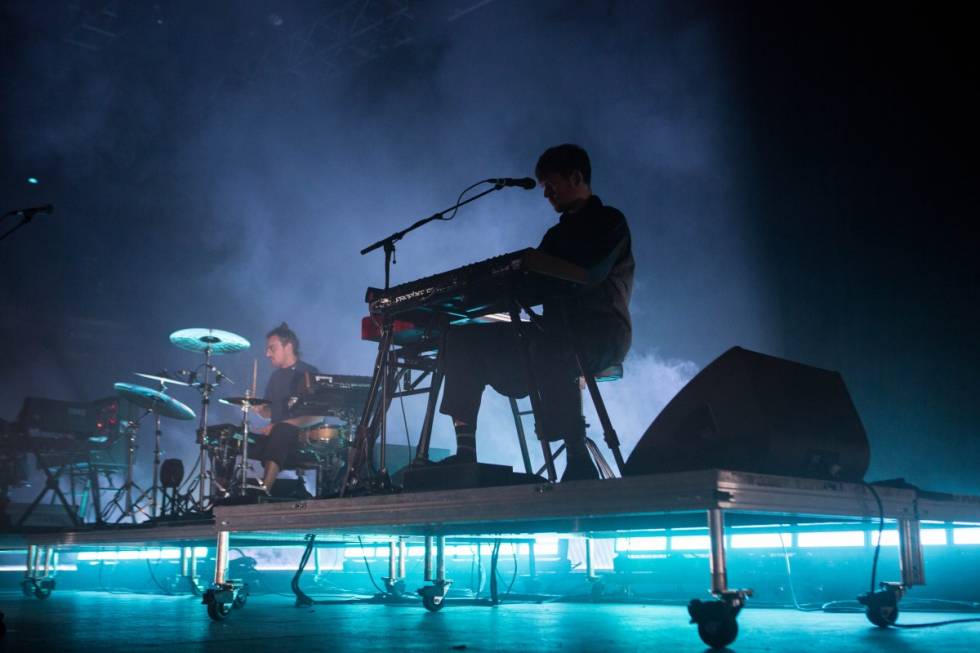 The brief was already evident in his lyric: Lesson’s always there, that less is always more. “This suggested a stripped back design, with strong thought out minimalist scenes that maximise a limited number of lighting sources, all to be hidden from view as far as possible.” The GLP armoury provided all the solutions he needed.

The three musicians on stage are on even height platforms, and hidden behind each are six JDC1s. “These create epic halos around each musician as well as below the platform to give the illusion of the riser floating above the actual stage,” he explains. 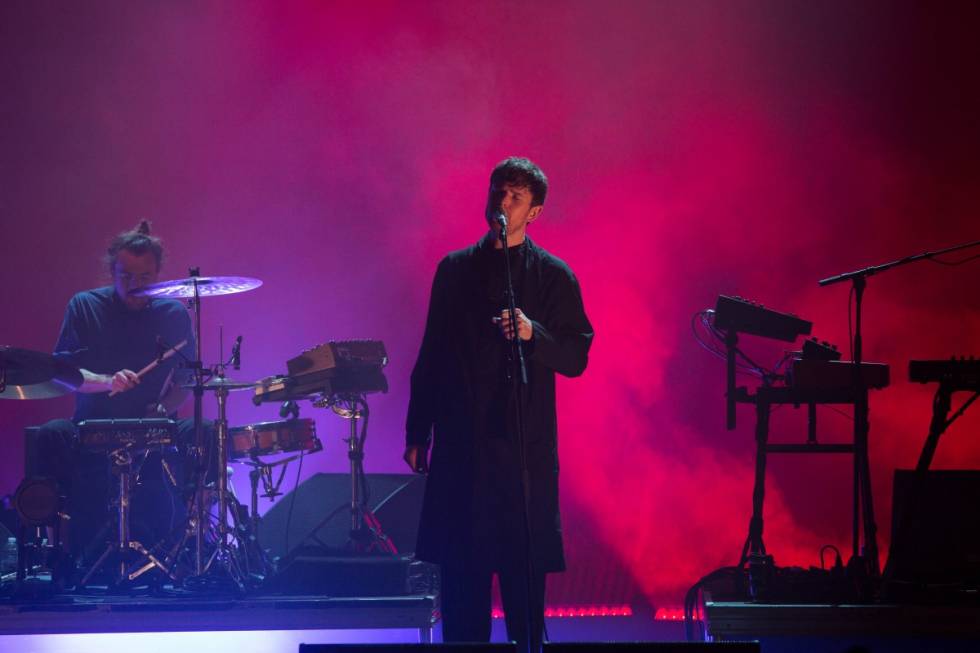 Upstage he made an asymmetrical ‘V’ using the X4 Bar 20s. “These”, he says, “were offset—possibly by some kind of Golden Ratio amount—to one side, to form a false perspective between James’ position stage left and the drums in the centre. The beauty of this it allows the whole band to be silhouetted by either side of the ‘V’. “I love the tangible wall of light that they produce.”

Like many during the previous era, Chris Bushell had used the old DHA Digital Light Curtains, in his case with Florence & the Machine. “Those tilting par battens with a massive scroller on the front,” he says. “Whilst beautiful and unique, they didn’t really take well to concert touring, especially not inverted on the floor. 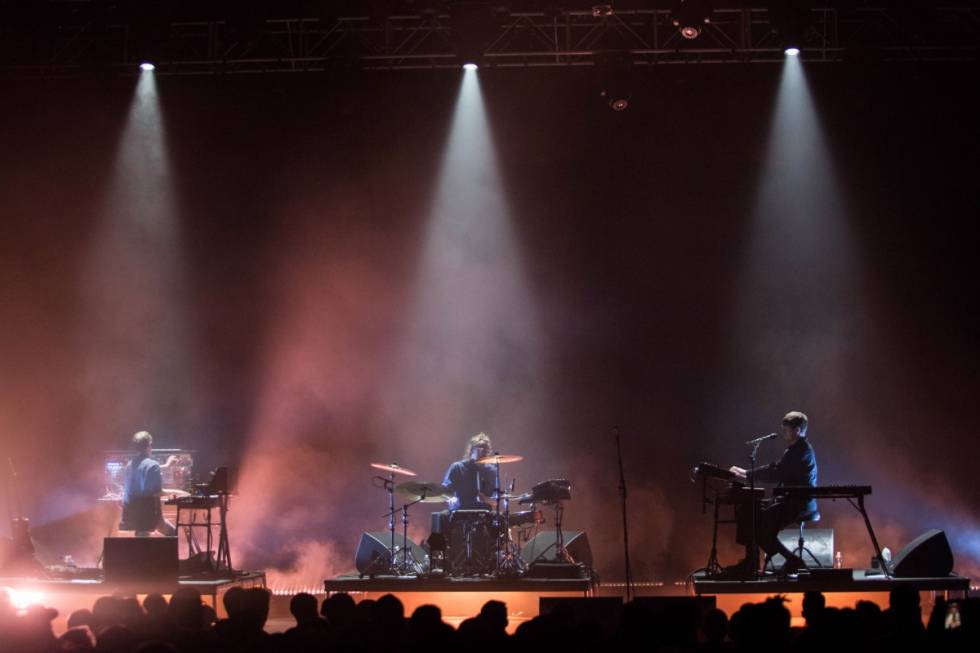 “I had pleaded with manufacturers since to produce a modern equivalent, but no one seemed to think it was a good idea.” That was until GLP came along.

“Obviously now the X4 Bars are extremely popular and are incorporated in an upstage row on the majority of tours. However, I’ve found that forming a deep three dimensional, asymmetrical shape as we have on this tour creates a more inclusive design for the whole audience.” 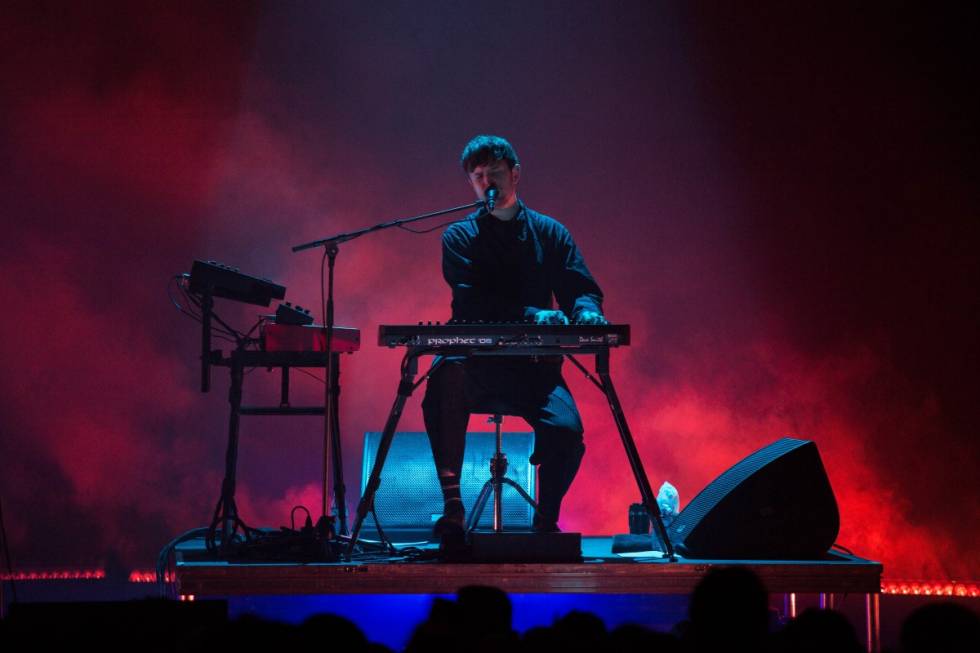 Chris Bushell has been programming and operating the show himself, stating, “It is important for this live electronic music that everything else also happens live. Therefore, there’s no laptop onstage, no timecode, no playback, no over contrived lighting sequences … just good old fashioned fader pushing and musical timing.

“Therefore the massively reduced bite point of GLP’s LED fixtures (especially with the X4 Bars running in High Resolution Mode) allow me to go from the most gentle and subtle shifts in light and depth on the fly, to unbridled brutality when needed. And it makes a massive difference to the dimmer smoothness compared to Normal Mode.” 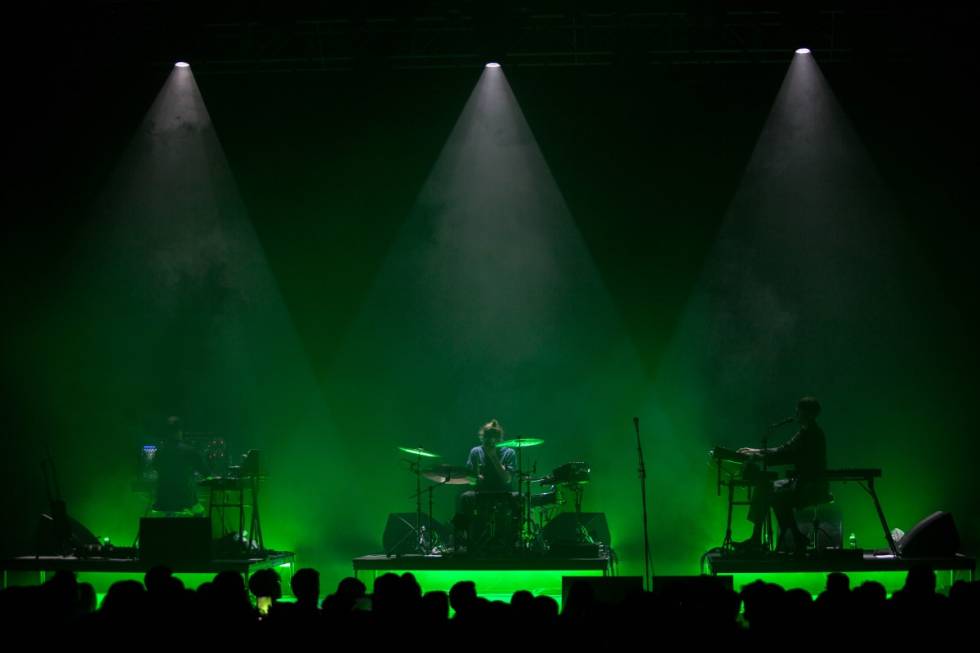 Avolites created separate fixture personalities enabling him to more easily play the separate elements of the JDC1 against each other.

“Although the JDC1 dimmer isn’t quite as smooth, subtlety across the whole dimmer curve (after the bite point) is still a joy to play with,” he enthuses. “As such, one of the less obvious beauties of the JDC1 is, like most LED video screens, that it can go way brighter than you often ever need it to: the lighting equivalent to Nigel Tufnel’s guitar amp!”

Finally, he pays credit to his tech, Sean Ginsburg from Brown Note Productions in Colorado. “He is a mystical haze whispering wizard and an avid cleaner of the lenses of these fixtures. Other than the occasional wipe down, there have been no technical issues with the GLP fixtures on this run.”