At the end of a record-breaking year, GLP are set to blast off into the new season with a quartet of mouth-watering and ground-breaking solutions for all applications, demonstrating how inventive their engineers and software developers have been. All are guaranteed to fire the imagination of creative production designers.

These four unique fixtures will either preview, or enjoy European premieres at Frankfurt Prolight+Sound (Hall 4:0, G20). They line up alongside establishing luminaires where the combined fixture count will be well over 1000 items.

The stage set, described as “mind-blowing”, has again been designed by Volt Lites’ Matt Shimamoto, the man responsible for the breathtaking GLP shows at LDI, and these will take place approximately every 30 minutes.

Visitors are advised to arrive early, as if 2017 is anything to go by, GLP’s stand will be permanently bulging to capacity — not only with people and fixtures but gadgets, giveaways and GLP beer on draft.

States GLP managing director, Udo Kuenzler, “Our new portfolio offers designers the most diverse choice ever. From the possibilities of the new KNV to the Force 120 we really expect to turn heads at Prolight+Sound.”

Heading the roster is the much anticipated KNV. Billed as the first frameless modular LED module in the market to combine Strobe, Blinder and Pixel-Block, the KNV Cube and KNV Arc are the components of a unique modular LED system that can be used either as a single unit, or combined in an innovative interlocking system. It looks set to become a game-changer, as it allows production designers to effortlessly build unique structures — such as a double unit or quad cluster, all the way up to huge matrixes.

By combining the GLP KNV Arc, it is possible to create a vast variety of shapes such as a ring, wave design or even letters. Combined in a single module the fixture has the capability to output an incredible 50,000 lumens.

Since the modules are IP54 rated, KNV can be easily used on festival front trussing or other outdoor applications. Two integrated powerful FX engines offer easy handling of the pixels and creates stunning effects, which are already fuelling the imagination of privileged designers fortunate enough to already have had a sneak peek. 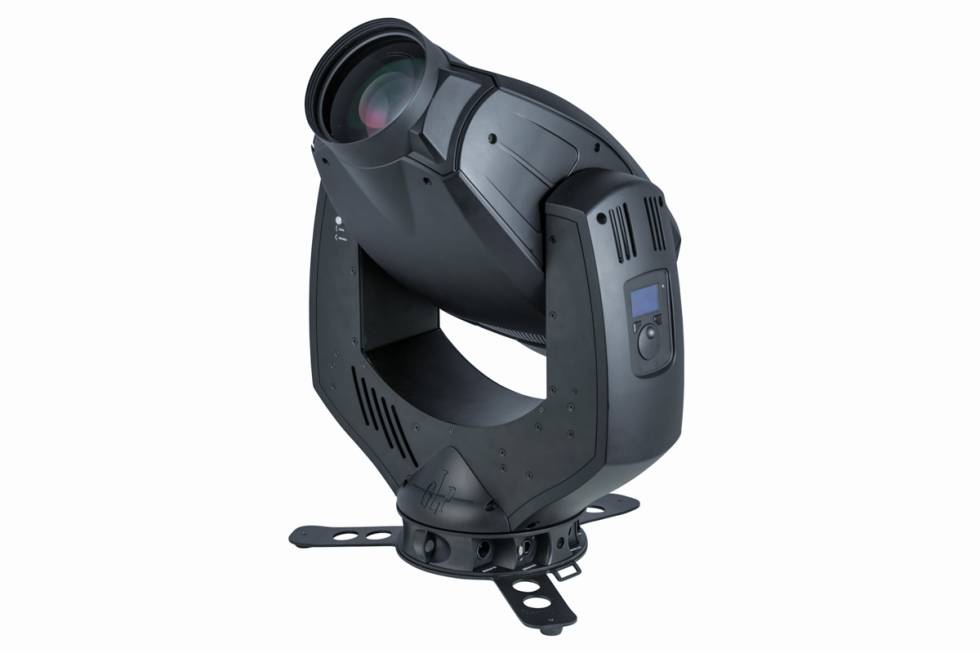 The design brief for the impression S350 was simple: Develop the best product in the mid-range class, with an unparalleled feature set.

Visitors will quickly see that these objectives have been met, since the output of the powerful LED engine at its core delivers bright clarity in the projected beam with an unmatched color quality.

But the key feature is the precise four blade framing. Each blade of the framing system can be adjusted in angle by ±30° and in position from 0-100% for pointed triangles and complete blackouts. There are no limits in Gobo or Animation wheel framing with real linear framing image. The whole framing unit can be rotated by ±45°.

But that’s not all; additionally, the compact fixture houses an 8 facet prism and a 2 way frost filter. All functions are fully capable of working in combination with one another.

With near silent operation, the impression S350 is suitable for every kind of venue and event that requires a powerful fixture in a small and subtle housing, with all the low maintenance benefits of LED technology, from a proven manufacturer.

Also enjoying its European premiere, the GLP impression FR1 combines a powerful level of versatility and quality with one of the most compact automated lighting packages available today.

Using a single, high-powered 60 Watt homogenized RGBW LED at its core (benefitting from GLP’s trademark optical quality) the impression FR1 features color mixing across a vast spectrum, whilst at the same time projecting a crisp, punchy white light, with a full range of color temperature control.

A super-fast 3.5 to 34 degree zoom range gives full beam control over both short and longer throw distances and because of its power, the FR1 can project over a long throw.

With quality comes accuracy, and in this area the impression FR1 features 16-bit dimming and 16-bit position control through a range of 540 degrees of pan and 220 degrees of tilt. But with an added kick, the FR1 also has the ability of bi-directional continuous pan rotation at varying speeds up to extremely fast. 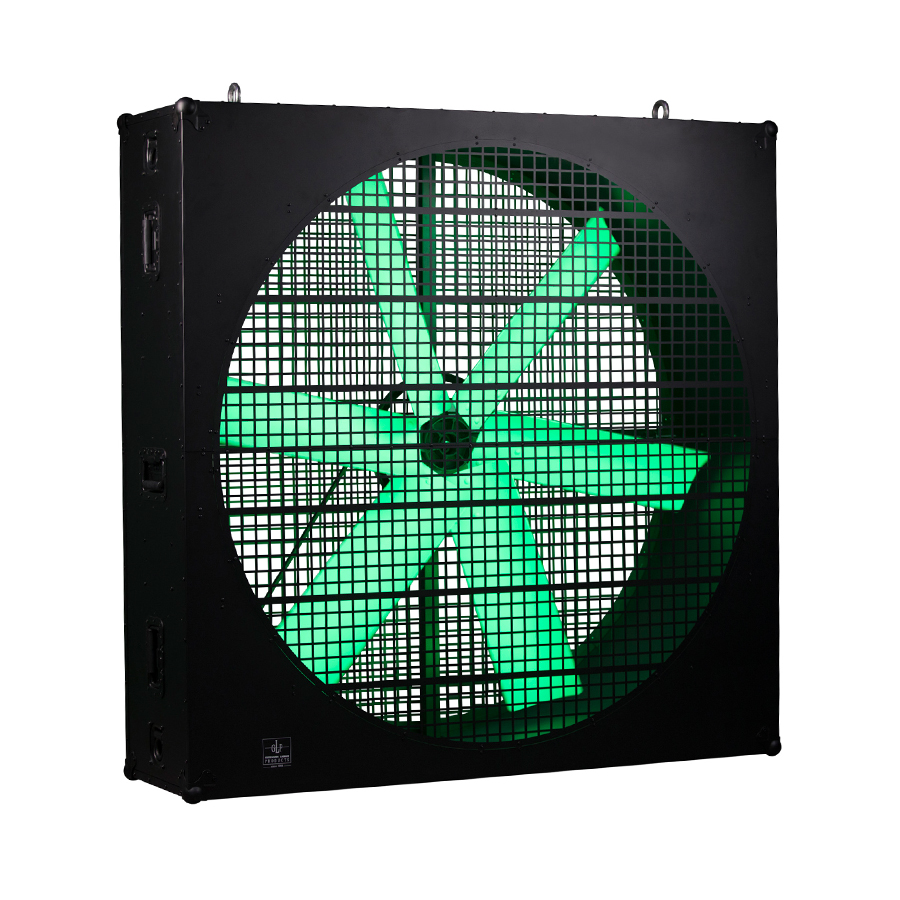 Measuring just over 1.4 metres square, the housing contains a large diameter variable speed fan which can run at speeds as low as 30 rpm, right up to 750 rpm and switch from one extreme to the other at lightning speed.

Internally it features bands of LED tape which light the actual fan blades and can be controlled with differing levels of density, allowing multi color projection onto the blades, or alternatively it can turn them into a single striking element.