JDC1 Cleans Up With Metallica

Currently on the European leg of their WorldWired tour, which opened in North American stadiums last summer, heavy metal heroes Metallica remain as fresh as ever. And a lot of that has to do with the imaginative set devised by Production Designer, Dan Braun and built by Tait Towers.

Meanwhile, experienced lighting designer Rob Koenig called on 16 of GLP’s new JDC1 multi-faceted strobes. Lighting and punctuating the show in their truly unique style. And at the same time minimize the amount of devices populating the stage floor. These were supplied by Premier Global Production (PGP) of Nashville.

Braun’s concept had been to do away with a conventional lighting truss entirely. A three-dimensional moving video on multiple plains, so that every seat in the house would see the show from a different viewpoint. Not only was he able to use kinetic movement, interacting between the video cubes and the lights, but also indulge James Hetfield’s desire to integrate drone technology. 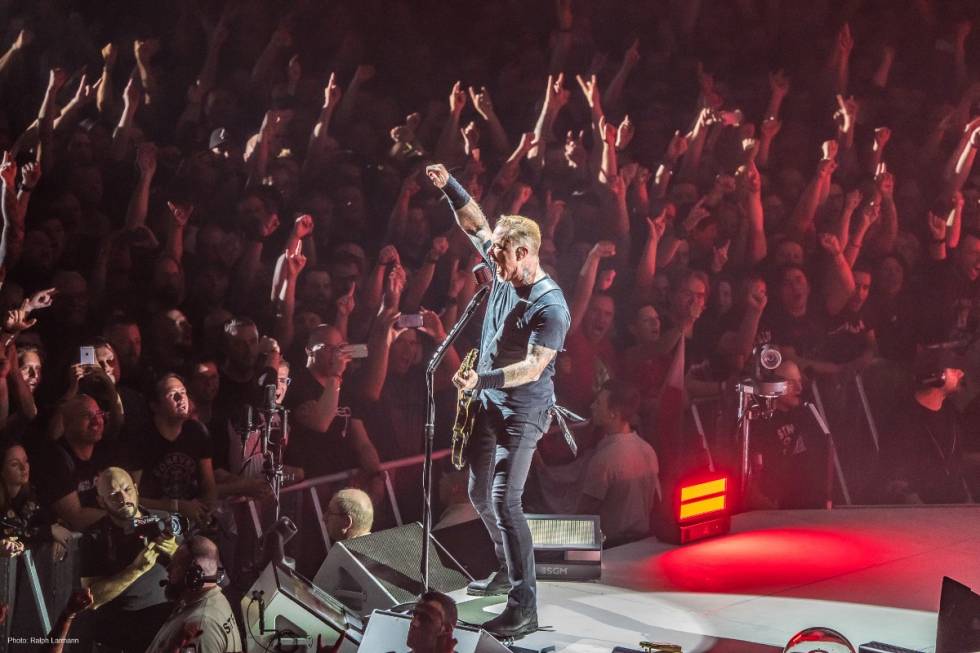 Koenig is no stranger to GLP LED effects. Having first used the original impression 90 with co-designer Paul ‘Arlo’ Guthrie with Billy Idol back in 2005. He was introduced to the JDC1 by GLP sales manager, Andreas Brandt in Stockholm prior to the start of this tour.

“The JDC1 came out of necessity,” said the designer. “The original floor lighting plan was much larger, but the stage itself is 44ft. So by the time we loaded all of the other departments’ gear onto the stage, it was not looking great. We have guitar pedals, monitors, drone transponders, plus the lighting. Too much ‘gear’, and not the clean look that Dan was trying to achieve.” He therefore needed to achieve the same dynamic from a much smaller footprint. 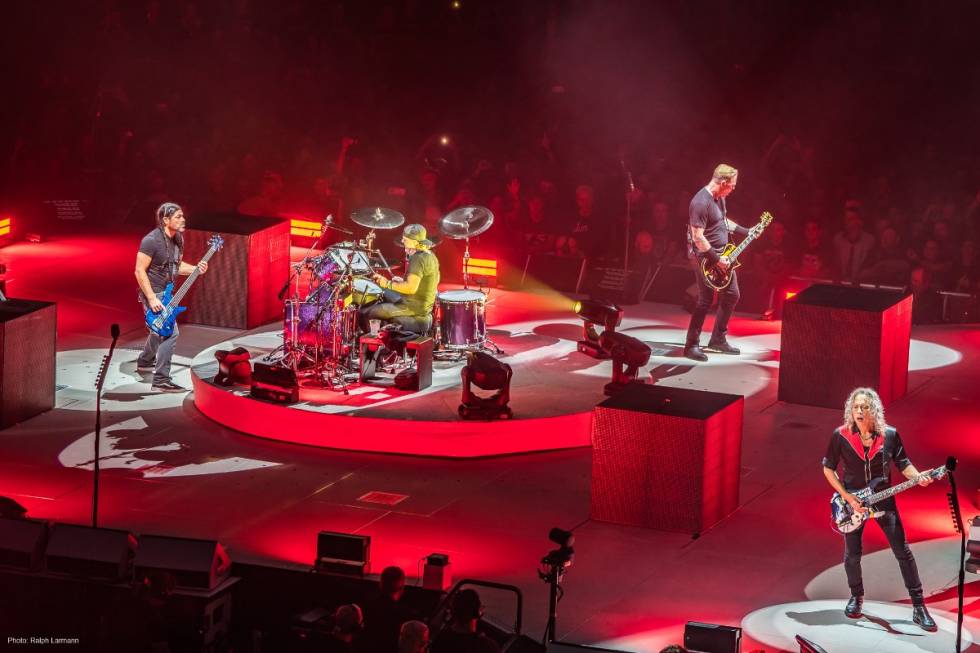 Anthony Kordyjaka (from PGP) wasted no time in introducing the GLP man, who met up with the party in Copenhagen the following day. “We looked at the JDC1, which I hadn’t even heard of at that time,” admits Koenig. “It has become one of two instruments we have been utilising on the floor, in one housing. It saved space on the floor, helped us clean the look of the stage, and gave us the added feature of the tilt motor.”

In fact, deployed in this fashion, the JDC1s gave the lighting designer precisely the ride he had been looking for. “The stage for this show is white. So we wanted a fixture from the floor that would help paint the stage color from that angle. To juxtapose the lights from the cubes above.” 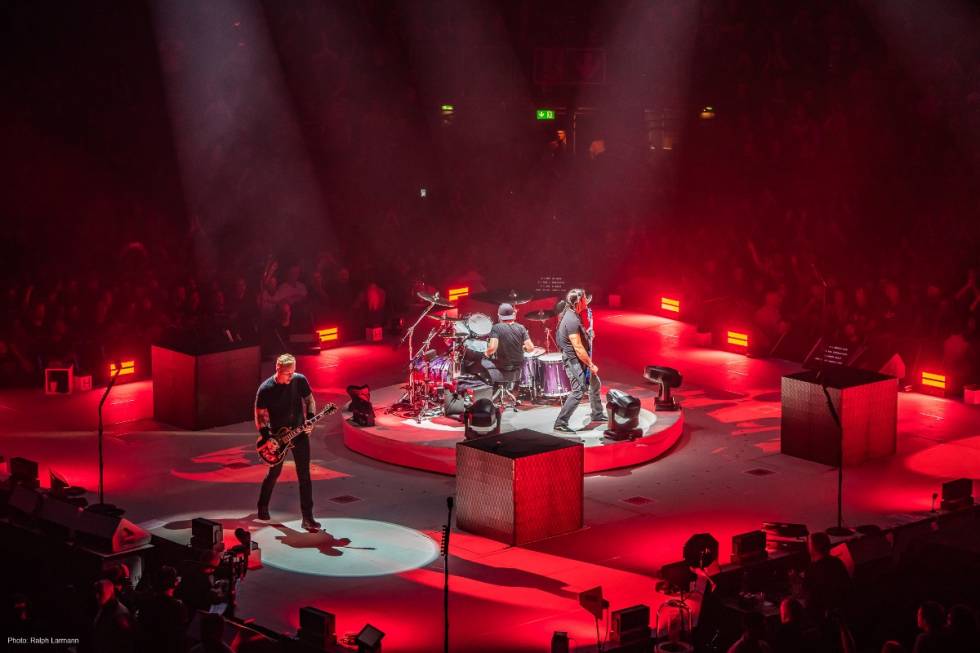 In fact the JDC1 is seldom used as a strobe. “But when it is, it is highly effective,” he appraises. “It is a very bright, robust fixture and the wash portion of the fixture is used frequently through the show. Combining an LED Wash light and LED ‘discharge’ looking strobe into one fixture, makes this an incredibly useful tool. Already I can’t wait to see the next iteration of the fixture!”

Programming the fixtures were Joe Cabrera and Troy Eckerman while Rob Koenig has remained the touring lighting director. All found it easy to work with. 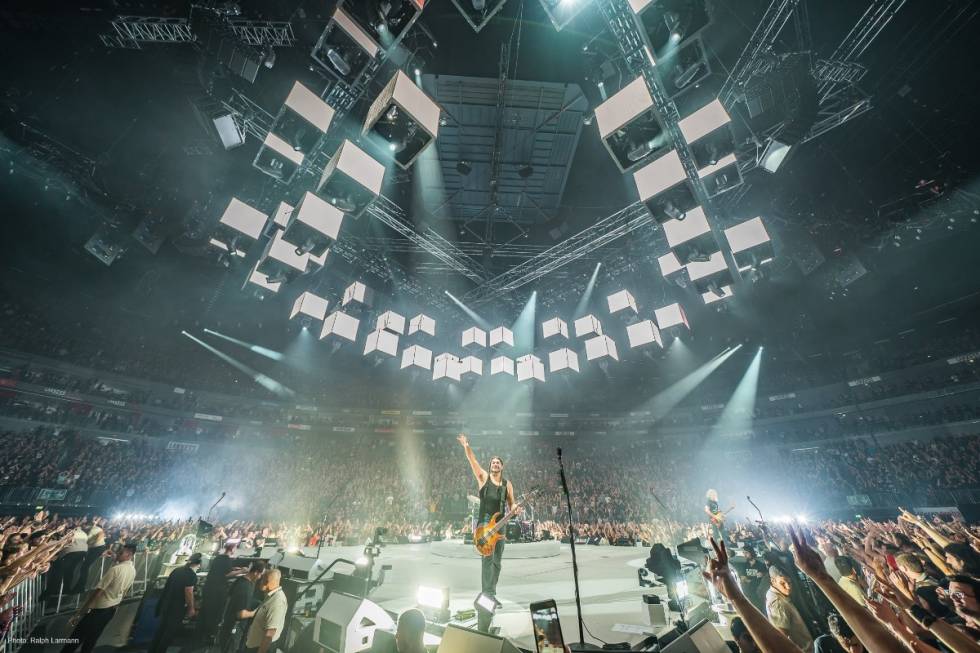 So had it lived up to expectations? “Very much so,” Koenig exclaimed. “The functions of the fixture can be very straightforward or very involved, as are many multi-instance fixtures. This show doesn’t demand the breakdown of all individual cells, relying more on the power of the overall fixture.”

But all that could change next time around as Rob Koenig has vowed to use this fixture again in the future. “I am working on a design right now to incorporate these into, and am very much looking forward to it.”