Lüz Studio continues to provide highly inventive lighting solutions from its base in Montreal — currently for American singer-songwriter, Børns, on his world Blue Madonna tour. This opened in Oakland, CA, at the start of the year and will travel the globe during 2018.

Set up in 2005 by versatile lighting/video designer Matthieu Larivée, Lüz Studio has frequently turned to GLP’s X4 platform for its requirements, and this latest tour has been no exception. For the LD has made versatile use of 16 impression X4 Bar 20 battens and 14 x impression X4, supplied by Upstaging of Chicago.

Børns’ 2016 Dopamine tour had been non-production tour, with no lighting whatsoever, so instead Lüz Studio designed a backdrop that would be fun to be lit by local LD’s. “There were three separate layers of Red, Blue and Green, so depending on the lighting used, a different backdrop would be created.” Lüz themselves were involved in lighting some of a few bigger shows.

When they started working on what would be Børns’ first full production tour a few months ago, Matthieu Larivée wanted to do something special with the lighting that reflected the artist’s world. “He is always super chic, has a super strong artistic vision and his music is poetic,” he said.

“Designing a club tour usually means a lighting floor package.I wanted to keep that in mind but I wanted to have a visual reference that would differentiate a Børns concert from the other acts that play in a club.”

His idea was for a unique canvas that would work well with the lights. “The Blue Madonna album has a very summery vibe but Børns wanted to have a classic rock look too. So we came up with the idea of having a wall of tropical leaves as a nice scenic backdrop onto which we could front project and create dramatic rear projection effects.”

The hand-crafted canvas is made of 1000 different leaves, hung on a camo net. They are painted grey to catch all colors of light and yet disappear when not lit. “When lit from bottom, side, front or back, it creates different shapes and looks,” explains the LD, who deployed four X4 Bar 20 on either side of the backdrop and eight concealed in the backdrop itself. Impression X4’s were also located at the bottom of the backdrop to create a dramatic lighting angle, while the pixel mapping effect projected on the leaves was also very effective.  “Pixel animation can be very modern but on this one, because the source was hidden, it created a mystic look. It’s just so versatile.”

“The X4 Bar was a key element in the design,” he went on. “We were able to create nice theatrical side lights … to highlight the music punches with the fast zoom and create some nice moments with the tilt effect. The hidden fixtures behind the backdrop were stunning, and this is one of my favorite looks.  With the zoom and tilt possibility we could achieve so much — and I could be very precise while providing dynamic support for the rock show.”

Explaining further, Larivée added, “The speed of each parameter of the X4 was super important.  The fact that you can go very narrow and very wide was also important.  So, I could side light the leaves and on a snare hit, I could punch the zoom to create another dimension.”

Matthieu Larivée himself programmed the lighting with assistance from Jean Sebastien Guilmette from Luz Studio, with the whole show time-coded.

The LD says he first fell in love with the X4 platform after seeing the original X4 at the Midnite Hour Productions in Toronto, noting its unique design — and that has since become his ‘go to’ wash unit. 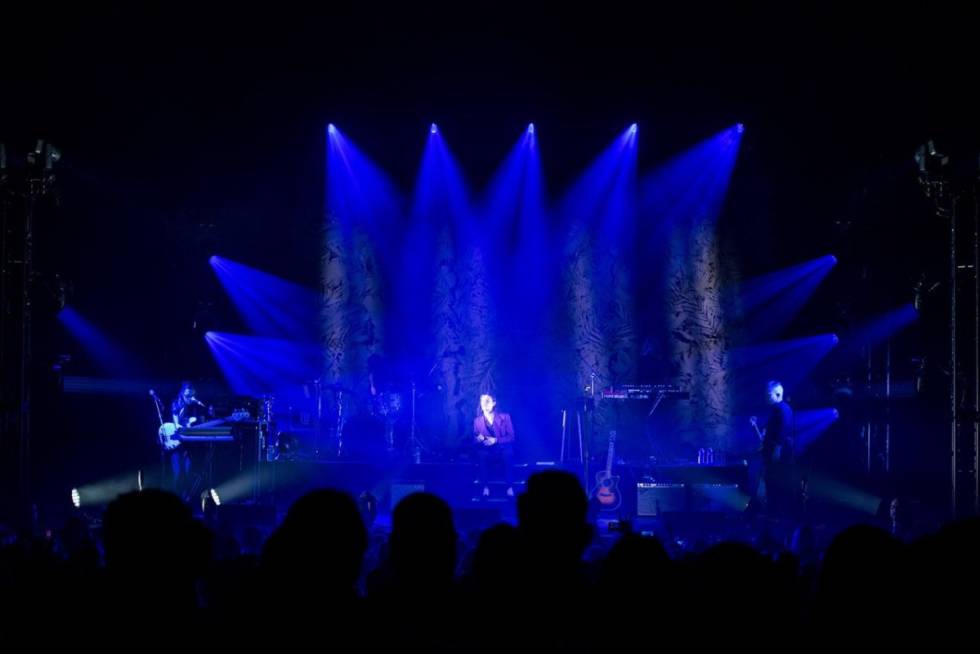 Above all, he says, a lighting fixture needs to be versatile. “And the LED GLP fixture line is certainly that, and they are well designed, easy to program, precise and offer endless color possibilities. I can use the X4 on a whole range of events, from musicals to rock shows.”