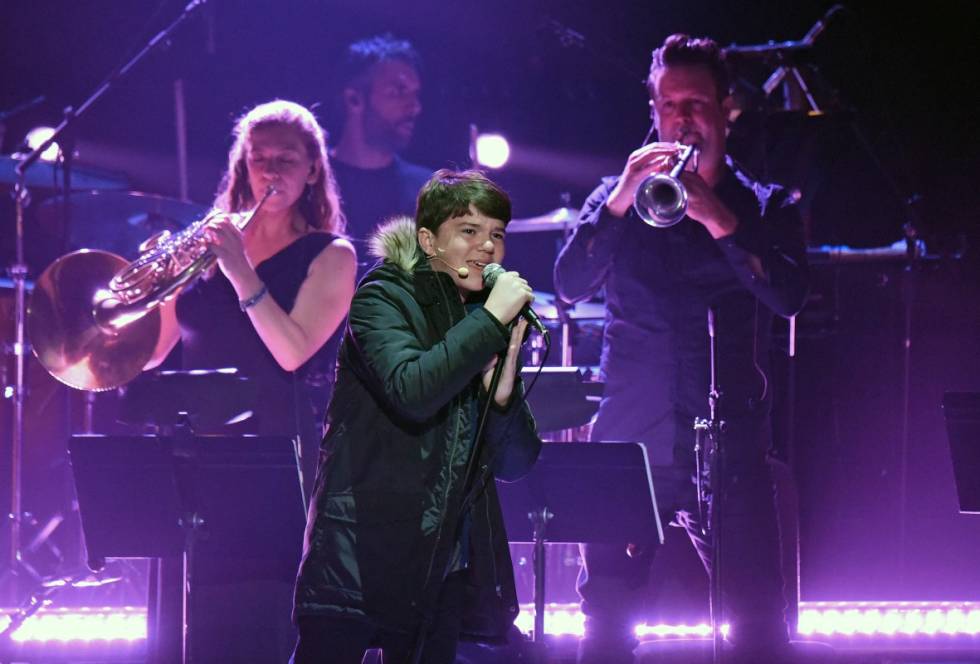 Although a long time member of the Full Flood lighting design consortium, the commission came through Berger’s own independent operation, Innovative Intensity, the latest in a multi-year collaboration with Los Angeles based production company For The Record Live, which specializes in unique musical presentations based on the canon of a film director. 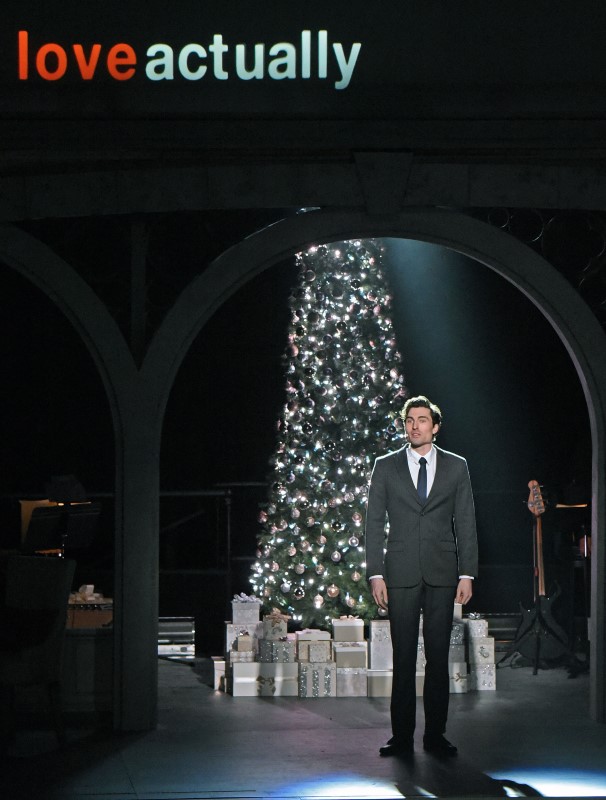 In December 2017 they were approached by The Wallis Annenberg Center in Beverly Hills to put together a show for their black box theatre space, The Sorting Room. “We took the music / script for Love Actually and basically performed the film in its entirety with about four hours’ rehearsal. The success of that project pushed us towards creating something new for this year in the Goldsmith Theater.”

This full on musical featured a 15 piece orchestra that live scored the film as well as playing the ‘soundtrack’ to the show.

Key to enhancing the audience experience in this 500-seater theatre was to create a sense of immersion. Michael Berger explained: “For The Record started in a bar in Hollywood where the show quite literally happens all around you. It has been one of the hallmarks of our product and something our audience has come to love and appreciate. From a lighting standpoint this tends to involve pointing a lot of lights towards the audience. It’s an experience more akin to attending a concert or viewing a television show.” 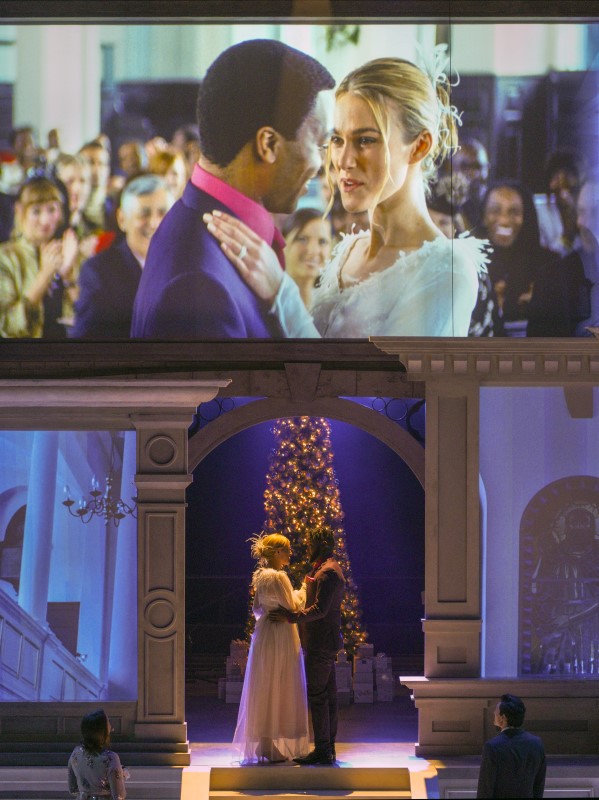 The designer has been a fan of GLP solutions since being introduced to the catalogue back in 2012. “Mark Ravenhill and the entire LA office are incredible at making sure we are always up to date on what is new and giving us opportunities to put hands on the equipment. I have been looking forward for a chance to try out the new S350 for a while and this was the perfect show for it.”

He specified the S350s to function as front of house keylight, mostly because he wanted to audition their features for television. “Overall I was really impressed with the brightness, color rendering and surprisingly low noise floor,” he said. “On For The Record shows, noise of a moving light is not something I am usually concerned with. I was pleasantly surprized with how little noise came out of the fixtures.

“One other little feature that came in handy was the macro on the LED engine itself. We wound up using it as a TV flicker effect for a few scenes and it was rather effective.” 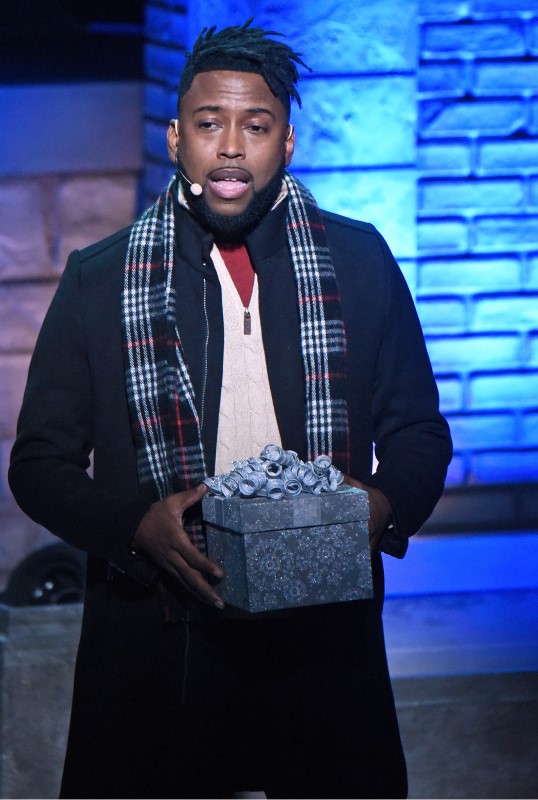 He also knew at the beginning of the process that the show would need a lighting component to help carry the musical moments. “I’ve grown to love the X4 Bar and the X4 atom when using them on America’s Got Talent and I knew that they would be the right fit for our light wall.”

He describes the GLP equipment he deployed as an ‘embarrassment of riches‘, with 24 X4 atoms, 10 X4 Bar 20, seven of the giant X4 XL heads and seven of the new S350’s, billed as ‘the next generation of LED moving head profilers’.

“[Lighting director/programmer] Ryan Tanker and I are fond of using the term ‘full stick’ when describing fixture modes,” he continues. “We like to push the system as far as possible and have access to all the features. Each one went to the highest resolution mode.” 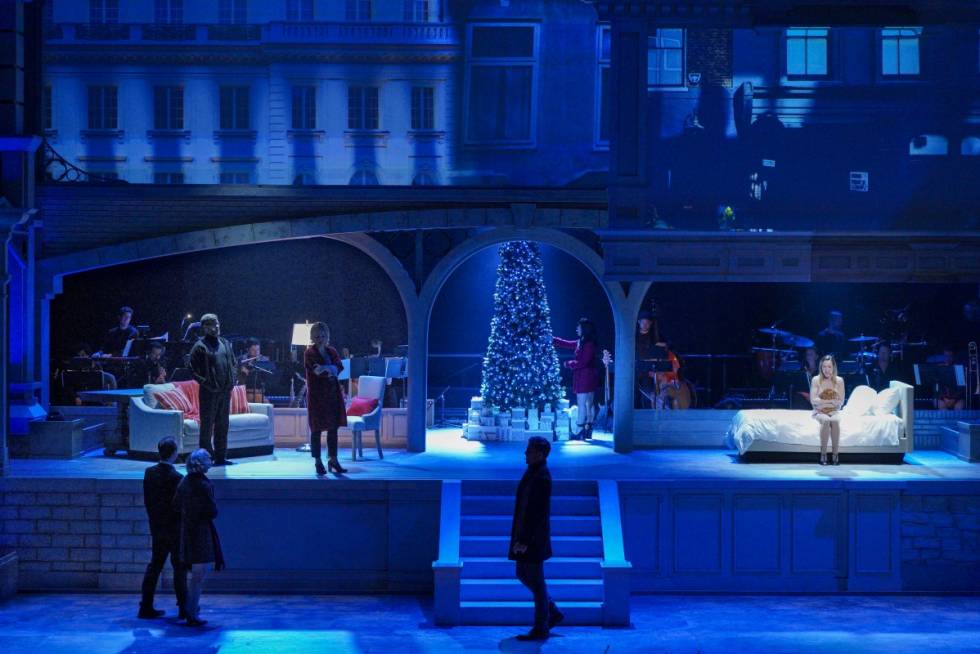 The atoms and Bars were incorporated into the upstage light wall, the former pointed straight out to help carry music and tempo throughout the show, while the Bars were on the floor just underneath the light wall. “They provided some nice band blow through backlight as well as a great curtain of light for the final moments of the show,” Berger explains. “The X4 XL’s were utilized predominantly as the hero backlights for the ‘film’ moments and also some treatment of the scenery.” 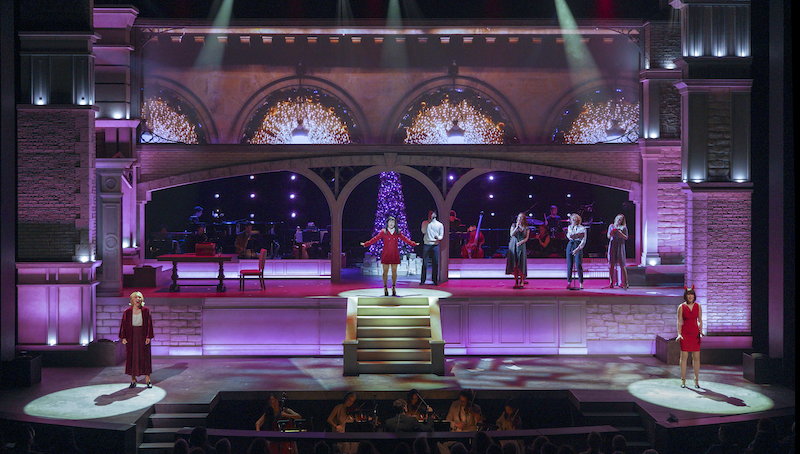 And he was equally impressed by the role played by the tiny X4 atoms. “They are really the standout product for this example,” he exclaims. “We needed something for the light wall that was bright, fast and easily deployable. The 4-Pin home-runs of the atoms helped speed the load-in along during our already compressed schedule. The atoms are also a great ‘face’ to look at, and the zoom provides a nice surprize, which wouldn’t be as achievable with a typical LED par.”

“The teams at GLP and 4Wall were amazing at both putting together this show and providing support throughout. We ran into a little issue with the lighting desk for the S350 and Brian McNutt from GLP, who was quick to dive in and help us solve it. I’m never nervous about putting a GLP product on a show because I know it is rock solid and that the support is even more solid if there is a problem.”

Going forward, the X4 atom has also been seen in abundance this month at the movie industry’s year-starter, The Golden Globes at the Beverly Hilton, where Michael Berger was again lighting director.