The world-renowned Nitro Circus features Travis Pastrana and his friends travelling around the world riding dirt bikes, base jumping and performing stunts – and this has led the event onto several TV series, a 3D feature film and major arena tours.

GLP’s automated heads have featured on this production since the days when veteran Australian LD Francesco Calvi was specifying their fixtures. Current LD Nico Riot is another strong advocate of GLP. Incredibly he joined the tour in September 2018, at the same time as Matt Doherty, whom he served with on the Marilyn Manson tour, was about to join Nitro Circus for the US run. And the fact that the 40 strong troupe was seeking a new LD at the same time sounded the cue for Nico’s arrival.

The LD admits to having had no idea of what to expect. “Previous designs were working well, truss wise, so I kept the same rig plot and added the fixtures I needed,” he said. “After looking to create a new design, I realized that this was the only thing that would work for the show because of the constraints … and the fact that you have to work around tracks, cameras angles and video screens.” 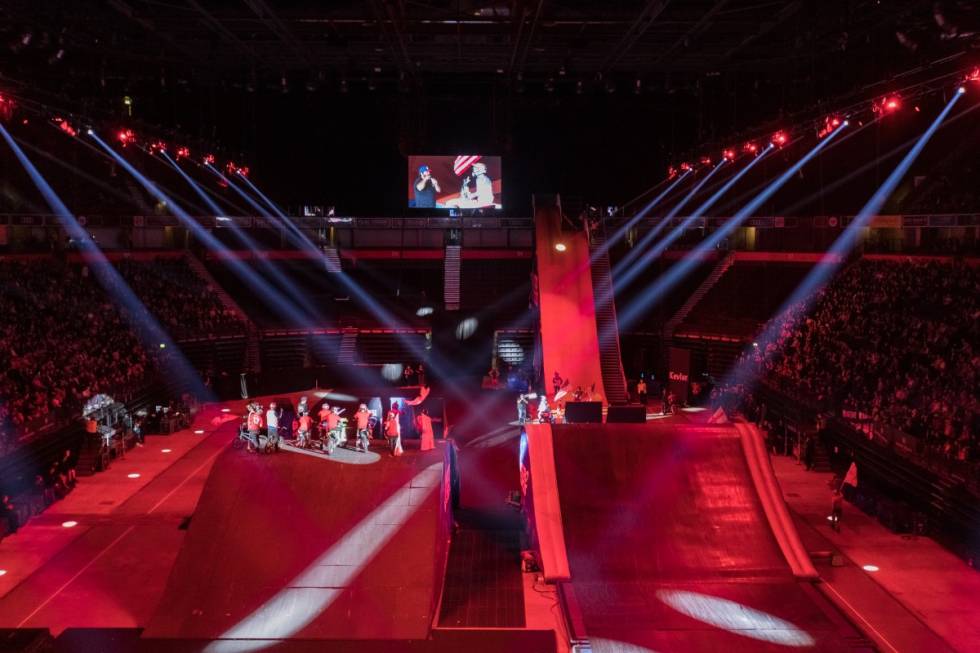 His main challenge was that he needed to light the show for different perspectives simultaneously for the audience’s, the athletes’ and the cameras. “360 vision for everyone,” as he put it. “I try to avoid casting any shadows on the tracks for the athletes, and the same for the cameras. Plus the audience needs to see everything without being blinded.” And with massive ramps, trying to light everything from bottom to top and each side was a near impossibility.

Even by deploying 40 movers and 20 strobes pointing at the tracks, there was insufficient lighting for the cameras. Thus when production freed up extra budget for additional fixtures, specifically for the Facebook broadcast event, he immediately turned to GLP’s JDC1, knowing how effectively they would read to camera for the transmission.

“They played a massive role,” he admitted. “I knew that I would have the punch I needed to wash out a full arena, so on the European run I put 22 JDC’s on the rig.”

This included adding five JDC1s on each side, where the athletes are airborne, to give the cameras an extra boost. “My goal was to be brighter than the arenas’ working light. Basically the athletes needed to feel like its daylight in the arena when they’re doing tricks.” 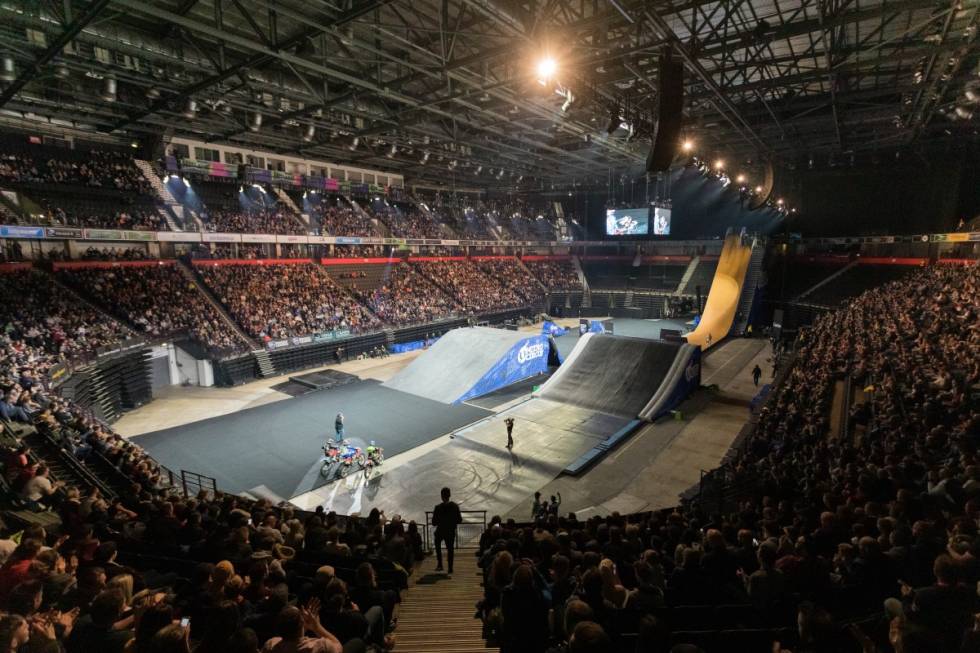 He ran the JDC1’s in Mode3 (single pixel), explaining, “I didn’t need pixel effects on that show. I was using the wash part to clean my looks on the tracks during the talking sections of the show and the strobe part with the duration at full for the stunts sections.”

For the earlier design, when budget permitted, he had deployed full X4 Bar 20 floor FX, set between the tracks and kickers, with Neg Earth taking care of the European lighting supply and Delicate Productions the vendors in the States.

In summary Nico Riot has certainly no regrets about swopping out all the previous strobes in the rig for the JDC1’s. “It allowed me to retain the strobing effects plus it gave me the brightness I needed for cameras purposes,” he stated. “And the wash was also a big plus, as it gave me three fixtures in one. Production was really happy with the result.”