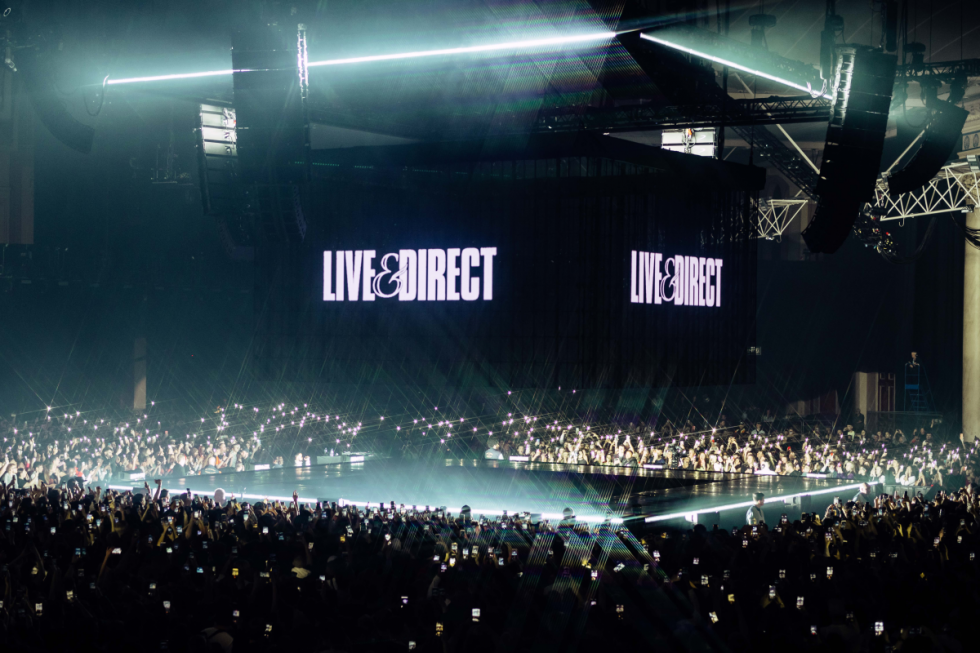 The gigs were the culmination of a long year in which Scott had been an essential part of the artist’s creative team, headed by Tawbox, as he toured first the UK academy circuit followed by the festival season, with a simple floor package. 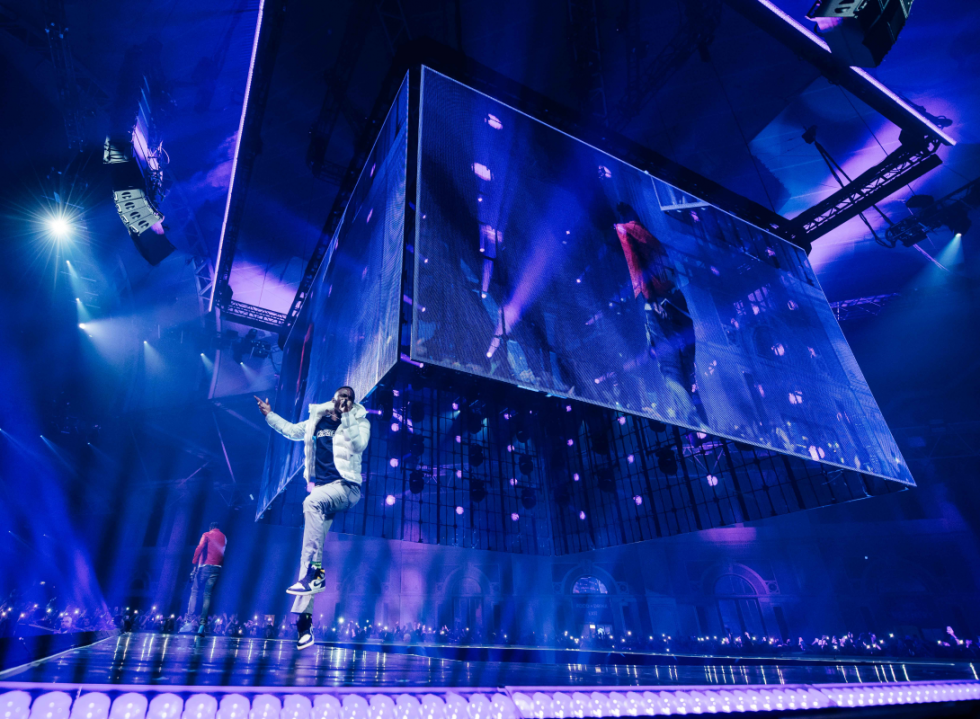 Lighting inventory for the tour had been supplied by Siyan but when it came to the Ally Pally shows production manager Joel Stanley awarded the project to Neg Earth.

The creative for the show was devised by Tawbox, who designed the screen layout and the concept of AJ performing in the round. “This was a specific show design for Ally Pally,” confirmed Scott. “The concept of the show was in connection with the historical broadcast nature of Alexandra Palace, which ties in with AJ Tracey’s iconic tag line of ‘AJ Tracey … Live & Direct’.” 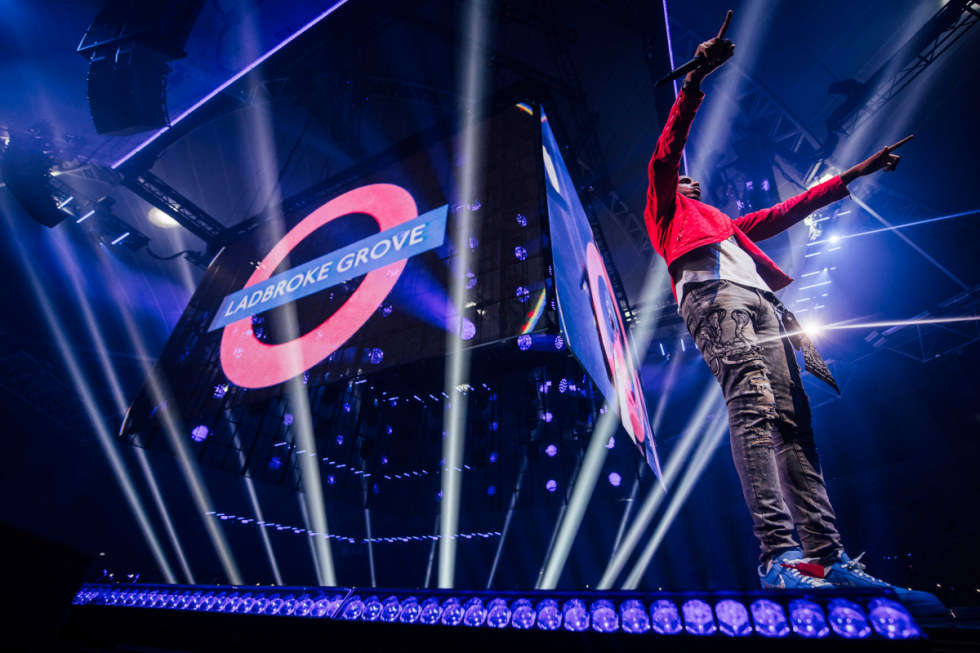 The X4 Bars had formed an essential part of his rig and were specified to fulfill.

a specific purpose. “I needed a batten fixture that was capable of multi cell control and was also zoomable,” he said. 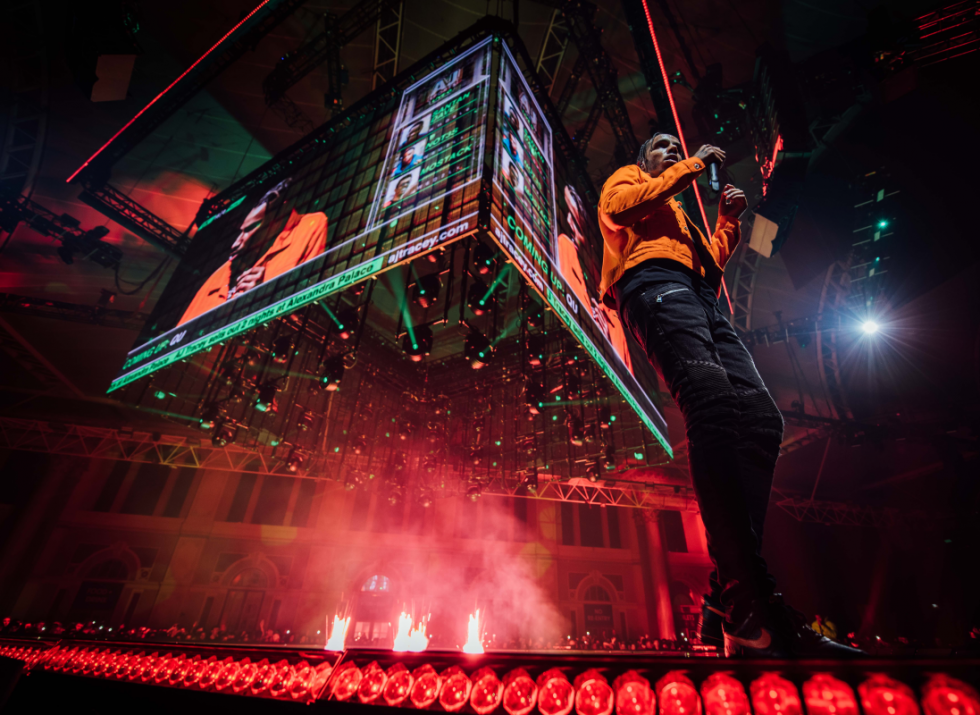 “They had a very noticeable role in this design; they were positioned in a square layout to delineate the edge of the 350mm deep square stage and then mirrored in the air to echo the shape of the video box.” He says he always runs the X4 Bars in Single Pixel High Resolution Mode (89-channel), and as such it has become a regular go-to fixture for the LD. 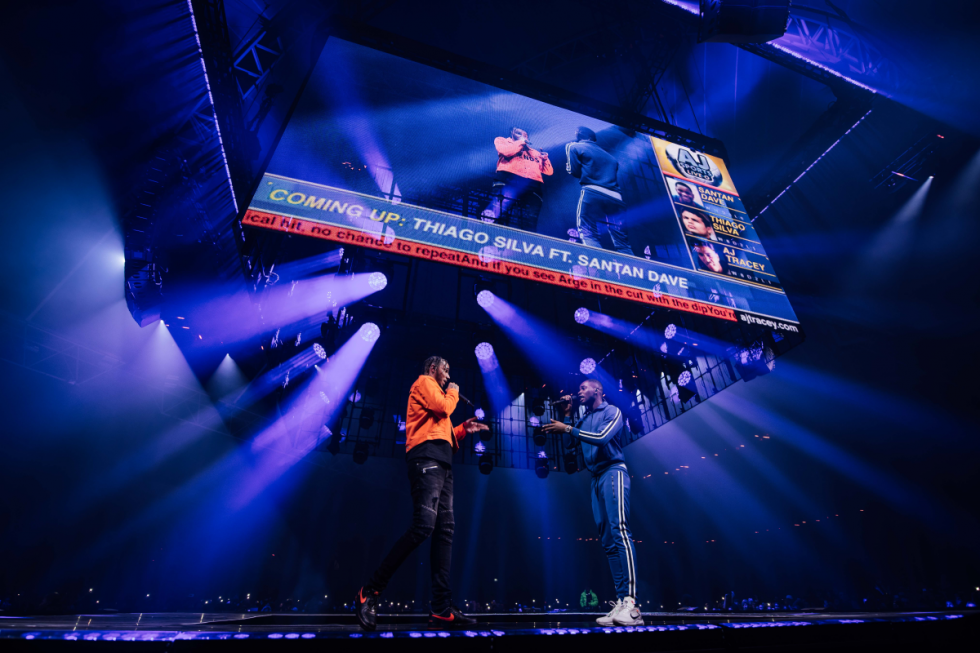 “They are the best moving head batten LED fixture in my opinion,” he exclaims. “If you want to edge a shape and have movement and zoom capabilities then you’re better off using an X4 Bar.”

James Scott also programmed the show, while Bronski and Amber Rimell from Tawbox were the show directors. “They know what the X4 Bar can achieve and have used them on a number of their productions,” he states. 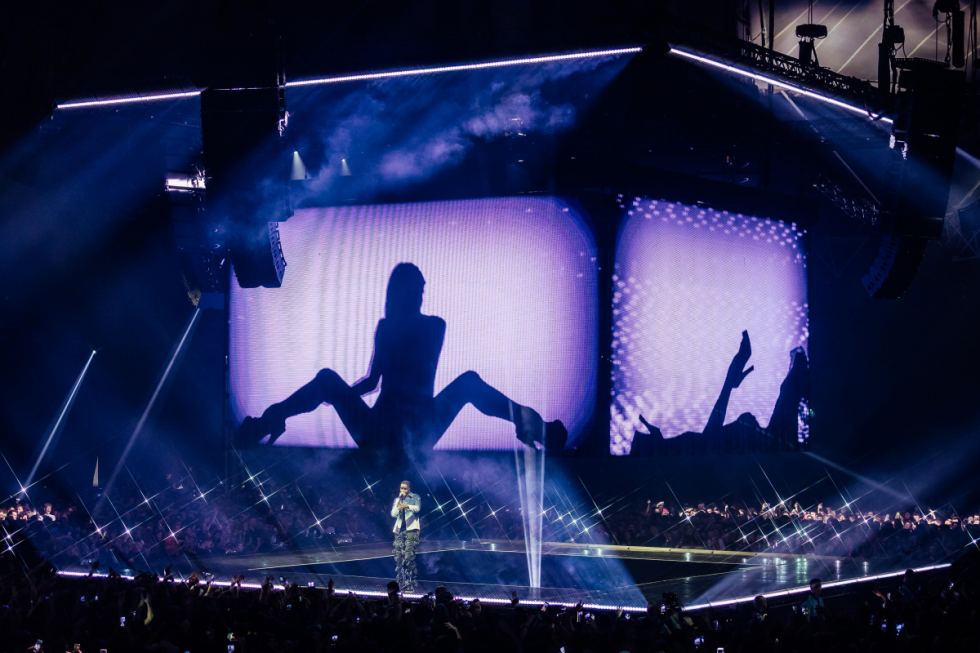 And he is unequivocal in his own assessment of GLP’s award-winning battens. “They certainly delivered 100%,” he exclaims. “The X4 Bar is a workhorse fixture that serves a purpose in a design … and serves it well!”