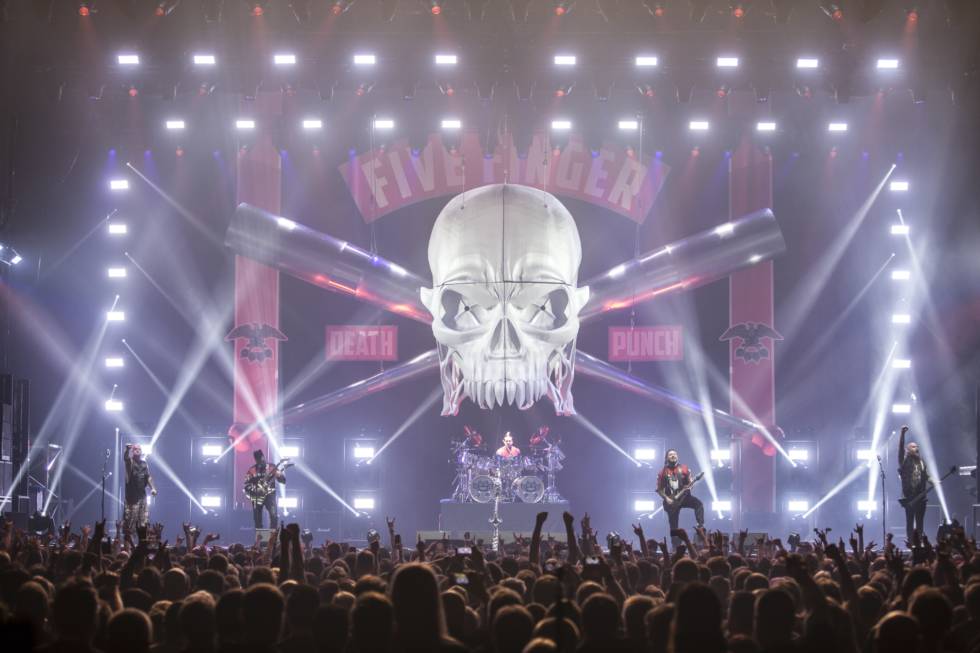 Having been operating lightshows for the Gothenburg-based In Flames since 2011 (and been designing their sets since 2014) Stormby wanted to focus on the artwork that the band had been developing for the current European tour.

“I wanted to use a lot of video and set elements,” he said. “There is a lot of artwork and figures/elements to look at and my idea was to create an atmosphere and style that really represents the band; you should be able to see a picture and immediately tell that this is an In Flames show.”

No fewer than 65 JDC1 hybrid strobes have been helping him in his quest, with Soundforce supplying all the In Flames gear, while Black Box was responsible for the overall shared package with FFDP, whose LD John Santos co-designed the flown rig with Fredrik Stormby.

The rig itself is dominated by 65 JDC1 hybrid strobes. Admitting he had little experience of GLP solutions until recently, Stormby states, “Like so many others I found the X4 Bar series to be an extremely useful fixture — and then I heard about the JDC1, and had the opportunity to try one out.” He was soon test driving around 36 of the heads at a private party in Cannes. 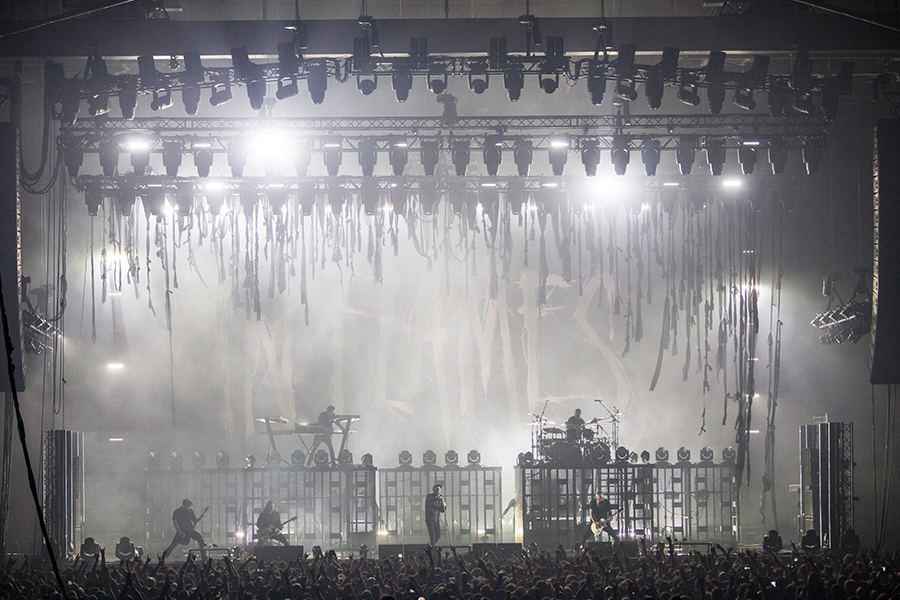 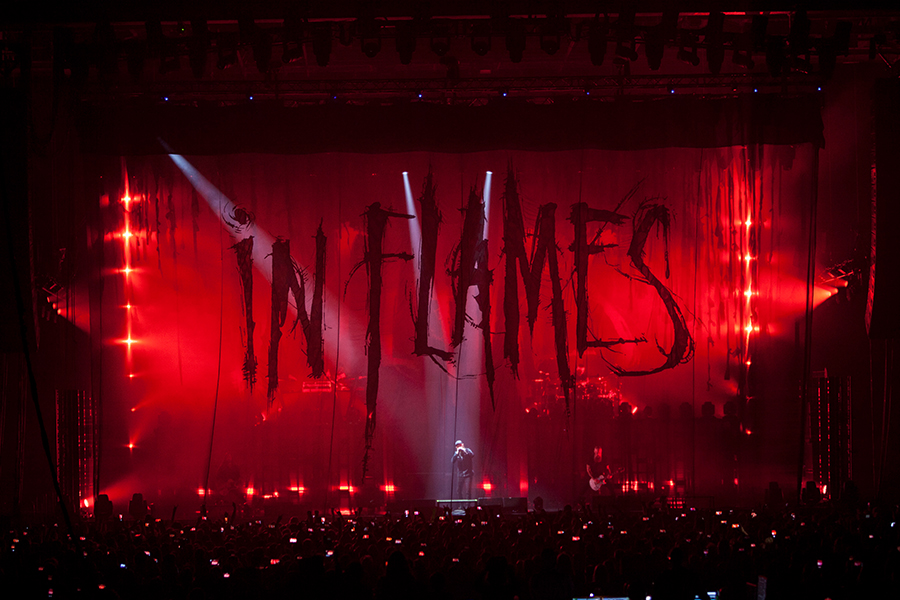 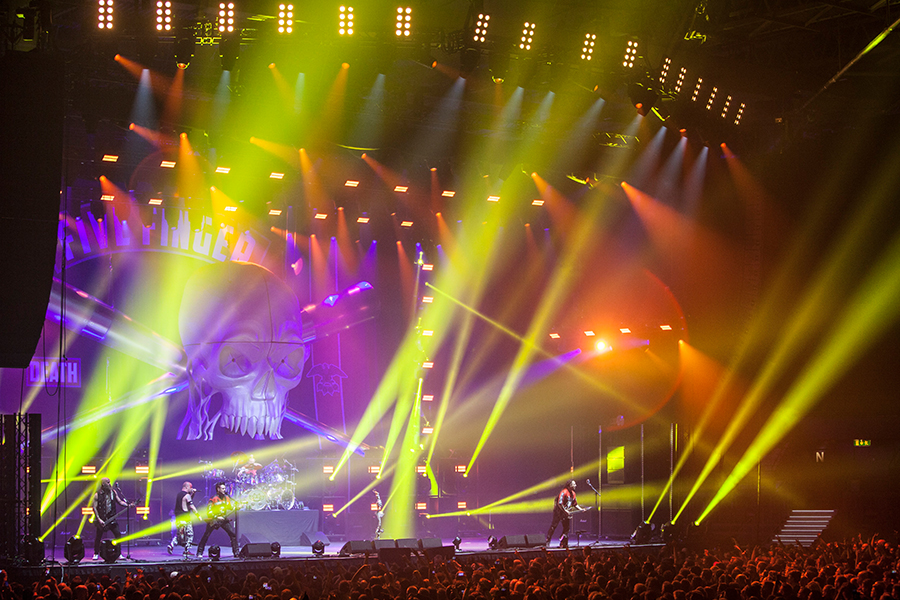 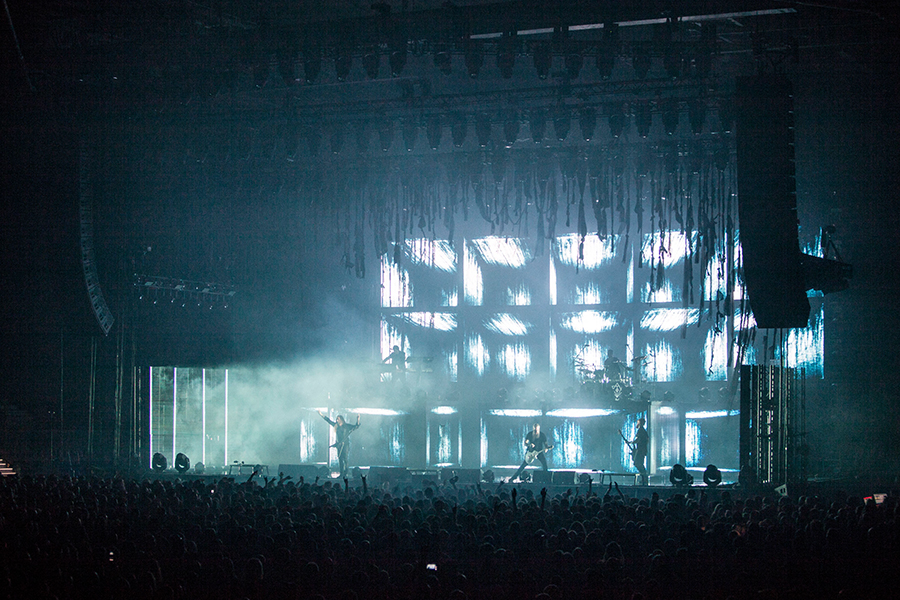 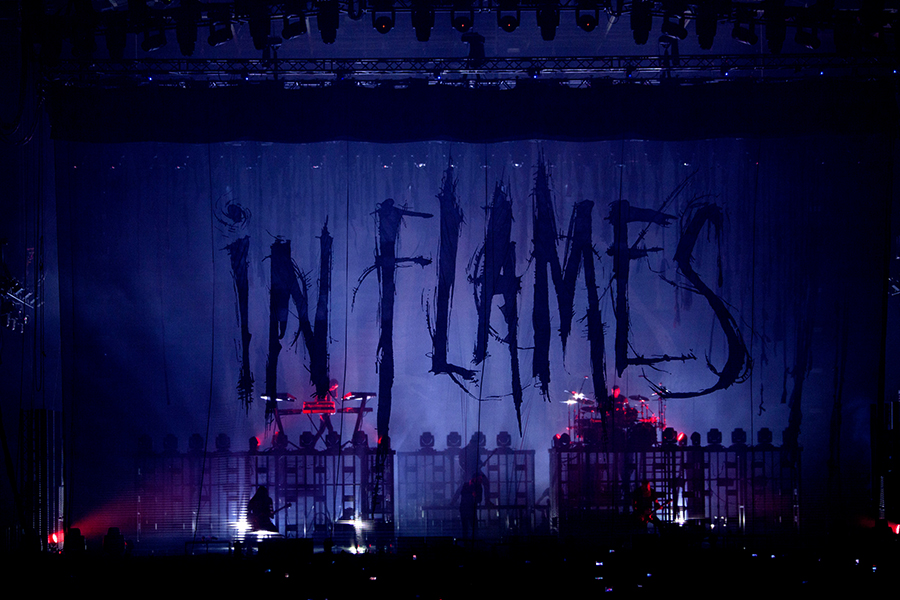 “This gave me the confidence to specify them for In Flames,” he admits. “We needed a bright LED strobe that we could pixel-map but also get a ‘clean’ white strobe from. So the JDC1 turned out perfectly, and it’s a decision I have not regretted.”

Distributed across all the LX trusses and ladders they are used as blinders, color washers, pixel-mapping effects and strobe. “Therefore they play a major role in the show,” he confirms. “We run them in full channel mode.”

Asked what features really stand out with the strobe, and he replies, “Everything”. By explanation the designer states, “This is a completely different product compared to a Xenon strobe, but I think it mimics the output of a Xenon strobe very nicely in white, due to the dedicated row of white LEDs.” 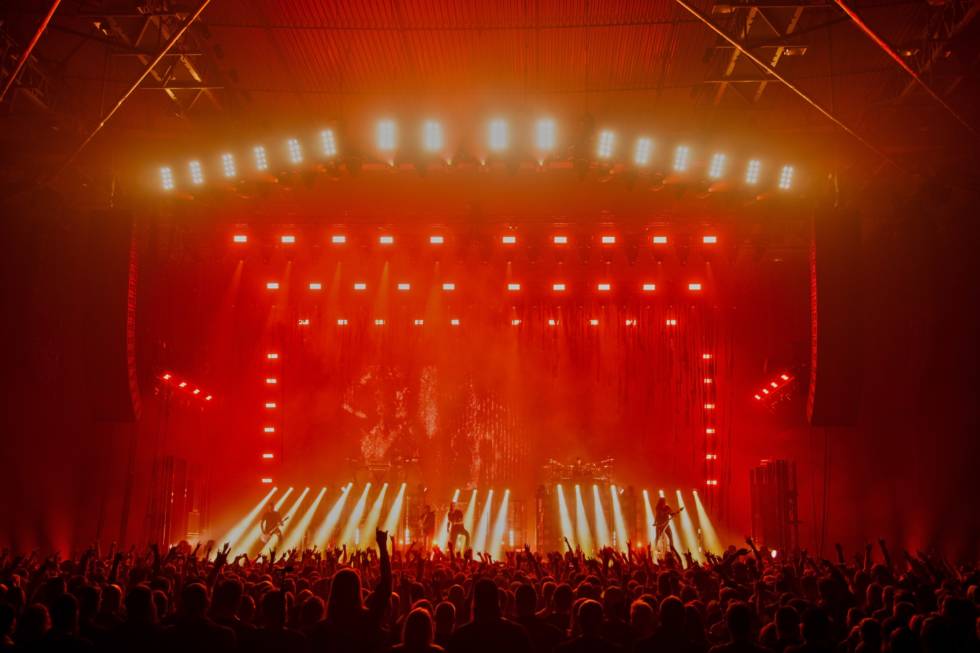 The In Flames tour has been the latest project in an eminent career which has seen Fredrik Stormby and his Green Wall Designs team working with various Swedish and international artists, at the same time acting as programmers and content creators for events such as the Eurovision Song Contest and various TV shows, festival shows, theatre and corporate events. He praises GLP for their back-up. “They have been generous with their support when we have needed it,” he says.

As for the JDC1, he summarizes by saying, “For what we are doing on this tour it is perfect — I am very happy with its ease of operation. It was up against a few really well known LED strobes and I think it provides a great combination between the best color mixing models and those that mimic a Xenon strobe in white.

“This can do both of those things extremely well.” 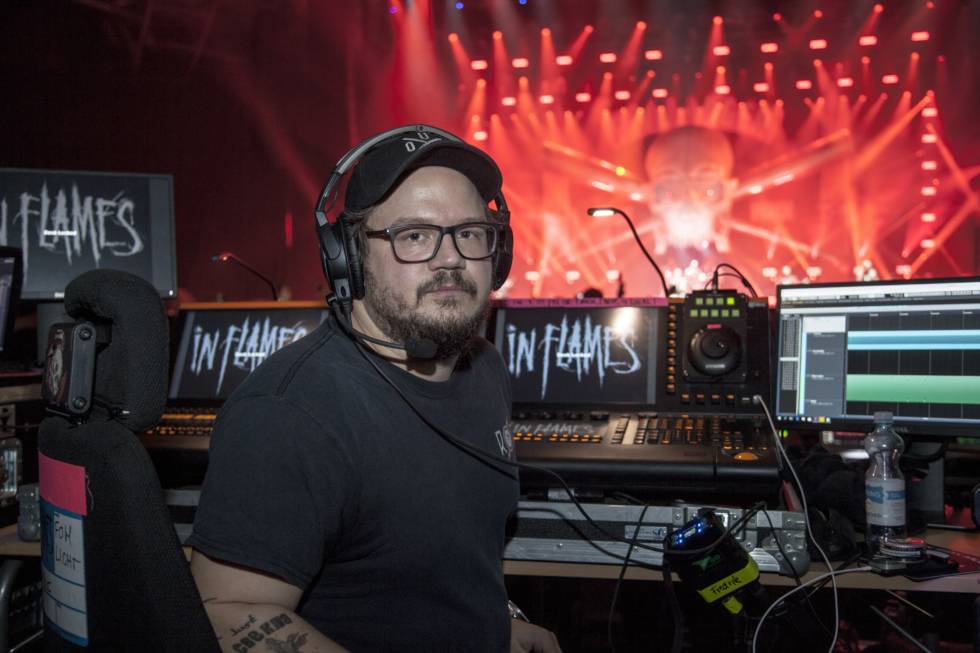