After lighting the band for nearly 13 years, experienced Irish LD Steven Douglas knows how to bring the best out of The Killers’ dynamic stage set.

Now in the midst of the Wonderful Wonderful world tour, he has been exploring new dimensions and challenging perspectives by introducing GLP’s ground-breaking hybrid JDC1 strobe to his toolbox, along with the award-winning GLP X4 Bar 20 battens, to help maintain the band’s status as being one of the world’s leading touring rock bands.

Whereas on previous albums there has always been jumping off points such as artwork to inspire the design, he says that this time the process began while the band was still recording. “Therefore we were able to start with a clean sheet.

“We knew there would be Las Vegas references as its such a huge part of the band’s DNA. Once the set designers, Fireplay, were onboard, we moved quickly through their initial sketches and added things to it.”

He admits that the X4 Bar 20 is a fixture he has wanted to use for some time. “I needed something almost scenic in appearance which could virtually wash the stage, as other than the front truss I have no conventional wash lights in the rig. 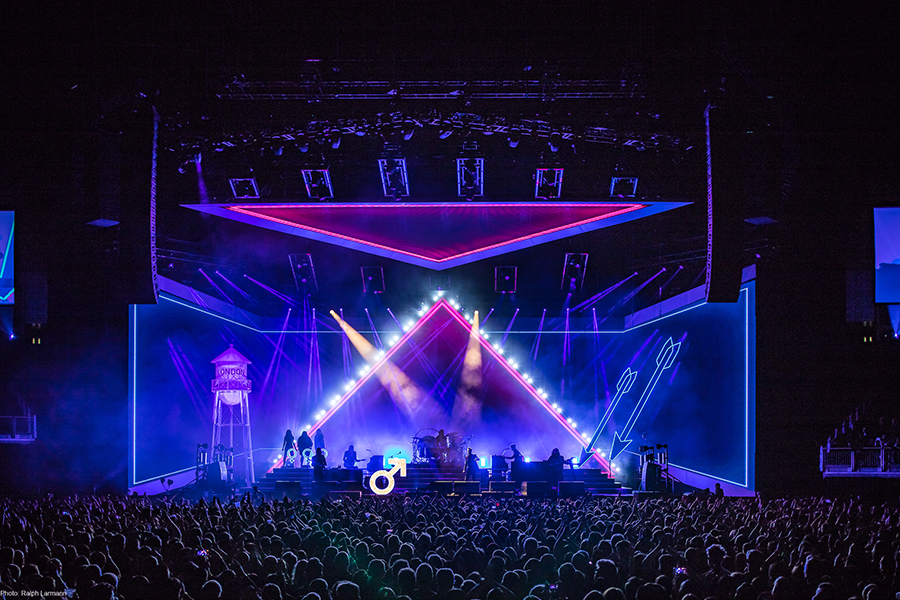 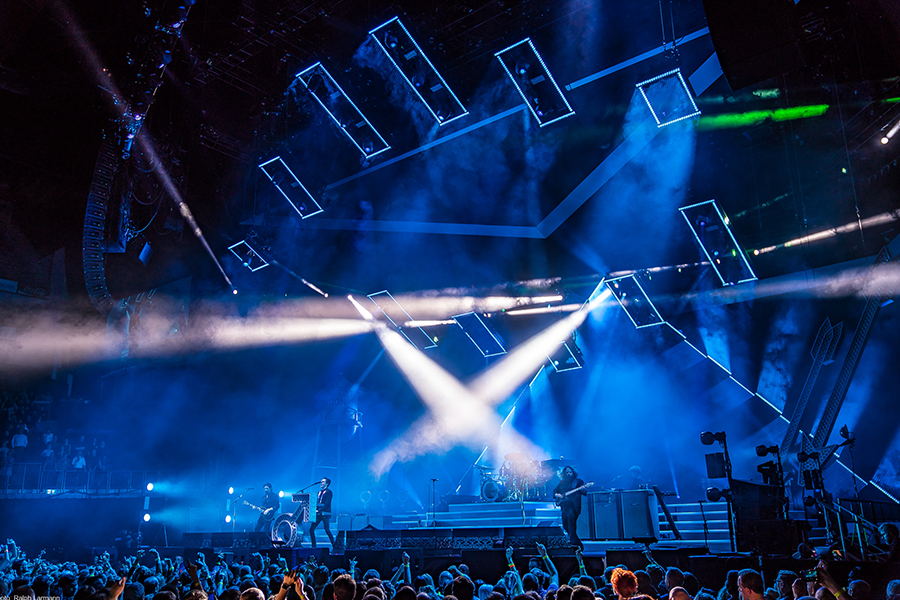 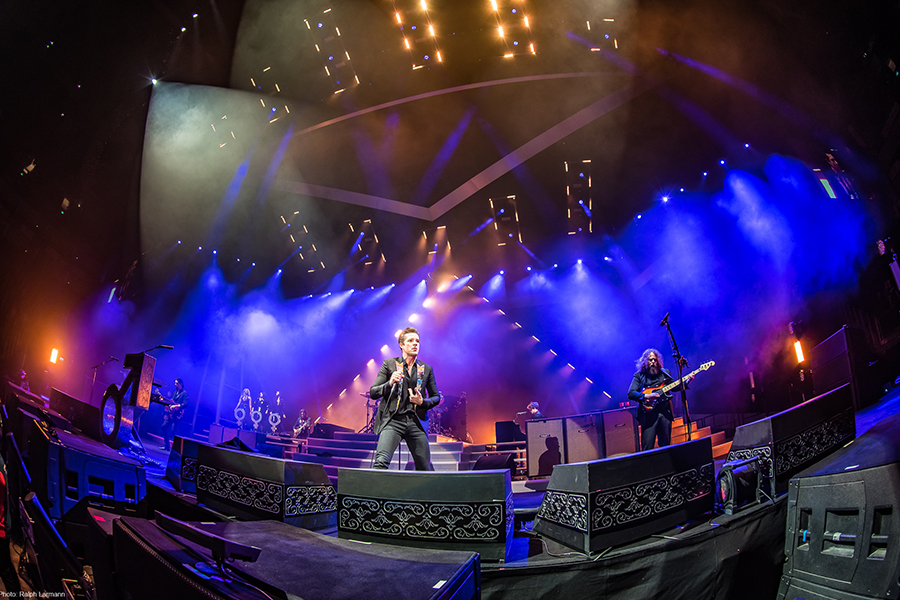 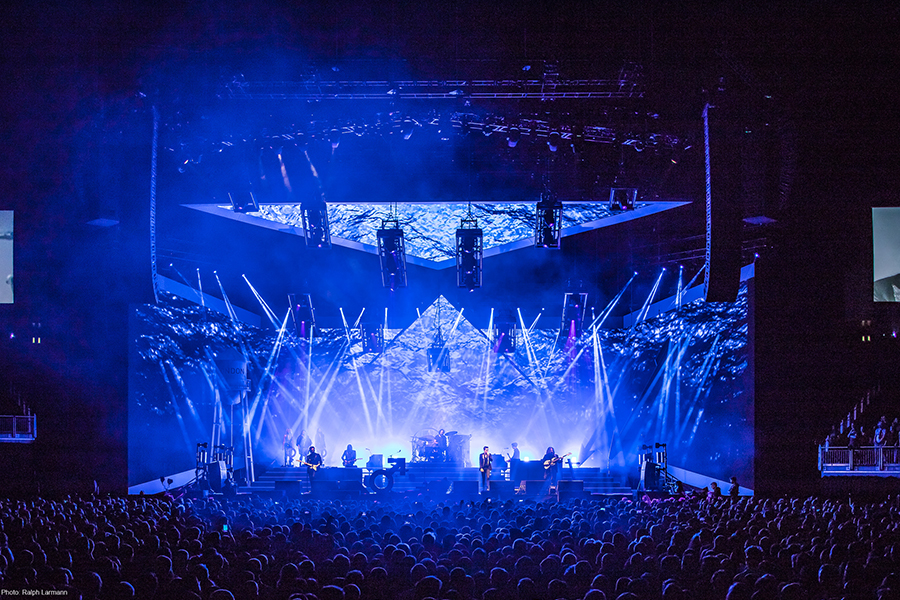 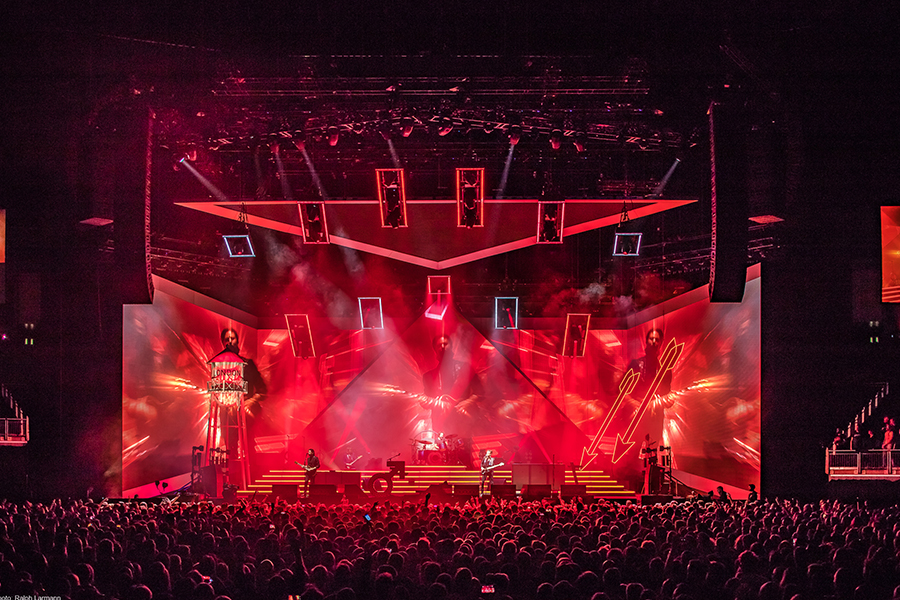 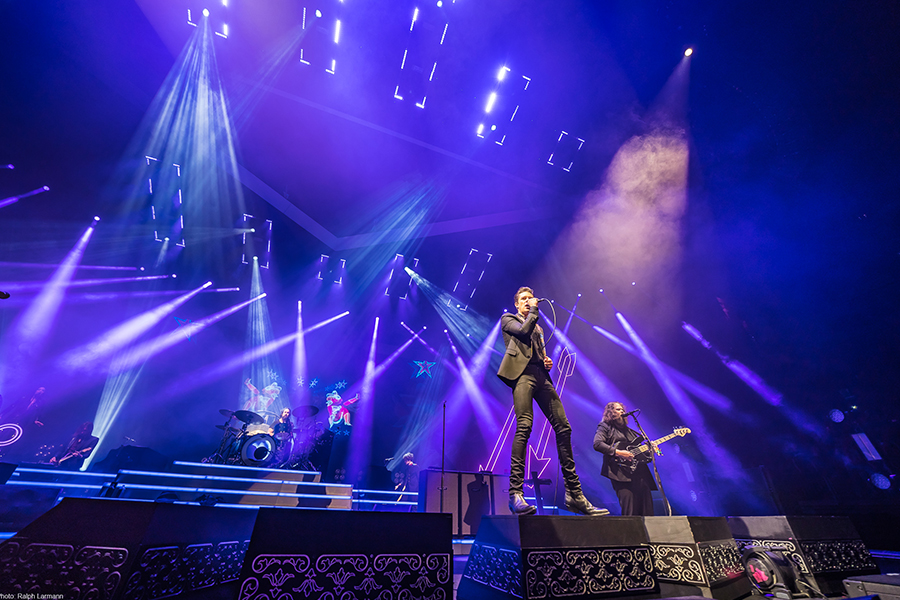 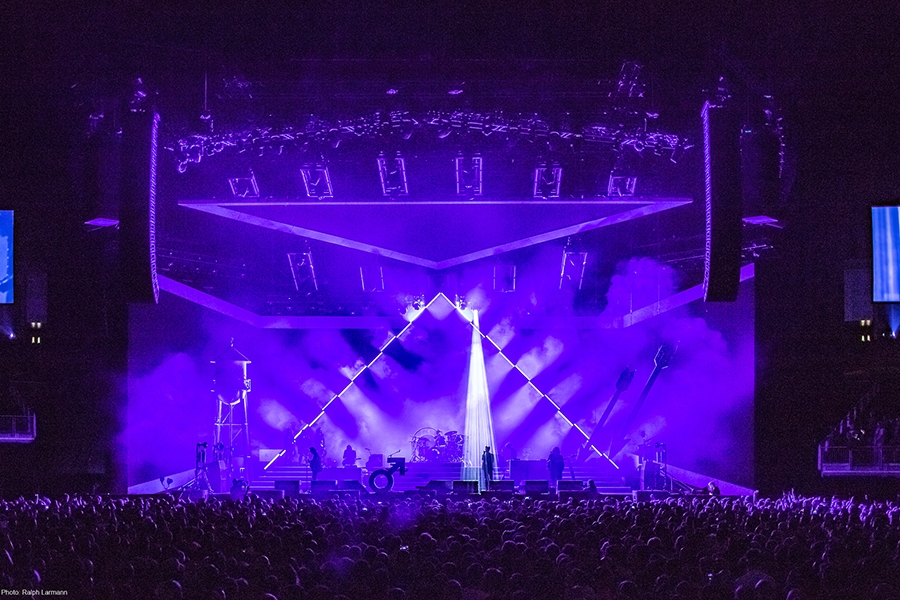 “With the large amount of video surface in use I went for a lot more beam orientated fixtures, so we built the pod structures and lined them with X4 Bars. They are extremely versatile so I knew I could get a full wash from them as well as a narrow beam — and I was able to replicate some of the ‘Vegas-style’ Bulb / Marquee chases through them to capture the old casino look down the Strip. It also became the perfect fixture to outline our upstage video triangle/pyramid because it was so low profile.”

As for the JDC-1, this entered the picture when Steven was investigating various LED strobes. “This fixture was recommended by a couple of people,” he says. “Christie Lites sent me one to try and I loved it straight away.”

In total Steven commandeered just under 100 of the X4 Bars, deploying 68 on the overhead pods, and the remaining 26 framing the upstage ‘pyramid’ video screen.  The 33 JDC1 heads are divided into 12 for the over-stage, eight on the front truss and 13 mounted on pipes set around the band.

The LD notes that “the X4 Bars are particularly effective on the upstage triangle — when they cross over at 45 degrees the create a triangular light curtain. As for the JDCs, they are great for being able to get some full stage washes and still be able to harness the strobe element separately.”

Steven Douglas was not only the lighting and laser designer for the Wonderful Wonderful tour, but also served as set and creative design consultant as well as being  the touring lighting director and board operator, working off a grandMA2. As for programming, while the X4 Bar 20s are run in 35-channel mode, the JDC1 has been operating on 23 channels. 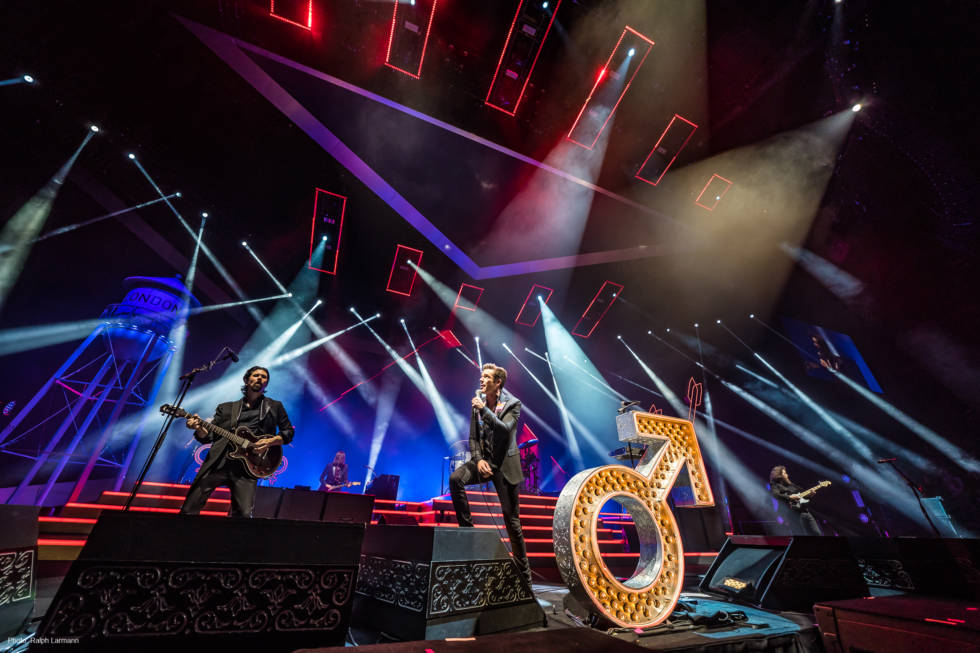 The world tour, which included two shows at London’s 20,000-capacity O2 Arena, has so far only visited the US and UK, with Christie Lites supplying inventory Stateside and Neg Earth picking up in the UK.

In terms of freighting equipment, the overhead pods already had the X4 Bars onboard and cabled, courtesy of Christie Lites, “It was easier to leave them built into the pieces and carry them with us rather than have them constantly repopulated for each leg,” Douglas explains. Neg Earth supplied the remainder of the X4 Bars and all the JDC1 strobes. “As always the support we get from Neg was top class, and GLP UK and US were both extremely helpful right the way through the design and build process.

“As we start to look at other territories, we will decide how much [equipment] we are going to carry with us.”

In summary, he says his first outing with the X4 Bar 20s and JDC1 strobes is leaving a lasting impression. “I really liked the unique elements of each fixture,” he says. “The JDC1 not only comes nearest to emulating the old xenon strobes but provides the advantage of being able to hold an all-on blast without them ‘thermalling’ out, as would be the case with conventional strobes. In addition, it’s great to be able to tilt these strobes. As for the X4 Bars, the narrow light curtain effect you can achieve from these fixtures filled the brief and ideas I had in my head to perfection.”