More commonly known by her stage name, Izïa, Izïa Higelin is the rock star daughter of 70s pop legend Jacques Higelin. The Senegal born actress and musician recently completed a 24 date French tour on the back of her new album, Citadelle.

It took an inspired deployment of GLP’s mighty X4 atom, with its tiny form factor, by the artist’s LD, Jordan Magnée, to provide an imaginative backdrop. The result was a tiltable matrix of 96 atoms (from a total complement of 124 pieces), each with a 30W full color LED source, to bring the scenography to life. These were mounted on a structure fabricated by S Group, which also supplied the fixtures, having purchased them specifically for the tour. The versatility of the atom was demonstrated in the 9:1 zoom ratio—from a wide 34° wash down to a tight 3.5° beam—that enabled a constant variation of narrowing or expanding mid-air beams. 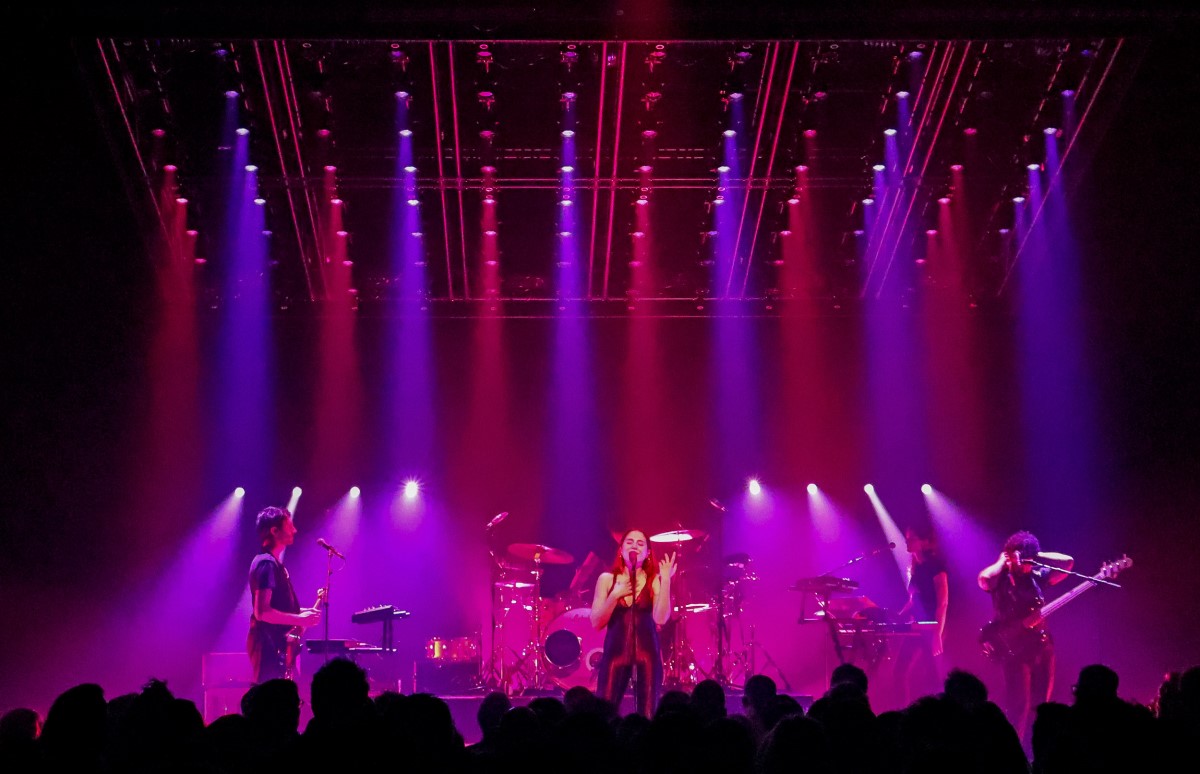 The tour was unusual in that it took place with the spectre of Covid-19 hovering above it—and ‘gatherings’ capped at a maximum of 1,000 people in France. While this caused the 2,000-capacity Paris Olympia concert to be cancelled, Izïa took the decision to play two back to back concerts on the same evening at the 1200-capacity La Vapeur in Dijon, allowing 500 in for the first concert and after a quick change around admitting a further 700-plus for a repeat show that started at 9pm. 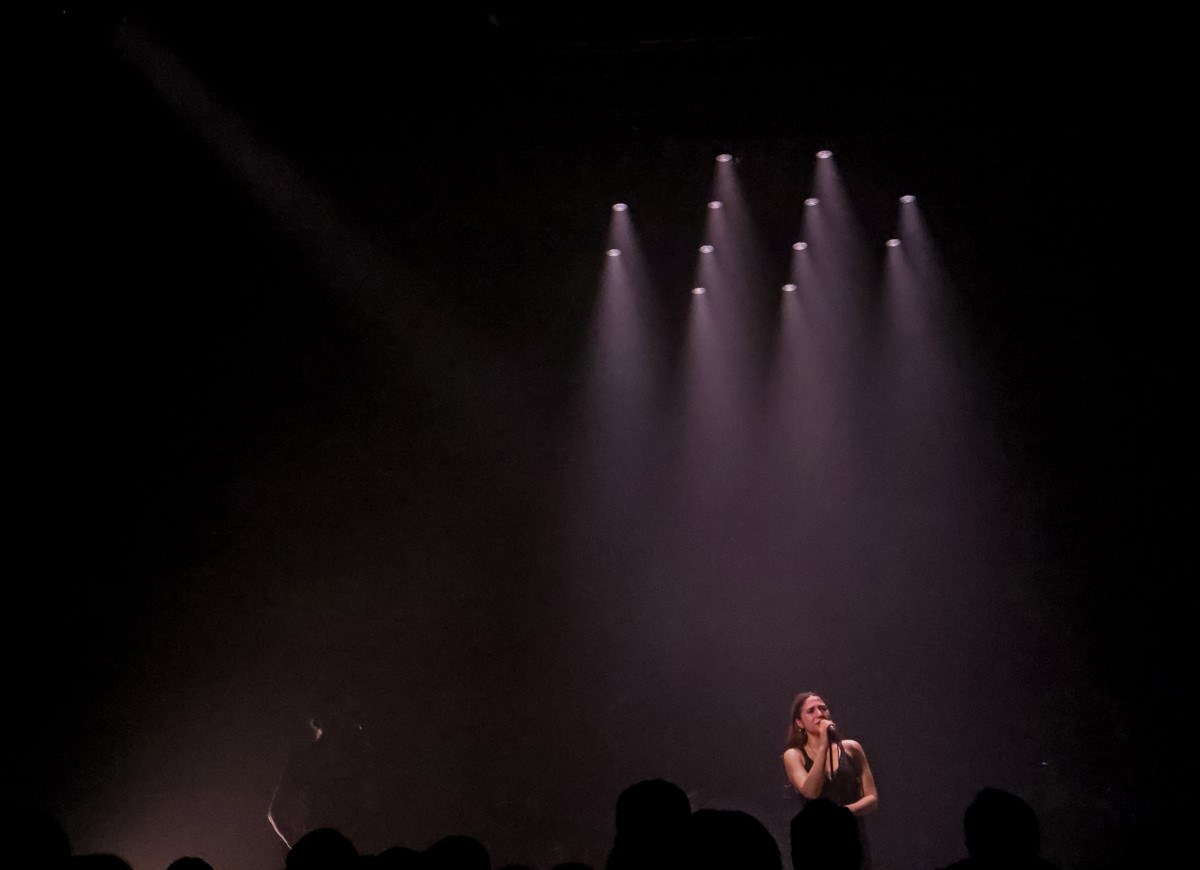 An experienced stage LD—who draws on a strong background in architectural studies to give him an original approach to creating different shapes—Magnée was working with Izïa for the first time. “Very much in the spirit of the new album, she wanted to rebuild her team from scratch for this tour, including most of her musicians,” he said. “The production management also changed, and since they already knew me, the connection was made with this tour.” 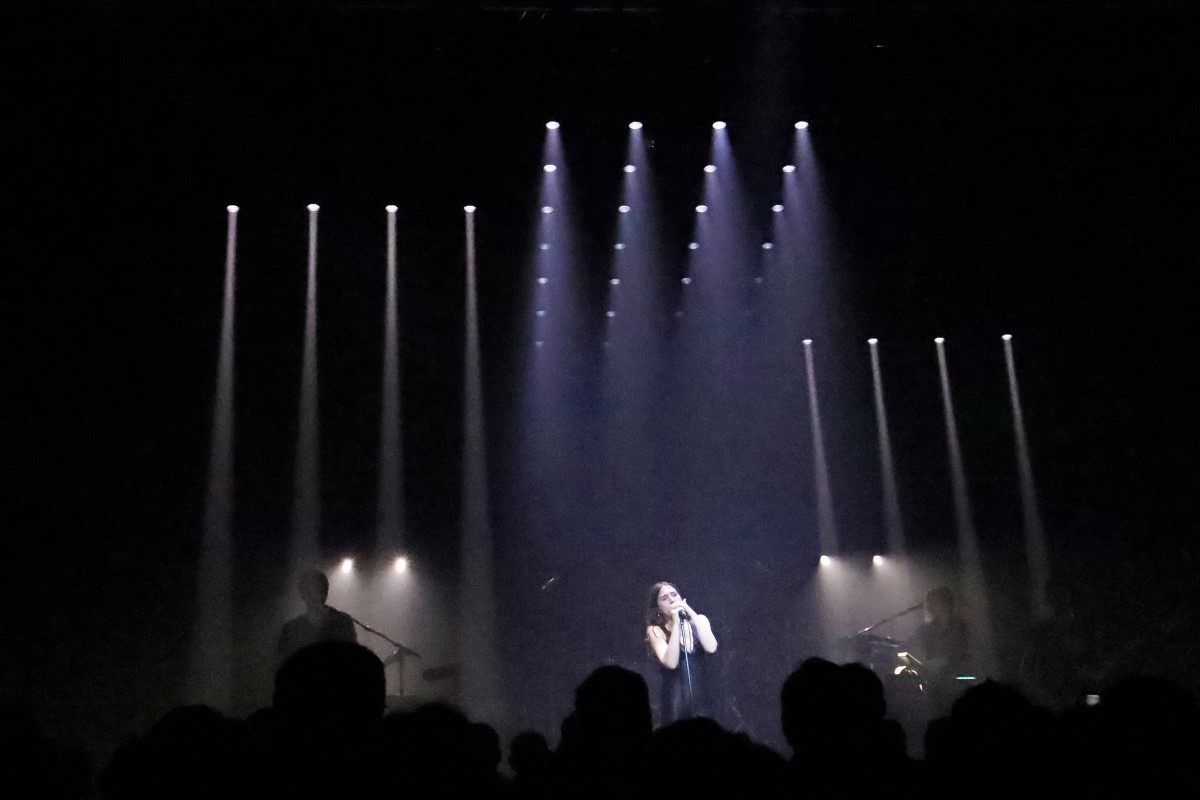 He adopted the X4 atoms on the recommendation of another LD. ”I was looking for a projector sufficiently compact to be integrated into a framing matrix, with a solid luminous flux so it could compete with—and cut through—the rest of the lighting. I tested them at S Group’s ‘Le Studio’ and the quality of the beam and zoom ratio instantly appealed to me.” 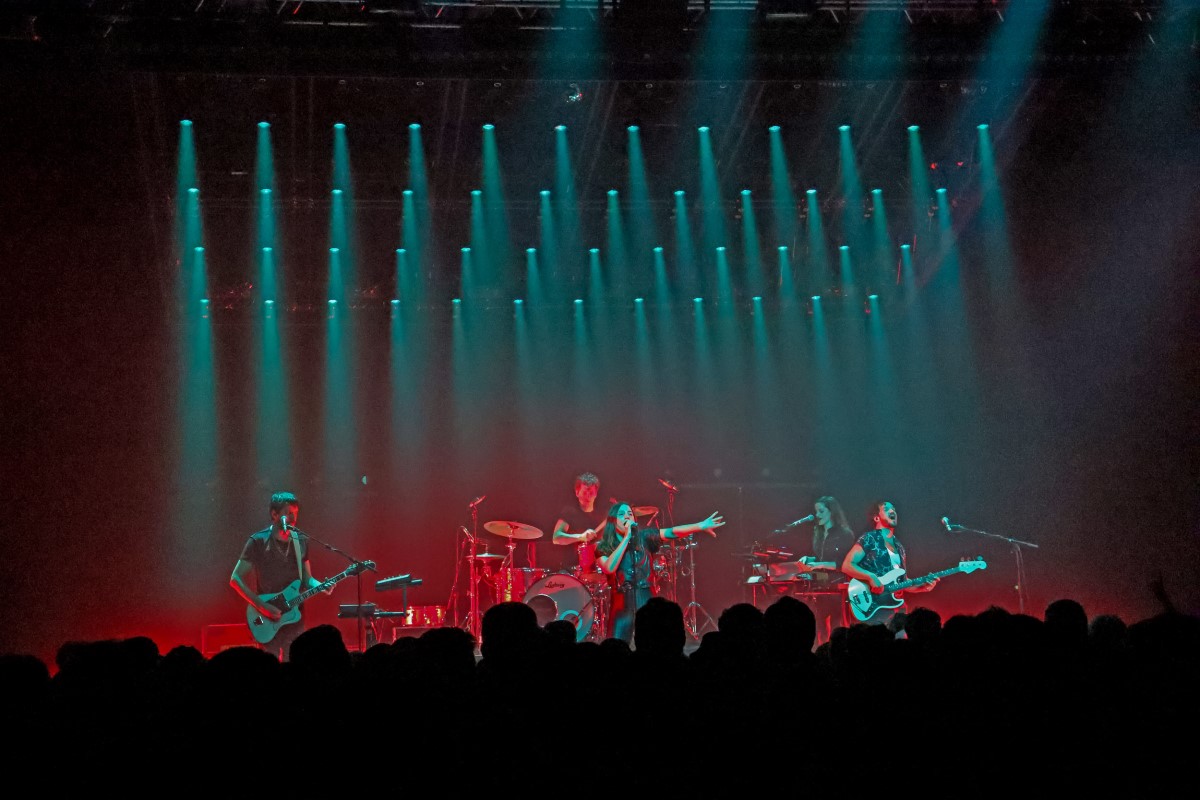 “I was really looking to achieve a very straightforward ‘back to the roots’ rock’n’roll look, with the audience not actually able to see any movement of lights, which is the opposite of what’s so trendy nowadays. Here, we either had a perfectly blended wash from the top, or a forest of almost vertical beams like old fashioned PAR cans. We even emphasise this by using only warm white during the first three numbers, and bringing color to the set only after that, as a nice surprise.” 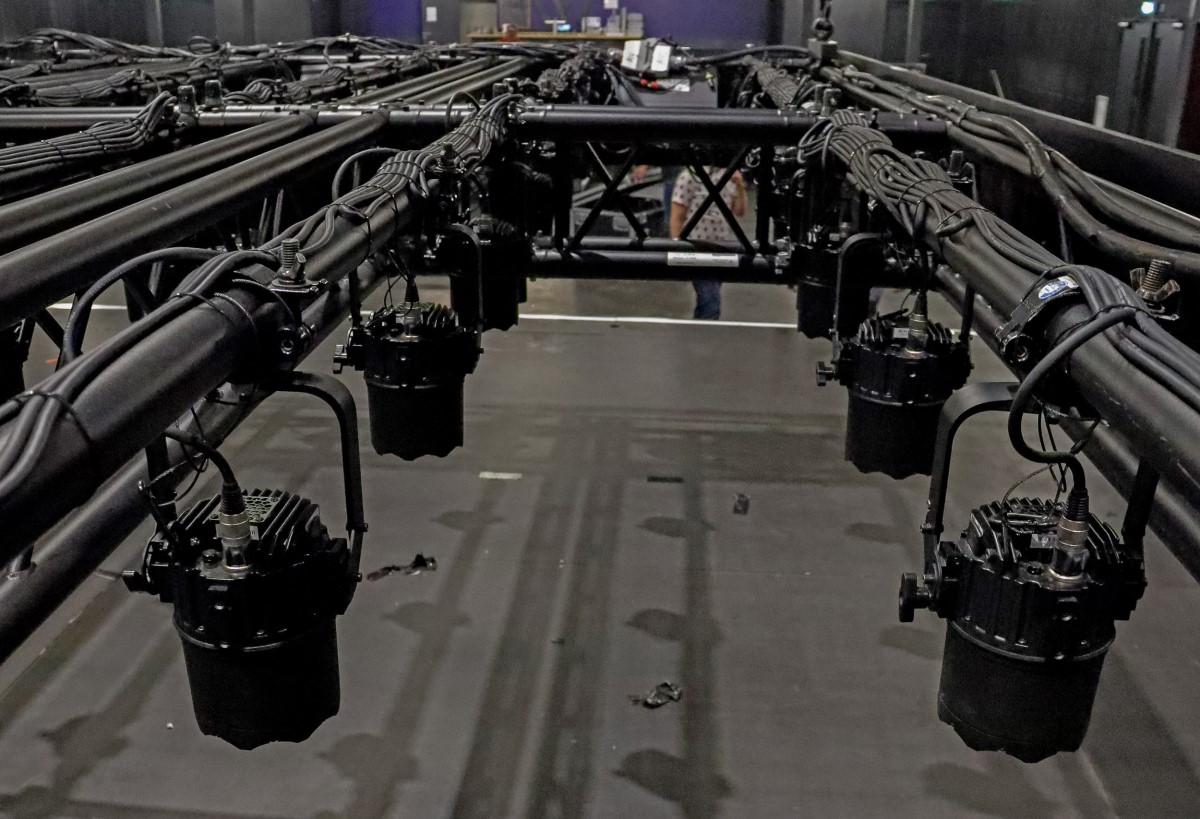 The stage set was designed to be scalable, Magnée said. “On the biggest gigs the matrix could be extended, and on venues where the stage ceiling was not high enough, it could be spread horizontally; the rectangular frames of eight atoms were then installed 60cm from the ground up. Of course, this version is more ‘in your face’ from an audience perspective, but at least we could still use the pixel effects and have the benefit of the impressive zoom ratio of the X4 atom fixture.” 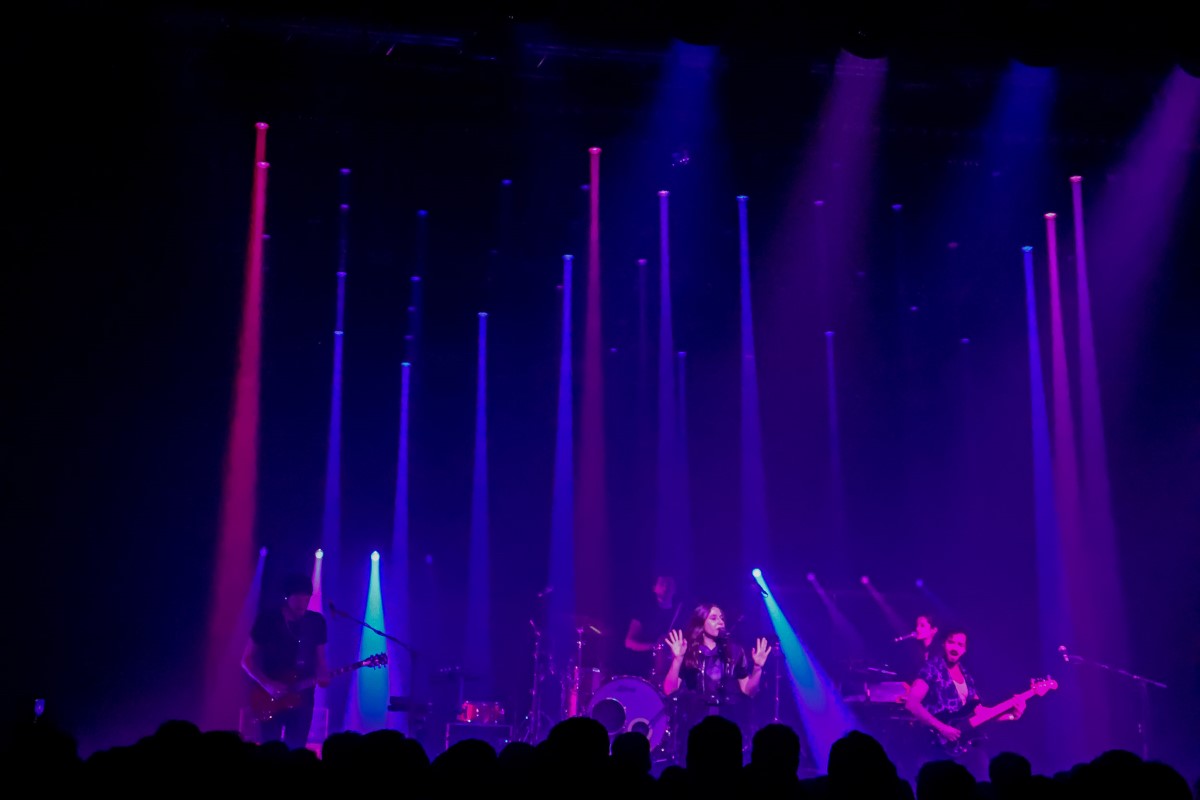 Magnée was supported by accomplished board operator, Etienne Gennatas (on an MA Lighting grandMA3), who has been the LD’s longtime collaborator. Each of the X4 atoms was programmed in 9-channel full mode, RGBW color mixing control, plus zoom and dimmer/strobe. Stated Magnée: “I use Resolume software to send back into the desk the DMX data to make the matrix (with a pitch of 50cm) react directly to the content I created specifically for this show. At any time, Etienne could also merge features stored in the board—mainly colors, zoom and brightness—as additional layers.” 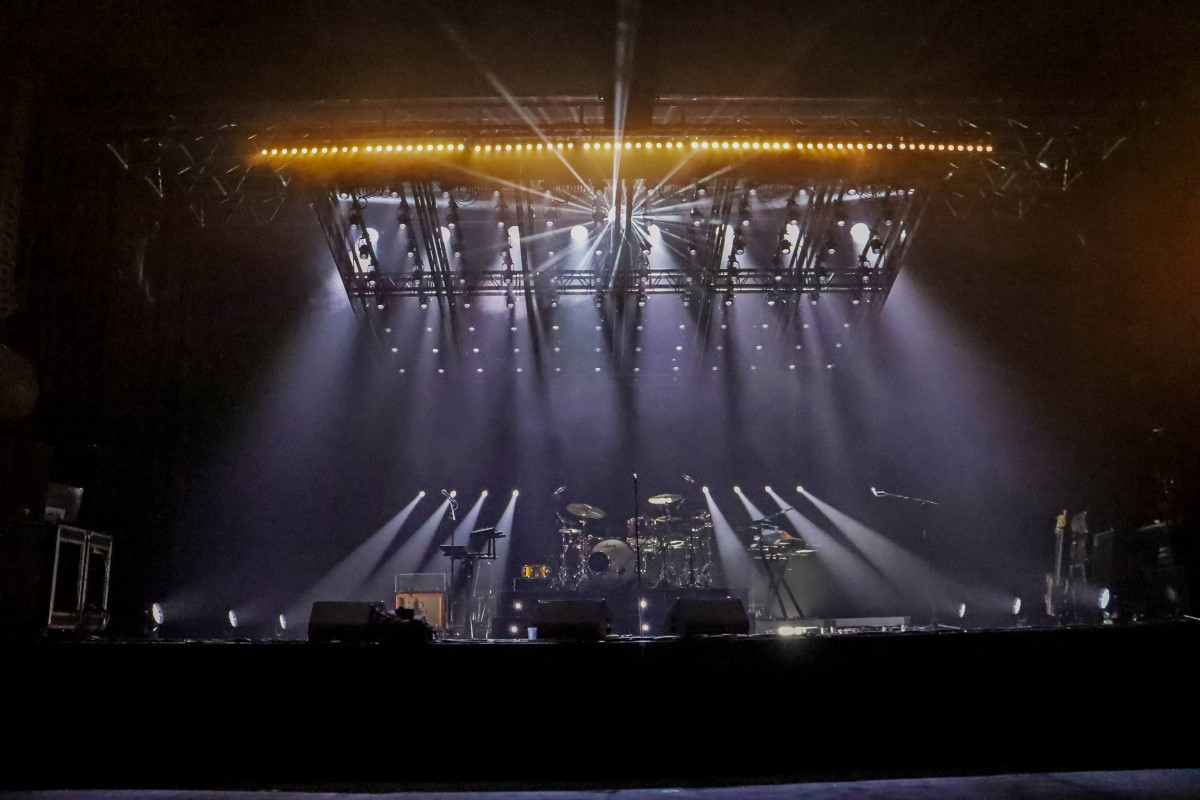 S Group had been indispensable, he said, when it came to a fast rig and derig of the matrix. “We had to figure out how to install it quickly each time, while retaining the possibility of having have two configurations.”

The company found the use of perpendicular 290mm truss ladders to be a clever and effective way of building it, as the height of the X4 atoms could fit neatly into this kind of frame, as well as allowing the space necessary to integrate the external PSUs. The fact that the crew used off the shelf truss elements enabled this to fit within a tight budget, with a minimum number of specific parts. 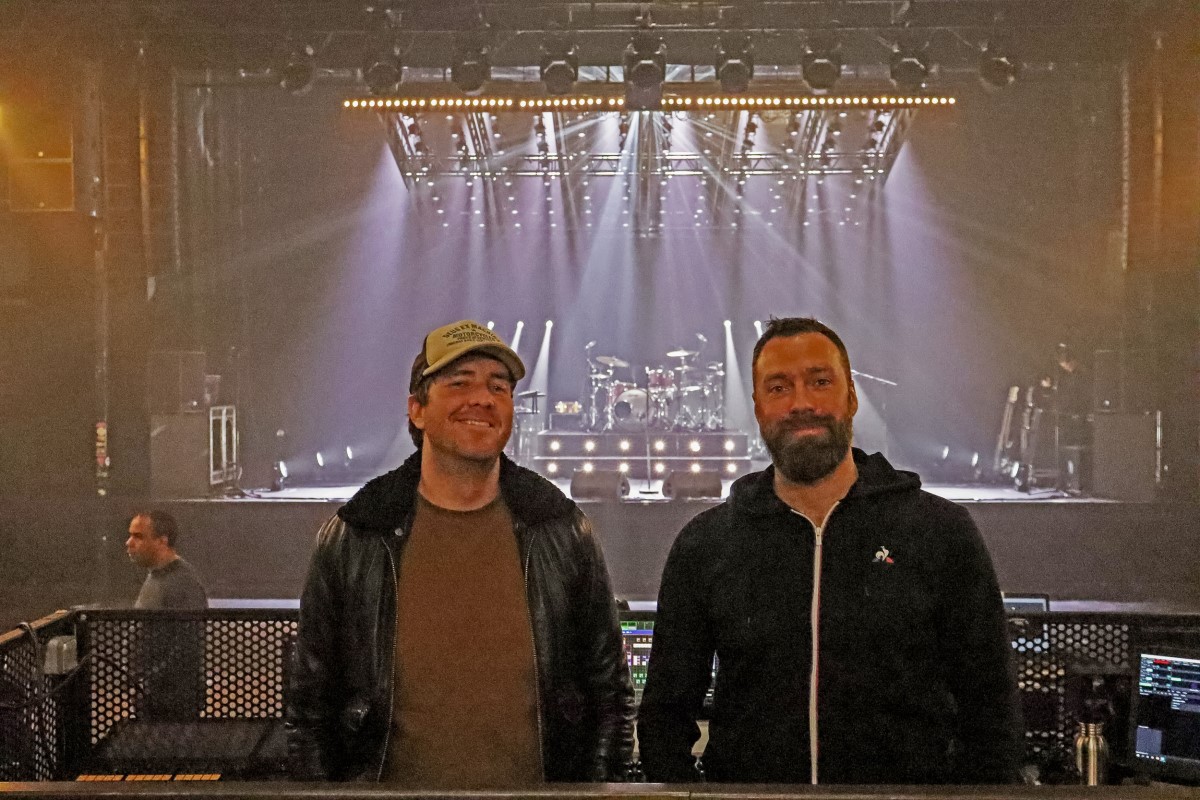 For the X4 atom, more usually seen in fixed installation, this was an inspired deployment. To exemplify this, GLP’s head of France, Bruno P. Souchaud, cites 178 X4 atoms, fabricated in a specific RAL white, which were sold for a fixed Pierre Cardin exhibition some years ago.

In Dijon, the last date on the tour before the French government banned public gatherings, and the tour was suspended until October, the matrix was hung low (at 3.80m high) upstage), and 1m more in the front (downstage). It was composed of 96 X4 atoms, distributed above the stage in two rows of six rectangles assembled in prewired vertical truss ladders fixed together by truss pins, making it easy to set up and dismantle. There were a further two poles situated upstage, each with a horizontal bar supporting four atoms. The remaining 12 atoms were located underneath two steps of the drum riser, aimed horizontally towards the audience front rows through adjusted round holes. 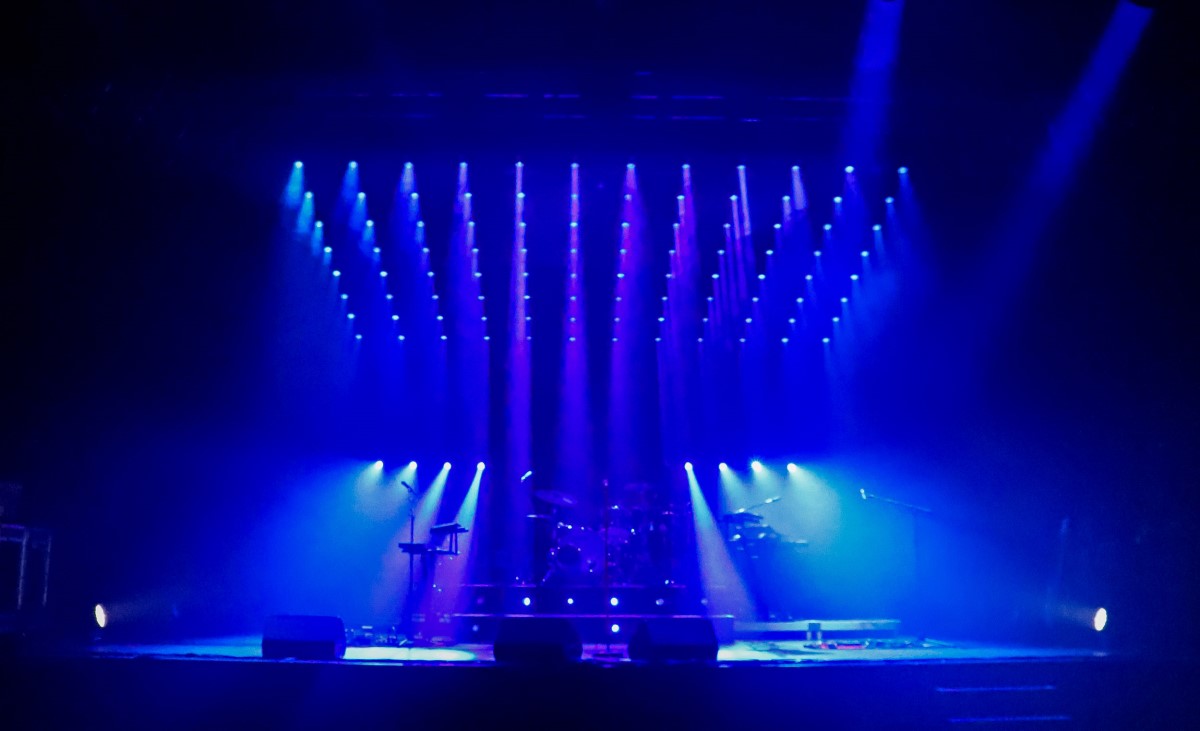 In conclusion, Jordan Magnée said he is delighted with the dynamic created by GLP’s X4 atom matrix … and its dependability. “As the main part of the entire stage concept, it’s been incredibly reliable, and by a dozen gigs into the tour we had experienced no problems whatsoever.”