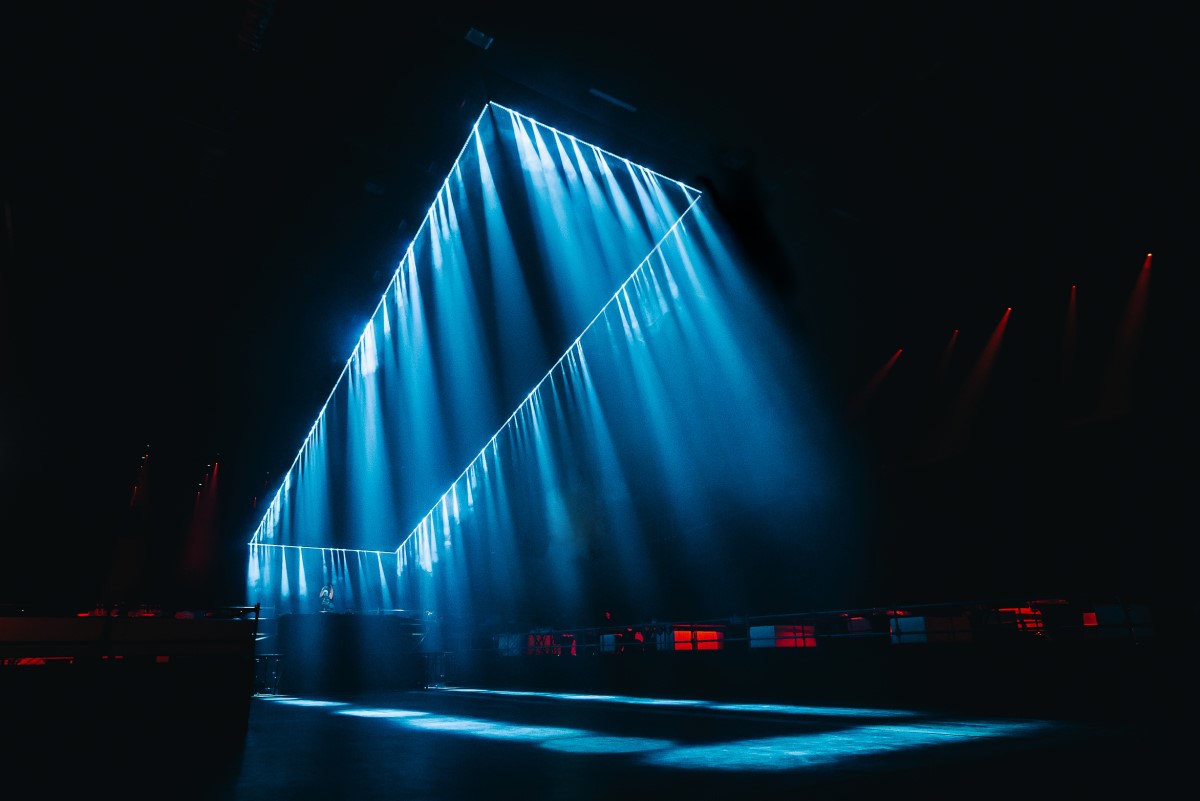 Croatian-born DJ Solomun, one of the most exciting exponents of European house music, has been a regular visitor to Russia since early on in his career. Synonymous with contemporary electronic music, and attracting vast throngs of fans, his most recent performances have been at the popular Adrenaline Stadium in Moscow, where SETUP Studio developed and implemented a hi-tech lighting rig, with GLP fixtures as the centrepiece.

SETUP Studio is constantly searching for new creative concepts connecting sound and light.  The team has been collaborating with Solomun for several years and has implemented many unique setups for the DJ. The last two performances at the Adrenaline Stadium were not only notable in the scenic and lighting design worlds, but also became undisputed favorites of the studio itself. 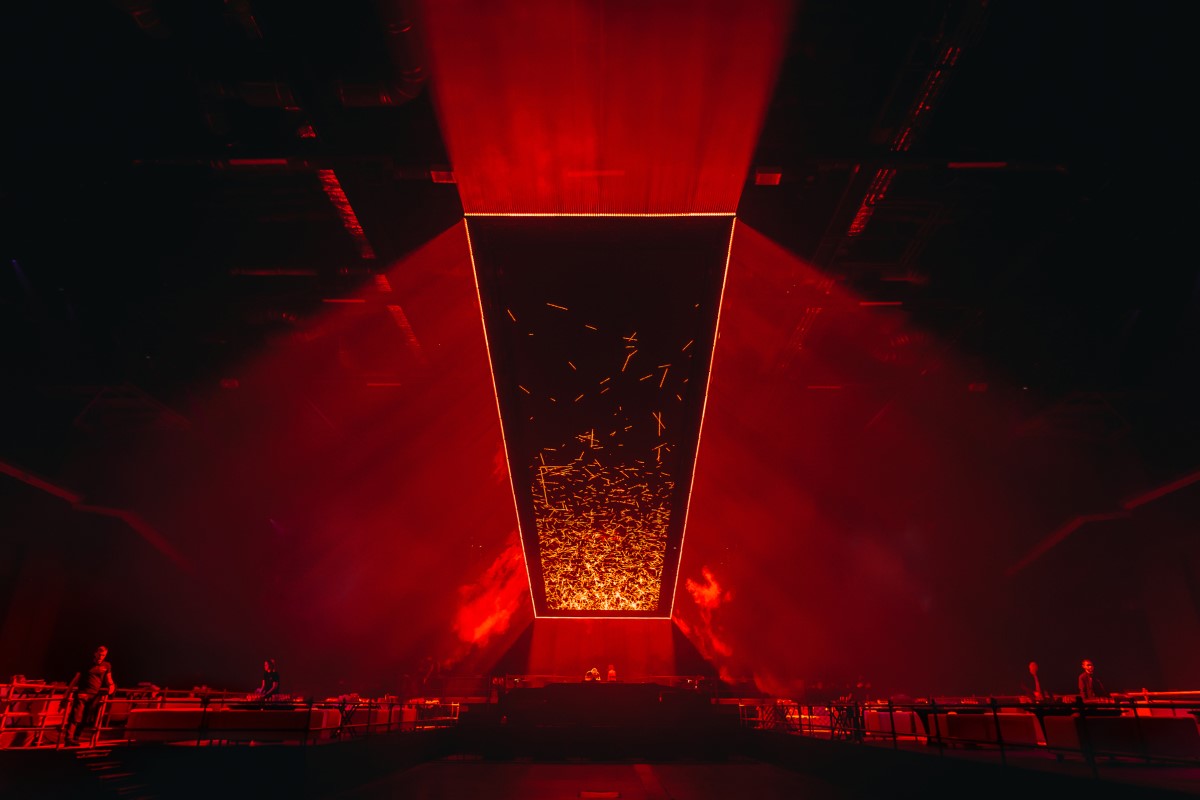 Back in 2018, they had the idea of implementing kinetic winches, but because of the high cost and sophisticated design, this idea was abandoned. In the course of the following discussions, Stepan Novikov, one of the co-founders of the studio, suggested making a long LED-screen plate and placing it strategically so that it is in the direct line of the dance floor. In addition, it was decided to place the plate within a frame consisting of GLP impression X4 Bar 20 fixtures, in order to significantly expand the range of artistic possibilities. 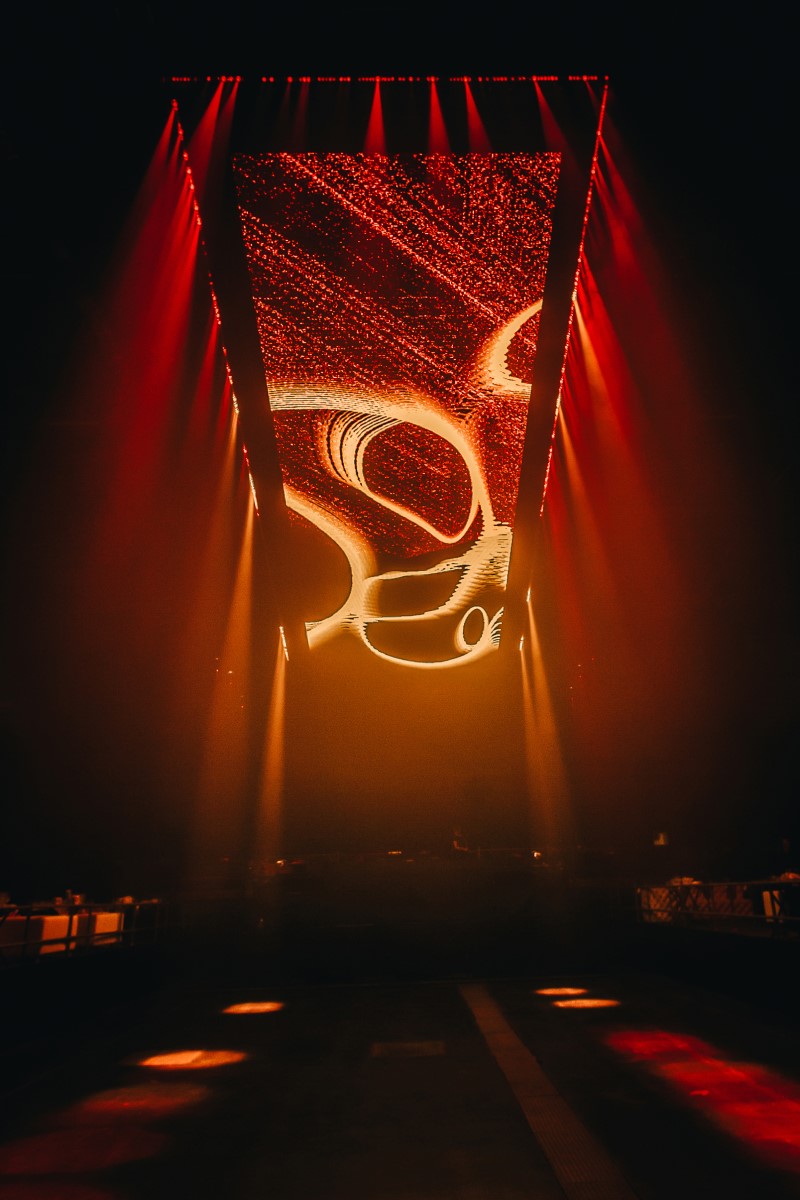 “According to our idea, the same video content would be broadcast both on the screen and via the pixel array of GLP X4 Bars. This enabled us to obtain a very unusual effect: video content from the screen edges ‘fell’ downwards through narrow light rays,” explains SETUP co-founder, Pavel Zmunchila. “The idea was cool, but in order to implement it, it was necessary to consider control very carefully. We assembled everything in Touchdesigner, and used GrandMA2 as a controller.” 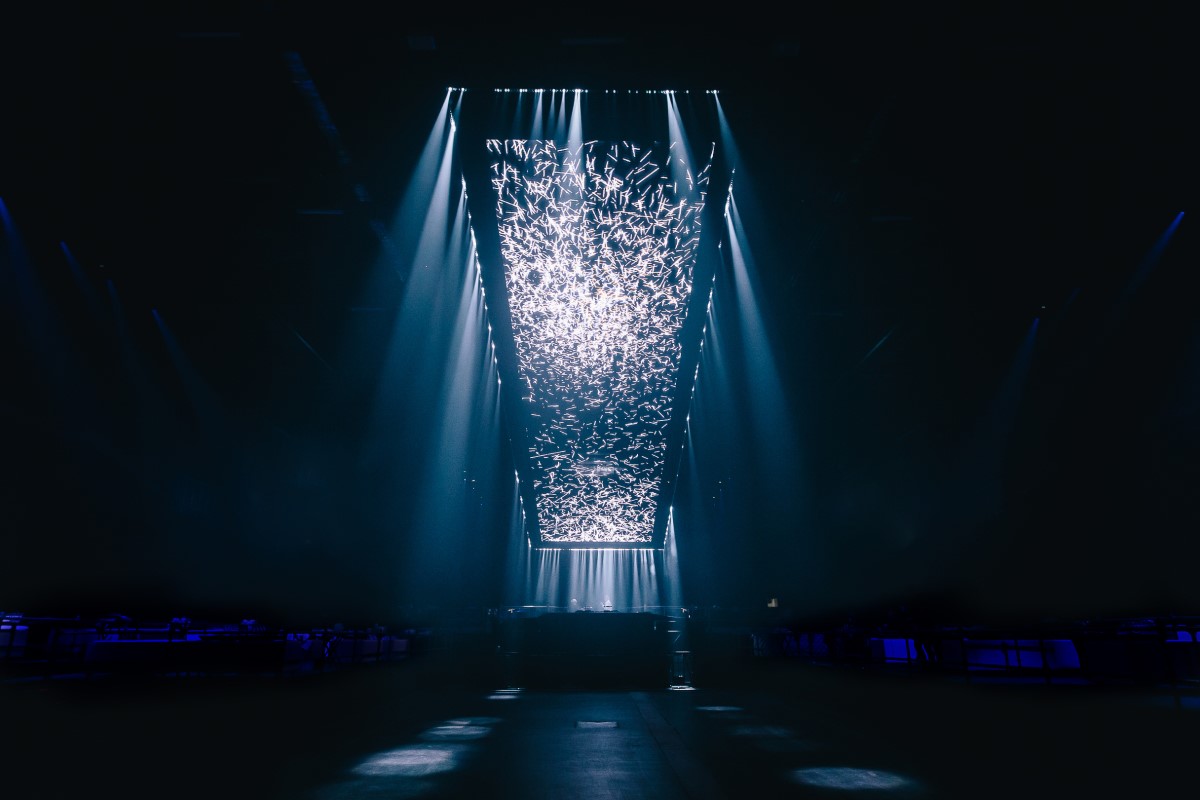 In 2019, just before the start of preparations for Solomun’s performance at the Adrenaline Stadium in December, there was a moment when the venue had just started new negotiations with the performer, and SETUP received the following message from the customer: “I want the same people to handle this work, and everything must look as cool as it was last time.”

SETUP decided to take it a step further and began to rethink the original concept. The diode plate changed its shape: it became square, and a ‘window’ was placed inside it. impression X4 Bar 20 linear battens retained their framed position and were also located in the centre of the LED square. 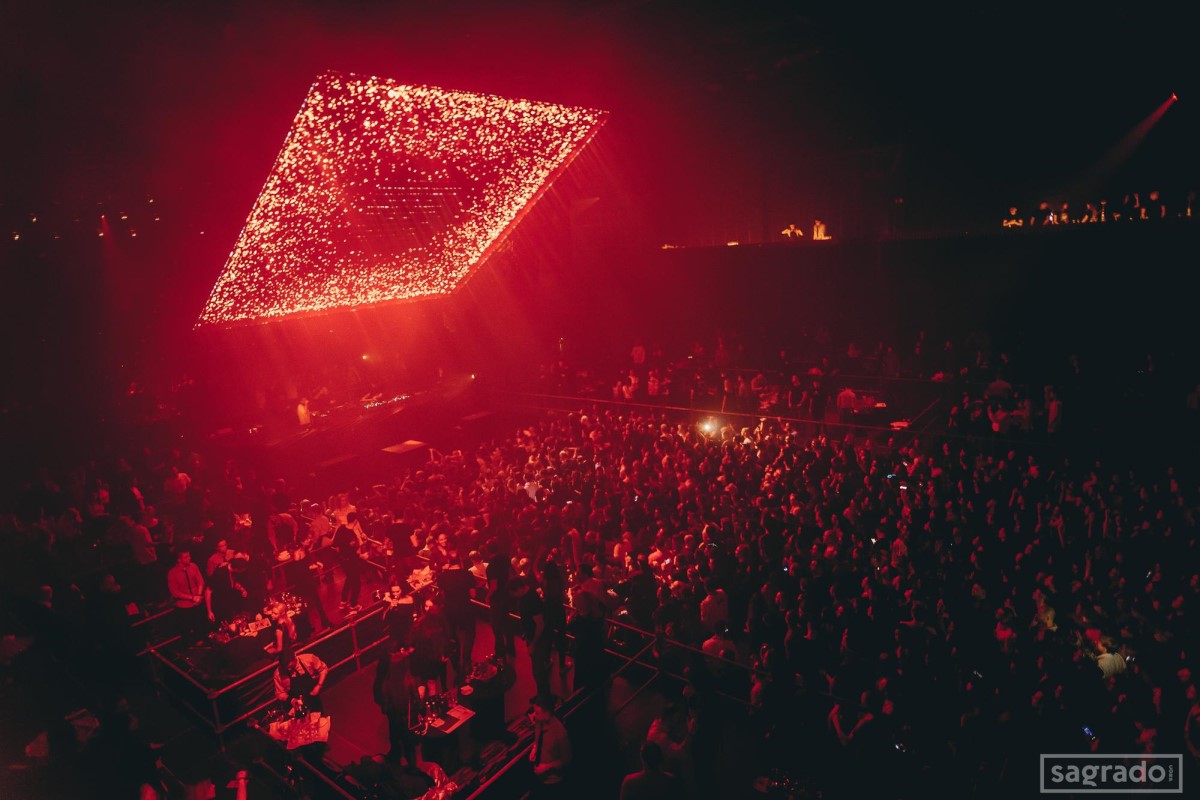 “Architecture offers us many new forms and images that can always be applied. Look at conceptual projects in which the 3D environment guides life processes — all this can be a source of concepts,” says one of the studio’s participants. “We are often inspired by an organized architectural space.”

It is important not only to come up with a concept, but also to ensure its implementation and select the necessary tools. 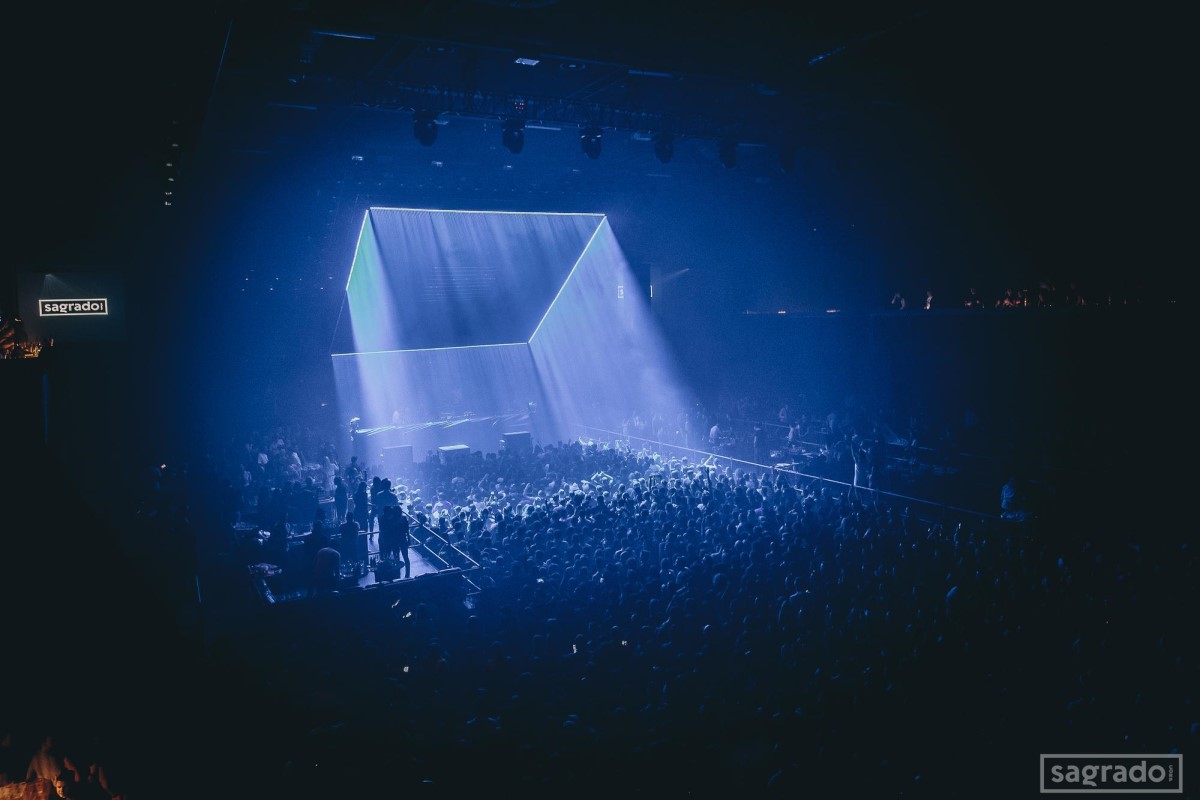 “A while ago we started looking at X4 Bar fixtures for our projects,” recalls Pavel. “This is a great tool, it has everything from start to finish: the possibility of seamless connection, pixel control of LEDs, zoom from narrow to wide, high resolution of control and good color rendering. It seems to us that we have always been familiar with these fixtures, and there was no project where we failed to use them. Later, GLP JDC1 hybrid strobe lights, which we first saw in the Nine Inch Nails setup, were also added to our favorites. 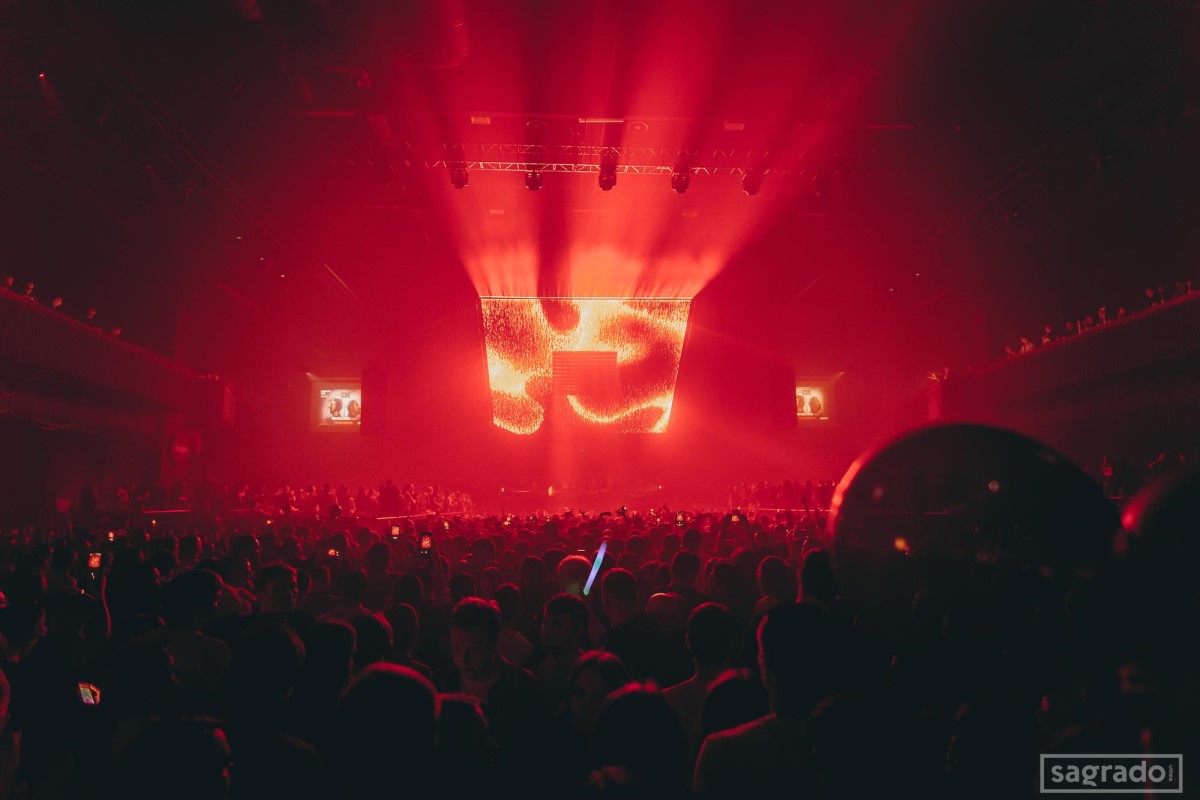 “By the way, for Solomun’s 2018 project we also worked closely with lens pars with zoom—GLP’s X4 atoms. We used them to build a matrix that served as the background of the stage, and they worked perfectly there.” 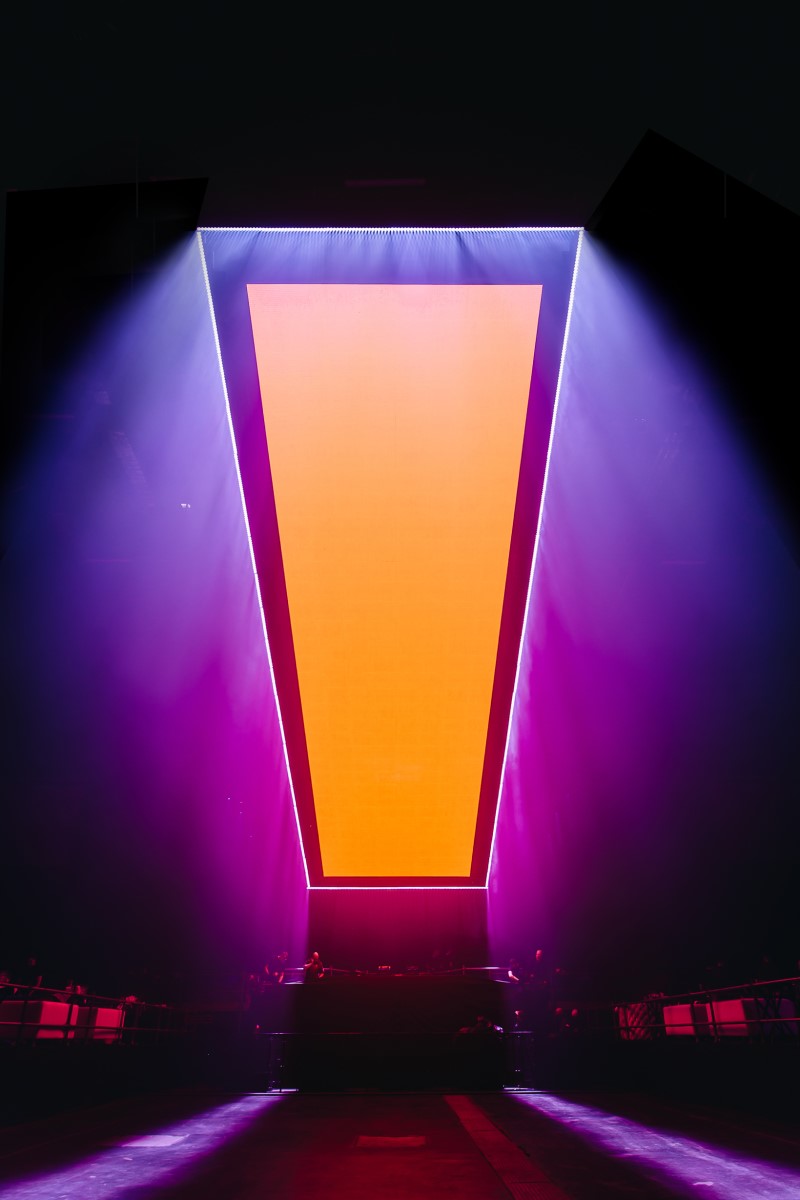 The technical specialists responsible for installation of the fixtures provided an important success factor. “In fact, our concept was 90 percent dependent on installation accuracy, because the frame around the screen had to look like a perfect line, and the matrix inside the ‘window’ as a single canvas. We wanted to get a seamless light tunnel, dropping down from the screen, which meant that even the smallest gaps were unacceptable. 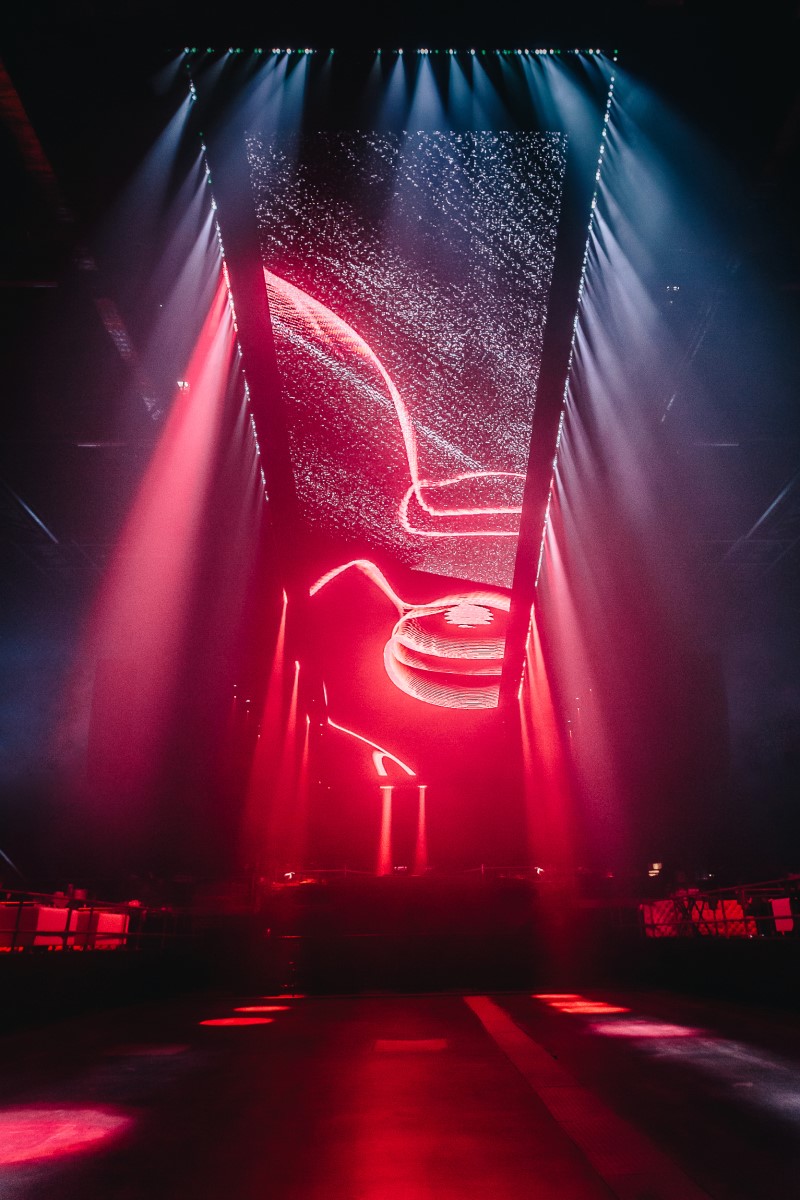 “It is a tribute both to the highly qualified technical contractor—Laser-Kinetics—and the aforementioned guys at SETUP Studio.”