Hudson had first worked on the production back in 2015 when it was at The Curve in Leicester. He had previously collaborated with the director, Luke Sheppard and designer, Tom Rogers on various projects prior to this and we were all put together for that first production. The show was then produced at the Menier Chocolate Factory before transferring to the “beautiful but compact” Ambassadors Theatre. 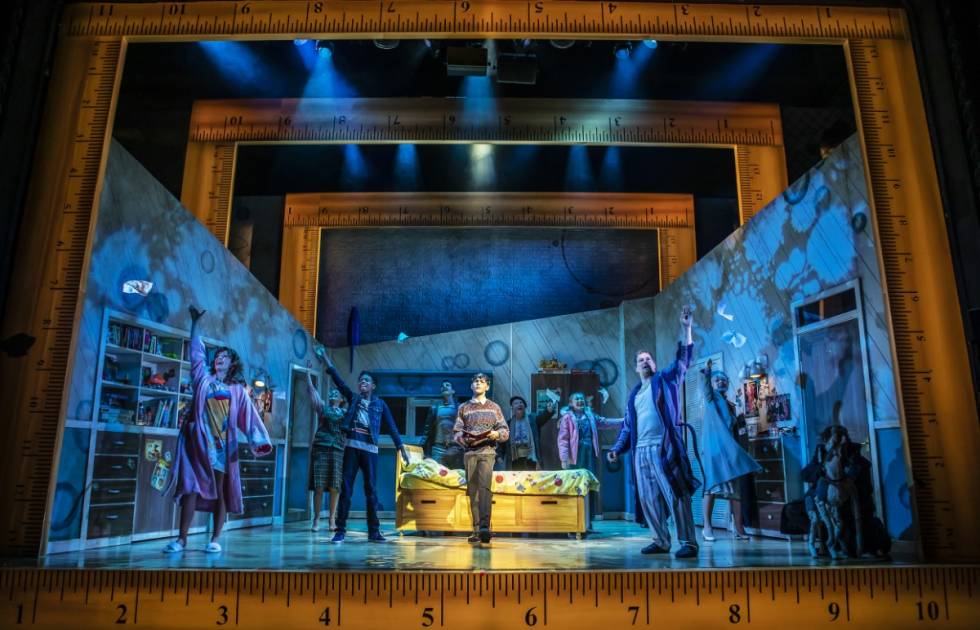 In terms of how the show should be lit, much of the musical is written from Adrian’s point of view, with a lot of his sections of the piece as direct address to the audience. “Therefore, the lighting had to provide the middle ground between more practical location setting, but also to remind the audience that what we are watching is made from his imagination,” states Howard. “So, one of the bolder visual ideas was to use the motif of the ‘inksplot’ to locate scenes and moments, to suggest the action is on a page from his diary with the stage as the page.” He designed the inksplots as four different custom gobos in moving lights overhead. “These helped us lose the bedroom, which is the main set structure, and helped develop a more heightened visual language and structure.” The moving lights also took the role of follow spots.

Hudson has an impressive CV of theatre and operatic shows behind him and has relied on GLP’s X4 and X4S for many of these shows. “They are my trusty LED wash lights, and I have always been impressed with their quality and great color control … plus of course the super successful X4 Bar 20, which has been in many of my rigs over the past couple of years, offering a look with such quality and precision which no other light can come close to.”

On the look out for some new kit for this latest production, he was approached by GLP’s theatre specialist, Jenny Kershaw who introduced him to the X4 RGBY — the idea for which had originally been conceived by another doyen of theatre lighting, Neil Austin, and subsequently developed and manufactured at GLP HQ in Karlsbad. Confirms Kershaw, “The advantage of this light is being able to mix more of the warmer color tones often used in theatre. The combination of the tungsten mix, produced by the yellow/amber LED and the warmer tones look good on the skin. At the same time these fixtures are still able to produce the cooler colors so it seemed like the perfect opportunity to introduce them. it’s a win win all round.”

Howard Hudson had already been aware of the units. “I know Neil [Austin] and remember thinking at the time what a good idea this was,” he exclaimed.

He positioned the purpose designed units at both FOH and over the stage in a ‘set dressing’ capacity. Assessing the fixtures, he says, “I have been super impressed. The RGBY units offer another level in color mixing, providing rich, densely saturated warmer colors but also when mixing the grey blue type of colors, adding depth and further richness for skin. 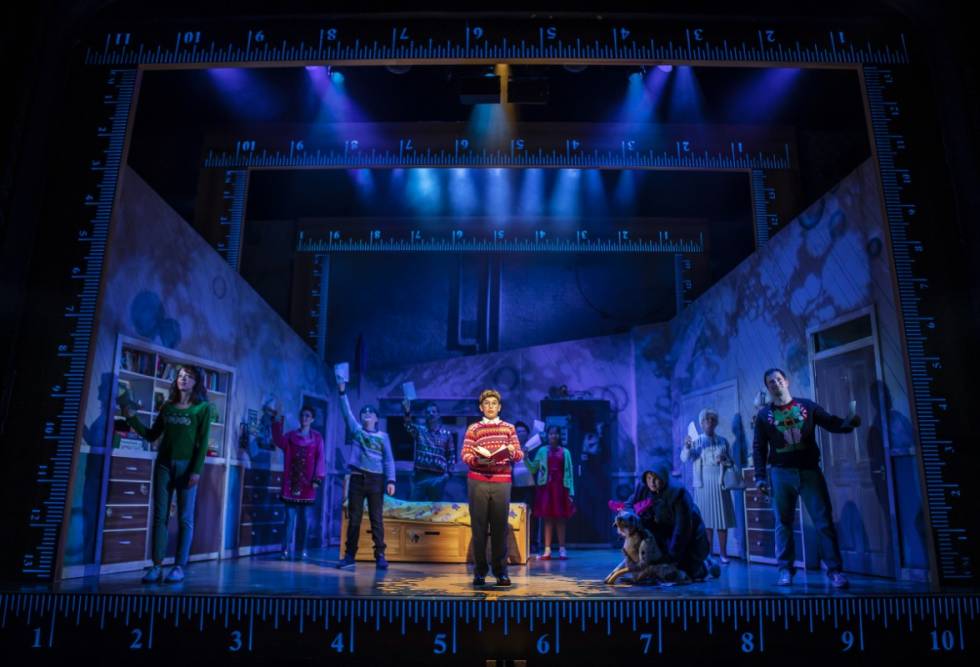 “The two units that work hardest are those rigged at FOH and are often used directly on the company—on faces. We’ve been able to use an LED wash in a way you wouldn’t normally feel confident in doing for the concerns indicated above.”

“Also, the overhead units offer a warmer palette you simply wouldn’t get from any other unit—bar a tungsten wash light or warm LED sourced moving light. There’s a moment in the show when Adrian arrives in Sheffield which is one of the more naturalistic sections of the piece, and the warm lamp lit color world we were able to achieve using the overhead units was fantastic. These lights also felt punchier than the standard X4.”

In summary, Howard Hudson says he is unconditionally impressed, and asked if he would be looking to draw them into more shows in the future, his immediate response is “Yes, absolutely!”