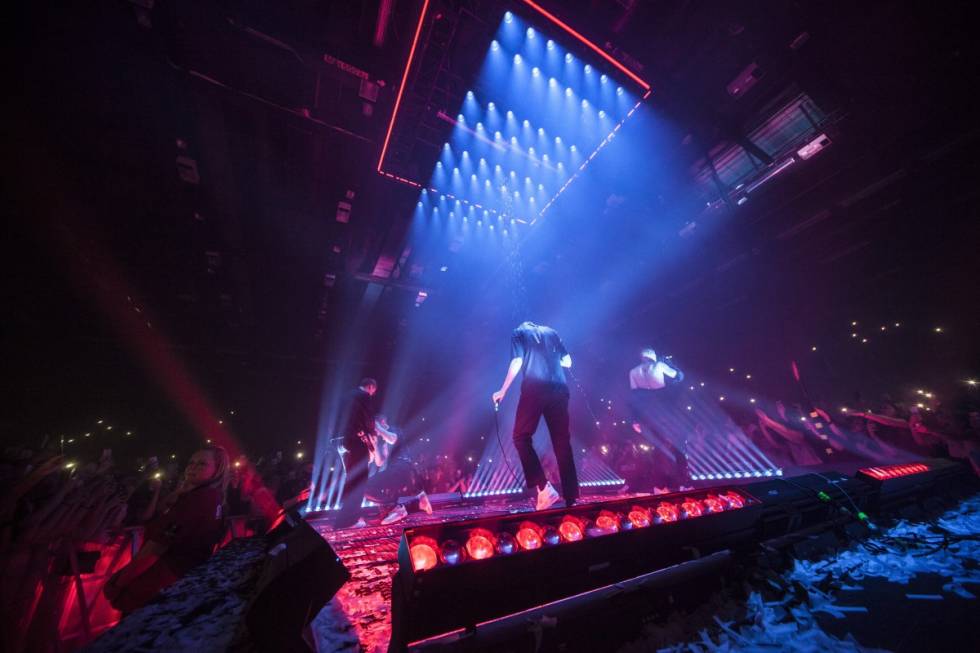 Swedish hip hop group, Hov1 recently played a series of mid-sized domestic venues of around 3,000 capacity on their first Until Next Time production tour.

Jakob Larsson was responsible for the lighting, drawing heavily on industry-leading LED fixtures from GLP — a brand that has been a feature of his toolkit for many years.

Taking advantage of the huge advances in technology the LD was able to requisition 22 of the manufacturer’s ground-breaking JDC1 hybrid strobe from rental company Bright Group Sweden, along with 80 GLP X4 atoms and 24 X Bar 20. 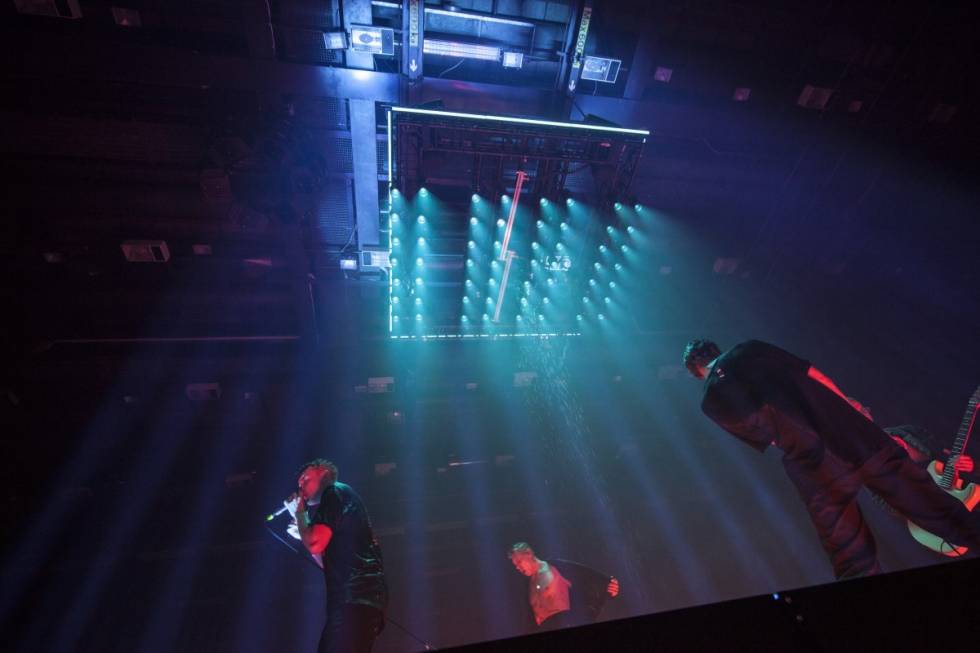 Larsson explained his design concept. “As there are only four people on stage, I needed to create big looks, using light as a décor element as well. We decided to go with a ‘pod’ design and we also decided early in the process that we needed an A-stage and B-stage to bring the show closer to the audience. Along with show director Sacha Jean Baptiste we then had a bunch of creative meetings, along with the band, to put together the show.”

The JDC1 features in the upstage pod on low trim height with three rows of JDC1 with seven fixtures in each row. The atoms were placed as a side light creating beams onstage, but mainly they were used in a square over the B-stage. “These created awesome matrix effects,” he said. “That idea turned out really great.” Finally, all the Bars were placed on the floor on the downstage edge of the A-stage, and all around the B-stage to enhance the square shape. 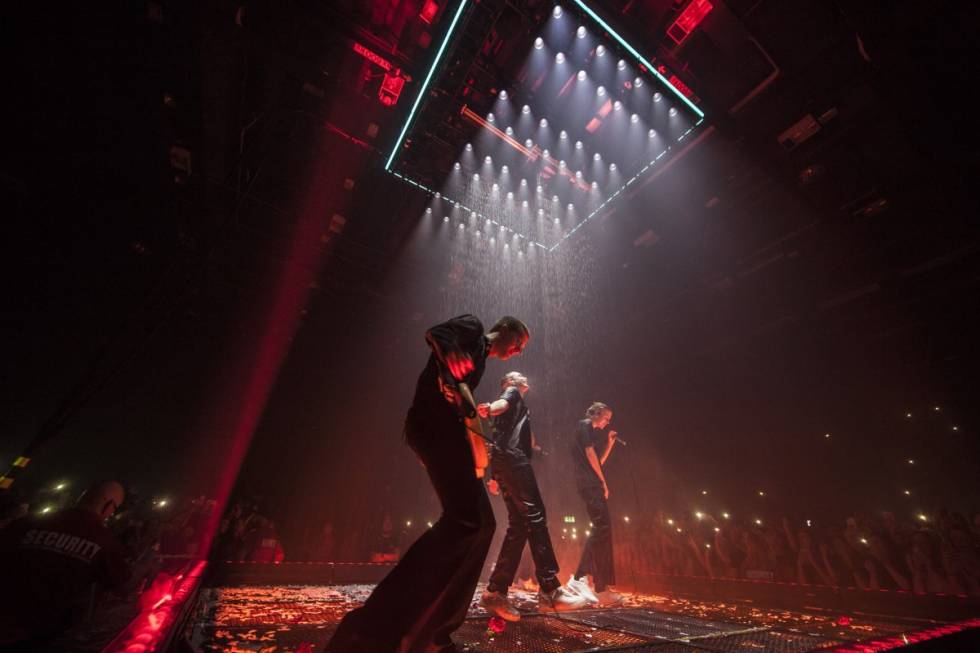 He added that his first deployment of JDC1 in a touring show had been a major success. “The idea was to create a bright wall of strobes and frankly there is no alternative to this fixture with the same features in the market.

“The X4 atom was incorporated in the design to create bright LED beams in large quantities. And as I knew there were a lot of these fixtures available in Sweden, it was the perfect choice.”

And he was even more effusive about the X4 Bar 20. “This is a fixture I want in all my shows and designs regardless of the project. It’s an incredibly versatile fixture that can be used in so many ways. In this project it was used as uplights on the downstage edge. These fixtures were actually the only front light in the show. The X4 Bars were also used to build walls of lights around the B-stage. This worked brilliantly thanks to the bright output and big zoom range.” 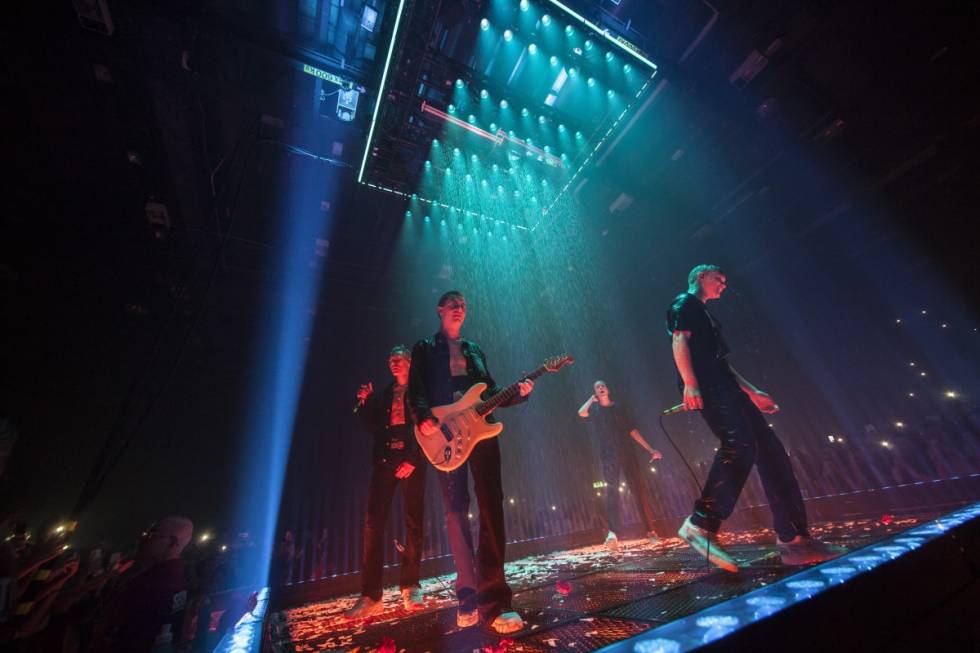 This summer Jakob Larsson will be working the Festival season with an array of artists, including Sabina Ddbuma, Rebecca & Fiona, Norlie & KKV, Daniel Adams Ray … as well as Hov1. “I will again use GLP products in all of the productions, mainly X4 Bars and JDC1,” he promises.

Finally, he credits Daniel Rüdén from GLP Nordic for his assistance in sourcing the fixtures and providing general support.