GLP’s Market Leading Hybrids Out In Force On Mayday 2018 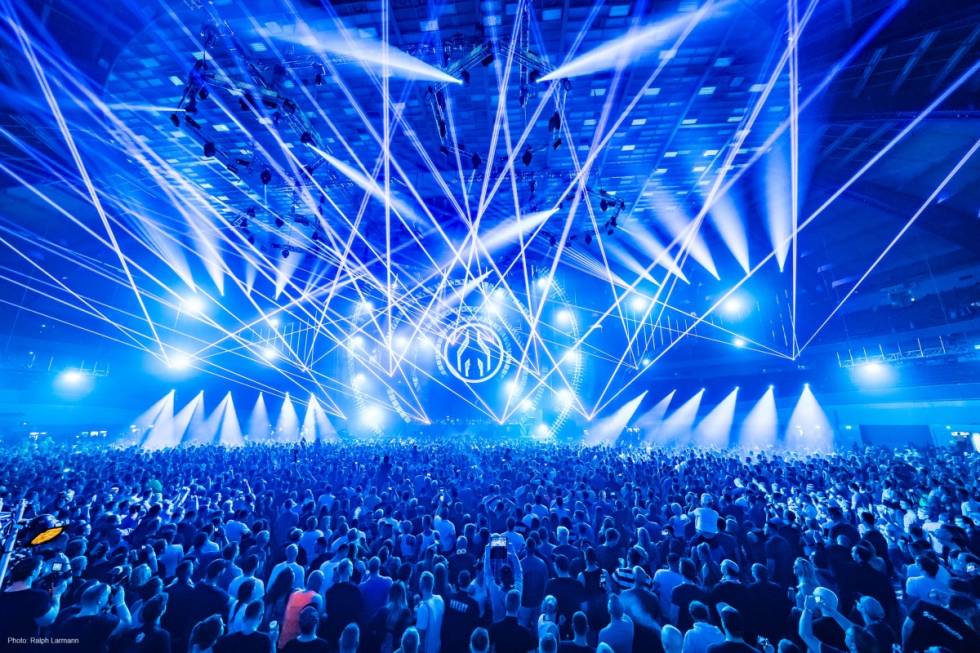 With 35 acts performing across three floors over a duration of 14 hours to around 18,000 dance aficionados, the traditional Mayday EDM event in Dortmund followed a familiar theme.

But for LD Thomas Gerdon, who has provided production design for five of the last seven events, the only important aspect was that a radical change, relocating the stage from the end of the hall to the long side of the rectangular room, gave him a massive 24 meters wide performance area to light. This he accomplished with well over 200 cutting-edge fixtures from GLP — predominantly GT-1 and JDC-1 hybrids — but also around 36 of the powerful impression X4 XL. This huge inventory was provided or sourced by Wiesbaden-based schoko pro GmbH. 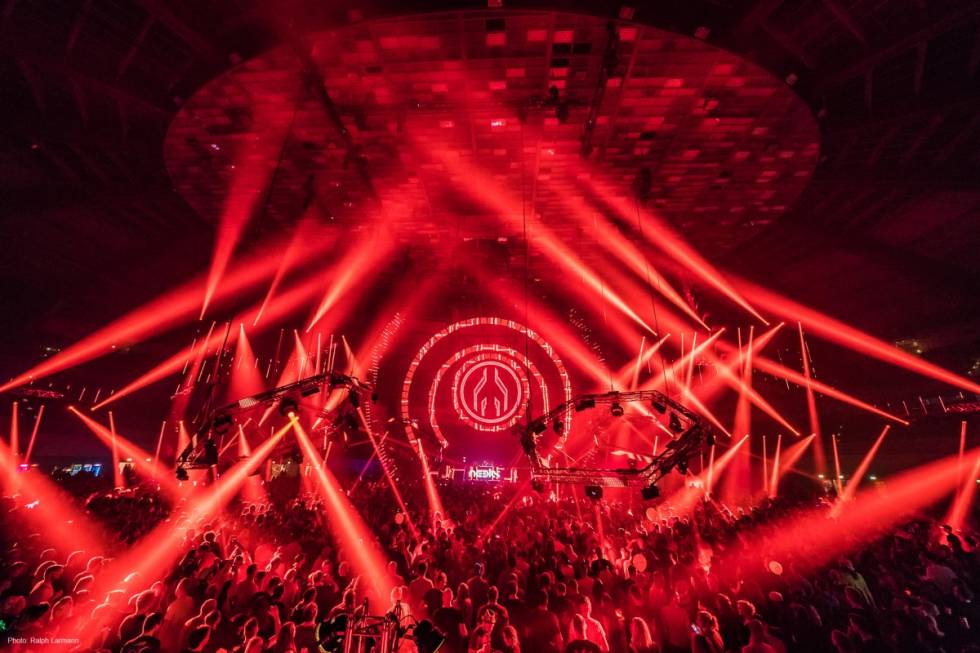 This year Gerdon lit not only the main Arena stage but also the second Empire stage for promoters, I-Motion GmbH— commending their CEO Oliver Vordemvenne for his vision in endorsing the new stage position in his quest to keep the event fresh. “It gave us a totally new perspective and instead of placing lights over the audience, I could have them engage more closely with the lighting on stage.”

With a blank canvas, he said, “It totally changed the way we designed the event, which we adapted to focus on the Mayday logo as the key visual and transport the graphic into the lighting design.” 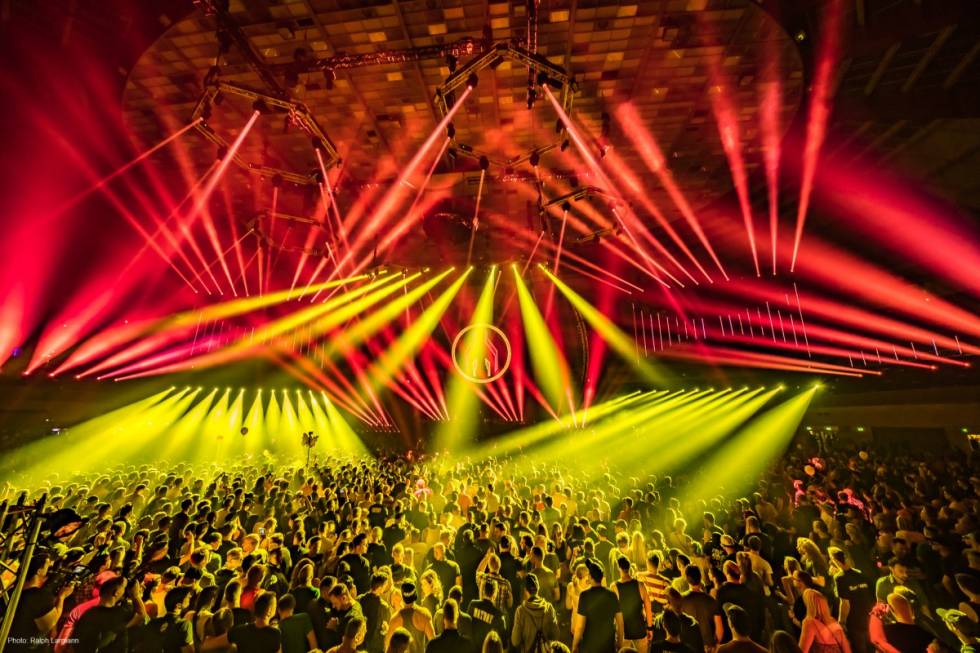 The designer relied heavily on the GLP catalogue to populate the giant 40-meter rig, both for the economy of being able to use versatile hybrid fixtures as well as performance reliability over such an arduous duty cycle.

“It was clear I would be using a lot of GLP equipment from the outset,” he said. “It is important to be cost efficient, so a hybrid fixture is very attractive. The GT-1 is a genuine hybrid with low weight, and having no base is a real plus.”

He continued, “It’s no accident that GLP fixtures are now so highly in demand. Of all the manufacturers, they listen closely to the needs of the market and are able to transfer this to develop fixtures that make sense, at the right price points.” 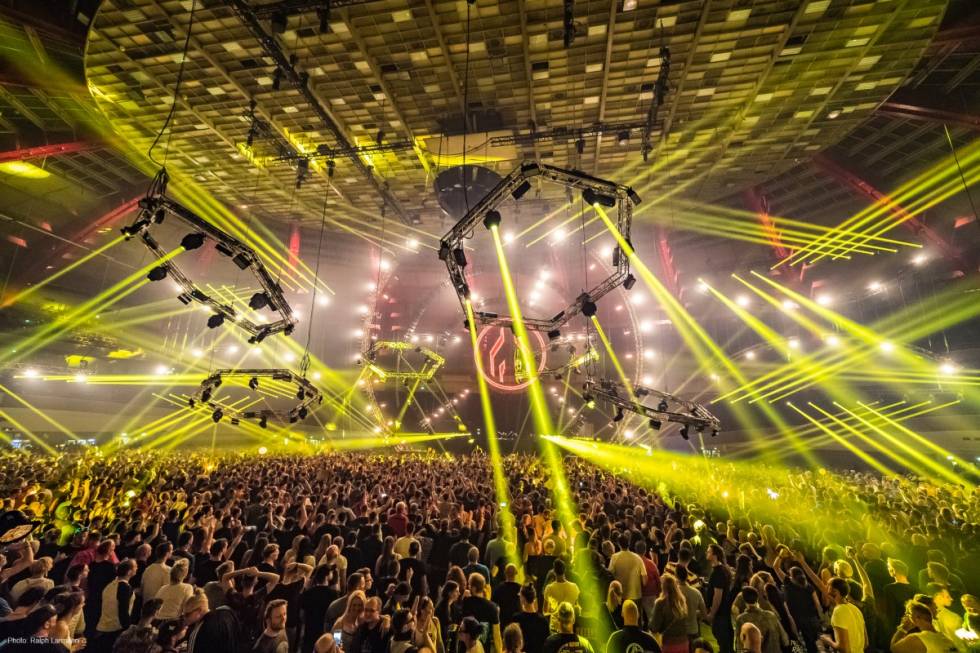 To the roster of 116 x GT-1 hybrids deployed Gerdon added almost 100 x JDC1 strobes. “A proper strobe is something you must have on any EDM event. I saw the JDC1 for the first time at Prolight+Sound 2017 and was convinced it would become the standard LED strobe and I have been proved correct.

“It works almost like an old-fashioned xenon tube, delivering bright flashes. But the most important aspect is the focus and combined with its tilt you can light any situation. The other plusses are the RGB LED patterns and the fact that it has a much wider angle. Combined with the strobe tube you have a powerful RGB flood and using 86-channel mode you can produce some fancy FX and deliver nice chases. No fixture could do this before the JDC1.” 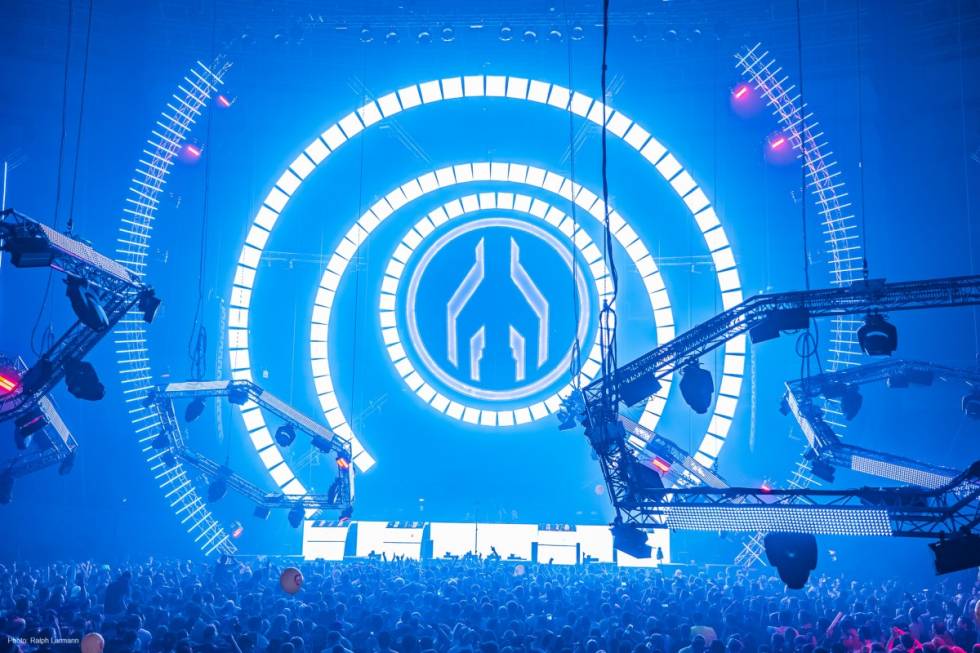 Finally, the X4 XL heads were used to light the large red beams in the roof structure. “I wanted to underline the specific architecture of the venue and integrate it into the lighting design. We lit each beam individually and it achieved exactly what I wanted to achieve.”

Gerdon’s art was certainly not lost on the public or production team, and the lighting director was as sensitive to the performers’ needs as to the audience’s. “We tried to give each DJ their own individual look and feel. For example, we had Neelix playing aggressive music so we made cooler colors and made the lighting more edgy while with the two female DJs we tried to add warmer colors.” 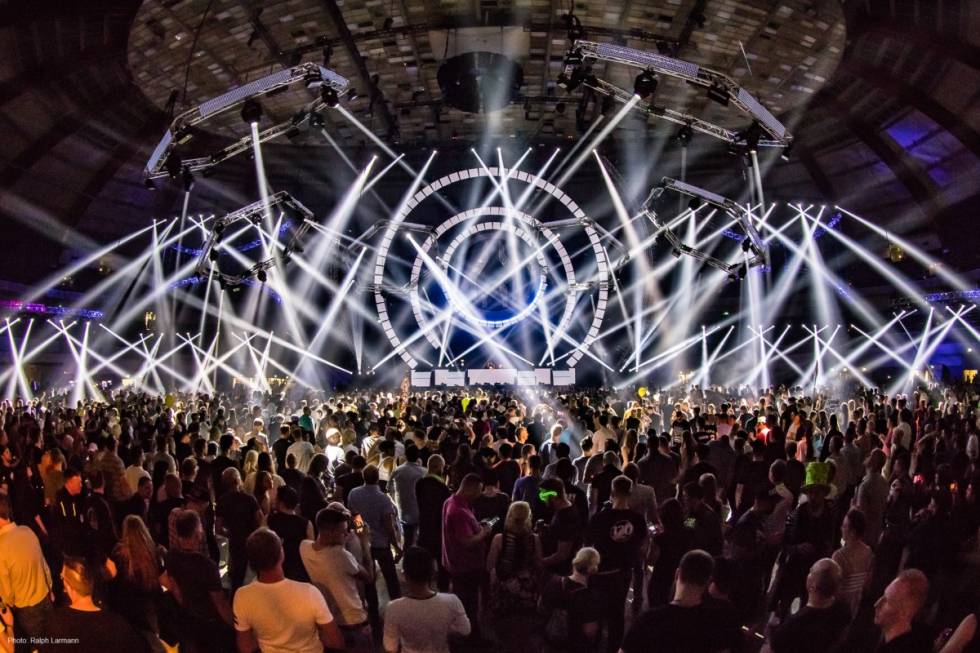 The show also owed much to the pre-prep in Gerdon Design’s studio, for which GLP provided a JDC1. Here, lighting director Rando Lorenz, was able to programme the show, assisted by Christopher Rostalski, while media server operators were Marek Papke and Markus Neubauer.

Several DJs and production managers, Florian Mahl and Ingo Böder, expressed their appreciation, the latter describing the show as “another step forward”. Finally, the feedback on Facebook from the audience was extremely positive. “It’s rare you get comments about the lighting, and this was very rewarding,” Thomas concluded.