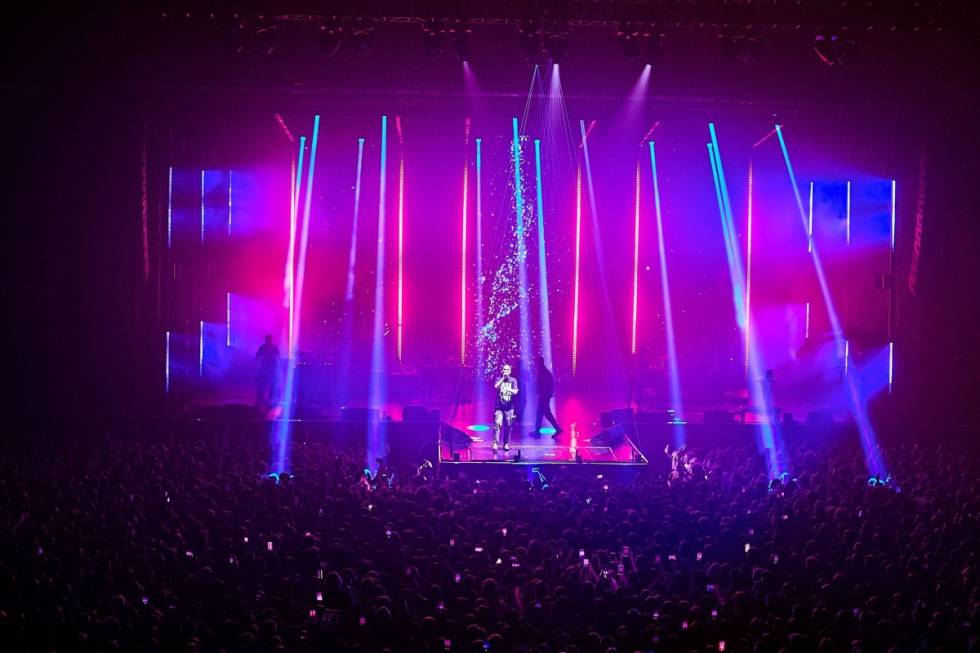 FEDUK, a young Russian hip-hop singer, recently wowed fans at Moscow’s Adrenaline Stadium, presenting his new concert programme, ‘One Love’, (in support of the artist’s new album). FEDUK prepared a number of surprises, including a completely new visual show that was developed and implemented by Alexey Zhuravlev and Anton Orlov, lighting designers from gst.moscow, who took full advantage of the creative potential of GLP’s award-winning LED fixtures.

The creative team had been invited onto the project by Dmitry Yakovlevsky, the concert producer. Right from the outset all three men had reached a common understanding of the visual component, and the main concept of the show. They merely had to further refine their concept in order to implement it on stage. 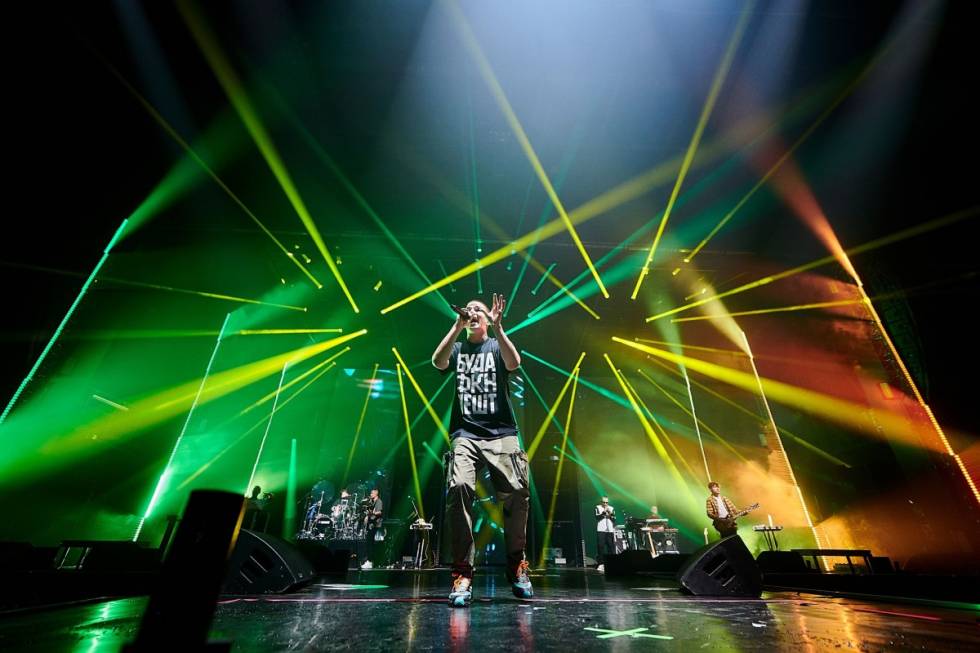 The centrepiece of the scenography consisted of three vertical screens, visually extended by the powerful array of lighting above.

Anton Orlov explains the underlying concept: “We developed a shape to flow from bottom to top, in order to frame the stage and thus create a single mediaspace.” 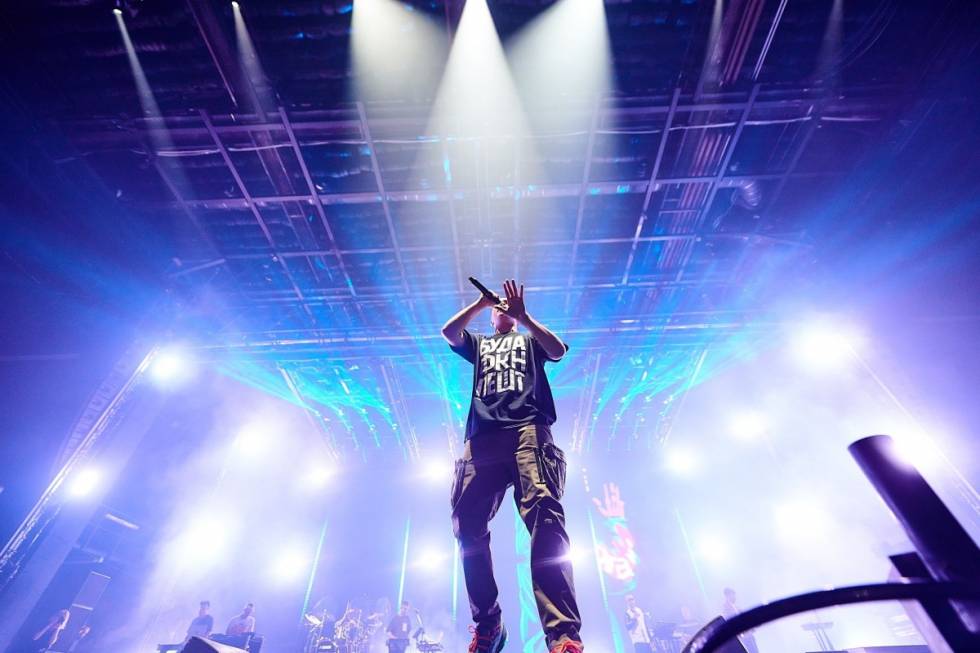 To create the arraying of light on stage, he turned to GLP’s popular JDC1 hybrid strobes, and impression X4 Bar 20’s.

“I haven’t been working in the industry for too long, and I first saw the GLP equipment live about a year ago,” Anton admits. “I was really impressed by the possibilities and brightness of the JDC1. Today, I turn to fixtures by GLP in more than half the ideas and concepts I develop for events.” 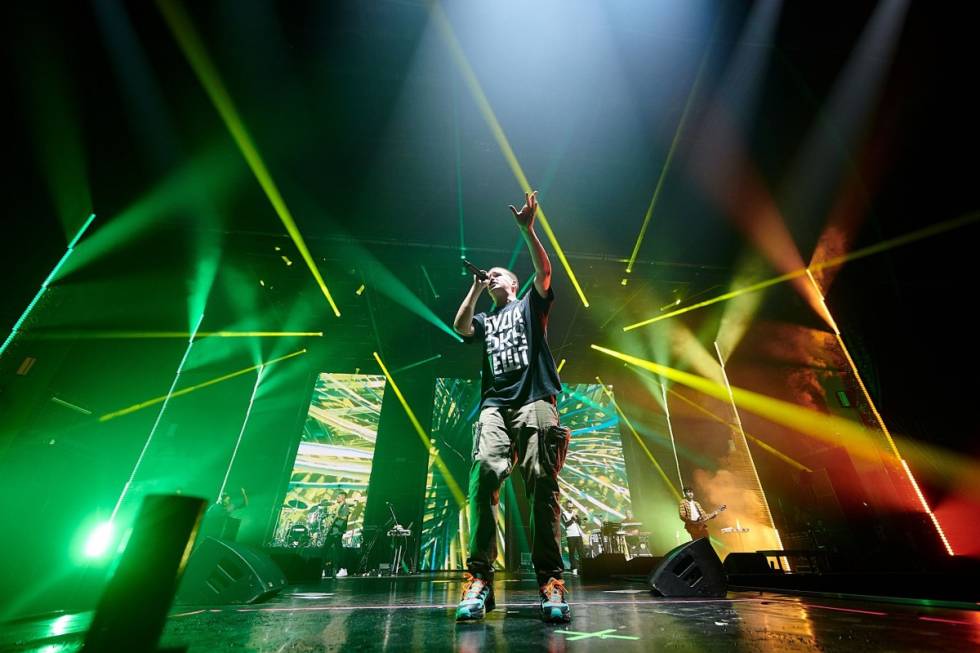 At FEDUK’s show, six vertical columns were decorated with 48 impression X4 Bar 20’s that were placed on both sides of the stage.

“I really like this fixture,” states Anton. “It is one of the best possible solutions for creating geometric shapes. I really appreciate their flexibility: the fixture can be used as a beam light, with narrow zoom, or to make mid-air effects using various motions or pixels; it can also be used as a wash light or to create lines of light. Besides, the fixtures have an entirely seamless connection system allowing them to create continuous lines of light.” 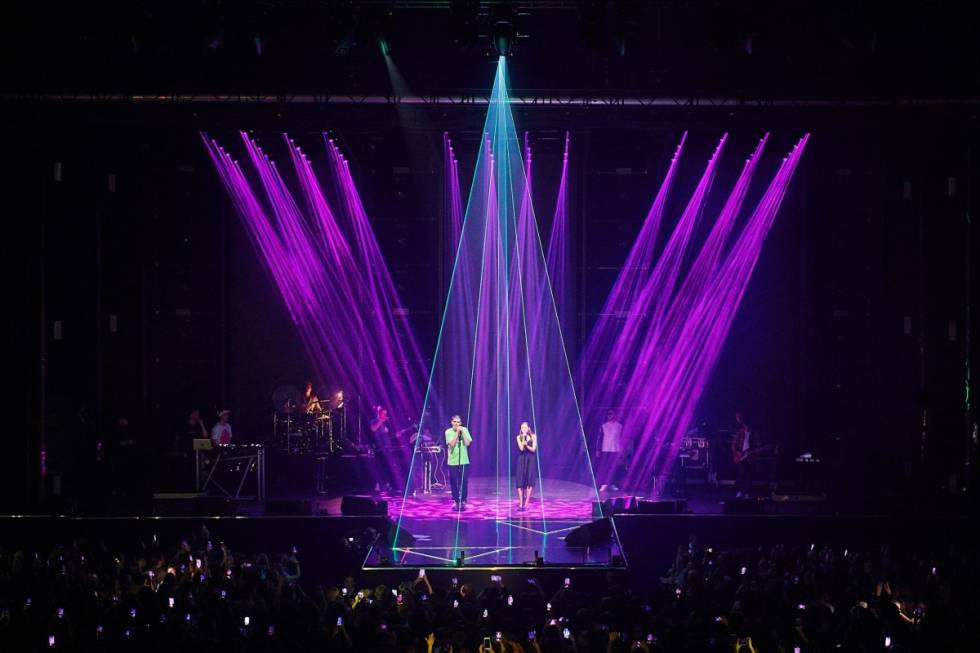 In particular, the lighting designer likes the fixture’s optical characteristics: “the X4 Bar 20 has an impressive level of brightness, and the colors are just great!”

The JDC1’s also proved to be very useful in creating the bright flowing shape on stage, allowing a rounded wall of light to be elaborated, while the fixtures themselves performed several functions, acting as a blinder, wash light and stroboscope. 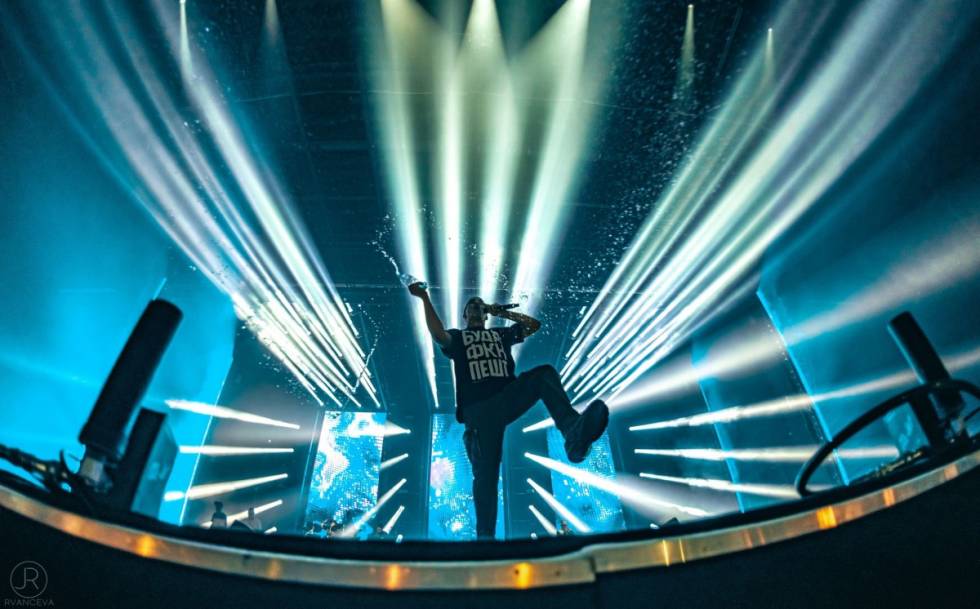 “Combining two sources of light in a single fixture is a very good idea,” Anton continues “On the one hand, it has a background RGB LED panel that can be used to make washes and effects, and, on the other hand, I have a powerful strobe at my fingertips.”

Another key differentiator, according to Anton, is the extremely useful tilt function. “While generally speaking I don’t see any practical reason for moving the JDC1’s while strobing, having a tilt function is extremely useful, as there are moments in the show when one needs to change the direction of the strobe. It’s great that the JDC1 provides such a possibility!” 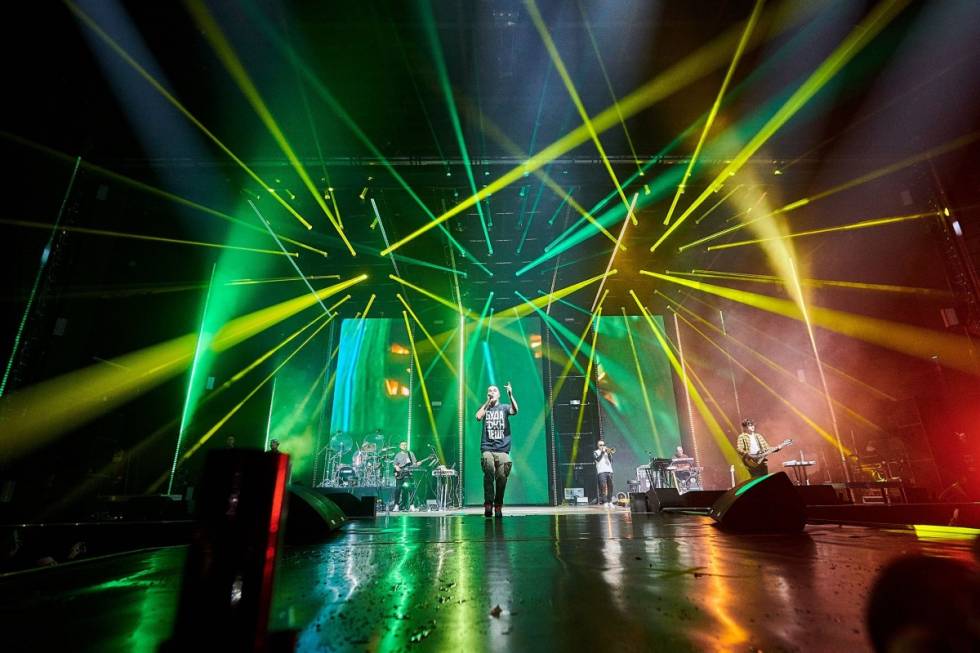 Summing up, Anton notes that he regularly uses JDC1’s and impression X4 Bars in his work, but there is another GLP solution that he would like to try in the near future.

“X4 atom seems an interesting solution to me. Its compact design and a lot of various accessories allow different shapes to be created, and the potential for experimentation. Another great plus is the provision of the zoom, while the fixture exterior itself is very attractive.” 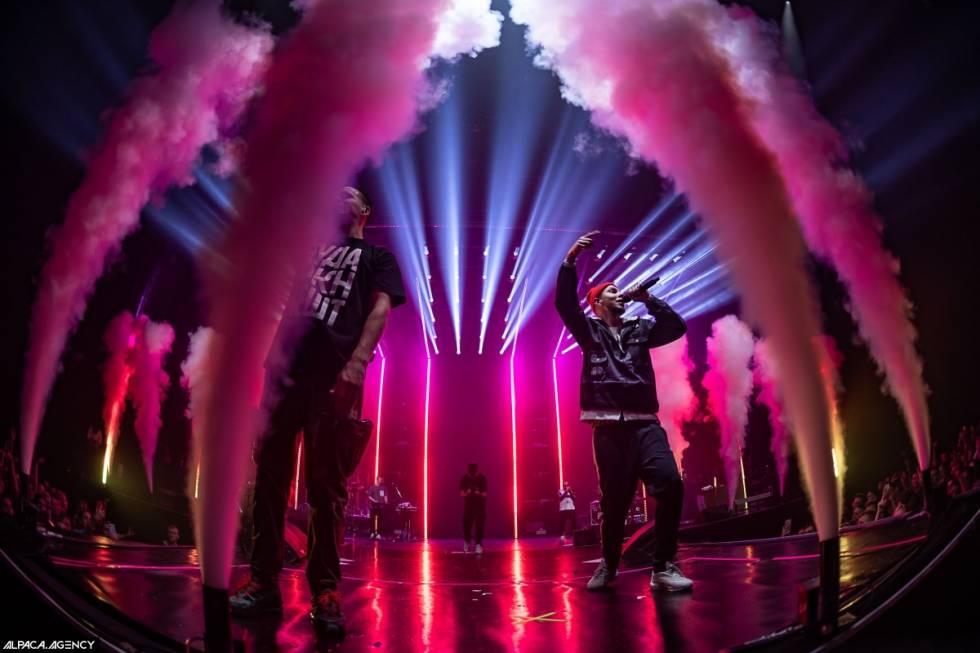 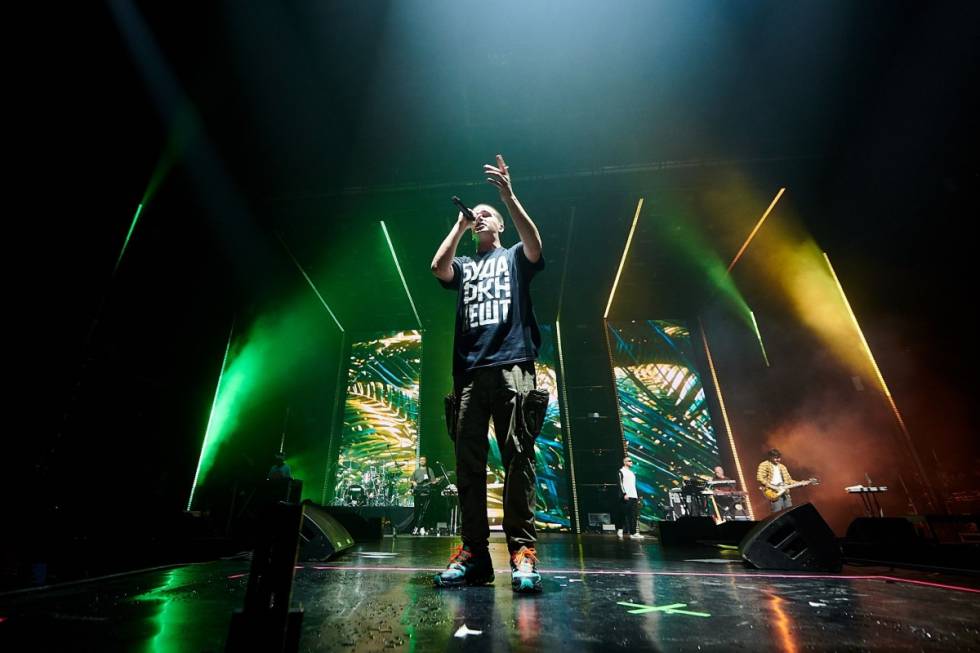