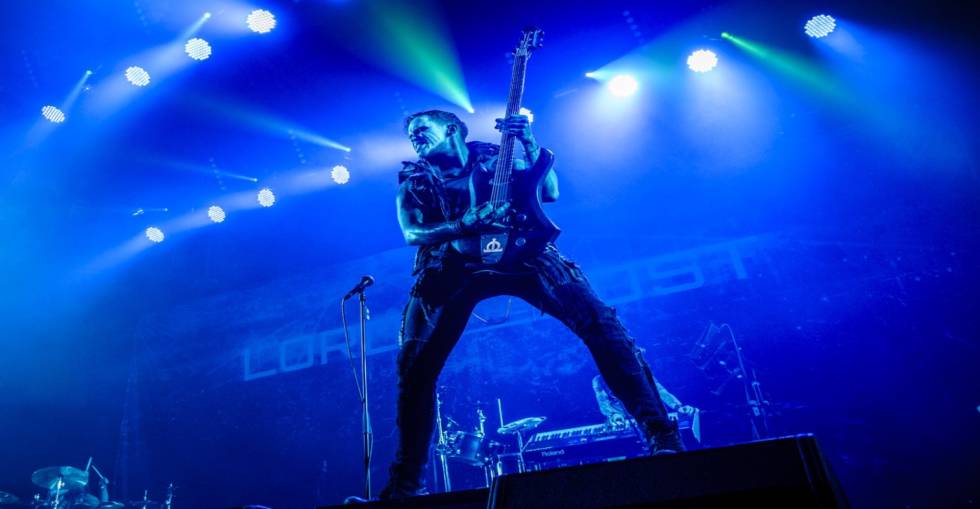 Ahead of the Sturmfahrt tour to promote their new album, hardcore fans of Eisbrecher (Icebreaker) flocked to their own festival under the name Volle Kraft Voraus (‘Full Force Ahead).  Billed as “Eisbrecher and Friends” the band invited artists like Lord of the Lost, Combichrist as well as And She Came into the Ratiopharm Arena in Neu-Ulm to join them for the occasion. 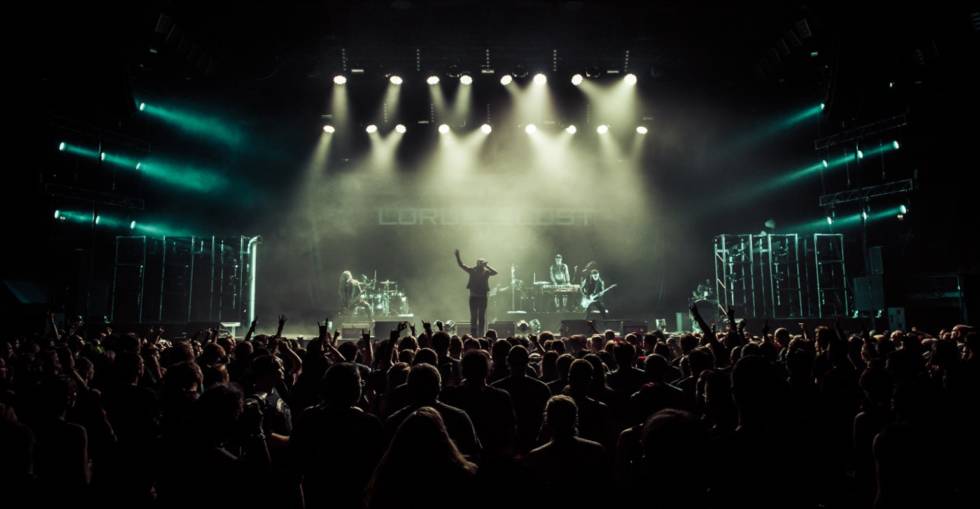 Rain Age were technical service provider for the high-profile event, while LD Martin Heining is also one of the long-time associates of Eisbrecher. “I’ve been supporting them for a long time and am responsible for the set and lighting design as well as for the special effects at the shows,” he reports. “It was only logical to work together with them on this festival as well.” In fact, it is becoming almost a full-time job for Heining, because the upcoming Sturmfahrt tour and his commitment to VNV Nation will occupy almost his entire time in the coming months.

At the Volle Kraft Voraus Festival Martin Heining faced a very special challenge. “On the one hand, I wanted to translate the set of Eisbrecher as authentically as possible into a festival design. On the other hand, all other bands should also have the opportunity to present themselves in the best possible manner.” This was only possible with a clear line in the design. “You can not become too complex with such little time for programming, but you need to create a lighting design that quickly produces a result,” he explained. 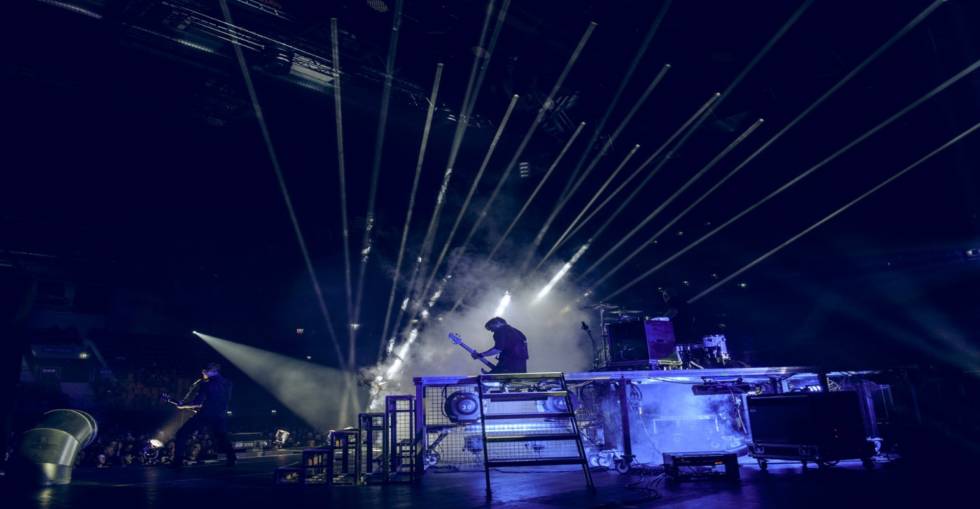 At least as important for Heining is the reliability and flexibility of the fixtures — which led him very quickly to the catalogue of GLP. At the heart of his design at the Ratiopharm Arena was a total of 18 GT-1, 25 Impression X4 XL and 70 Impression X4 Atoms. “I can always rely on GLP’s support and performance,” he enthuses. “For customer support, Dejan Hajdukovic [GLP Sales], always has an open ear for our concerns and supports us quickly and in an uncomplicated fashion,” he praises. After that, it comes down to the performance of the fixtures themselves. “The output is simply so powerful — and that applies to both the new GT-1 and the impression X4 XL. These are the perfect working instruments, they have been fully tested, accepted by the industry and are reliable. The GT-1 makes a fantastic beam and is super-light and compact,” he appraises. 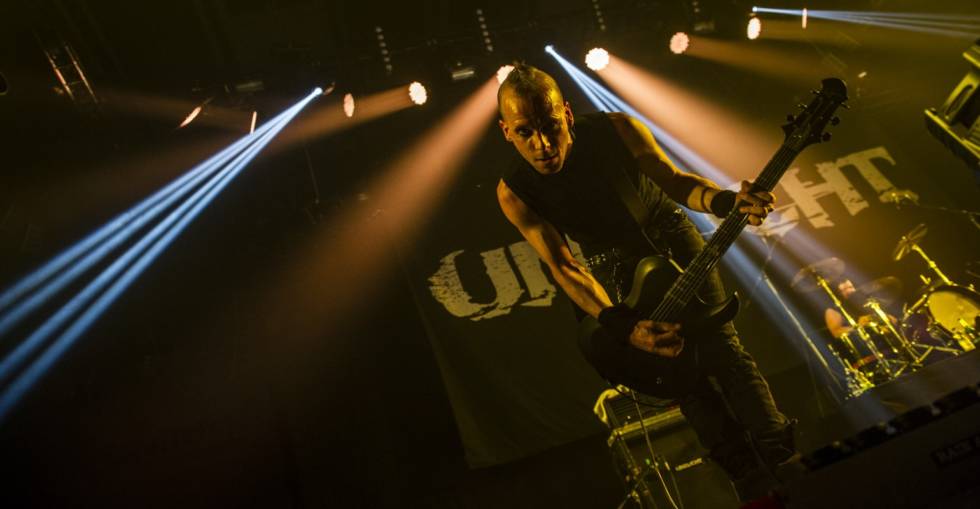 And although Eisbrecher’s upcoming tour is already being prepared at Rain Age, Martin Heining is also taking care of other upcoming events. These include a classical open-air event and other events that are still top secret. What he can reveal, however, is his preferred spotlights for all these missions. “It’s GLP of course …”. That much is already clear. 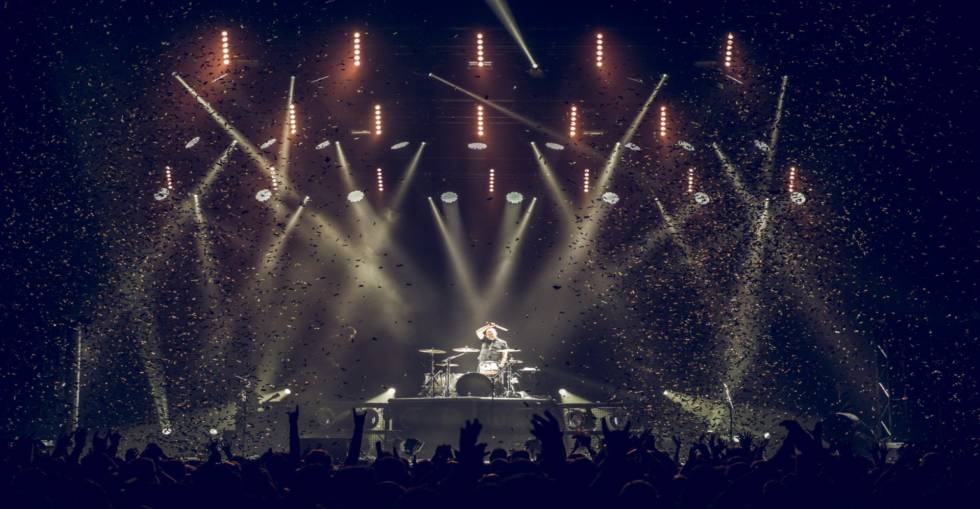