GLP Asia-Pacific has sold 26 of the company’s impression X4 L LED heads, all fitted with the company’s new top hats, to the National Theater of South Korea. 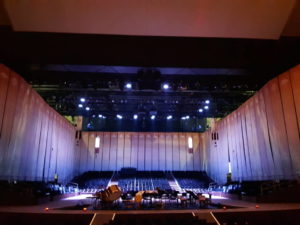 The fixtures will be deployed on different shows within the theatre complex, initially Madangnori Nolbo (the latest in the popular Madangnori series) which runs until March in the Haeoreum Grand Theater. 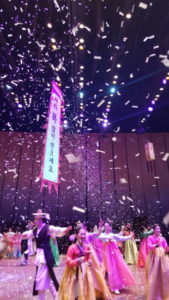 Handling the sale were dealers SN Lighting, who were approached when the theatre wanted to upgrade its lighting rig. A tender was issued and the impression X4 L was chosen over other industry-leading fixtures, due to its advanced specifications.

However, the deal clincher was the beam shaper and top hat, which was a vital part of the specification, according to GLP’s Søren Storm, who is in charge of Asia and Pacific Sales. 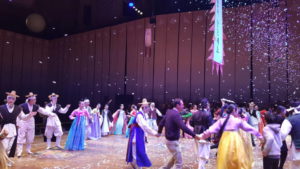 He confirmed that SN Lighting was the company’s newly appointed dealer in South Korea. “They have a full GLP demo room and have already undertaken product training,” he said. “The National was their first major project with GLP and the sale was extremely important in terms of penetrating the theatre segment.

“On the basis of this we are anticipating a successful year ahead with SN Lighting.”