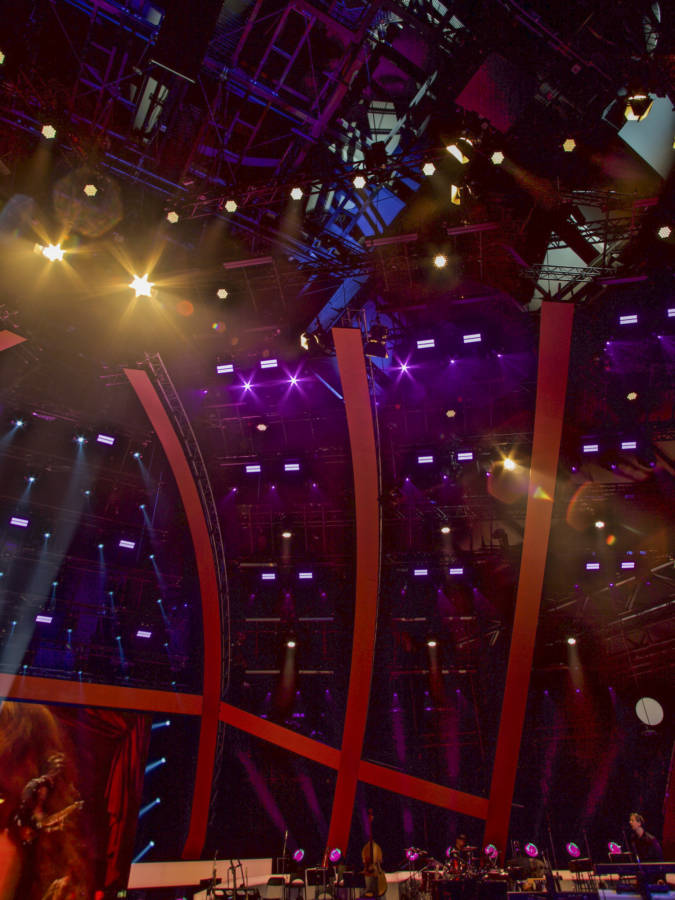 When pop icon Nena celebrated her 40th stage anniversary, the radio and TV host Thomas Gottschalk led a constant stream of top international stars coming and going to honor the occasion. Peter Maffay, Gianna Nannini, Wolfgang Niedecken von Bap and Dieter Meier of YELLO were among the illustrious guests along with other well-wishers like Sasha, Samy Deluxe, Frida Gold or The Boss Hoss. Even Dave Steward insisted on passing by for a duet.

Impressively staged, the event was set in the round in Hamburg’s Mehr! Theatre. For the occasion lighting designer, Manuel da Costa, was commissioned by Herr! Media, a production company which specializes in music production.

Manuel and Nena have known each other and worked together for many years. For example, the lighting designer and the musician collaborated closely on the format The Voice Of Germany. “But over the years I have also worked with many of the guests and artists who appeared during the evening,” notes Manuel. “That is something that happens naturally over the years.”

As a fitting setting for the evening, set designer Jürgen Hassler let himself be inspired by the architecture of the Mehr! Theatre. Consequently, he felt the event should be big, stately and resembling a cathedral. “The evening was to be a mixture of gala, concert and unplugged music and I wanted to pick up on all these elements in my lighting design,” said Manuel, setting out his concept. “It was not that simple, because as beautiful and inspiring as the location was, there were so many factors that made it difficult to implement.” In fact, the hall only houses two static, loadable beams on which all suspension points, trusses and other loads have to be set. “For the rigger, that meant a lot of groundwork,” he recalled. 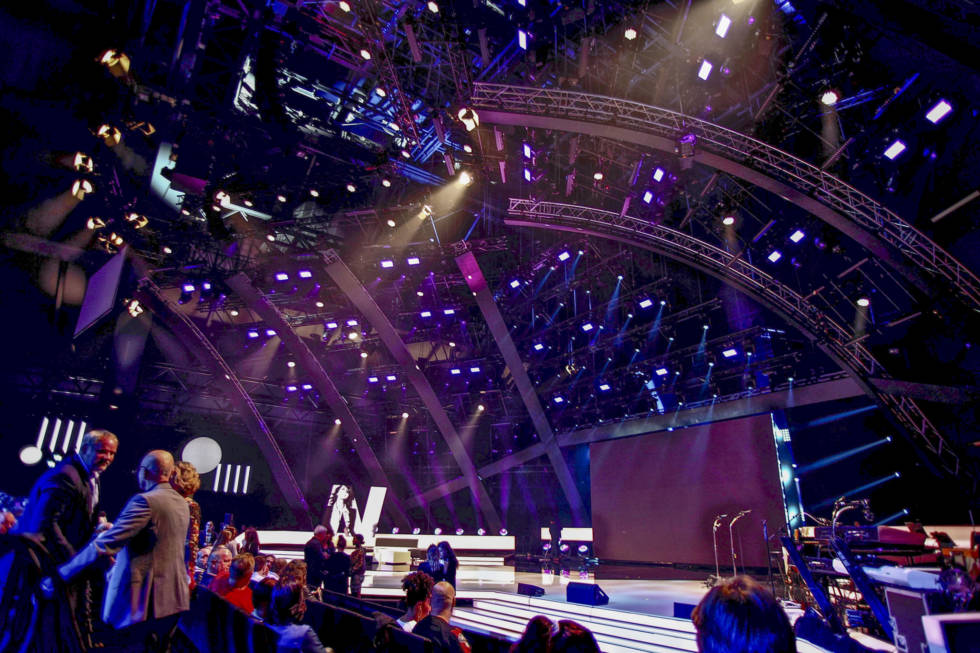 However, the selection of the correct lighting for the event simplified things he said. “Fixtures from GLP have always been our first choice,” explains Manuel. “In the TV sector, they are almost indispensable. For example, the impression X4 (of which 77 were used in this production) is compact, light, bright and is both a wash and effect light in one. In addition to that, the impression series luminaires are wonderfully slim and inconspicuous in the camera shot due to the absence of a base,” continues the lighting designer. “The impression X4 can even be used as a white light, if necessary, so these lamps are really universal.” 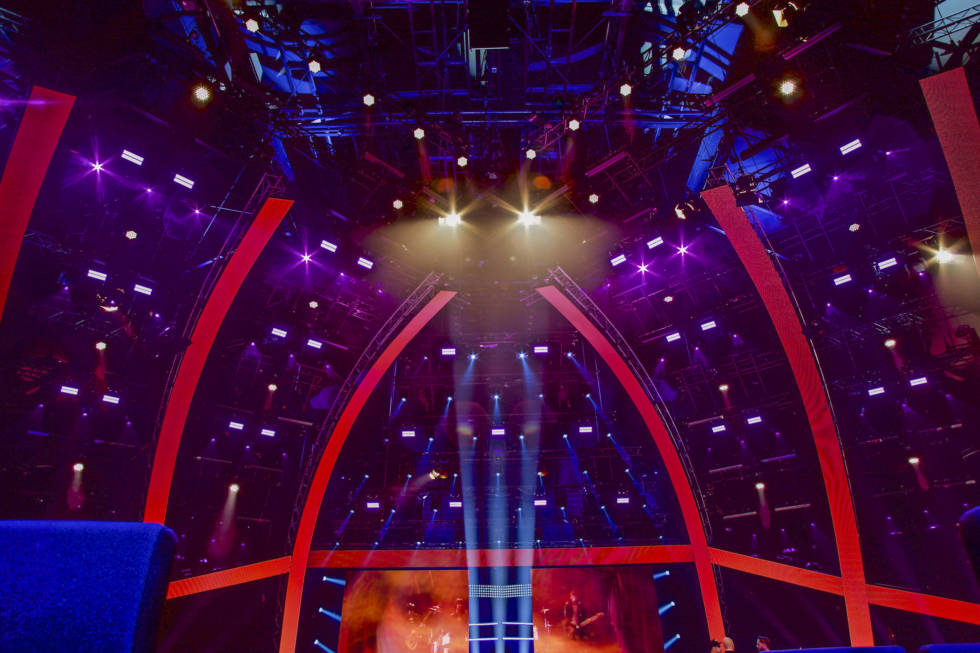 New in the portfolio for Manuel da Costa, however, are the JDC1 hybrid strobes. “I still needed something to make a real difference, an eyecatcher for the camera image — and the idea with the movable strobe was very convenient. Initially, I was really impressed by the punch of this strobe, but then I started to do more with these lamps. The combo of super bright strobe, RGB tiles above and below and the movement effects is the real kicker. At one moment a vibrant strobe, at the next moment filigree lighting effects in the middle of a homogenous color surface. As for the contrast, which can be built up between the gleaming white in the middle and the tiles, I have not had such a versatile lamp in my hand for a long time.” In fact, he ordered 44 pieces of the new hybrid strobes for this production. 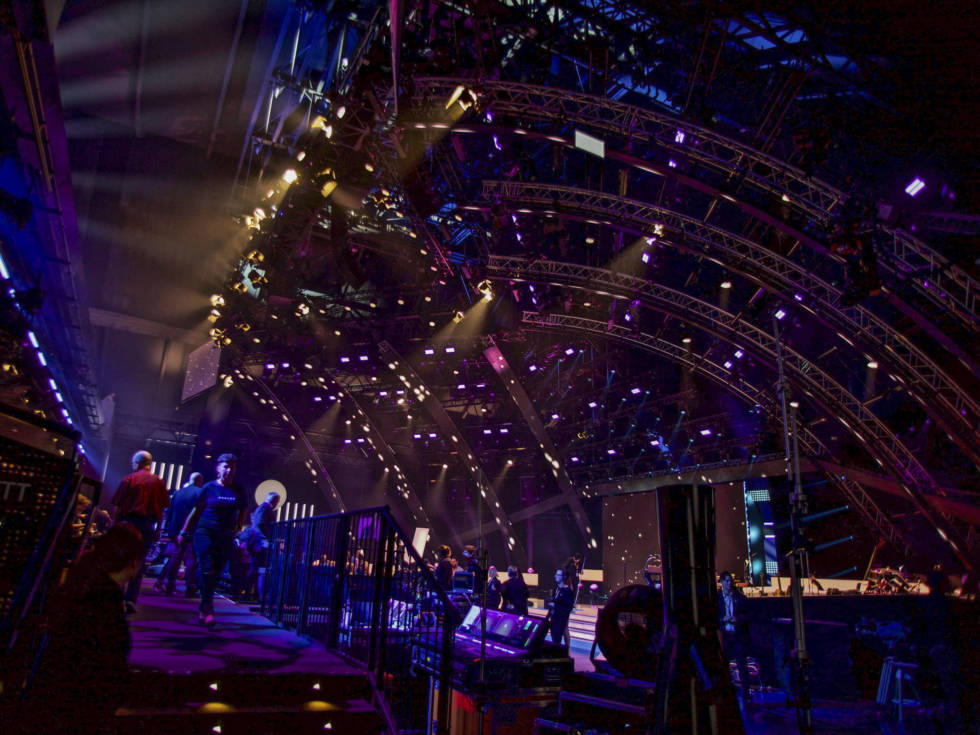 After the recording, which took place in September this year, all involved were visibly satisfied. “The team of gaffer Dennis Muhl, Jonas König, who was responsible for the design and moving lights and Tillmann Schulz on the white light (all components from the company mdc licht.gestalten.) went in ‘blind’ but worked intuitively and did a fantastic job. The preliminary planning was done by Christoph Dahm in cooperation with PRG and Hassler Made. Many thanks to PRG, who once again provided perfect support, and GLP once again delivered 100% reliability and great lamps. “

Manuel da Costa and his team will be looking for more of the same in 2018, with more new lamps from GLP.