Sinclair & Co Unleash The Power Of 300 GLP Fixtures At Coachella 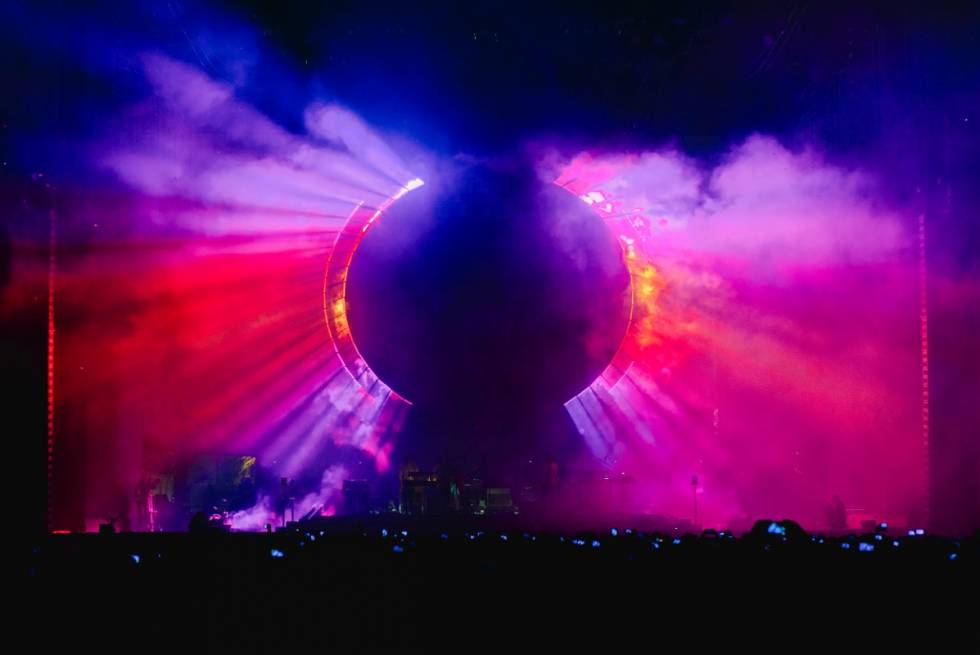 Headlining on the Saturday night, at the annual extravaganza held in Indio, CA, the big occasion gave innovative lighting designer Rob Sinclair and his technical team full reign to unleash over 300 GLP fixtures on the set, all supplied by Christie Lites. 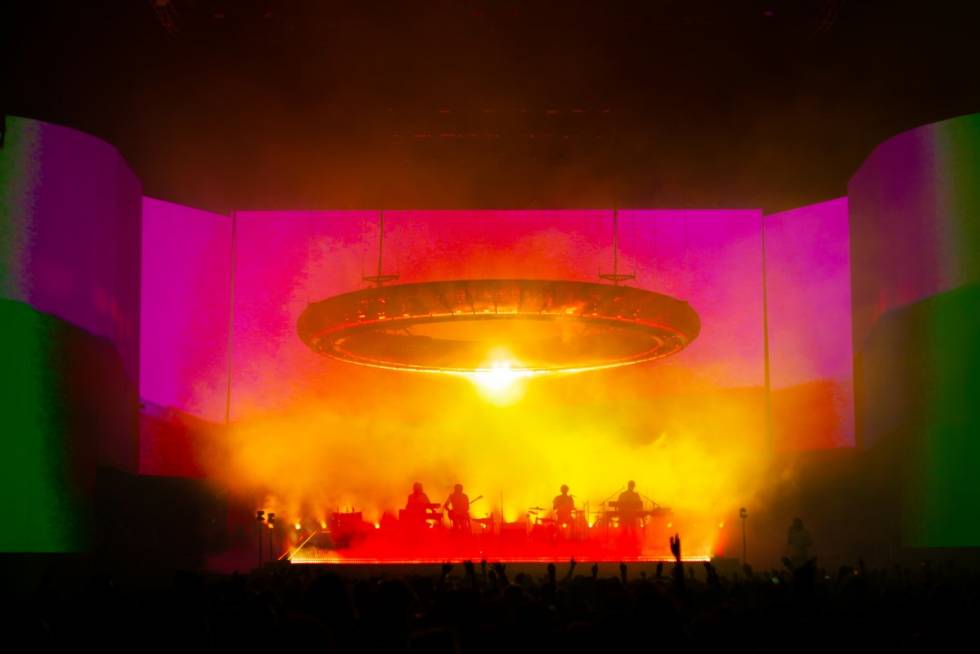 The LD had been brought into the Tame Impala family back in 2017 by creative director, Willo Perron. “The band wanted a super precise show,” he remembers, describing the set today as “a modern take on 60’s psychedelia, which hopefully really messes with people’s heads.”

Among the GLP fixtures were no fewer than 250 impression X4 Bars (in a mix of Bar 10s and longer Bar 20 battens) — a deployment that really enhanced the psychedelic mood. 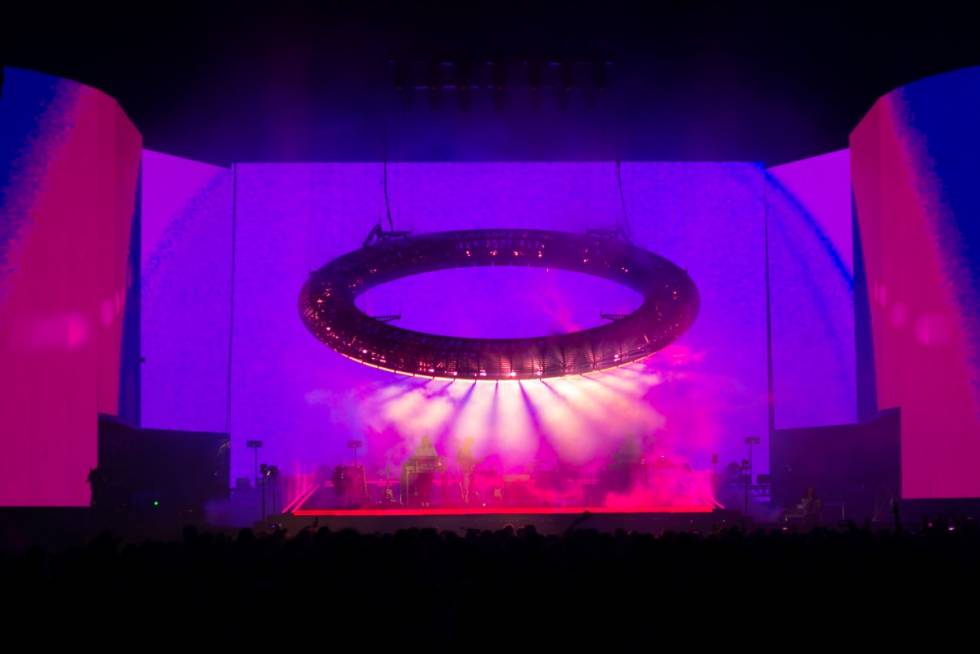 The design was “an adaptation of the touring rig, but with some iconic statement pieces purpose designed for Coachella,” he explained, “It’s all about gradients, swirling colors and complex intensity chases. We needed to be able to make these gradients with everything available so the color depth was important. The locking together of the X4 Bars was also essential, and I don’t think we could have used anything else [other than the X4 Bars].”

The X4 Bar 20’s were positioned on the floor and in towers and the Bar 10’s are situated inside the ring, in order to make the segments of the overhead ring smaller. 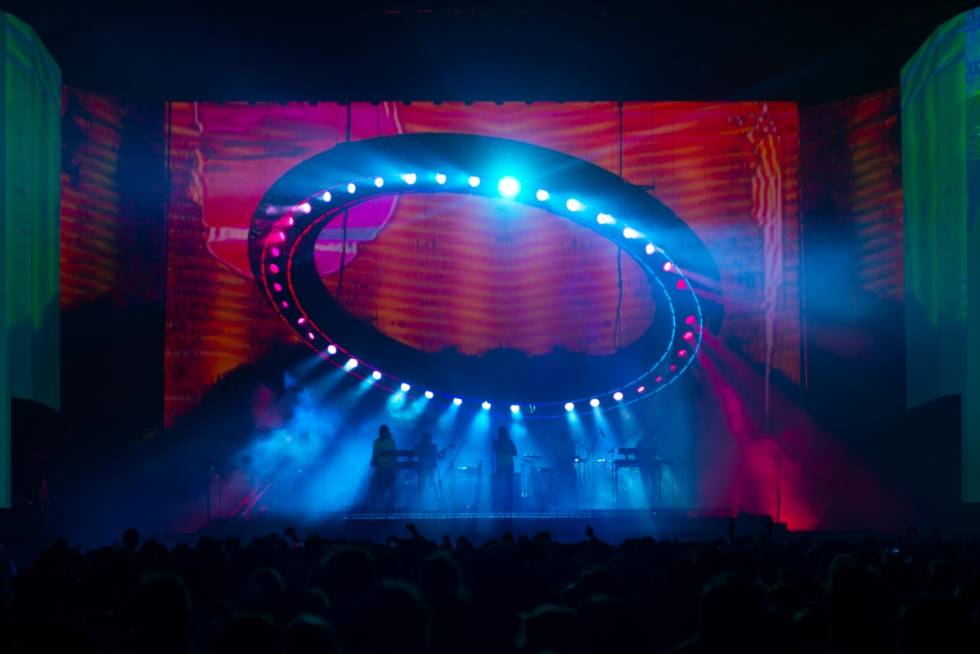 Rob Sinclair’s production design also included 60 JDC1 hybrid strobes—for a specific reason. “We needed a huge bank of color behind the band and the JDC1 gave us that, within budget. We tried pixel mapping but ultimately got better effects from programming them as lights.

“I really love both the X4 Bars and JDC1, and we’ve used them on a lot of shows.” 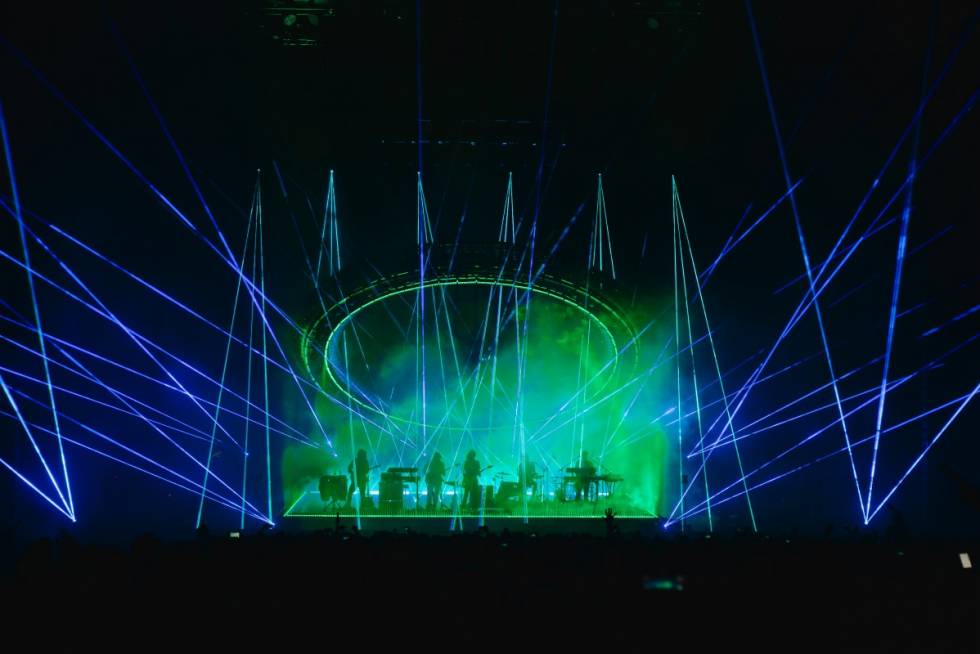 The production easily reverted back to its touring mode once Coachella was behind them. “The show exists as a series of elements which can be added and taken away. Therefore, it can function with or without the ring, the screen can grow and we can add and subtract lasers. The programming is done in such a way that the show always makes sense.” 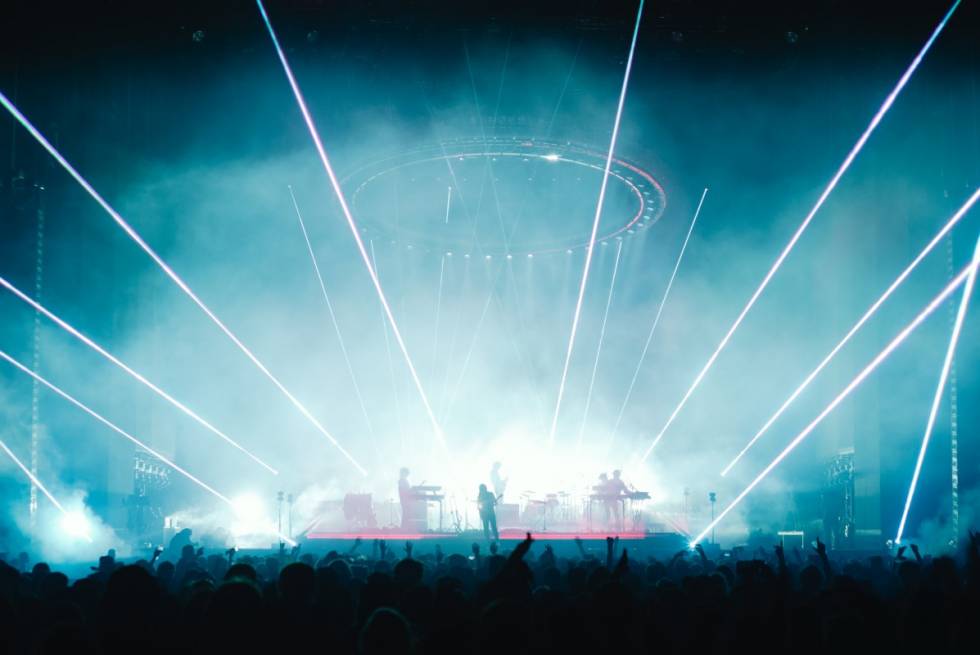 At the operational end, his sentiments were supported by touring LD Jon Derrington, who was working off two Hog 4 consoles, with two Playback Wings. He confirmed that the X4 Bars had played a key role in delivering the gradient colors required and the shapes they were making on the stage. “Having them perfectly straight was vitally important,” he said.

“Once I figured out the fastest way to programme the Bar 20s, it was easy. With a lot of complex chases and color gradients in this show, having an easy way to grab fixtures is a must.” In order to make the color gradients and chases, these were run in 88ch mode to utilize the individual pixels. 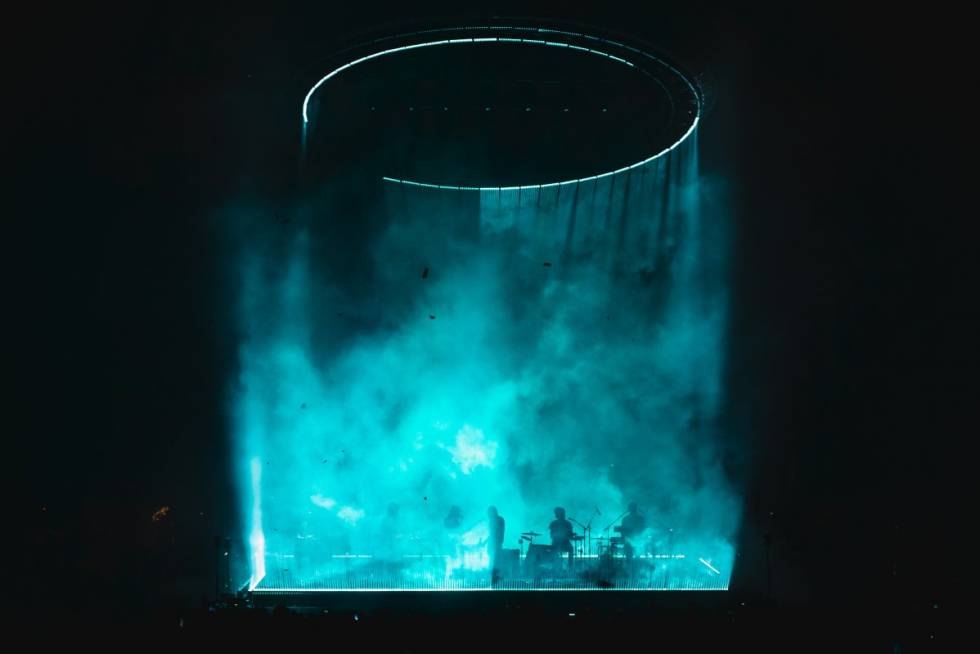 To give an idea of the degree of prep work that went into Coachella, Jon Derrington was one of three programmers working in shifts for 24 hours a day, the others being Van Bridges and Stefan Didizan. “This was needed to get the show right,” he said.

As for the JDC1 there were several moments in the show where only the LED blinder, the tube flash (or both) required. “So I put them in Aggressive Mode for extra face melting!” 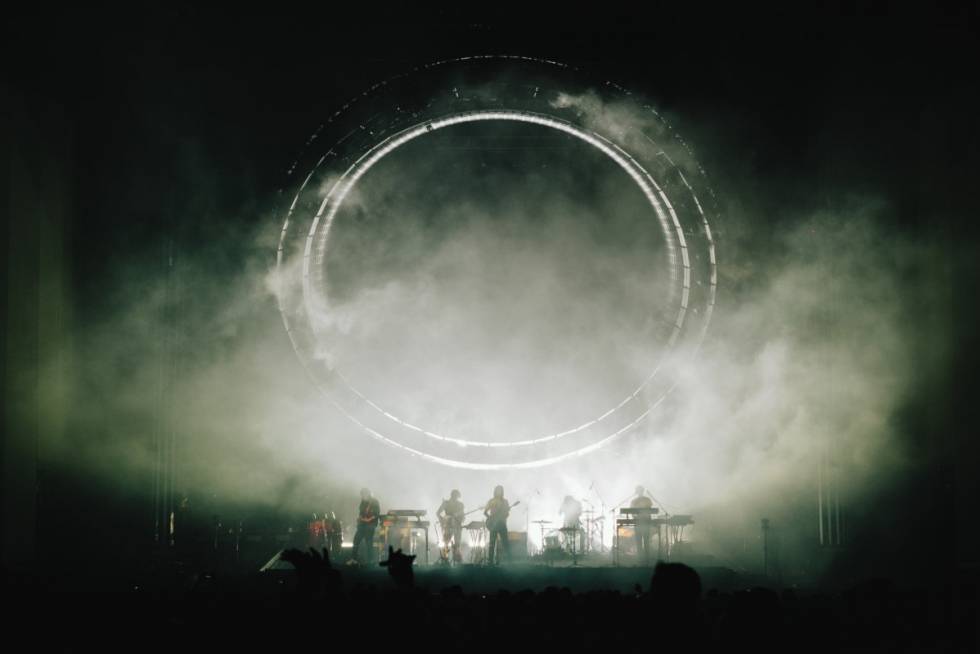 Derrington clearly knows his way around the hybrid strobe, having been using them as far back as 2017 when they first launched. “We had the older demo versions on our first show, and we run them in 23ch mode.”

The beauty of a touring LD is that the relationship with his gear changes as the tour evolves. Which has been to GLP’s advantage. “For instance, along the way I learned how to swap the pixel direction from the desk—and that was a huge help when we had over 300 units to tech!”

But the final word came from Rob Sinclair, who paid generous praise to Christie Lites. “They have been looking after us on both sides of the Atlantic, and the gear, support and people are all second to none.”