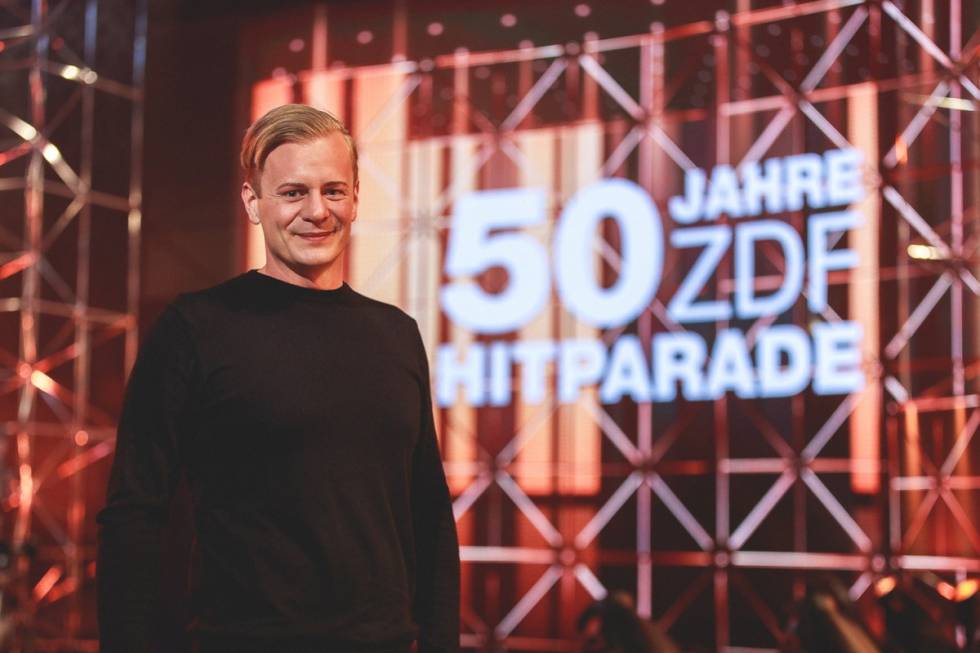 Like many people, lighting designer Thomas Gerdon delighted in sitting on the couch with his parents, watching ZDF Hitparade on a tube TV.

Remembering the great TV format he was overjoyed when the offer was presented to him to design the lighting for the show to celebrate the 50th birthday of this format. This was all the more so as he knew that another veteran of German TV history, Thomas Gottschalk, would be hosting it. This, and countless other highly viewed shows, were redolent of an age when the family would sit in front of the TV on a Saturday night. 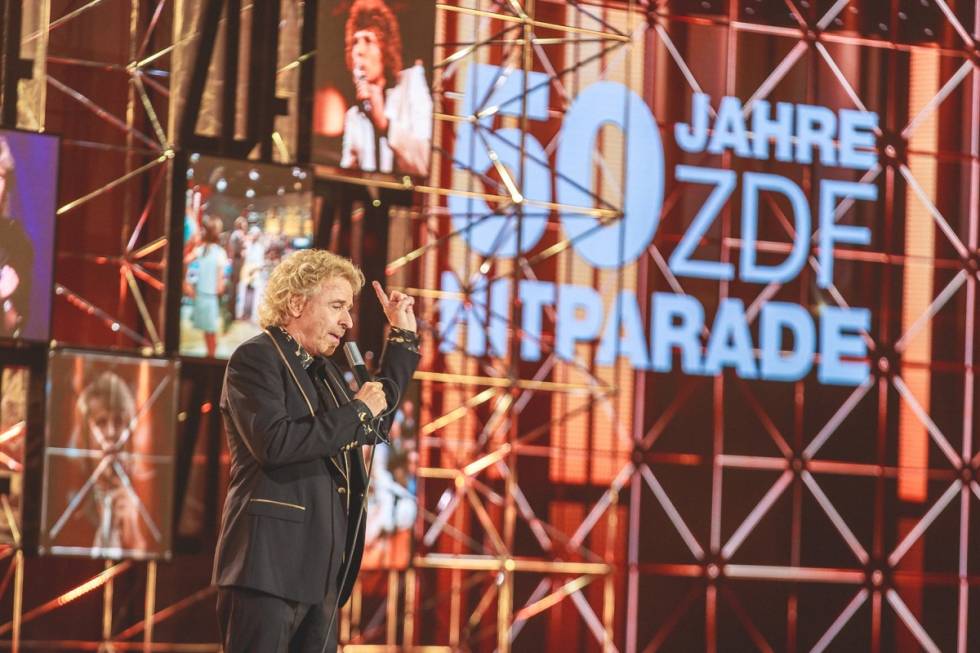 His task was to create a modern and contemporary set for the 50th anniversary, which at the same time needed to connect with the look of the original studio (Berlin Union Studios).  “It needed to pay homage to the old hit parade,“ said Gerdon, describing the challenge set by the show’s production.

“It was clear to me in which direction this design would go,” he continues. And much of this would require the implementation of GLP’s innovative solutions. “The back wall of the set would be the first anchor point,” he explained, and this involved a large scale Mero space frame structure. “I wanted to illuminate these elements, both flat and homogeneously, but also use it accentuate certain songs. For this there is actually no real alternative to the impression X4 Bars from GLP. They are the perfect product for this,” he said, with regard to this approach. Ultimately a total of 82 of the longer X4 Bar 20, and an additional four X4 Bar 10 found their way into the lighting design. 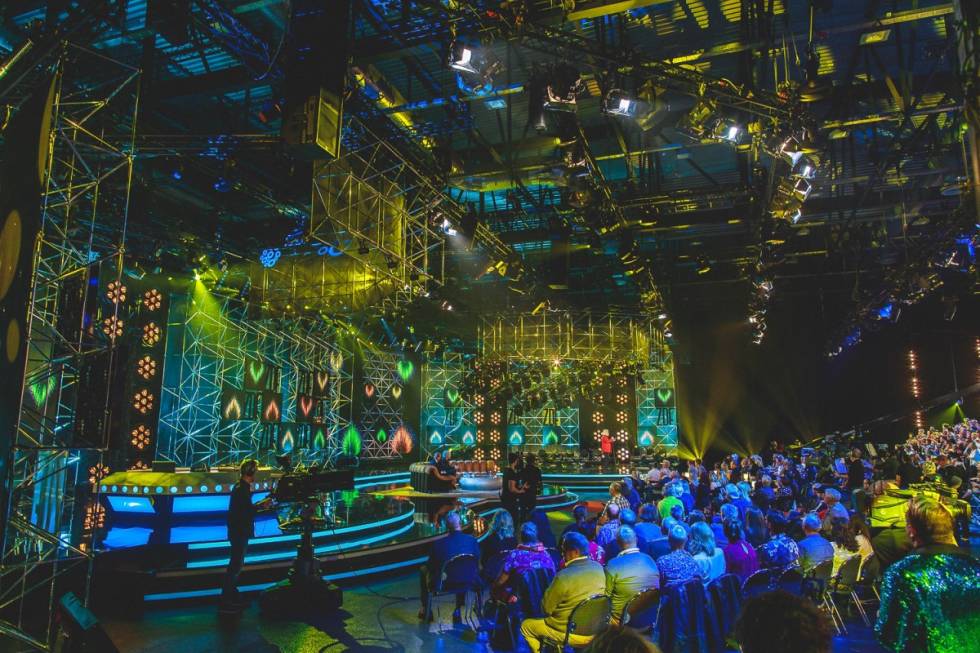 In order to get more depth into the set, a black gauze was installed behind the rear Mero scaffolding wall as a final layer, which was intended to serve as a screen for animated gobos. “My first choice at this point was the new GLP impression S350,” says Gerdon, who already reports good experiences with this lamp in various other  TV formats. “The S350 has the perfect combination of optimal color reproduction and high brightness, despite its low weight and low power consumption.” 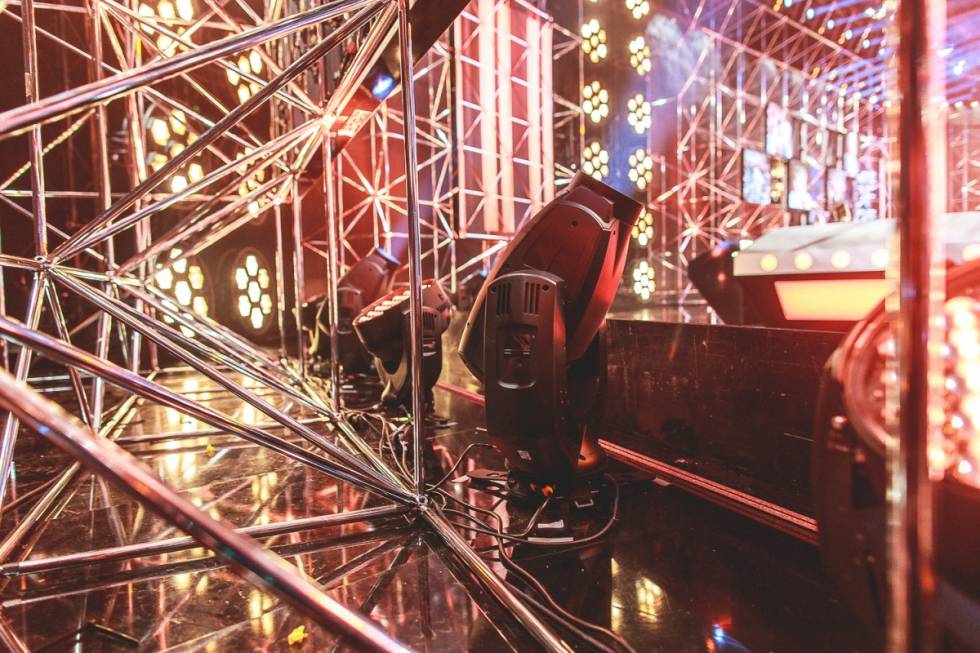 But he was also able to take advantage of the many other features of the S350, such as the motorized shutter, the zoom range of 8°-42°, the two-stage frost filter, the additional solid colors, correction filters, adjustable color temperature of 2,500-800K … all of which make the lamp the ideal choice for TV productions. In fact a total 56 impression S350s were used in the ZDF Hitparade show. 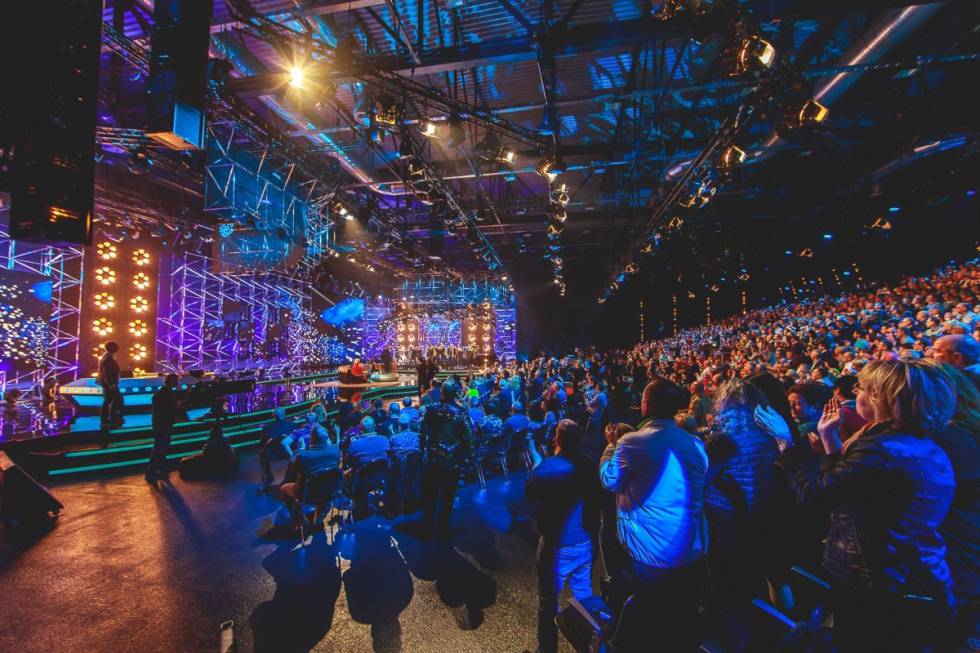 Also on the two side stages further fixtures from GLP were used. “These are almost invisible within the set but appear in the camera image to wonderful effect. For closing some black holes in the set I was looking for small, compact and virtually invisible fixture that would appear later in the camera image for the well known stars. Aside from being discreet, the perfect fixture would still need to deliver high output. The GLP X4 atom is simply unique in the market which is why we used a total of 48 pieces.” 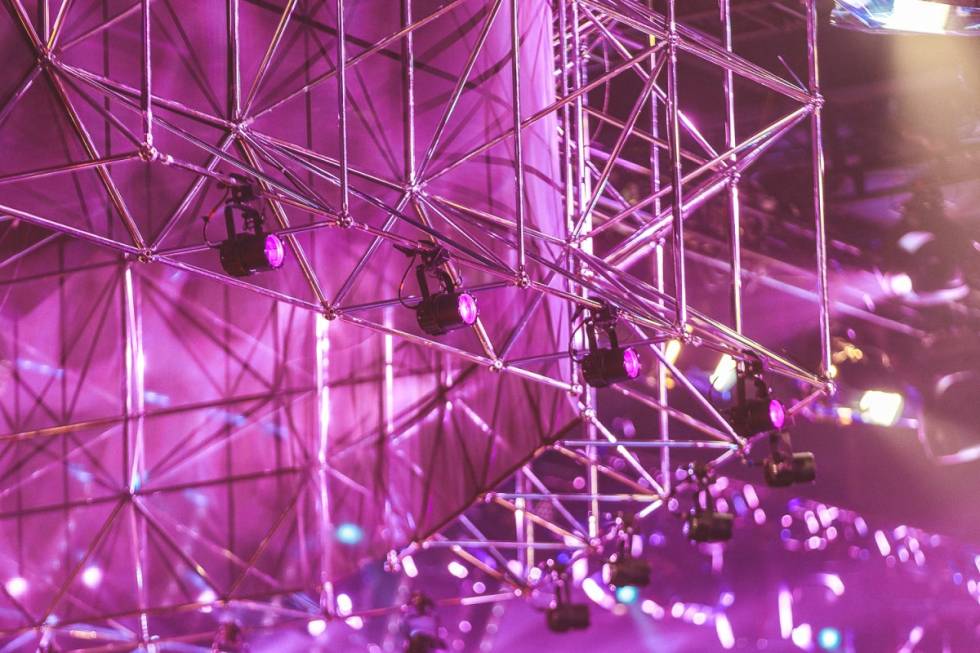 Last but not least a number of the “good old impression X4 and X4 L” were used, concluded Thomas Gerdon. “These are simply flexible workhorses with which we could quickly and effectively light decorative surfaces. This is much more convenient when making necessary changes to a scene without having to drive a cherry picker into the finished set!” 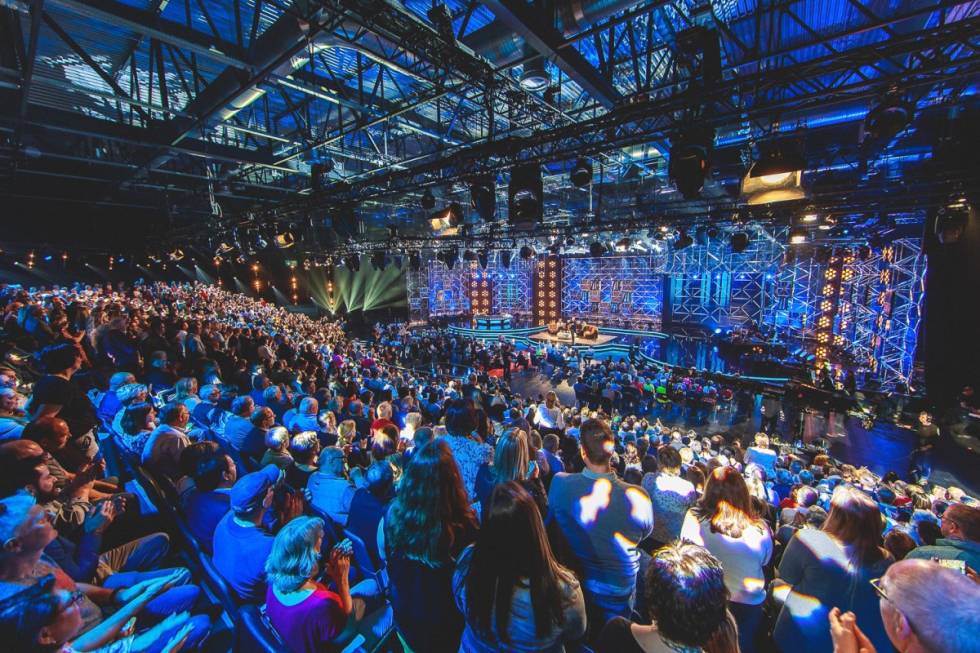 Fifty years after the premiere, with the now legendary sentence, “This is Berlin, the Second Deutsche Fernsehen (German Television) presents edition ‘Number One in the Hit Parade”, Thomas Gottschalk has revived the ZDF Hitparade once again to the original theme music and in a studio which really awakens memories; just a modern, contemporary and completely harmonious homage to Dieter Thomas Heck and this hit parade.