White Light Provides the lighting of Harry Potter and the Cursed Child including premium products from GLP Monday September 12, 2016 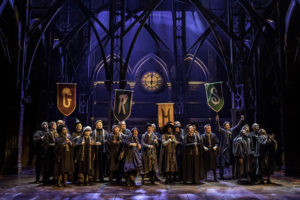 In what is being regarded as one of the biggest productions in West End history, Harry Potter and the Cursed Child recently opened at the Palace Theatre to rave reviews. The play is the eighth story set in the Harry Potter universe and takes place nineteen years after the events of Harry Potter and the Deathly Hallows.

As the leading lighting supplier to West End and UK theatre, WL was approached to provide the lighting for this hugely-anticipated production and this included premium products from GLP.

Based on an original new story by J.K. Rowling, Jack Thorne and John Tiffany, Harry Potter and the Cursed Child is a new play by Jack Thorne and follows Harry Potter, now a Ministry of Magic employee, and his younger son Albus Severus Potter. The Lighting Designer for the show is Tony Award and Olivier Award-winner Neil Austin.

He comments: “My main aim for the show was to create something magical. With Harry Potter and the Cursed Child, the primary desire from everyone involved was to use traditional theatre craft and techniques but push the boundaries as to what we thought was possible. We needed to produce something mesmerizing and create the world of illusion that the audience would expect from Harry Potter”.

With lighting playing an intricate role in the production, Neil had to ensure that he perfected his design. He comments: “Prior to the show opening, we held a lot of workshops around the piece. Practically, these were extremely useful as it gave me a sense of what I was looking for in terms of my design and allowed me to try out a variety of ideas”.

Neil also visited Studio15, WL’s state-of-the-art studio facility located at its London premises. Here he was able to experiment with equipment and test a variety of different units. He then drew on WL’s unparalleled range of lighting technology to ensure that he chose the exact equipment required for his ideal rig.

Neil states: “A lot of the preparation for this show was pushing the science to enhance the art. We were commissioning new software and hardware and redefining what was possible with technology to ultimately ensure that the play would achieve its potential”. 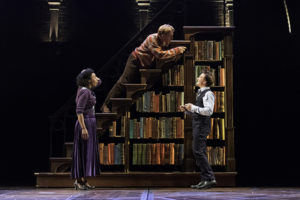 Following its hugely successful opening, Harry Potter and the Cursed Child has extended booking until December 2017.

Neil adds: “I am unbelievably proud to have been able to work on a show of this magnitude and am grateful to the teams that I collaborated with. Many lighting designs are about what you don’t reveal on stage but this is more true than ever on this show. Throughout, I endeavored to maintain the sense of mystique and illusion, ensuring the audience were fully immersed into the magical world that is Harry Potter”.