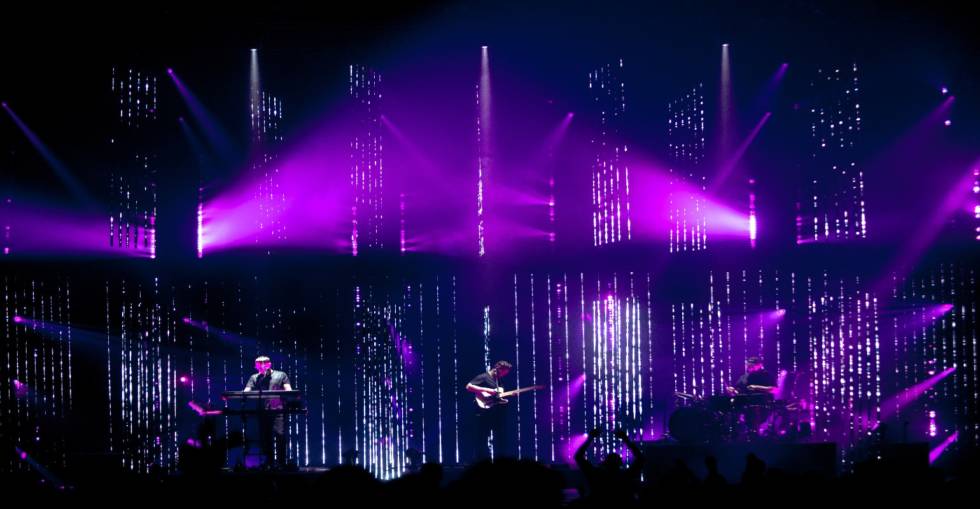 Having completed the American leg of their tour in support of their new album Relaxer, alt-J have arrived in Europe for theater and arena dates — and a full production inventory that includes multiples of GLP’s award-winning X4 Bar 20s. 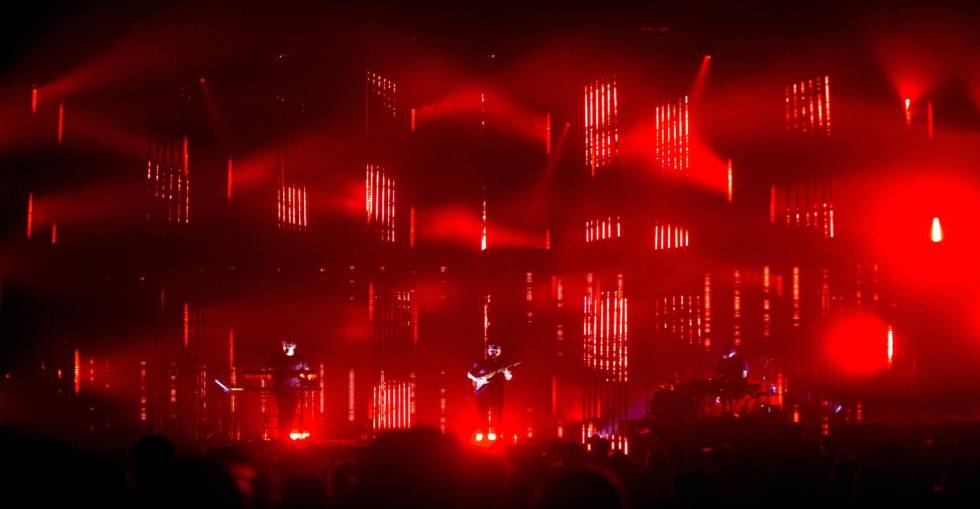 Liteup Events supplied the core control package for lighting and video worldwide and the entire production in Europe, while Upstaging provided the lighting inventory in the States. Marc Callaghan, who co-founded Liteup Events with Kris Box, has been working as crew chief on the tour, while the task of creating the visual impact, has been entrusted to the team from US based FragmentNine (Jeremy Lechterman and Jackson Gallagher) — the former focusing on the lighting, with his partner masterminding the video/media. 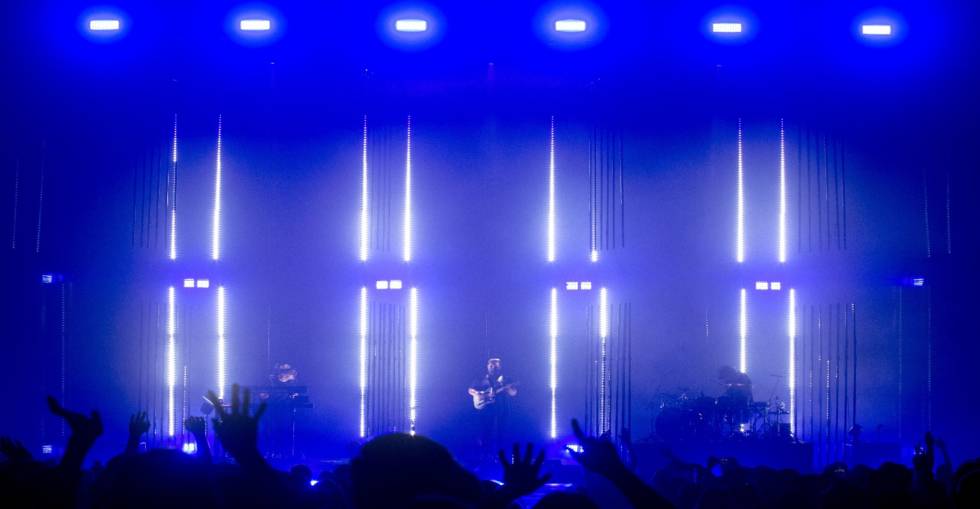 Although the company was only set up two years ago, Lechterman and Gallagher have been working together since their days at Carnegie Mellon University before bringing their expertise with theatrical design and storytelling to the concert sector. Currently on tour with Icelandic act Asgeir, they have already provided technical services to a raft of other leading artistes.

Jeremy Lechterman says he always sensed the X4 Bars would be a great tool once they found the right application. He explained that they were planned into the design “as soon as the immersive digital forest concept came about. We knew we wanted a vertical batten behind the LED surfaces, and when compared to other linear tilting battens, the X4 Bar won due to its pixel density and output. 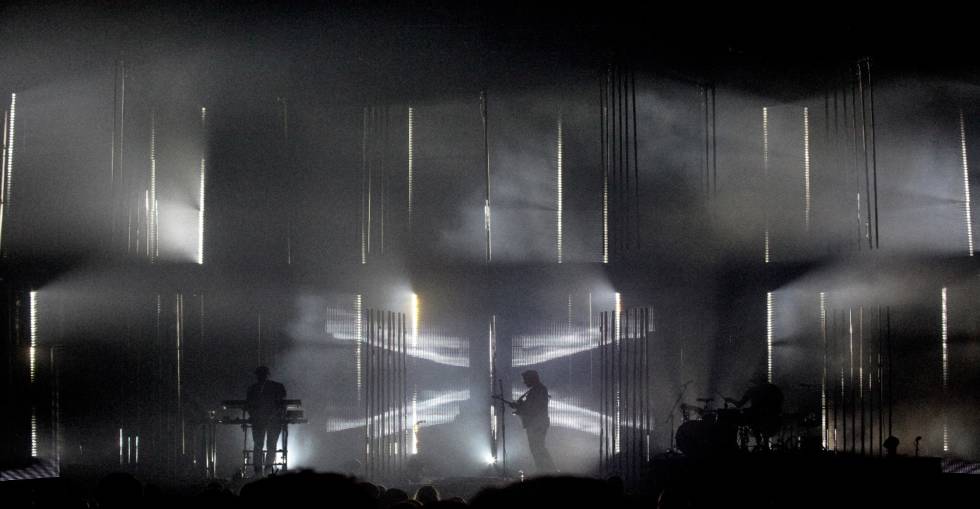 In fact, they had originally used them on a Spring date for alt-J. “We were very happy with the result using them at that show,” the LD confirmed. “No other batten can create as uniform a light curtain as the X4 Bar, nor can it throw a beam as far as the X4 Bar.  We use them primarily to create large curtains of light emanating from the video wall, which could not be achieved with any other product that we are aware of.”

When run in 88-channel mode, the X4 Bars really become a feature midway through the set, immersing the band in ominous green and yellow swathes of light during Gospel of John Hurt. 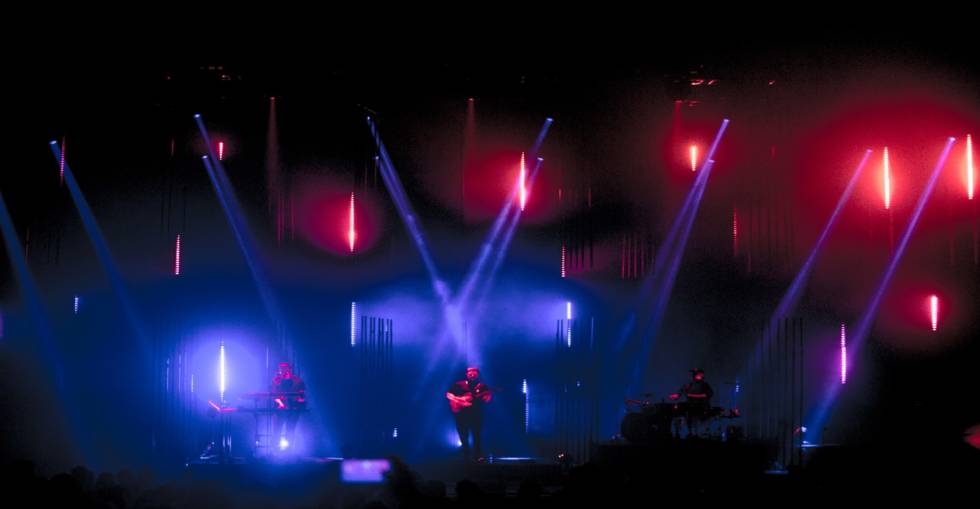 The fixtures are fully mapped in a d3 server, with an ArtNet merge back into the grandMA desk.  “They are used in more than half the songs and are fully controlled via video aside from their tilt,” Lechterman confirms. “The most successful usage of them is playing content on our Vanish walls and then duplicating the content again on the X4 Bars so it looks like the video is pushing out in 3D space behind the band — volumetric video!  This is then reinforced again by the screens in between the band, making a truly immersive environment.”

Overall, he says, the X4 Bars have more than delivered the expectation. “We love them for their speed and reliability.  With 186 fixtures from various suppliers travelling across several continents so far, we’ve only had two fixtures go down in four months of touring.  We are well happy with that.” 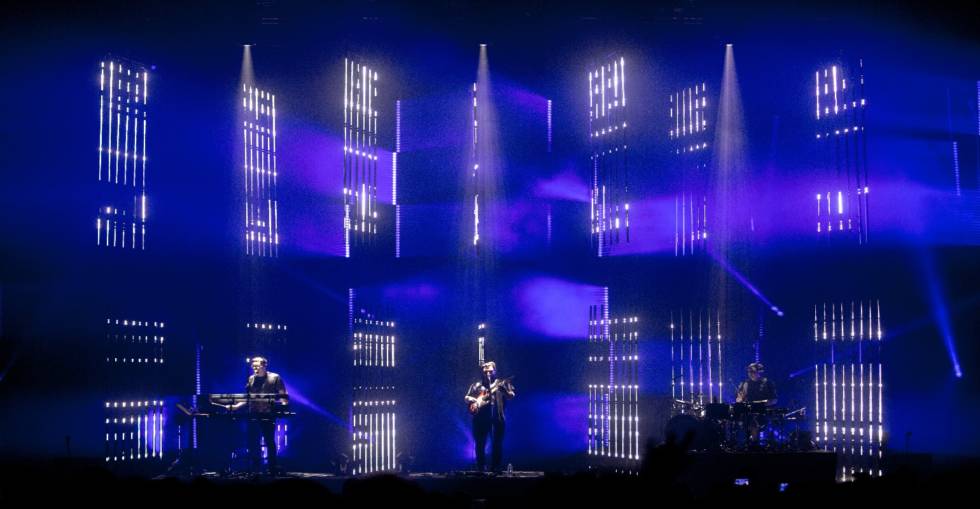