GLP’s award-winning X4 Bar 20s were out in force at this year’s Glastonbury Festival, led by Andi Watson, who had already been lighting Radiohead on tour using 14 of the large X4 L as well as quantities of Bar 20s and Bar 10s. The inventory was supplied by Neg Earth.

Speaking of the Bars, he exclaimed, “I love how you can make light move within these fixtures. I am looking for texture, beams and movement and the X4 Bars do that really well.” All are pixel controlled through the grandMA desk.

Of the large X4 L he added, “While I’ve always been a big fan of the X4, when we came to do the tour, knowing we would be headlining Coachella and Glastonbury, I knew I wouldn’t be able to light the crowd adequately with these. So, on those two front trusses, the lights are mainly X4 L.” 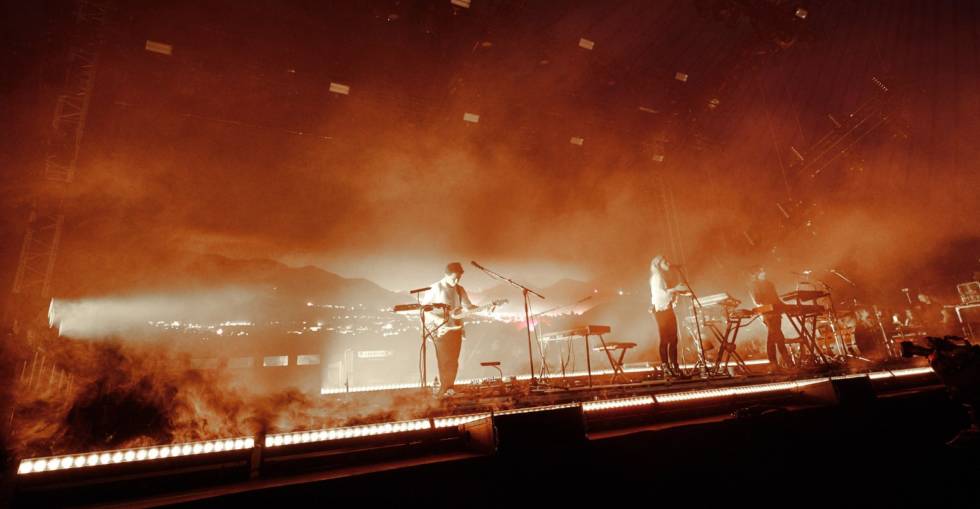 Elsewhere award-winning Tobias Rylander of Seven Design Works used 36 GLP Impression X4 Bars with London Grammar on the John Peel Stage (with Chris Davis the touring LD). These were suspended from a pipe attached to the overhead truss.

On the Pyramid stage Michael Straun used quantities of X4 Bar 20s with the XX. These were predominantly in vertical strips built into custom scenic pieces with a mirror coating. The mirrors rotated throughout the show and were used as a canvas to bounce the light from.

He says the real competitive edge of the Bars is giving the designer the ability to create one light curtain but at the same time initiate the single pixels to make gradients and mapped effects. “In fact, we have been using them in a couple of ways. One is to bounce off other mirrors, another is to light the stage/band and create effects in the haze/smoke. I can also use the tilt function to create the effect of bending light — then the mirrors are either static or rotating to create different effects.” A grill is placed in front of the lights to help conceal the actual light source.

And he could scarcely be happier with the results. “The Bar 20’s are great at creating different effects,” he reports. “We are trying to use a lot of color gradients and they look amazing doing that. They are nice and bright so they bounce off the mirrors well — and when zoomed down they have extra strength and clarity.”

On the Other Stage meanwhile, alt-J’s LD, Jeremy Lechterman was carrying 84 X4 Bar 20’s. Bars, supplied by Liteup Events. Speccing up for the tour, he said, “We knew we wanted a vertical batten behind the LED surfaces, and when compared to other linear tilting battens, the X4 Bar won due to its pixel density and output.” 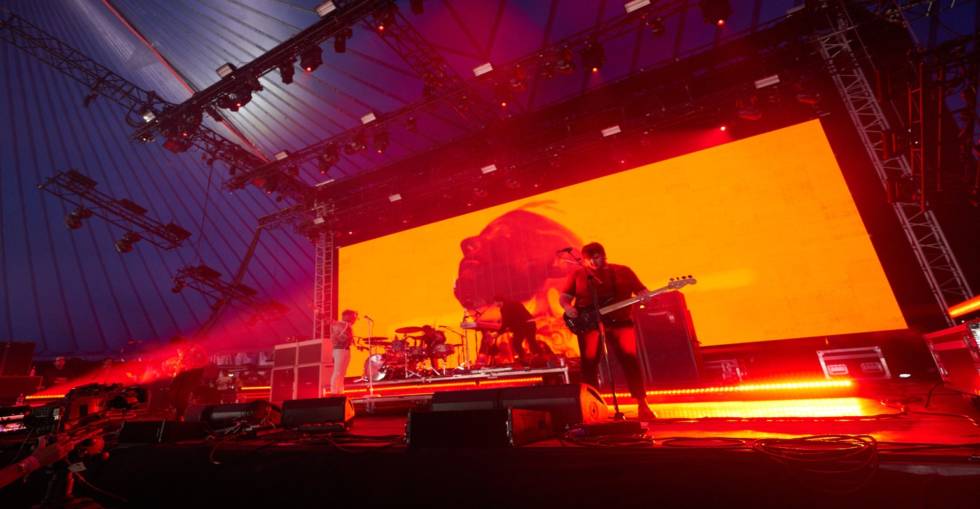 Another GLP devotee Liam Griffiths continues to work with Clean Bandit, and Entec supplied his X4 Bar 20s for use with the band on the John Peel Stage. Also on the Other Stage was Stormzy, with his set likewise illuminated with the X4 Bar 20 battens, courtesy of Stephen Bewley. Meanwhile Tom Campbell, who has worked closely with GLP, notably on some of their exhibition stand designs, used the Bars for Frank Carter, while GSL supplied Ed Warren not only with Bars but also X4’s for Metronomy on the John Peel Stage. Other bands whose sets were lit up with the X4 Bar 20 battens on the John Peel Stage were Phoenix and Future Islands, with Josh Mansfield the man responsible for the latter.

In fact, Mansfield has been working with the synth pop band on their European dates since 2014, more recently taking on a worldwide remit.

He is another LD who has fallen under the spell of GLP’s X4 Bar 20s. “I first used these fixtures on a tour with British rock band, Lower Than Atlantis,” he reports. “I took four of them as part of a small package and they proved to be a serious addition to a small club tour lighting set. But more recently I have been able to put them to the test in a variety of scenarios.” This includes the Glastonbury Festival.

Josh is using 17 of the X4 Bar 20’s in his touring package for various functions such as Key light, Cyc light, Wash light, Strobe and Pixel FX. “I have five Downstage, six Upstage and three each, stage left and right, mounted on 5ft pipes for key light.” He says that vendors, TSL “pulled out all the stops to make our tour happen.” 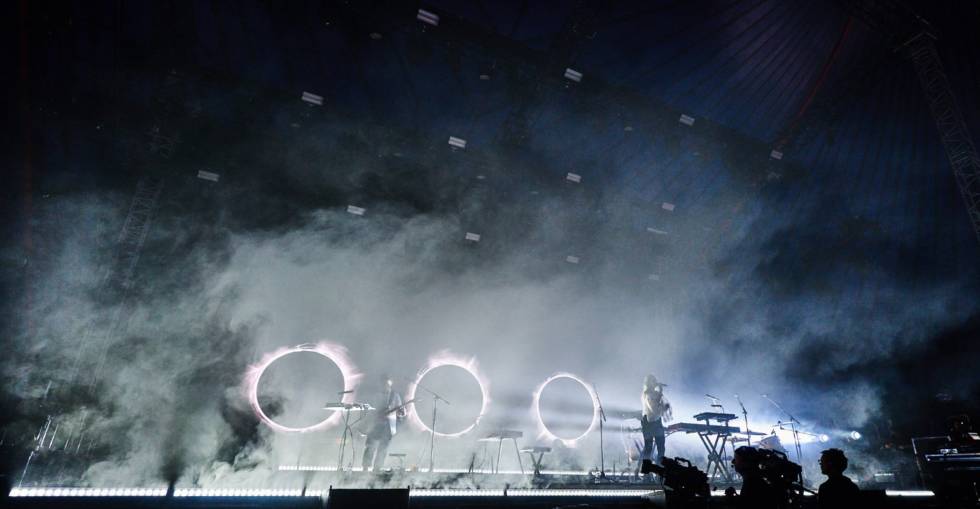 And GLP’s game-changing battens have certainly been delivering for him. “My two favourite features of the X4 Bar are the extreme linear zoom, very wide which is great for ensuring Sam [frontman, Samuel T Herring] is always visible, and at the same time very tight to create that unique flat bar/beam look.

“The other great thing I love is the pixel effects. For one song, Inch of Dust, I turn all the Bars around to point at the band and silver cyc with a mixture of wide/tight zoom creating a chase of shadows. The option to only use one pixel at a time means the shadows can jump like a series of sequential photos, shot at a low frame rate.”

And so, the X4 Bar 20’s remarkable success story, and as all the production teams broke site down in Somerset much of the GLP inventory went off support bands on their touring schedules.