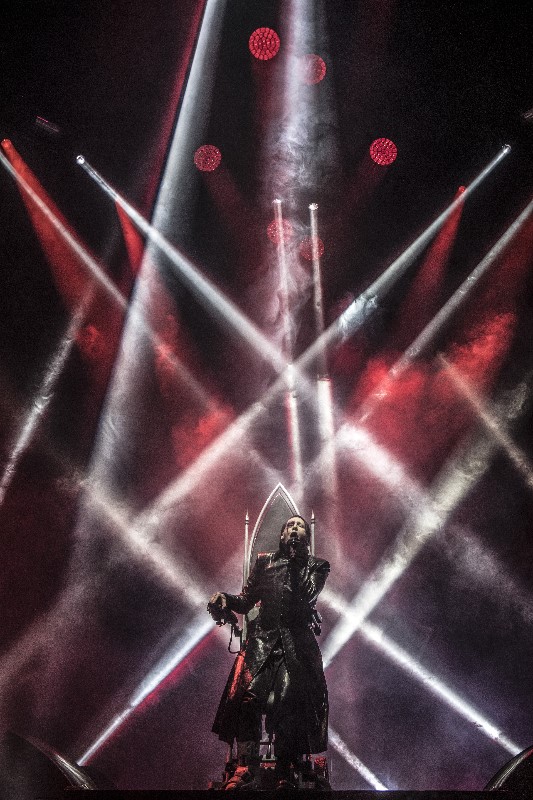 With his controversial stage persona Marilyn Manson will always be a major box office attraction, and his latest tour has been no exception. The band embarked on a series of pan-European arena and theatre shows at the end of last year followed by a US tour with French LD, Nicolas Riot (of Chirac Design) — a recent recruit to the creative team.

Riot — hitherto better known for his work with French metal band Gojira — has been using ground-breaking LED fixtures from GLP, including 15 x JDC1 hybrid strobes and 35 of the award-winning X4 Bar 20 battens in the set design.

All inventory was supplied by the band’s regular vendor, experienced UK rental company Entec Sound & Light, while North American supplier Delicate Productions provided the gear for the US leg of the tour. Entec’s MD (and Head of Lighting) Noreen O’Riordan confirmed that while this was the first time Entec has worked with the lighting designer, they have a long-standing relationship with Manson’s production manager Matt Doherty. They purchased the X4 Bars in response to the LD’s rider. “We know the product is a good one, having successfully rented them for use on other shows,” she explained. “The current Marilyn Manson tour presented us with the perfect opportunity to commit to a purchase.” 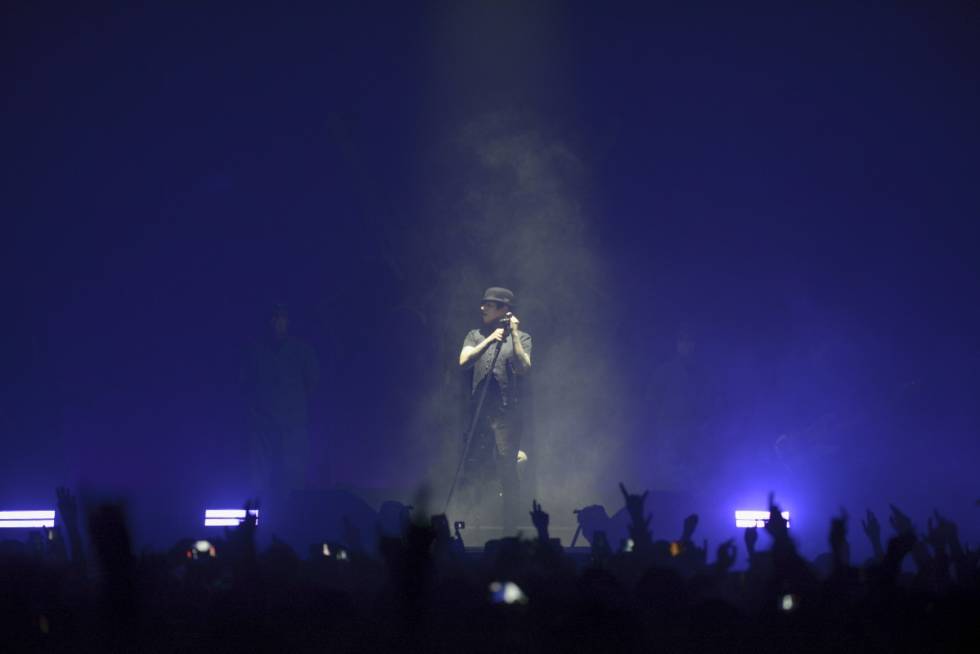 Yet it was the JDC1 that has caused the biggest stir, after Marilyn Manson himself was adamant he wanted them on the show. But more of that later.

Prior to this stint, Nico Riot had covered only a handful of shows with the band after dates in the States were suspended after Manson was injured while performing on stage.

His introduction to GLP’s new hybrid strobe could not have been more unusual. Although he had noticed references about the product on a French magazine website, it was Marilyn Manson himself who demanded the JDC1 strobe. “I wasn’t really aware of the product to be honest until Matt Doherty emailed me saying ‘Manson wants that strobe’. I have no idea how he found that product but I checked right away on the GLP website and instantly knew that something cool would come out of this product when looking at the specs.” 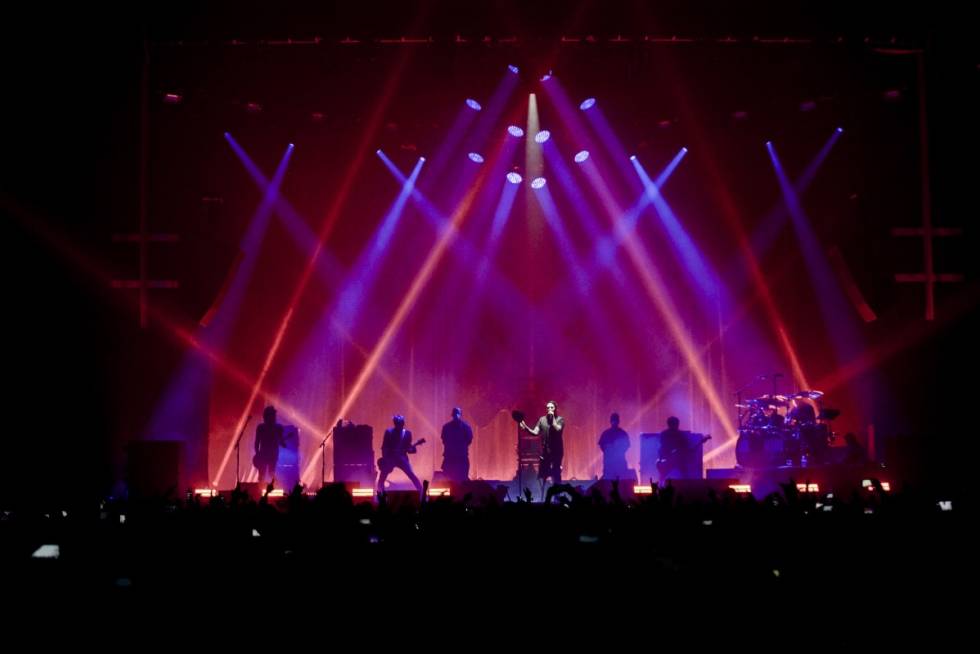 He has been using 15 units — divided between upstage and downstage — but says he wished he could have secured more.

“I tried the rig with the ChamSys MagicQ pixel mapper and I was really excited about the result. I made three different layers of Pixmap, one per section, and the result was intense.”

The three different dimming sections were assigned, one as a Wash part, one for the Strobe and one to control the pixel map section. “Then it was really easy to manage the JDC1 on all the different cue-stacks. I was really surprised by the strobe, with its in-built FX section — I wasn’t expecting that at all.” 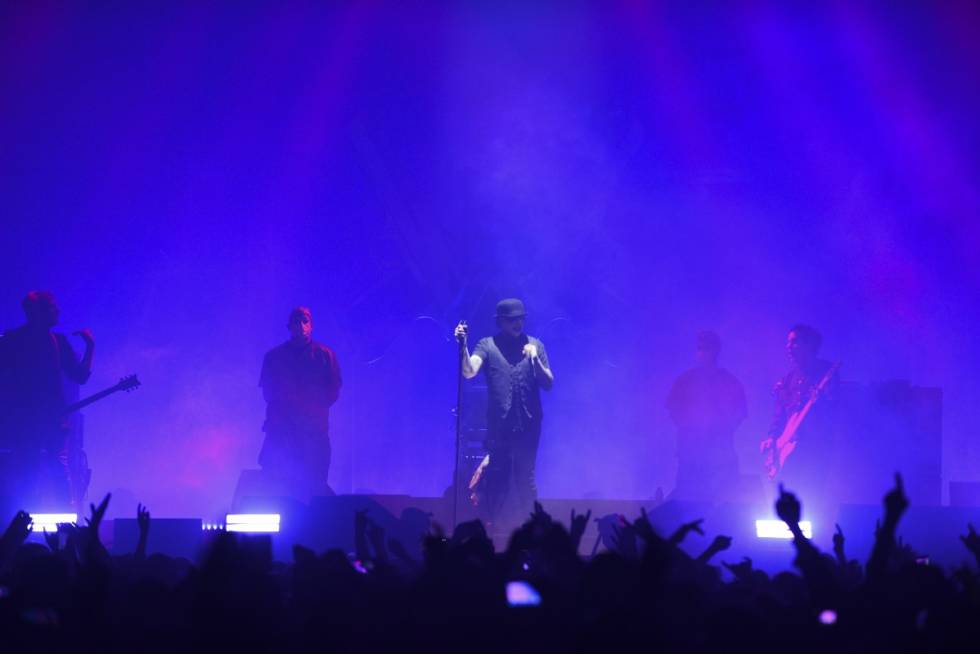 “Both aspects of the JDC are great to use. First Manson wanted to use them as uplight and strobe at the same time. But we ended up using the JDCs as uplight downstage and backwash upstage as well. It turns out that they are extremely powerful.”

He continued, “Most of the time the strobe would pop out of the Wash section. Usually when you use multi-element fixtures it’s hard to keep every effect running at full tilt — but with the JDC1 strobe you can run full blast even when you have busy Wash effects going on. The only tricky thing is that you would need those JDC1’s permanently in your inventory as you would have a hard time morphing or cloning those into a festival rig as there are no equivalents.” 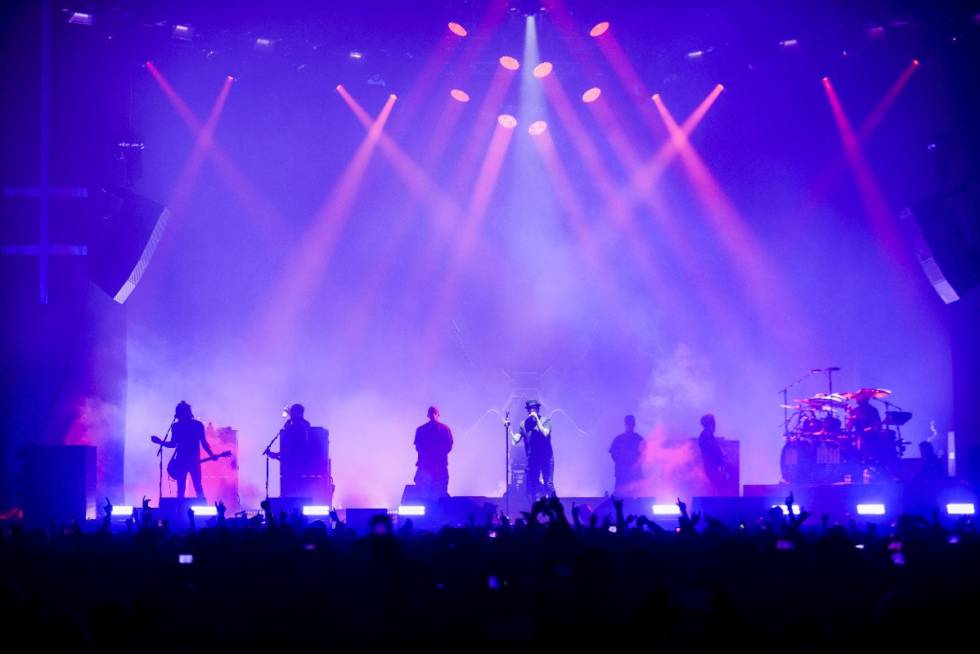 The US leg of the tour is a somewhat scaled down version of the European set up, playing in venues with a capacity of up to around 3,000. Not exactly a small gig either of course, but it is clear despite the size restrictions the JDC1’s are here to stay. In fact, little changes had to be made for the smaller gigs at all, though Riot did note “I had to lower my master dimmers on the wash section, otherwise the JDCs are just way too bright for the space!”, which is not necessarily the worst problem to have.

As for the X4 Bars, the first time he saw them in a live environment was at Linkin Park’s summer European shows. “I was really surprised by how the Bars were kicking through [Linkin Park] LD Céline Royer’s design,” he said. And so he turned to the fixtures for the first time. 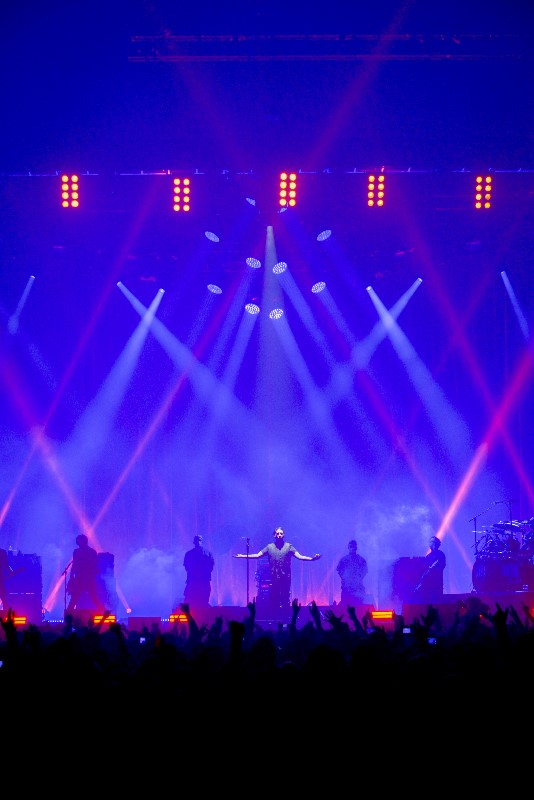 “On the Gojira tour I was using a similar product but was really struggling to have enough punch to use them as a back wash and batten beam as well. So I changed my design because I wasn’t able to find the right product — but after seeing Céline’s design [using the Bars], I was like, yep that’s what I need!”

The LD has been running 35 X4 Bar 20’s on the rig — two rows upstage and a couple on the flown rig. “The first row is mainly for backdrops,” he explains. “We have multiple layers of backdrops and drapes, so the tilts and zooms are perfect for keeping the backdrops perfectly lit as the show goes on — the backdrops move further upstage as they drop. The second row is for backwash, and sometimes they go to backdrop position when needed. The flown X4 Bars are mostly used for the narrow-batten look that I like.”

Nico himself has been touring as lighting director and programmer with colleagues from Chirac Design also on duty. The tour has been running flawlessly, with Entec providing their customary support. “Their gear is of high quality and is always maintained to a high standard,” he says.

Summing up, Riot added there were still plenty of aspects to the JDC1 he would like to make use of in the future as well; “I really want to have more units and pixelmap the JDC1 with media content. But Manson doesn’t want any ‘sparkling shit’ as he calls those kinds of effects.”. That it seems will have to wait for Nico Riot’s next outing, “I will definitely go nuts on the next Gojira tour using JDC1s,” he promises.