From mid-February to early March 2020, German Canadian singer Alice Merton was on the road to promote her long awaited debut album MINT +4. Merton, who had already caused an international sensation with the song No Roots back in 2016, and is also known in Germany as a jury member of the popular TV show The Voice of Germany. Her MINT +4 tour took the artist to Germany, the Czech Republic, Austria, and Denmark.

The artist presented her powerful repertoire of indie pop songs supported by a versatile lighting setup from GLP. The lighting and set design was a co-production between Merton’s manager Paul Grauwinkel—with whom she also runs her own label Paper Plane Records International—and lighting technician Maximilian Hermsdorf, in close coordination with Merton herself. It was Hermsdorf who joined the tour as lighting operator. 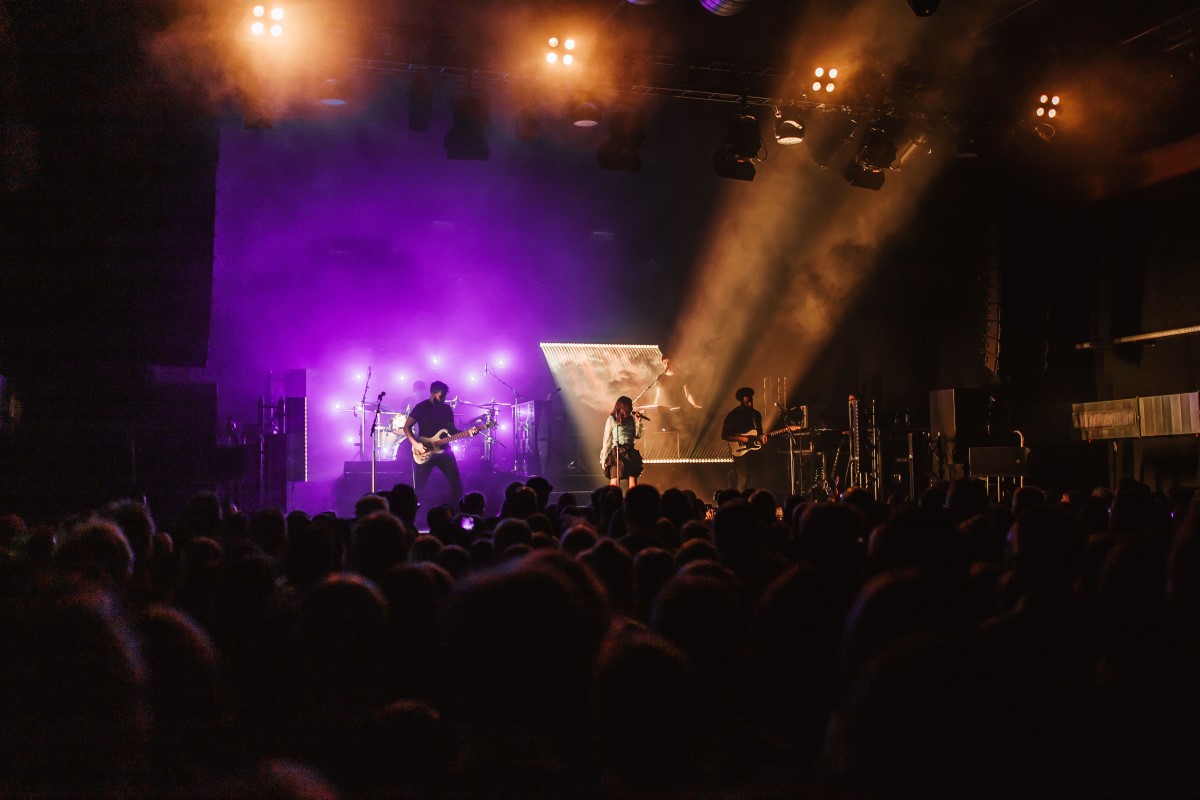 The technical team around Merton and Grauwinkel had been in constant communication about new and existing products from the GLP catalog with the company’s Andreas Brandt as far back as 2017. “The fixtures from GLP form the basis of Alice Merton’s set design,” states Grauwinkel. “Reliability is vitally important and we haven’t had a single failure of X4 Bars in all the years we’ve been using them.”

The KNV Dots, KNV Lines and impression E350’s were all supplied by the company, Grauwinkel.

“As the stages, capacities and general conditions differ from venue to venue, it was important to have an adaptable, scalable set up,” continued Grauwinkel. “That worked particularly well with the GLP devices—especially with the KNV systems that can be used so easily in a decentralized role. There were also limitations on the power supply here and there in the smaller locations, and once again the GLP fixtures came into their own because everything is based on efficient LED technology.” 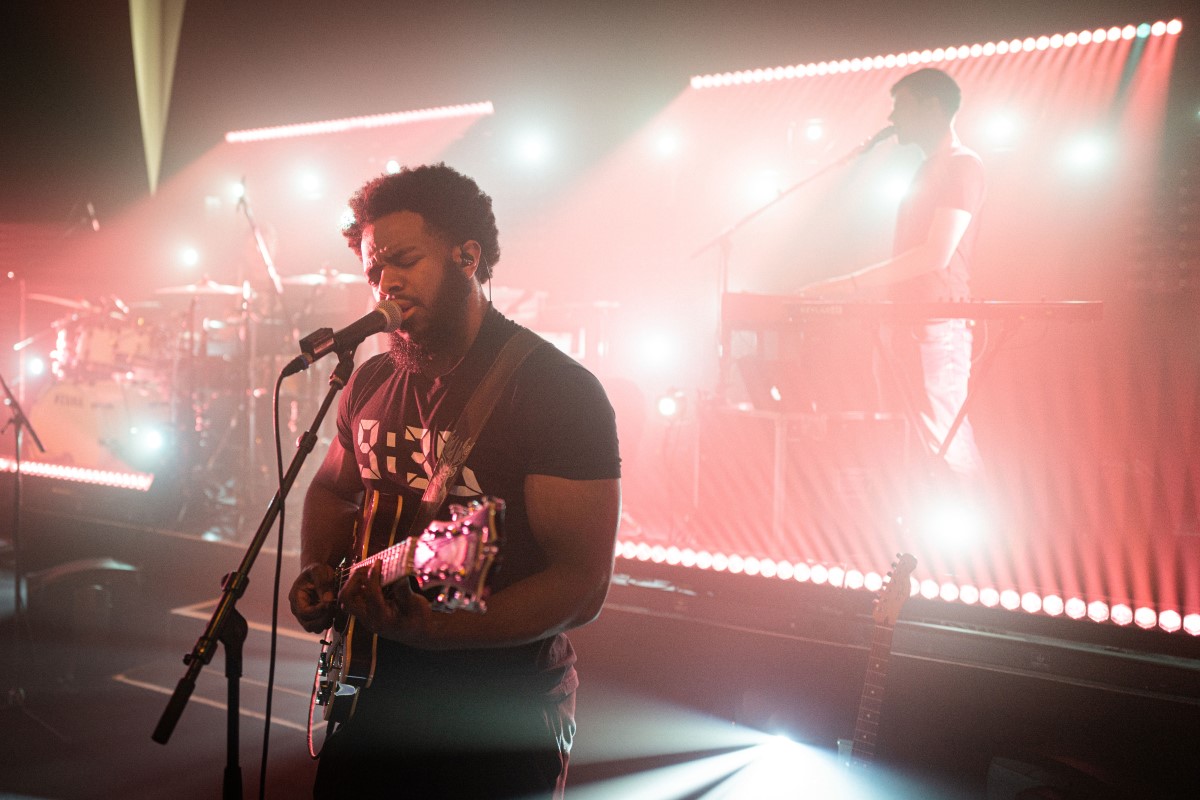 The stage included a relatively large plexiglass platform, accessible via a staircase in the centre, which served as a riser for the drums and keyboard. Grauwinkel and Hermsdorf placed the impression X4 Bars in two rows of two at the front edge of the riser as well as on the truss gates at the rear edge of the stage. The other GLP Bars were mounted on the side of the truss stands and, where possible, were distributed freely around the stage.

The KNV Dots were placed both on and behind the riser, in order to create depth and to surprize the audience with LED effects, seemingly appearing from nowhere.

The KNV Lines, however, were attached to the truss gates behind the risers and supported the KNV Dots, rather than be used as an independent show element. The E350s were installed in a row directly in front of the riser and provided extremely bright beam work and moving lighting effects. 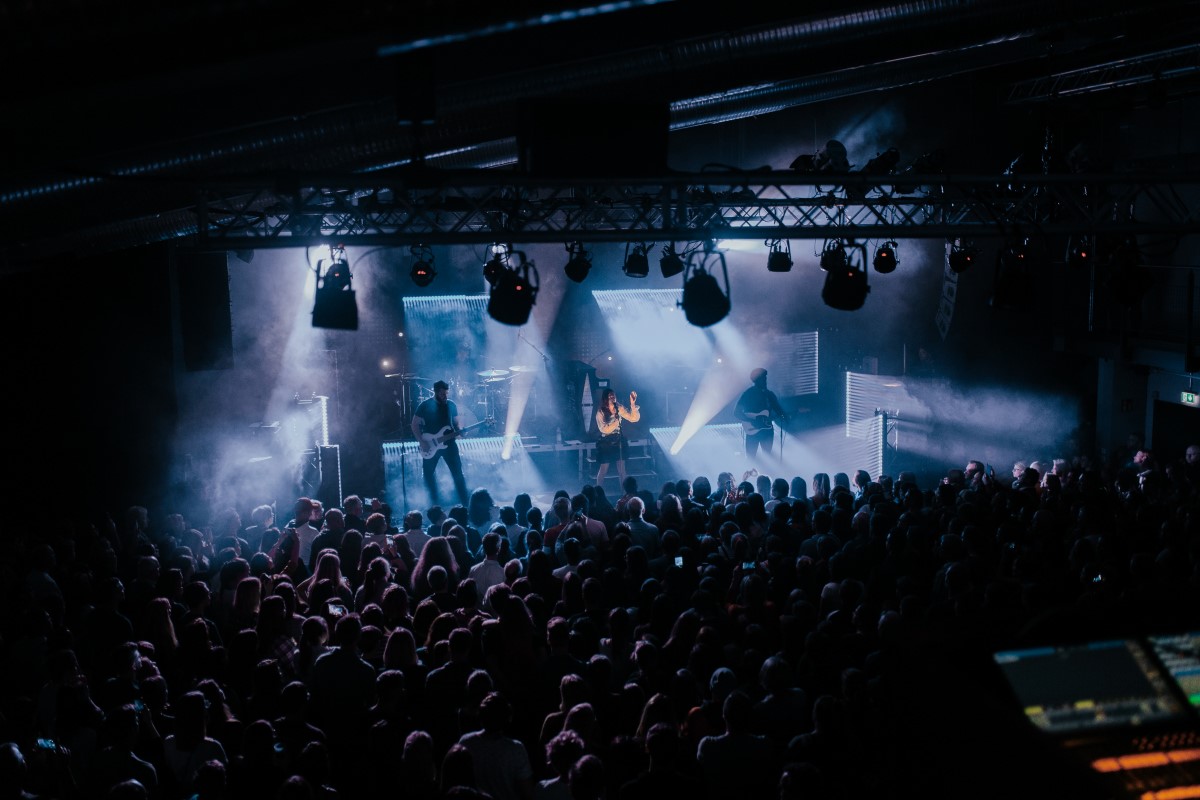 “We got on really well with our GLP setup,” reports Maximilian Hermsdorf. “As a rock ’n’ roll version of the S350, the E350 has a great output and still has a great presence, even in the dark colors. They’re also great as a beam lamp.

“But our highlight was the KNV Dots. They were highly effective and, above all, easy to integrate into the show. If necessary, you can also easily close optical holes in the stage and bring a nice depth to the stage design. The high luminous efficacy of their 30W power pixels was really impressive! ”