Originally slated to reopen Leicester’s Curve Theatre as part of a season of socially distanced ‘in-the-round’ shows, Sunset Boulevard in Concert was forced to become a streaming event due to continued lockdowns in the UK. Nevertheless, the technical production continued to be supported by new generation Profile, Spot and Wash lighting from GLP, as originally planned, which now took on an increased role.

Theatre lighting designer Ben Cracknell, an associate artist at Curve with a long list of credits behind him, specified a large quantity of the new impression 350 series from GLP. The multi-camera film version – which was scheduled to stream over an 18-day period starting 22nd December – brought even more out of the venue, according to Cracknell. “What was already a fairly distinctive in-the-round production, using not only the 960-seat auditorium but the studio theatre as well, became enhanced as scenes were staged on technical galleries, beneath the auditorium and in the balcony as well.” 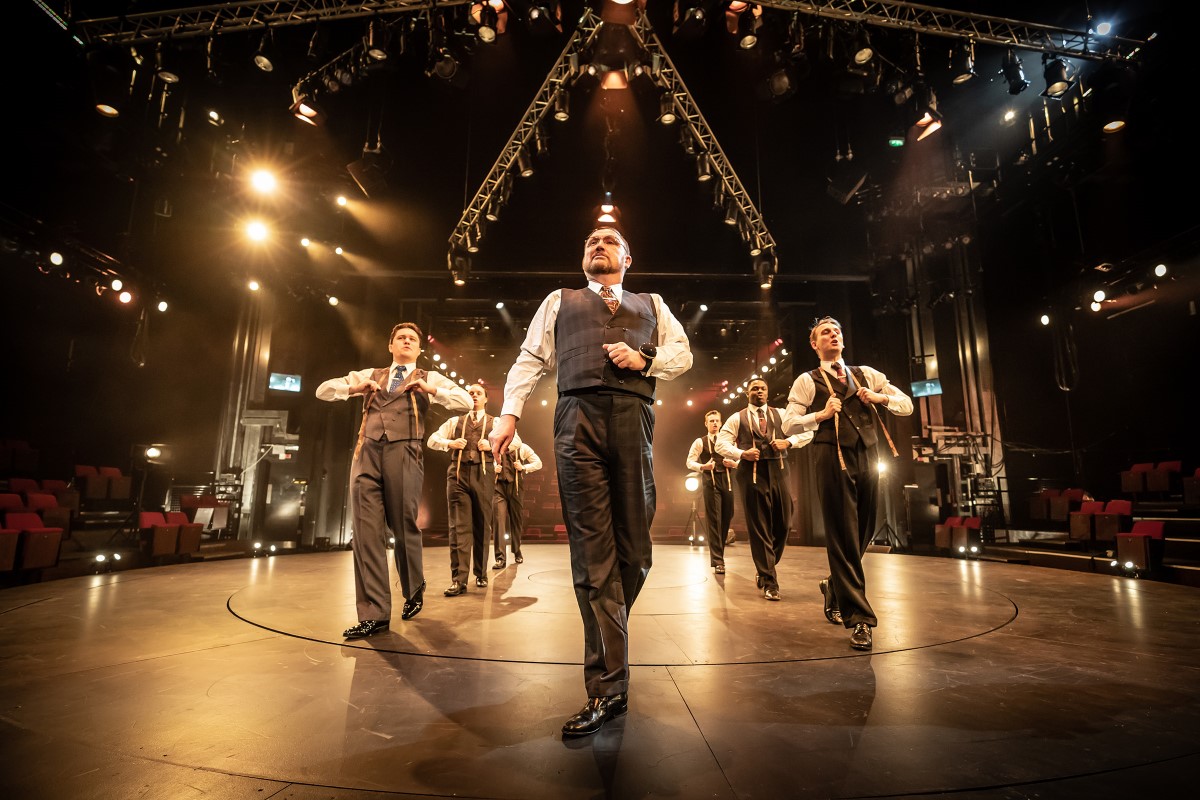 Simon Barrett, head of GLP UK, has a relationship with Ben Cracknell dating back to the time when they both studied lighting at Rose Bruford College. “The plan is to help with the theatre reopening, as they rearrange the space to stay Covid-compliant,” he said. “We are pleased to support the theatre with the use of our 350 range of fixtures.” 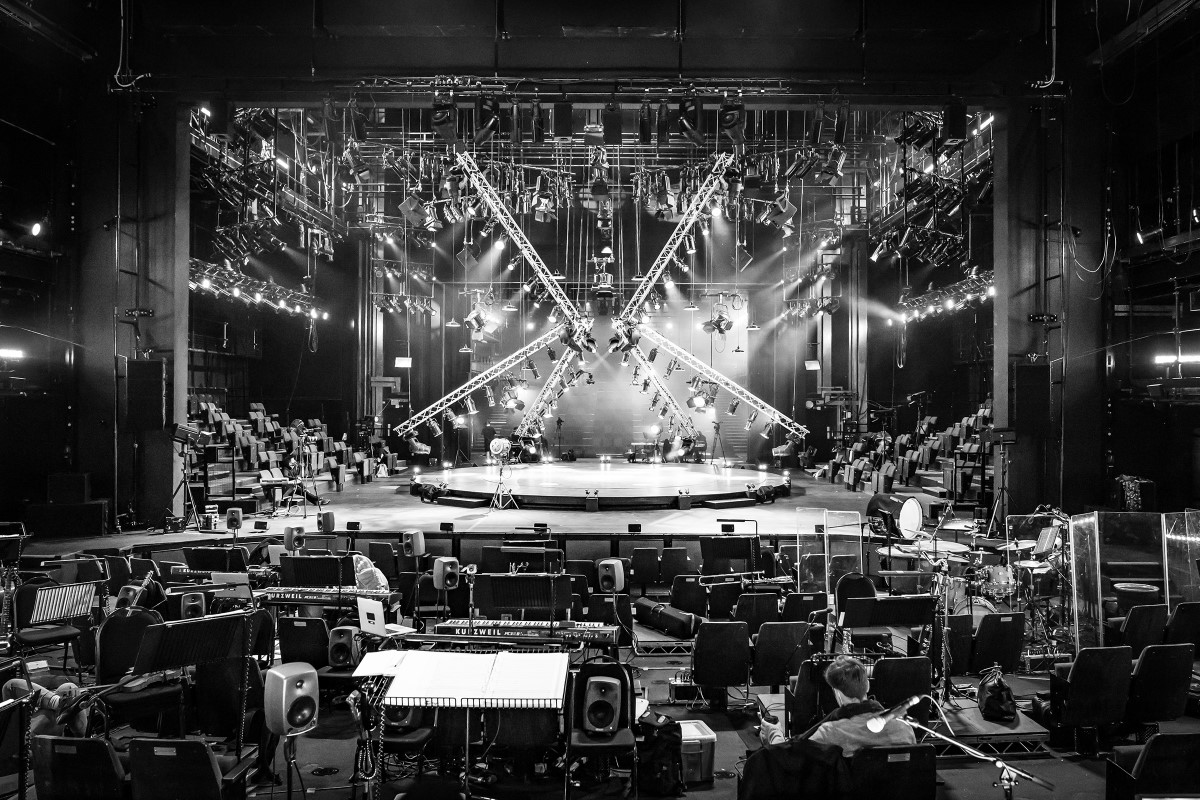 The main stage is a 10-metre circular revolve, with the audience spaced in the 960-seat auditorium, a bank of seating in each wing, and finally in the area that is normally the Studio theatre stage.

According to the theatre’s head of lighting, Jonathan Laidlow, who also designed the reconfigured in-the-round auditorium using CAD, “It’s very rare to open up the theatre like this, as most tours we receive are in the traditional format. But the theatre was designed for this purpose, and the one bonus of Covid is how we are able to use the theatre differently and show how well it can work.”

The reconfiguration has also provided an obstacle for Ben Cracknell, who admitted he was relishing lighting an in-the-round set up and the challenge of lighting this ambitious production for film. The lighting rig resembles the spokes of a wheel with moving trusses radiating out from a central point high above the circular stage drawing focus into the primary playing space. 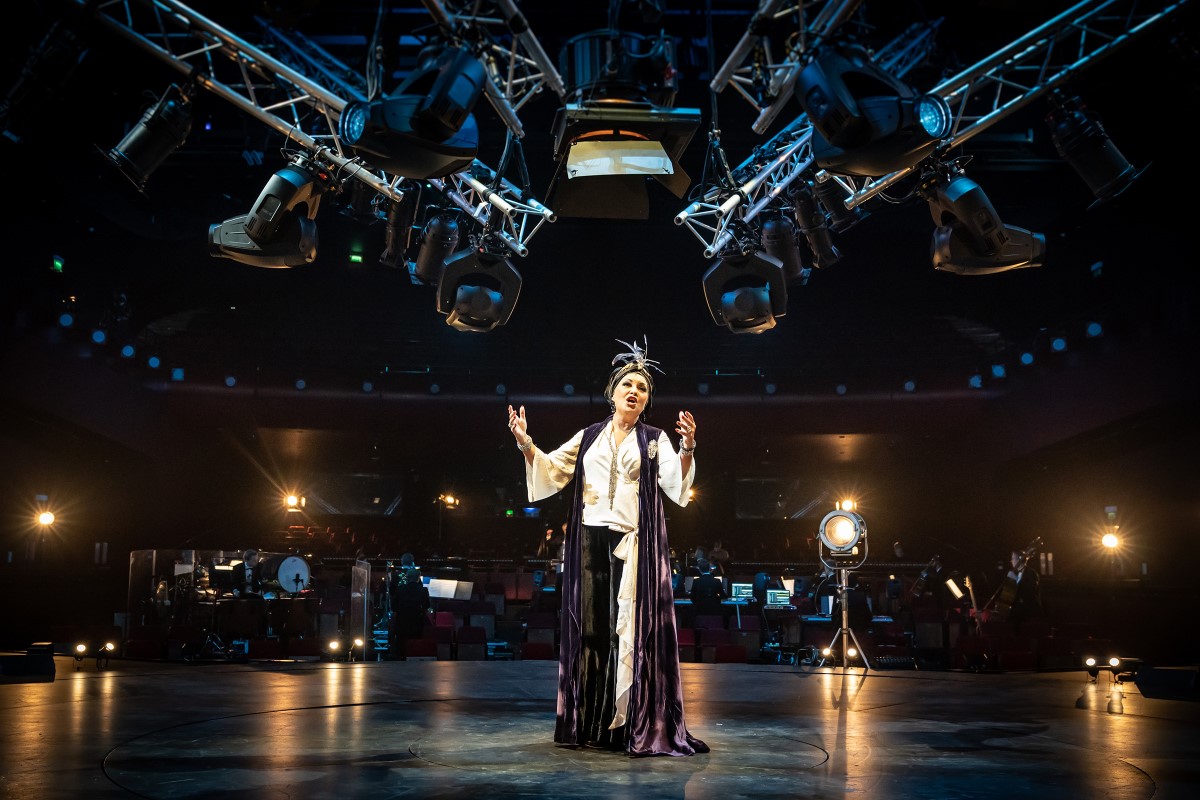 “The building is now a huge oval, the design works on an epic scale; this version of Sunset Boulevard feels more like a live event.”

Cracknell had also lit the touring version of the show, and since this production will reunite the cast of the original, he will be able to pick up on a familiar aesthetic.

“Our director Nikolai [Foster] has worked wonders to show our audience watching at home an entirely unique view of the theatre. Now they can climb high onto technical galleries and see all the usually hidden wonders the theatre has. I wanted to light the building architecturally so the viewing audience can marvel at the epic nature of the space,” he explained. “The lights are positioned using the fly tower of the theatre, with big sources coming through the grid, which is about 18m high.”

Since the flying frame is automated, the impression 350 range will be set at varying heights, as the grid moves into different positions, allowing spectacular beam movement. 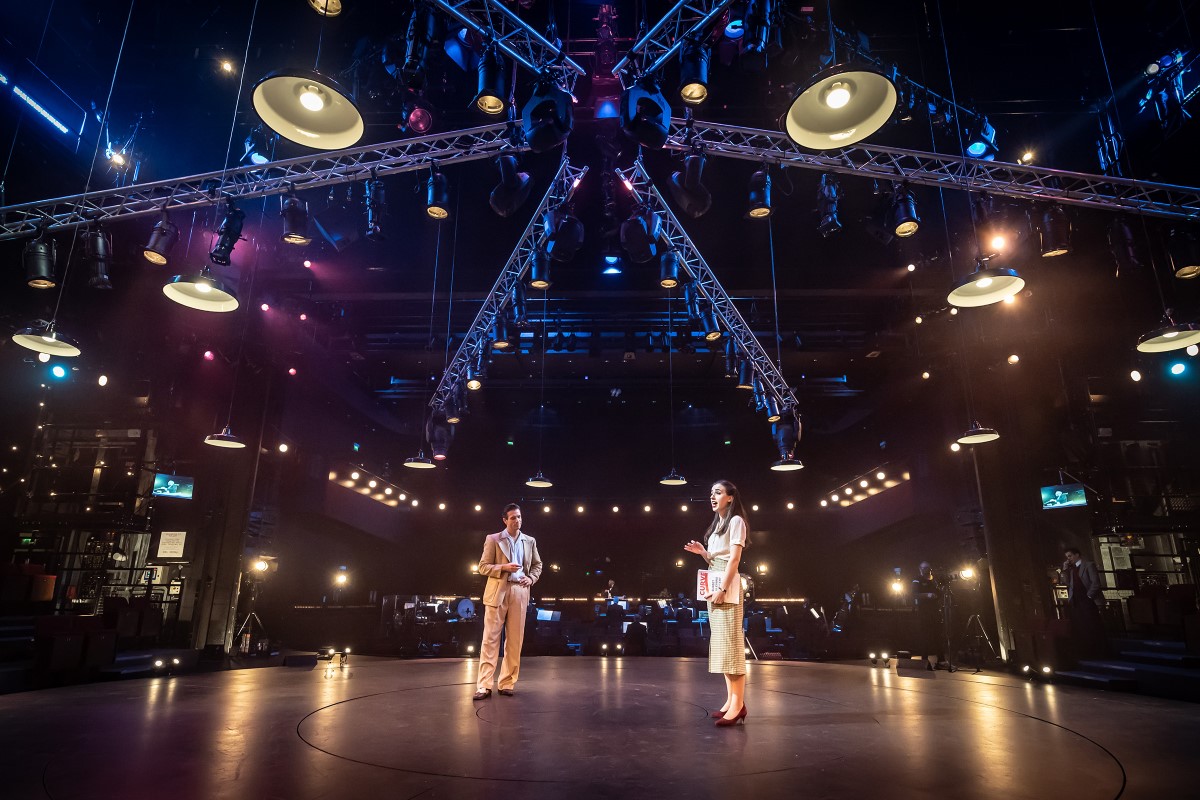 Despite having used GLP solutions many times in the past—dating right back to the original impression X4— this is his first excursion with the 350 range. Having heard all about them he was excited by the prospect. “They are nice compact units—not in any way cumbersome—and sit neat and tidy on the flying truss.” Both he and Jonathan Laidlow were impressed by the CLD white light source and variable CTO of the range, enabling the LD to adjust the color temperature of the lights to best suit the needs of the camera.

Laidlow highlighted other important features. “The noise is quite important as normally you get to hide things behind the pros arch, but not in this setting; fortunately the GLP’s run extremely quietly. They are quick and quiet and the shutters on the S350 are extremely good … fast and precise.”

Programming the lighting on an ETC Eos Ti is Curve’s senior lighting technician, David Hately, and the show director is Nikolai Foster.