Dancehalls Stars On Tour With GLP 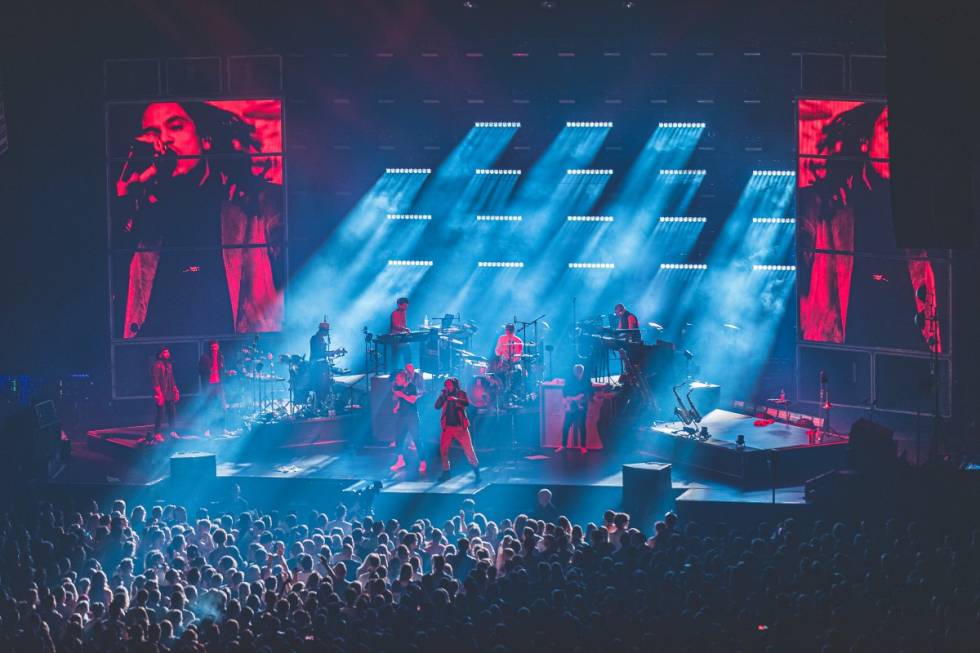 Fans of Seeed have had to wait a long time for a new record and tour from the 11-piece Berlin based dancehall and reggae ensemble. In fact, almost a year was spent even before the completion of this disk in the preparation. The design collective HELL, based around Nik Evers, Timo Martens and Philip Hillers, took care of the lighting, stage and content design for the tour, in support of the current album, BAM BAM. 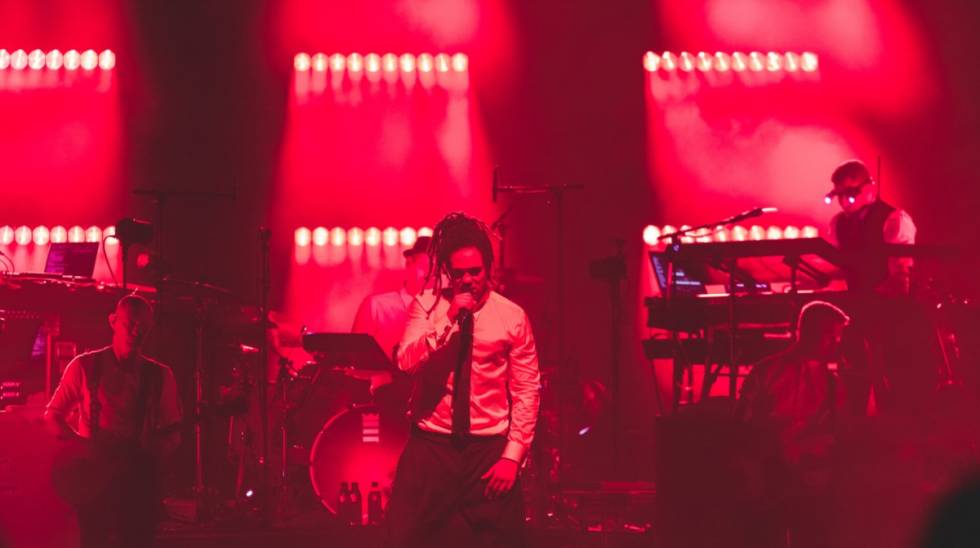 “One year of preparation sounds like a long time ago,” states Nik Evers, but this is put into perspective very quickly when considering the complexity of the design process, which included an intense rethink at different stages along the way. Timo Martens also explains the idea behind it. “A Seeed concert is very special in its own way,” he says. “The show’s central elements in the stage design were two oversized box towers, with the band risers positioned between them. With a neon installation on the towers the band risers becoming a connective system, and this very clearly defined neon installation underlined the design of the set. To create the clear lines of the set, a lighting system had to be created that was very diffuse so as not to compete with the neon installation. 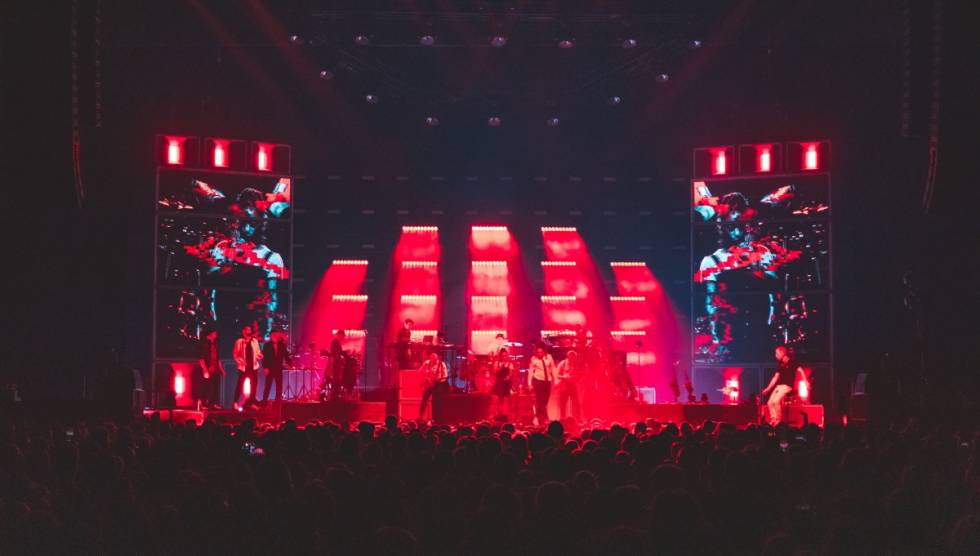 The resulting neon and a matrix of powerful backlights formed the basis for a brilliant and impressive show with a great deal of impact.” In the centre of this matrix, there is a further narrow, supplementary neon installation. “One of our first ideas was to use the impression X4 Bars from GLP,” says Nik Evers. “I’ve enjoyed working with these Bars for a long time — I like their features, the clean lines they produce and the seamless juxtaposition. But I also realized that these Bars probably would not have enough high intensity to be used as a stand-alone effect — especially in the big arenas like the Cologne Lanxess. I was looking for a lamp with comparable features, but with greater output.” The answer lay in GLP’s new impression FR10 Bar. 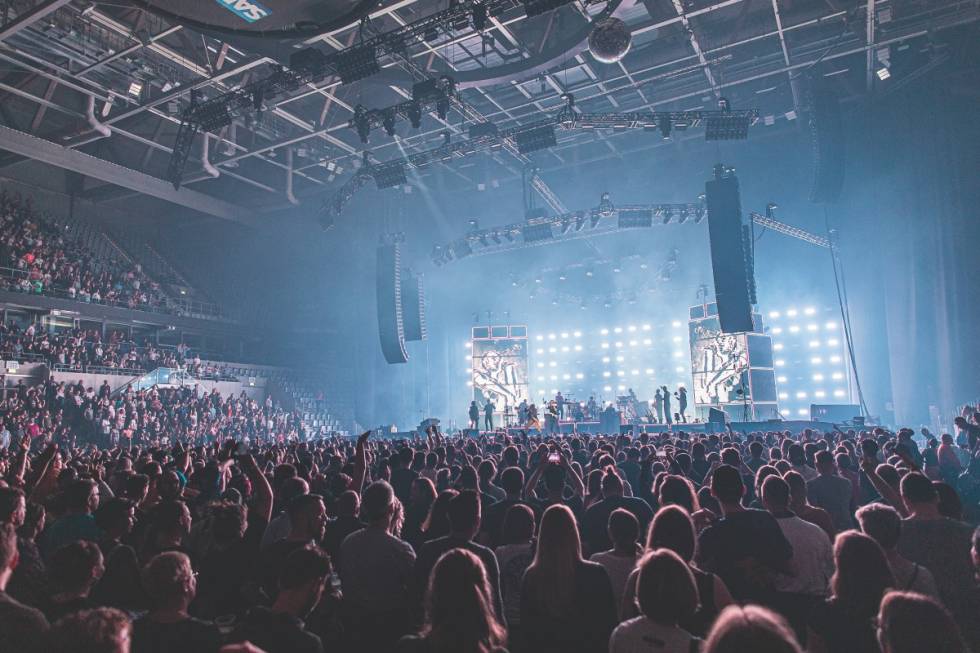 “We knew that we would be the first to field test these new lamps,” Timo Martens admits, “but we also knew that we could rely on GLP. If you take a lamp at this stage on such a tour, then the support must be right. And that was absolutely the case with GLP,” he continues. “In Karlsbad, everyone knows what this lamp can do and what it cannot. In this respect we have been in constant contact with product manager Michael Feldmann and the development team.” He said that certain suggestions from the HELL team had been taken up. 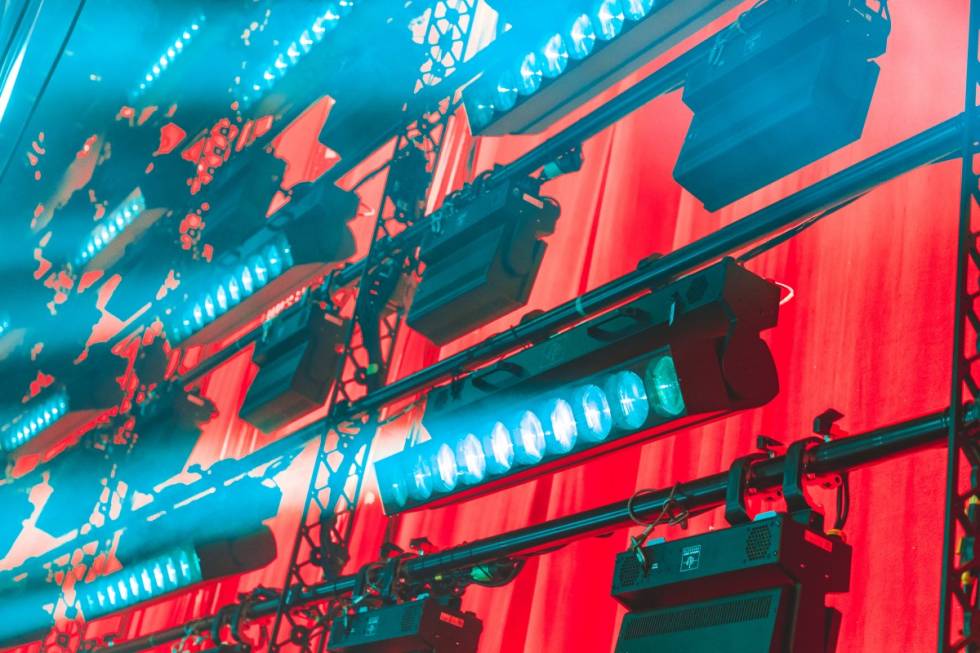 “But more importantly, none of the FR10 Bars have let us down so far. We demand a lot from the lamp,” he continues, referring to the single zoom that the design duo likes to use, “and we are already convinced that this lamp will have a permanent place in lighting design, particularly for the upcoming shows next summer.” 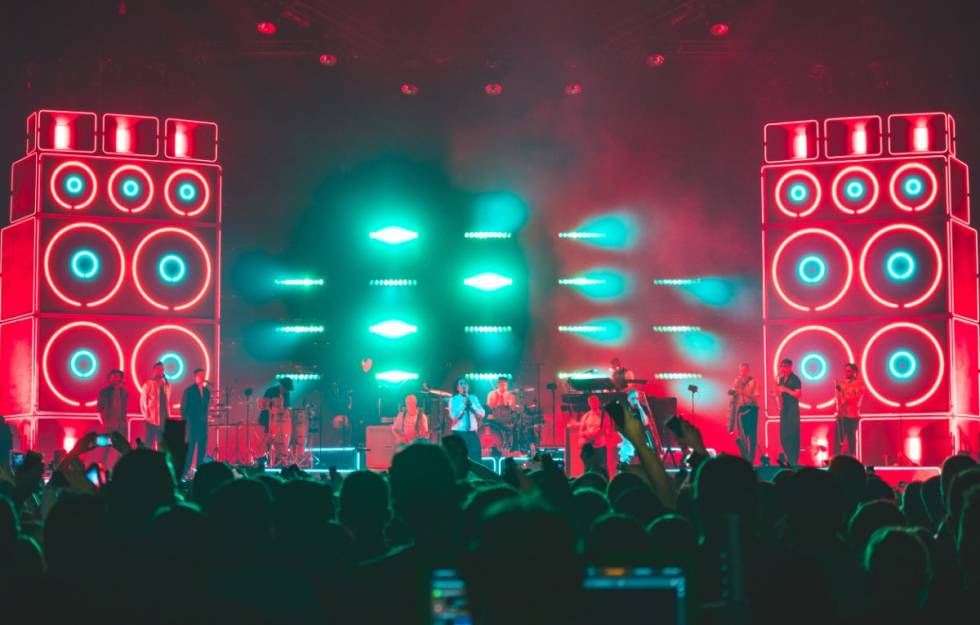 In order to be able to bathe the entire stage in a special glowing light, the HELL team dipped further into the portfolio of GLP. “The JDC1 [hybrid strobe] was the perfect choice for us, because the output is impressive, and particularly because they tilt like no other lamp on the market,” they say. “A total of 30 JDC1 are concealed at the bottom of the set, creating a special mood and immersing everything in a single color.” 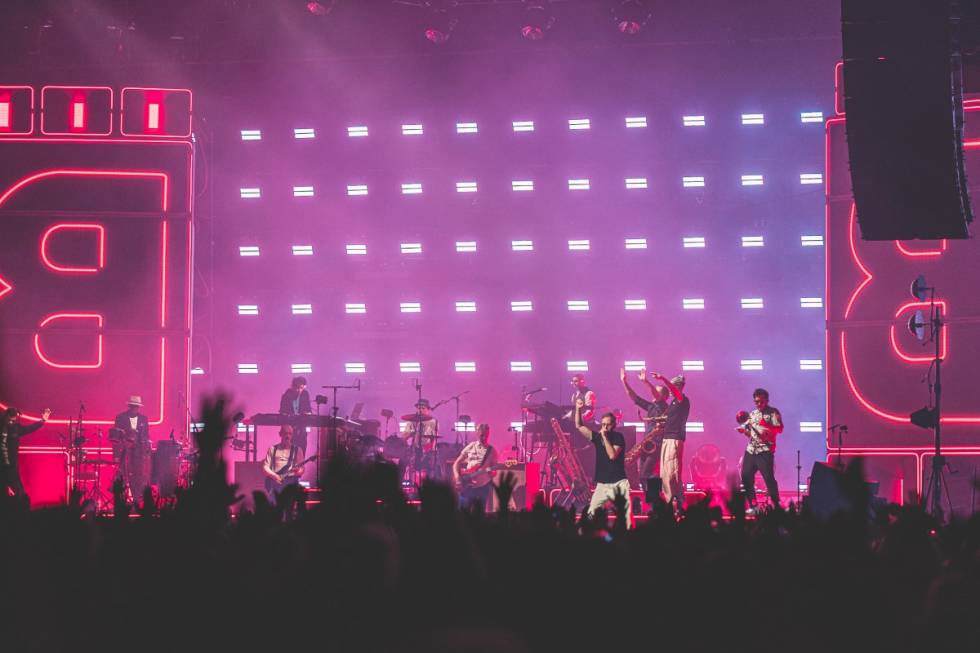 In front of the screen, the space is created to develop the visuals to accompany each song. “The exciting thing was that we cannot only use the Tilt function to project light from below, but sometimes focus almost head-on into the audience or just sharply behind in the background.” And in terms of reliability, the lighting crew had no need to worry. “From 217 JDC1 in use, there has not been a single failure at over 20 concerts so far,” confirms Nik Evers. 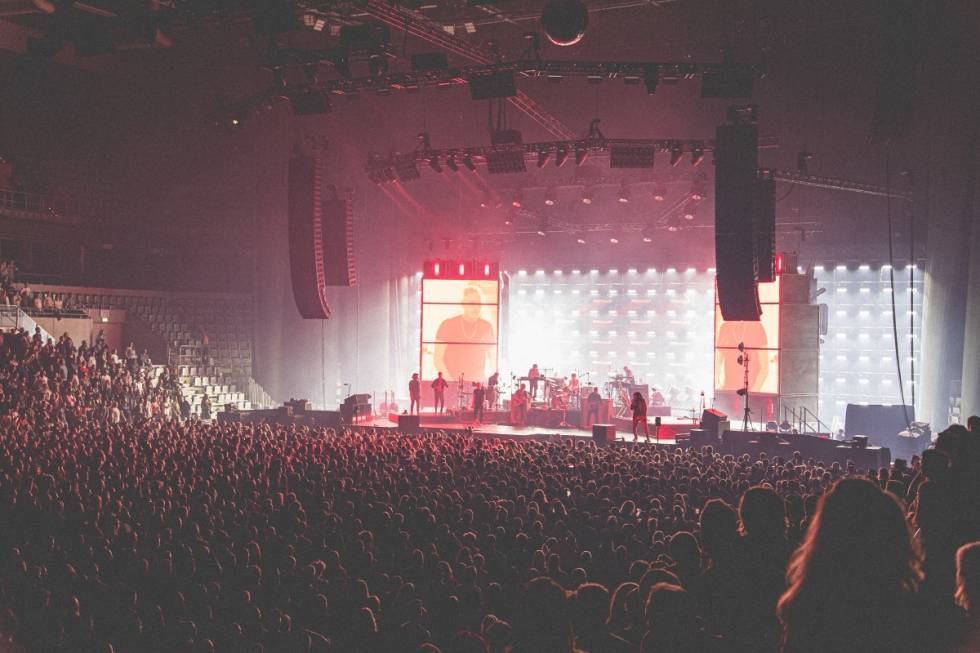 Special note: there is not only the huge matrix of JDC1, which provides the necessary impact to the front, but in between, almost concealed, the FR10 Bars are installed. “We treat the JDC1 quite differently, sometimes with pixel mapping, then with clear colors and, of course, as a really heavy strobe,” states Timo Martens, describing the types of use. And once again the designers use all the tilt possibilities that this fixture allows. 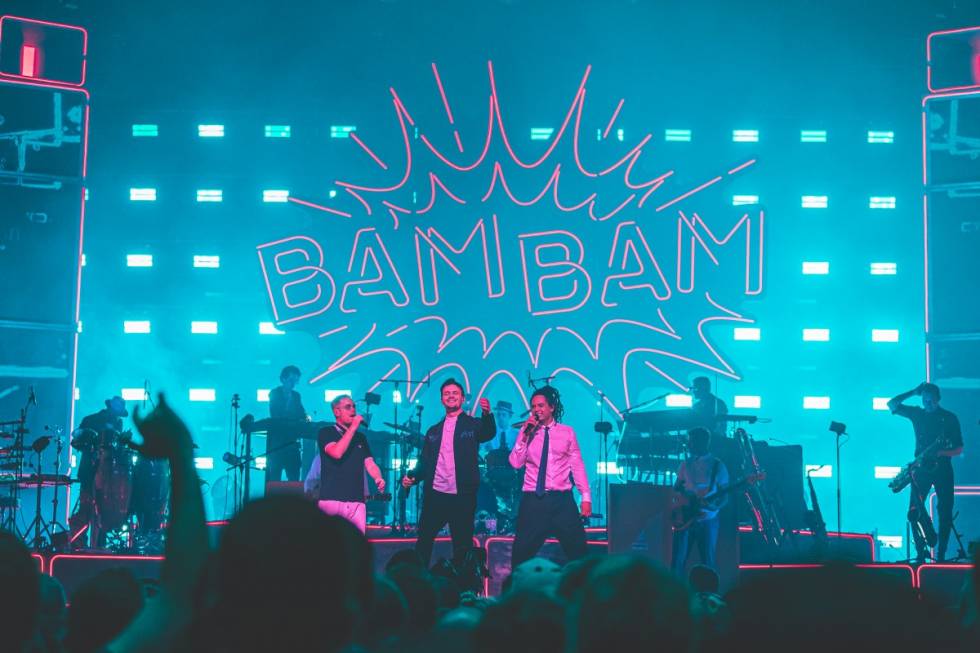 In sharp contrast to this are the 18 impression FR10 Bars, which with their tightly focused beams, cut through the imposing JDC1 canvas and create an impressive effect of their own. It is GLP’s new FR10 Bars that provide the finale of the song Black To Blue, when they are actually the only lamp in the set to be used … for a real goose-bump moment. 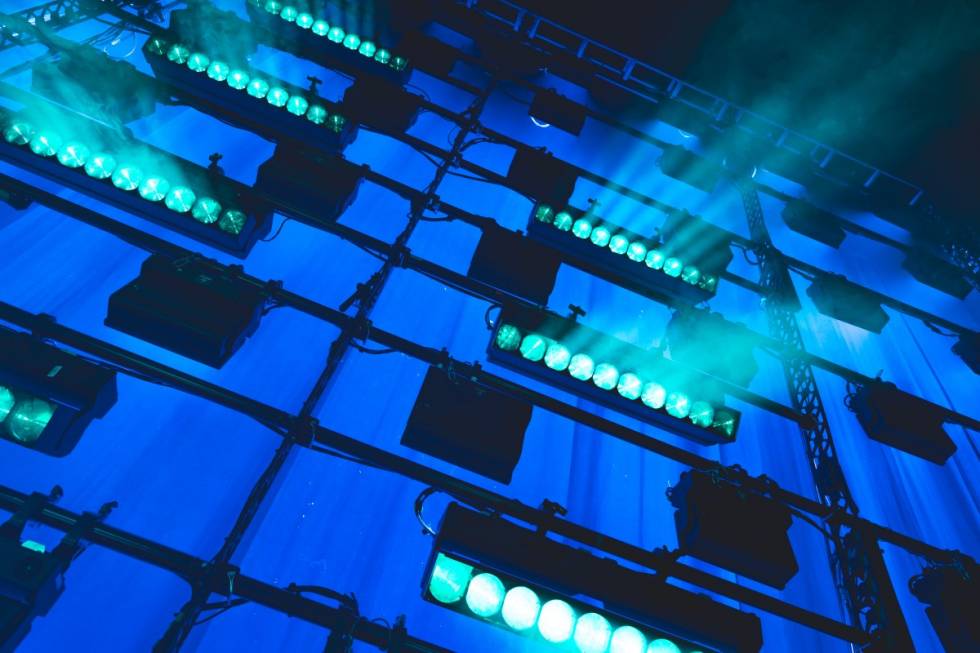