As well as providing creative direction for Keith Urban, Tom has already made a name for himself Stateside, winning the KOI Sword last year for his work on Pitbull’s Las Vegas residency and tour.

The Keith Urban tour also had a Las Vegas segment thrown in, with a spot at the CMT Awards in Nashville and two valedictory nights at The Colosseum at Caesar’s Palace, also co-designed with Brian Burke, to round off the tour. 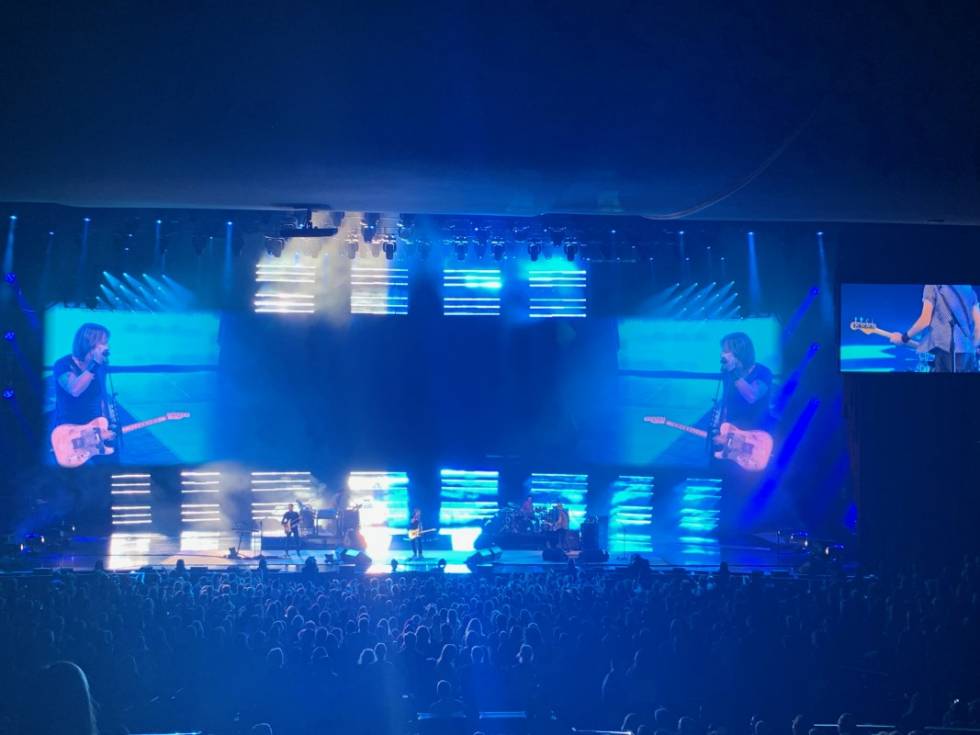 With Hunter Selby assisting in the lighting design, the DX7 Design team commandeered no fewer than 200 impression X4 Bars and 50 JDC1’s from PRG.

DX7 Design already has numerous touring and prime time reality show and popular entertainment TV credits to its name in both the US and UK. Along the way they have frequently used GLP solutions in their scenography, notably X4 Bars and JDC1’s, most recently on Westlife’s The Twenty tour and Dancing With The Stars.

“For Keith Urban’s Festival Tour, the driving factor was creating the greatest impact on a festival stage while making the touring aspect of the production as scalable and manageable as possible,” states Tom Sutherland. “The entire rig had to be able to load-in and load-out quickly and efficiently and be able to be scaled according to the vastly different capabilities and sizes of the venues, while still maintaining the original impact and design of the full production.” 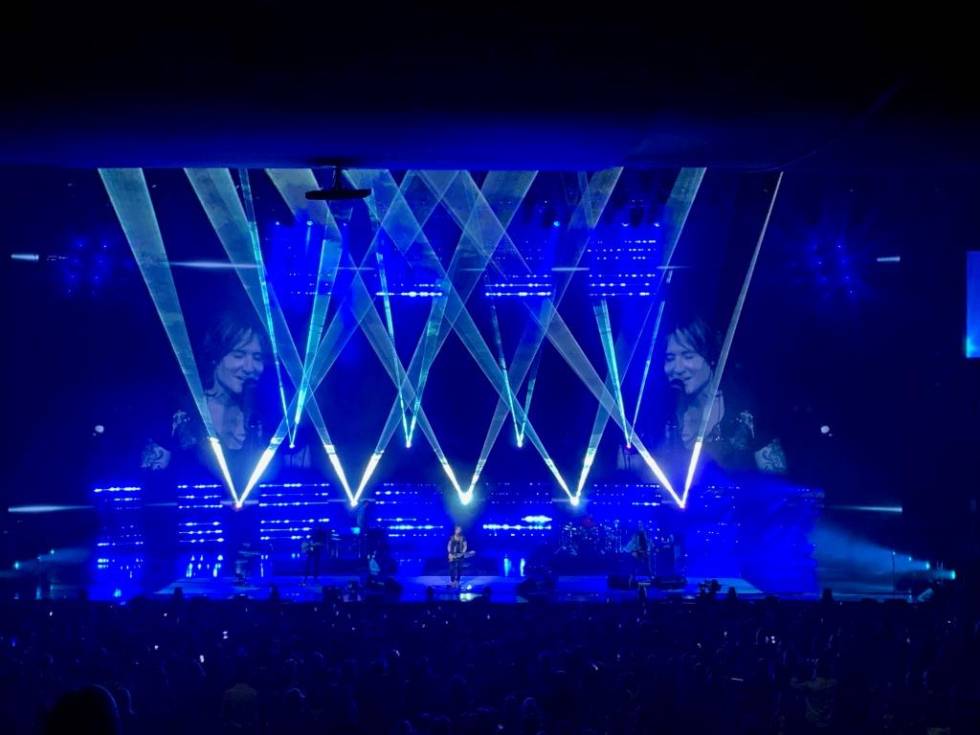 The X4 Bar 20s and JDC1 hybrid strobes were specified in deference to the fact that half the shows would be occurring in daylight and the other half in the night-time. “We needed fixtures that provided enough punch to be impactful in both situations, while simultaneously providing the flexibility we needed for the execution of the creative vision,” he said.

And to fulfil this vision PRG supplied a full touring package comprising 120 X4 Bar 10’s, 96 X4 Bar 20’s, 52 JDC1’s and a pair of impression X4’s. Only eight non-GLP fixtures featured in the design, and the entire system was controlled using a GrandMA2 Full. All fixtures were arranged in a curved pattern on custom built pods that had a mirror shard background.

Reviewing the set-up Tom Sutherland said that the scale of this tour was on a level that had not been previously attempted in these types of venues. “The venues were vastly different in all aspects, including stage size, power availability, rigging capabilities, trim heights, etc., so the entire design had to be scalable to create many different configurations. In total, four different configurations were designed prior to the tour, in addition to a separate configuration that was designed for his performance on the CMT Awards at the Bridgestone Arena in Nashville.” 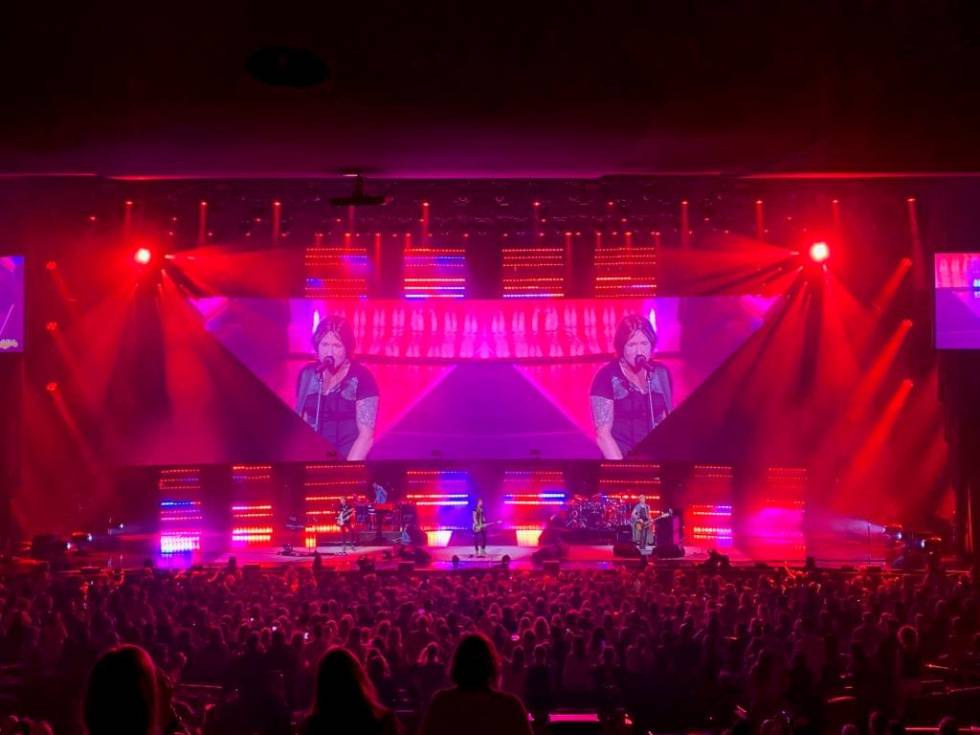 He was in no doubt of the roles that would be adopted by the X4 Bars. “The zoom control allows for a variety of looks—some beam oriented, while also allowing for more wash and ‘twinkle’ oriented looks.” Both provided the punch needed to compete with the sunlight.

“As for the JDC1’s, the programming definitely took advantage of the individually-mapped elements, therefore giving us the ability to enhance the role of past conventional strobes and blinders. All the GLP fixtures in the rig were run at their highest available control mode, allowing us to control individual pixels.”

He added that being in a festival environment, there was the additional requirement to provide a rig that consumed minimum power. “Ultimately we had to provide the production quality worthy of an extremely high calibre performer and meet the expectation of his audiences.” 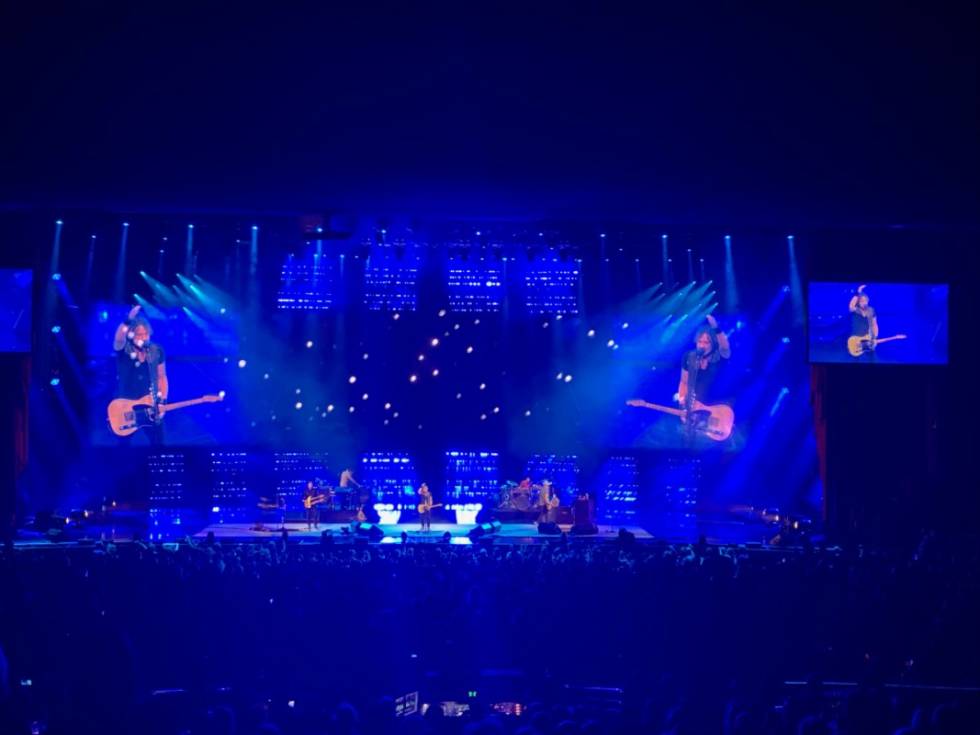 The entire creative process was a collaboration realized in DX7 Design’s in-house studio. Tom Sutherland conceived the ideas, and working together with Joe Holdman and Hunter Selby, along with Brian Burke, further ideas were developed and drawn before being executed in conjunction with PRG Projects. Programming duties were divided between Celine Royer, Joe Holdman, Martin Higgins, and Nick Hansen, while Holdman, in addition to his role as associate designer, also acted as tour lighting director.

DX7 now move onto the current season of Dancing with the Stars and the 2019 People’s Choice Awards.