When British lighting designer Stu Dingley realized, back in 2018, that most of the acts he was servicing were Los Angeles based, he made the radical step of moving to California, believing that not only was it a great place to be based, but he could avoid the increasing commute.

Most recently he was approached by Meggan Mckenzie, creative director for Atlanta rapper Young Thug, to work alongside her in creating the production and lighting design, and bringing her ideas to life. He was soon dipping into the GLP toolbox in search of his solutions, coming up with the JDC1 hybrid strobes and impression X4 Bar 20 battens.

Explaining the rationale, he said: “We wanted first off to be able to box in his riser and really close the stage down but also have enough power in the rig for the really energetic moments. As it was a co-headline tour [with Machine Gun Kelly], we incorporated some automation to be able to change up the looks between acts to give the artists two different performance spaces under the one rig.”

And the JDC1 was central to this concept. “I think these are probably the best strobe units out there at the moment, so it was always going to make it into the design. We used these along with the X4 Bars, which are the only units that can create that seamless wall of light for the cage looks whilst still cutting through the smoke and everything else in the rig.”

Inventory was supplied by Orlando-based LMG, with whom the LD has worked in the past. “They always deliver a great service, so it was really nice to work with them again on this,” he praises. 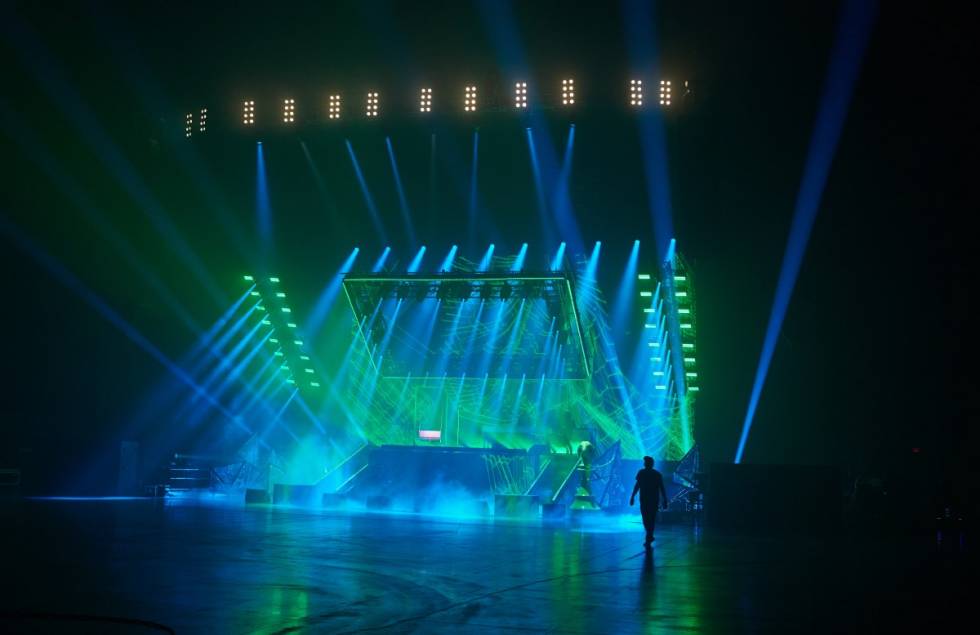 The service company supplied 51 X4 Bar 20s and 32 JDC1s. The X4 Bars formed the ‘cage’ and outlined all edges of the riser and ramps, whilst the JDC1’s were outrigged in an array on two 20ft finger trusses, with both the cage and fingers using automation. All the units ran in maximum channel mode.

Reviewing the performance of the GLP fixtures, Stu Dingley confirmed that “the JDC’s did a great job of providing an overhead wash and when the trusses moved into a 45 degree position, the strobe element really provided the energy.” He added: “I’ve been using both the X4 and JDC1 on a variety of projects recently, mainly concerts and TV work, so I know them well.”

Summing up GLP generally, he said: “They are a super innovative company and their product ranges regularly bring something different to the market. Certainly, the JDC1 changed the game for a hybrid strobe, just as the X4 Bar series did before that.” 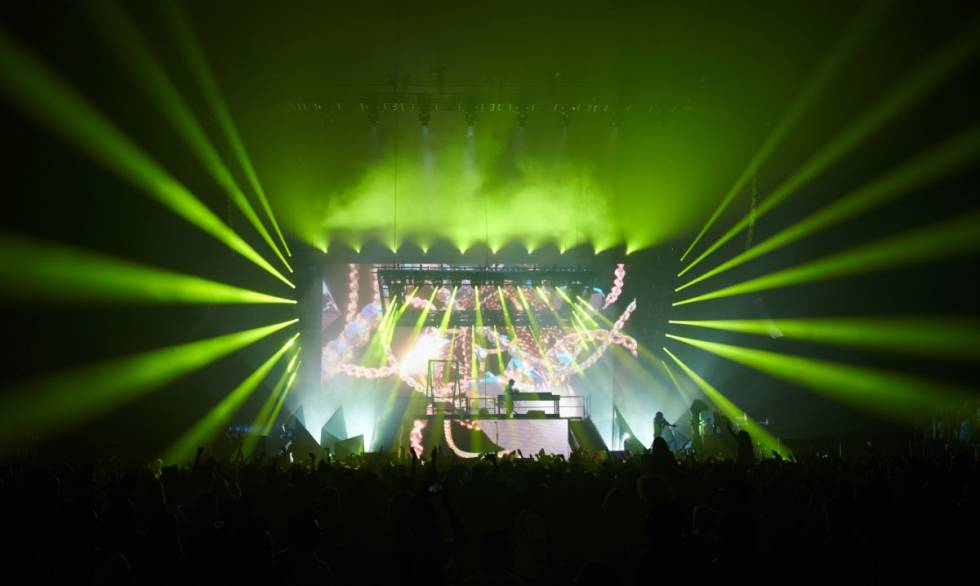 As to the shows themselves, James Washer was the lighting director and programmer using a grandMA2. “He did an outstanding job,” reports Stu. “There were over 50 tracks to programme in the song pool and rarely a setlist to follow … all without timecode due to the unpredictable nature of the performances.”

Wes Henrard, Machine Gun Kelly’s LD, was also given an enjoyable ride. “As it was a co-headline run, both acts had equal access to the full rig and automation—and Wes did a really nice job lighting MGK,” appraises Dingley in conclusion.