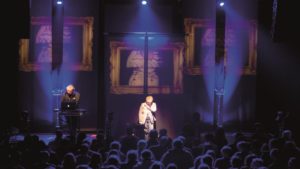 Much is written of large arena and stadia production tours, but how does the LD manage with a small 300-800 capacity club tour, with limited budget, limited infrastructure, limited space in the van … but still with the expectation to deliver plenty of “bang for the buck”?

Armed with video, lasers and an inventory of low-mass / high output LED heads from GLP he realized he could operate all the lighting from a single 13A socket.

“We were travelling in a van, and in the six weeks we were on the road the GLP X4 S and X1 really came into play,” he admits. “LDs should consider these when they have to decide how much gear they can get into the available 2 sq. meters at the back of the van.”

Having initially decided to use only eight of the tiny, high-powered RGBW X4 S LED moving heads to back up single projector video mapping and two tiny lasers, on the day the tour was due to 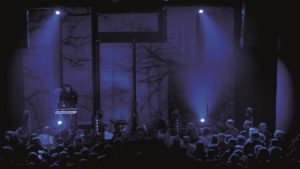 start the rental company Lautwerfer, one of his favored vendors, introduced him to the brand new X1, which features four high powered, 15 Watt, RGBW LED’s with a narrow fixed beam output.

And so in addition to the wash lights he opted to take four of these, impressed by the continuous pan and tilt facility. “We were able to fix them onto a mic stand and they looked fantastic, providing continuous movement. They delivered full effects on pan or tilt, up and downstage so you could see back spin as well as forward spin.”

At each load-in he was aware there would be little available power “and you would be lucky to have one [service] engineer on the day,” he said. “Therefore, having the X4 S was also absolutely invaluable as I could mount the ladder, with one hand holding the truss the other mounting the light.” 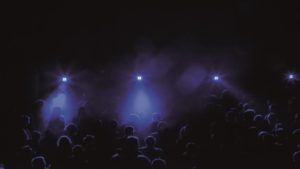 He believes this must have been one of the world’s first one-plug tours ever. “There was no C connector anywhere, just a 13A socket from which we ran all these lamps (and one at FOH for the mixer). And it all took up such little space.”

In operation Rick stressed the importance of being able to use the X4 S zoom to close in on the artiste’s face. “Anne doesn’t move around on stage, she will remain constantly at the mic. With this light I could really trim it down and hit her face with no spill whatsoever onto the projection screen 6ft upstage. 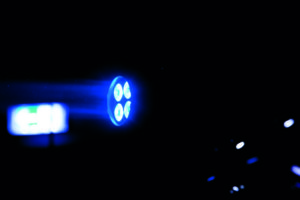 “As for the X1, I never needed to think about it after fixing them to the mic stands until I switched on the continuous pan or tilt — at which point I had everyone started asking questions about cost, weight, and stating how great it was that it could be fixed to a mic stand.” Kay also used it sparingly as a blinder, with all four panning the audience, with strobe and full color and also notably to accompany the song Full Moon, with the lights physically rotating 360° to mimic the spinning moon.

In summary, he said, “I received nothing but positive feedback from all the engineers about both fixtures and we have also received a lot of enquiries about then from clubs,” Rick Kay confirms. “I can recommend for anyone who doing a small tour to just get hold of eight GLP [X4 S and X1] — they are super easy to use, and never experience any problems!”