Kentucky based production designer, Bobby Grey, already had a wealth of real-world experience behind him — ranging from theme parks to theatre, touring and designing top end festival stages — by the time he had reached 30.

His passion for sound and lighting dates right back to high school, when he was in a band; and he was soon bitten by the theatre bug.

Concentrating on lighting he came under the influence of Joe Paradise — and it was he who introduced Grey to his current charges, veteran rock band 311. Along the way Grey became an associate designer with Sightline Design Group, before starting his own company, Notan Creative in January 2020. 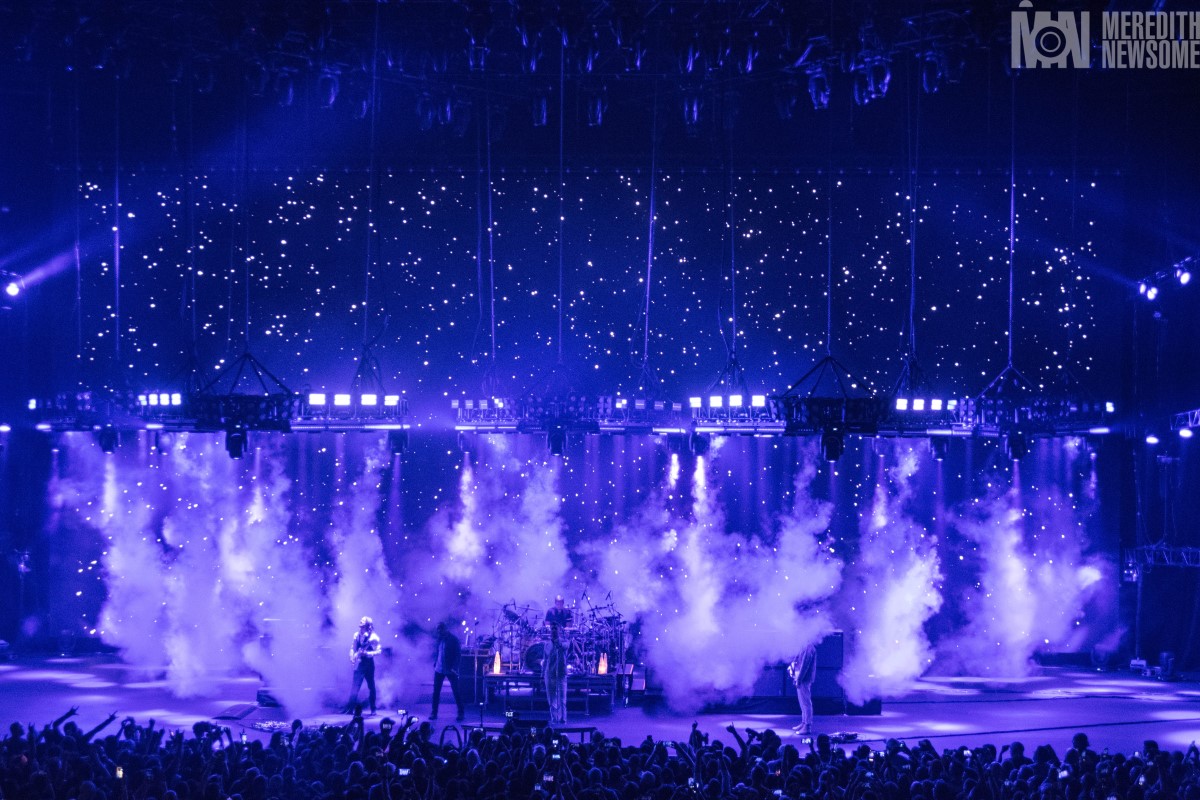 The band are now noted for their summer tours and legendary ‘311 Day’, held annually at the Park Theatre, Las Vegas (Park MGM) on 11th March. But this year the event went into overdrive as they celebrated their 30th anniversary over three nights. Bobby Grey designed another bespoke rig, using an abundance of GLP X4 Bar 10 and Bar 20 and JDC1 hybrid strobes, run in full pixel mode.

Of GLP’s automated lighting he said: “I’m a big fan of the way GLP create unique fixtures that don’t fit the mould of what everyone else is making. It’s great that a fixture like the X4 Bars can line architecture or sets so that the lighting and geometry work together. And I like the versatility of lights like the JDC1, which can be used in different ways to keep the rig looking fresh through the night. Instead of choosing an RGB strobe that gives you color, or a white strobe that gives you punch, we get the best of both worlds in a unique form factor.” 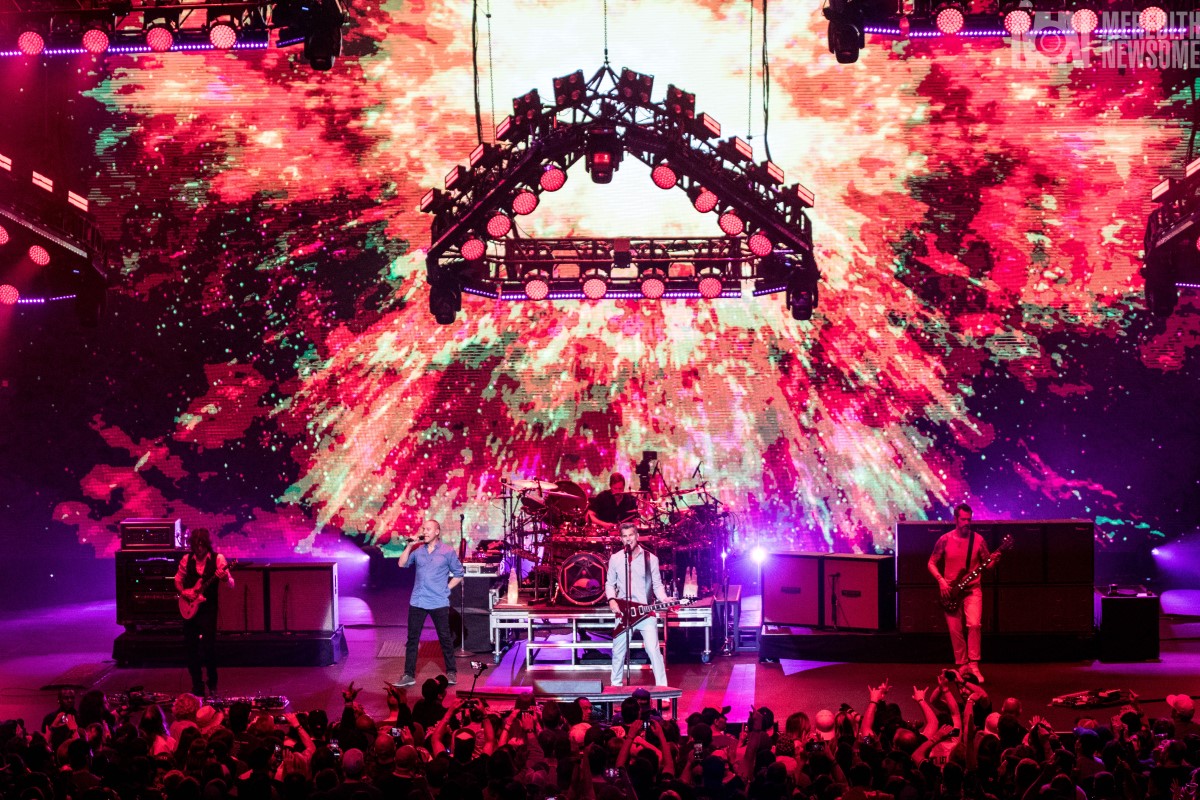 When Paradise first invited Grey to cover some dates for 311 he immediately hit it off with both the band and crew. “I essentially finished growing up on tour with them. Some of our runs were full production shed tours, but some would be just Joe and me, or just me alone, with whatever fixtures we could fit into the back 15ft of truck space,” he said.

Paradise then handed the reins over entirely to Grey to design the March 2018 iteration of ‘311 Day’ at the Park Theatre. “As a result, I did their summer tour design that year and have been working with them on all of their projects since.”

He says the band’s music and aesthetic have always revolved around a ‘space’ and ‘psychedelic jam’ feel. Thus for the recent shows they adopted an outer space/UFO narrative. “At walk in, we had the entire rig at the grid, hidden from view, and absolutely no backline on stage… we even hid the side trusses with curtains. It felt like walking into an empty venue,” he explained. They blacked out the house lights and filled the stage with low lying fog, and throughout the night used trippy psychedelic visuals, spaced themed visuals and live IMAG effects to keep things fresh. 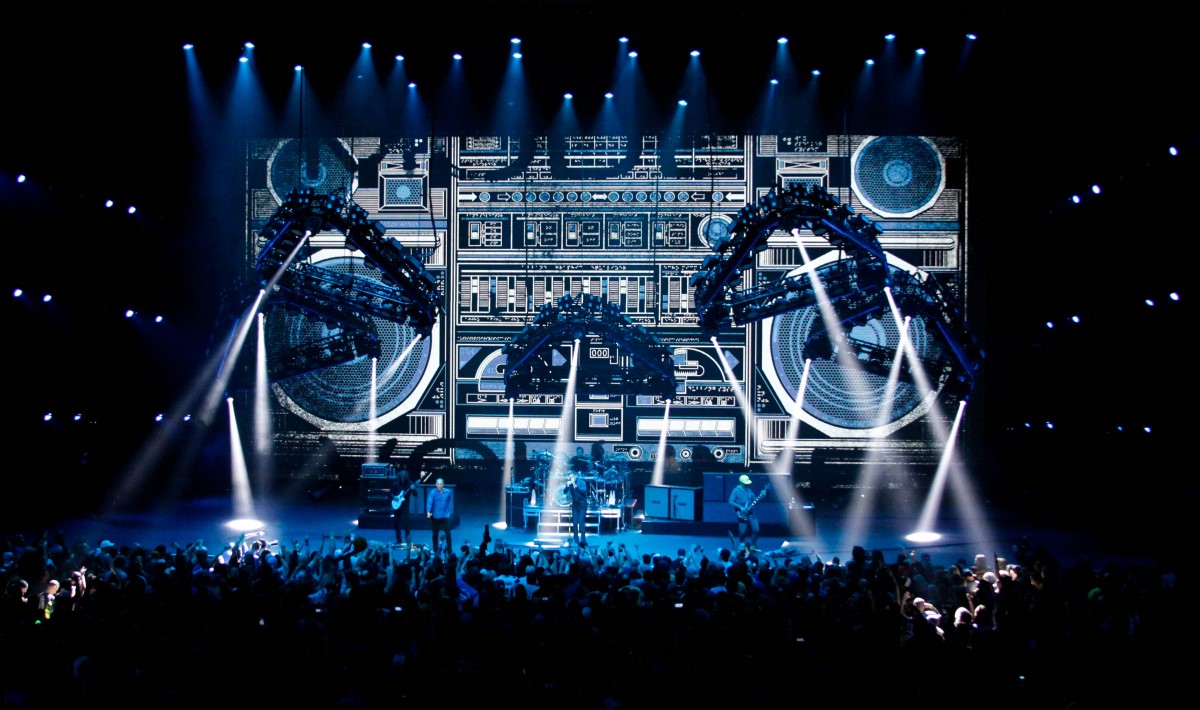 Pods were slowly introduced with cryo blasting from each point. “When I first conceived these pods, it was immediately clear that they had to be lined with X4 Bar 10’s and 20’s. They could be zoomed in tight and point straight down, giving us sheer curtains of light. Or I could zoom them out wide and get lots of bloom on camera that made the pods look like there was a warp drive or energy field emanating from them. It was a key element of the design.

“And knowing that I had so many songs and three nights ahead of me to keep fresh, I knew that the JDC1 was the strobe for the job.”

Only a few songs lend themselves to strobes. Grey said: “If they were missing entirely it would have been noticeable. That’s why the JDC1s were so great. When not being used to burn eyeballs, they functioned as great LED wash effect lights. Since they could tilt, I could point them straight down so they were eye candy for the camera, or point them out at the audience and manipulate their pixels to break up the form of the pods. Their futuristic look really played into the space theme.” 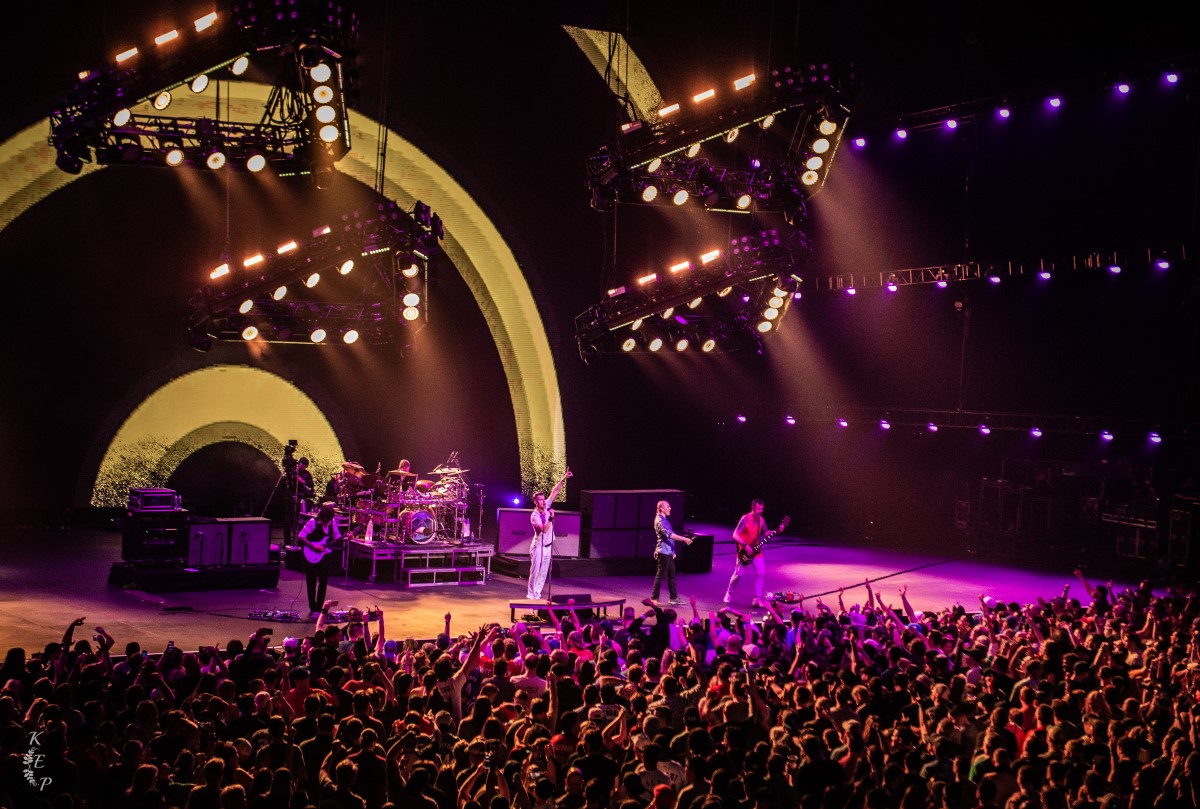 For the success of the three night extravaganza, Grey praised touring director / operator Alex Parayuelos who is “an invaluable asset to the production” and the trust placed in him by the band and their management. He also credits his entire technical crew, special FX vendor Strictly Effects, PRG (which provided automation) and the house crew.

Inventory for 311 Day was provided by Felix Lighting of Los Angeles. “Felix is a very supportive family and a rock in the Los Angeles lighting community,” said Grey. “Our rep, Ryan Herrera, bent over backwards to pull the pieces together for us. For our summer tours we have been very well taken care of by TMS from the band’s hometown, Omaha. Aaron Steinbrink, our account rep, has made sure that our gear has been flawless every time.”

Summarising the impact created by the GLP automated LED fixtures, he concluded: “The company has a wonderful reputation as innovators and producers of quality, reliable equipment. I’m now working on a design that will utilize a few hundred KNV units!”